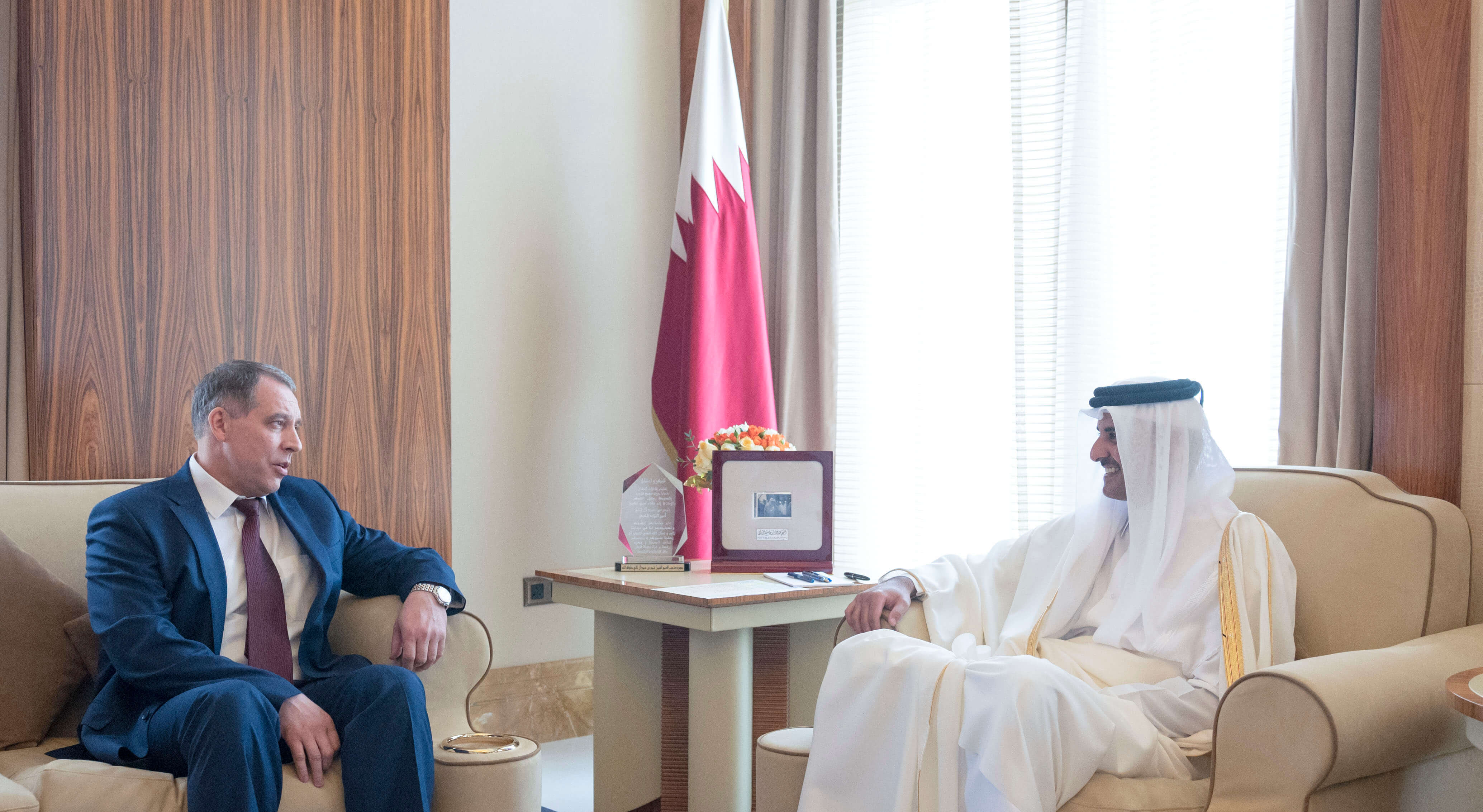 His Highness the Amir Sheikh Tamim bin Hamad Al Thani received on Monday at his office in Al Bahar Palace HE Secretary General of Gas Exporting Countries Forum (GECF) Yury Sentyurin, on the occasion of assuming his duties.

At the outset of the meeting, HH The Amir congratulated HE Yury Sentyurin on assuming the office of GECF Secretary General, and wished him success in his duties.

During the meeting, both sides discussed means of supporting and strengthening cooperation between the State of Qatar and GECF, in addition to a number of issues of mutual interest.