HH The Amir Receives Letter from King of Morocco 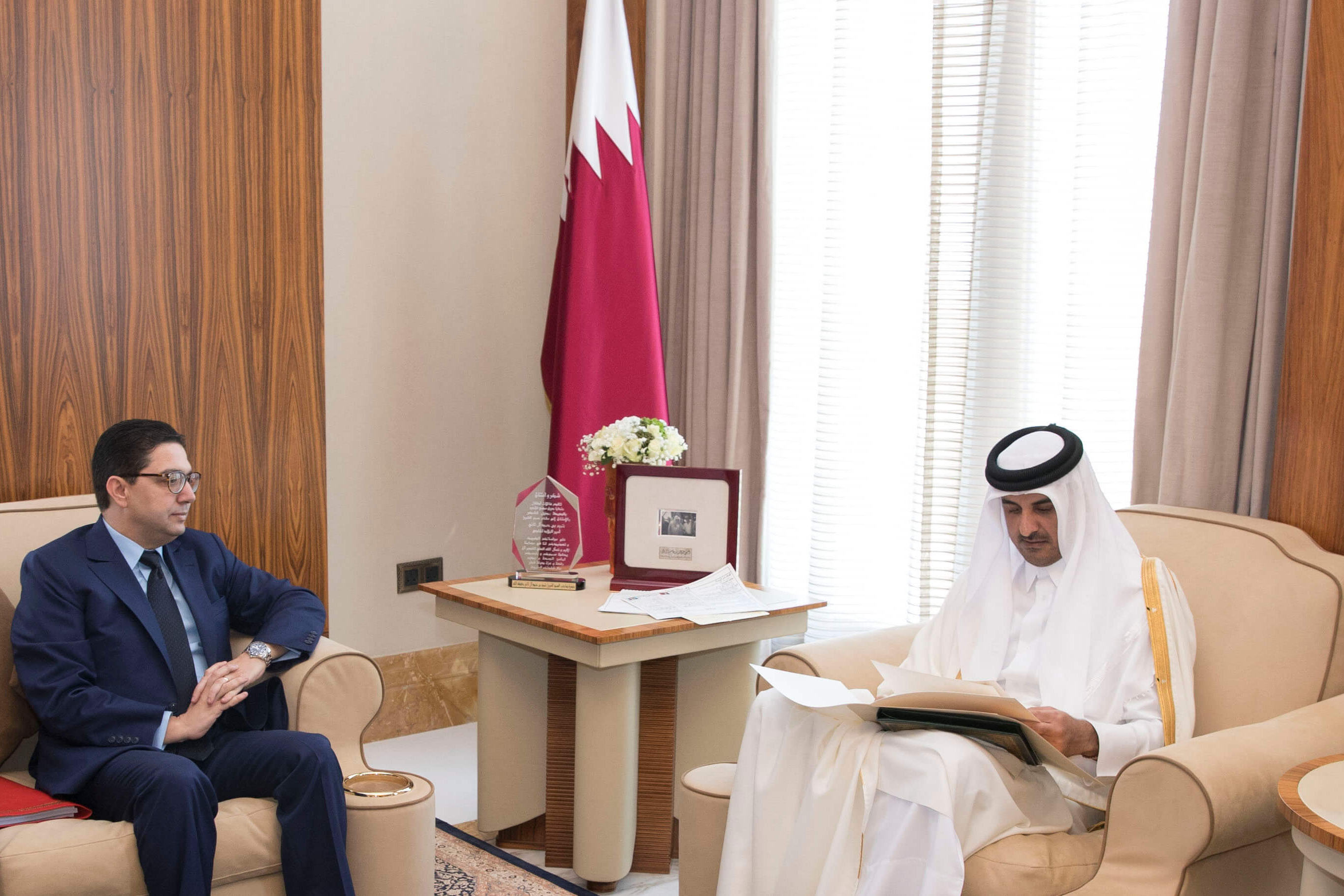 His Highness The Amir Sheikh Tamim bin Hamad Al Thani received a written message from HM King Mohammed VI of the Kingdom of Morocco, pertaining to the bilateral relations and ways to boost the joint cooperation between both countries and achieve common interests.

The message was handed over by HE Morocco's Minister of Foreign Affairs and International Cooperation Nasser Bourita, during a meeting with HH The Amir and his accompanying delegation at his Al Bahr Palace office this morning.

At the beginning of the interview, HE the Minister conveyed the greetings of HM King Mohammed VI to his brother The Amir, wishing him good health and happiness and the Qatari people progress, development, and prosperity.

For his part, HH The Amir entrusted the Moroccan Minister of Foreign Affairs with his greetings to the HM King Mohammed VI and wished him happiness and the brotherly Moroccan people further progress and prosperity.