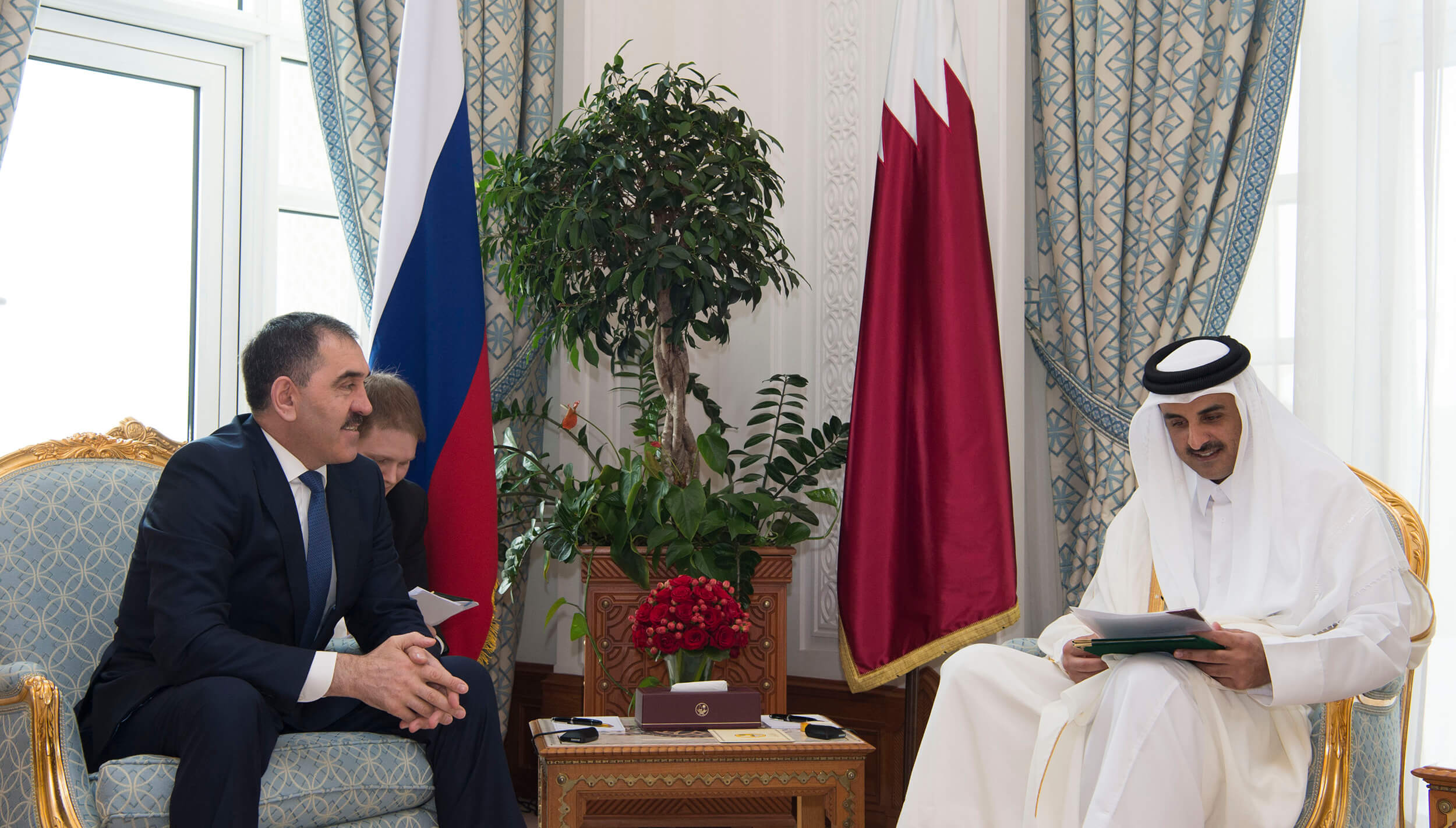 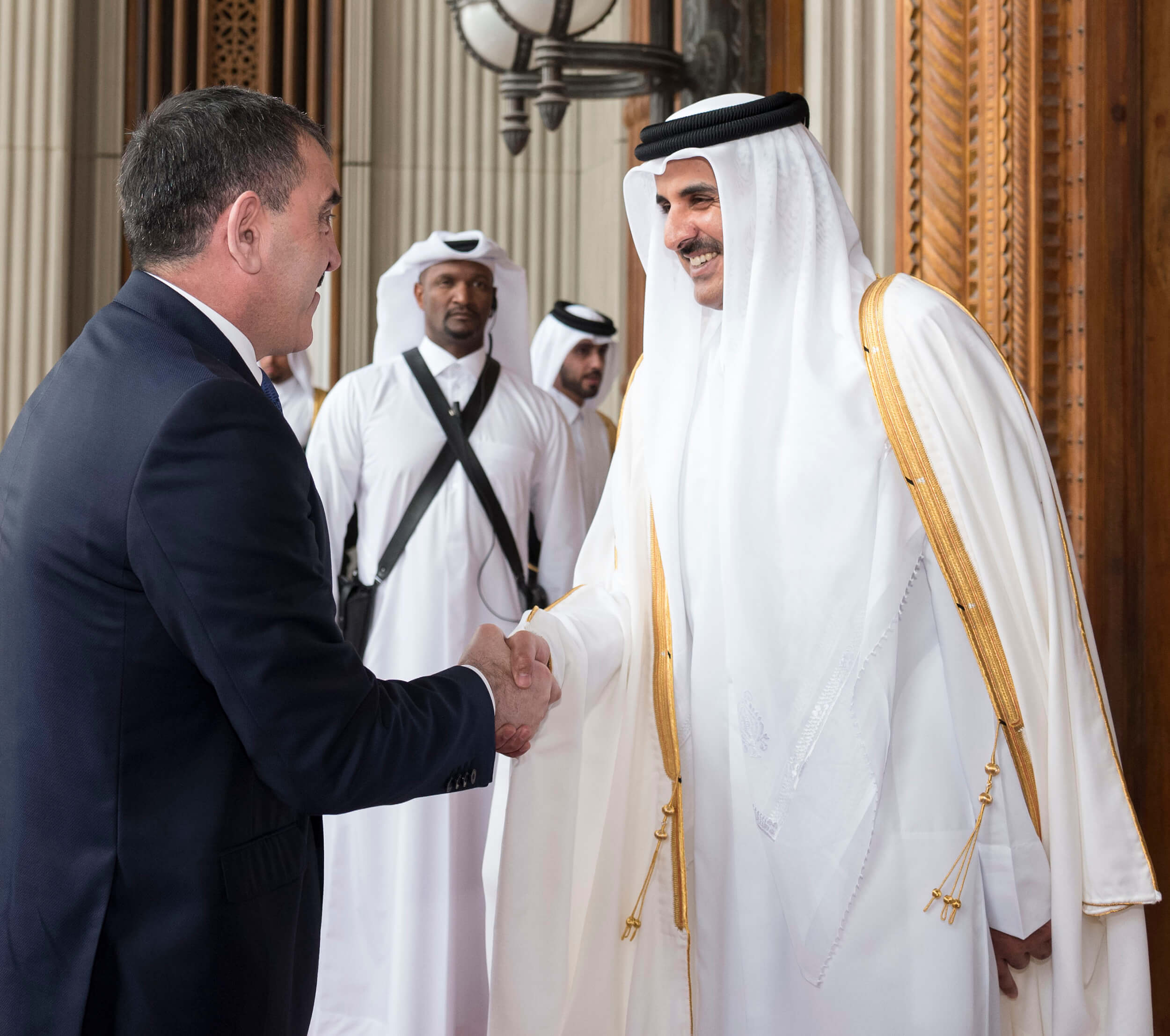 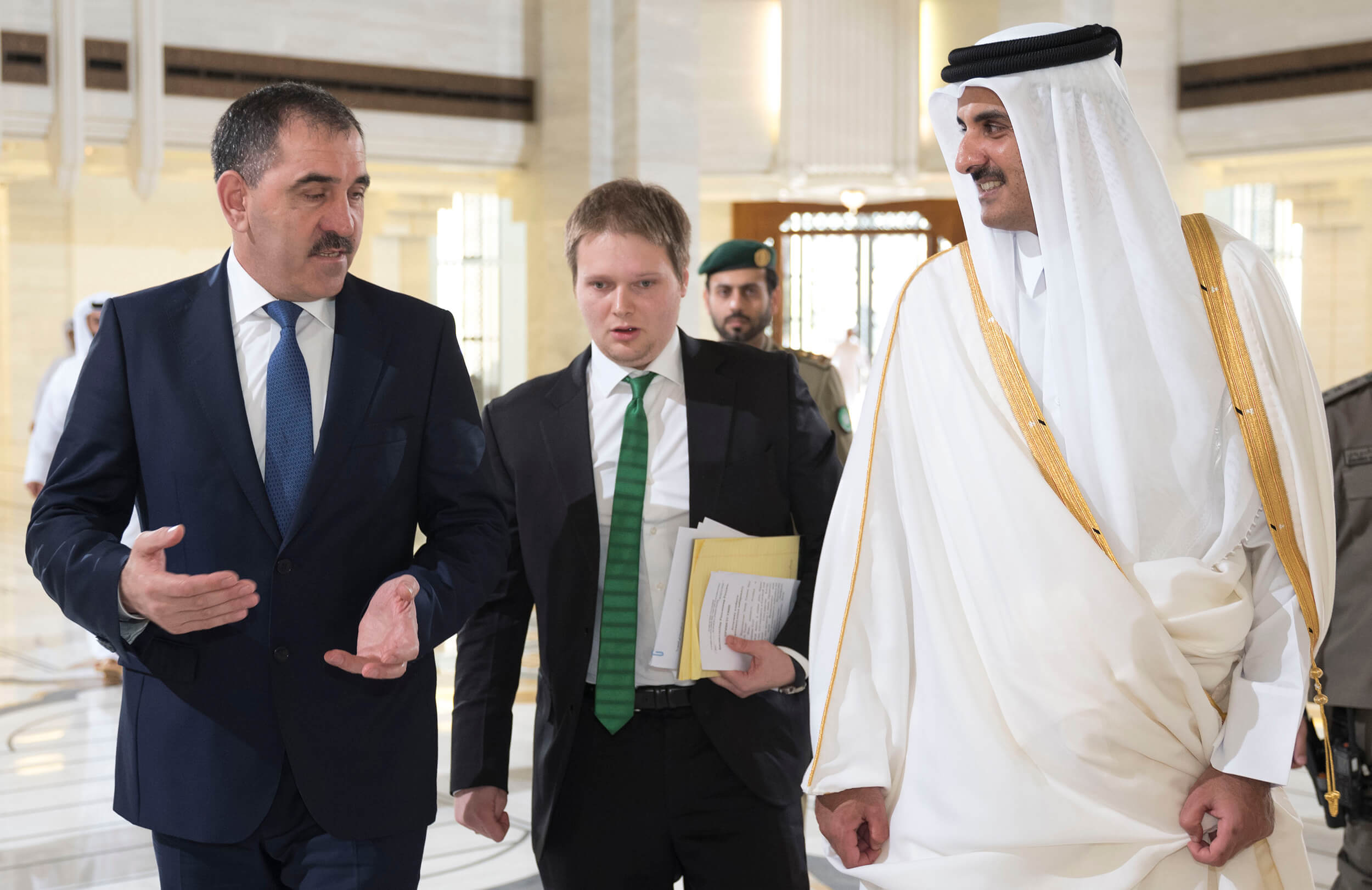 His Highness The Amir Sheikh Tamim bin Hamad Al Thani met HE the President of the Republic of Ingushetia Yunus-bek Yevkurov on Wednesday morning at his Amiri Diwan office.

At the beginning of the meeting, HE the President of the Republic of Ingushetia handed HH The Amir a written message from Russian President Vladimir Putin, including an invitation to His Highness to visit Russia.

HH The Amir welcomed HE President of Ingushetia and his accompanying delegation, hoping that the visit would further enhance bilateral relations. HH The Amir also welcomed the Russian President's invitation to visit Russia.

During the meeting, the two sides also reviewed aspects of cooperation between the two countries and means of enhancing them in a number of fields, especially agriculture.

HH The Amir and HE President of Ingushetia exchanged views on a number of regional and international issues of common concern and the latest developments in the region.

A number of their Excellences Ministers attended the meeting.

On the part of Ingushetia, the members of the official delegation accompanying HE President attended the meeting.