HH The Amir, President of Sierra Leone Witness Signing of Agreements and MoUs 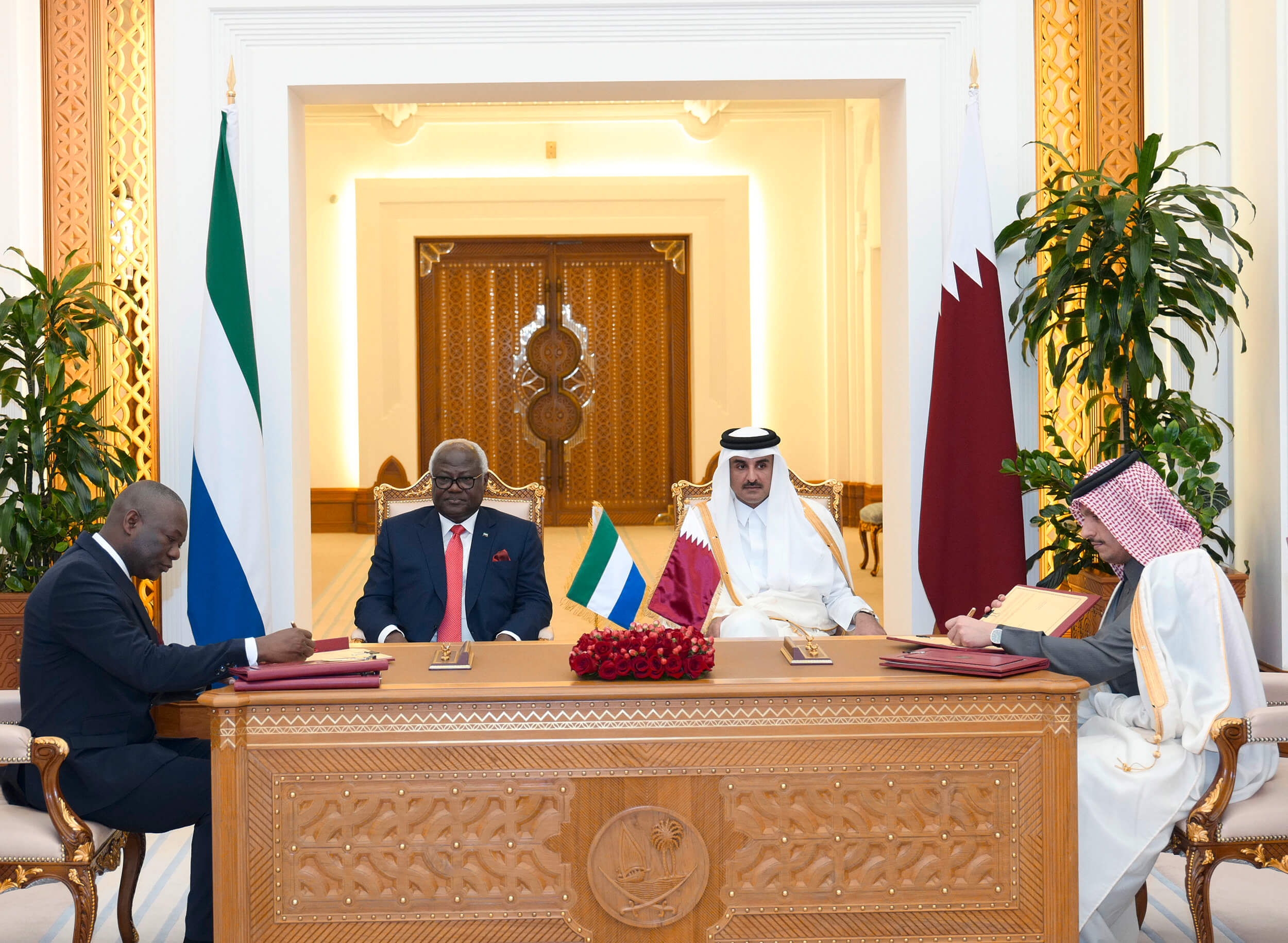 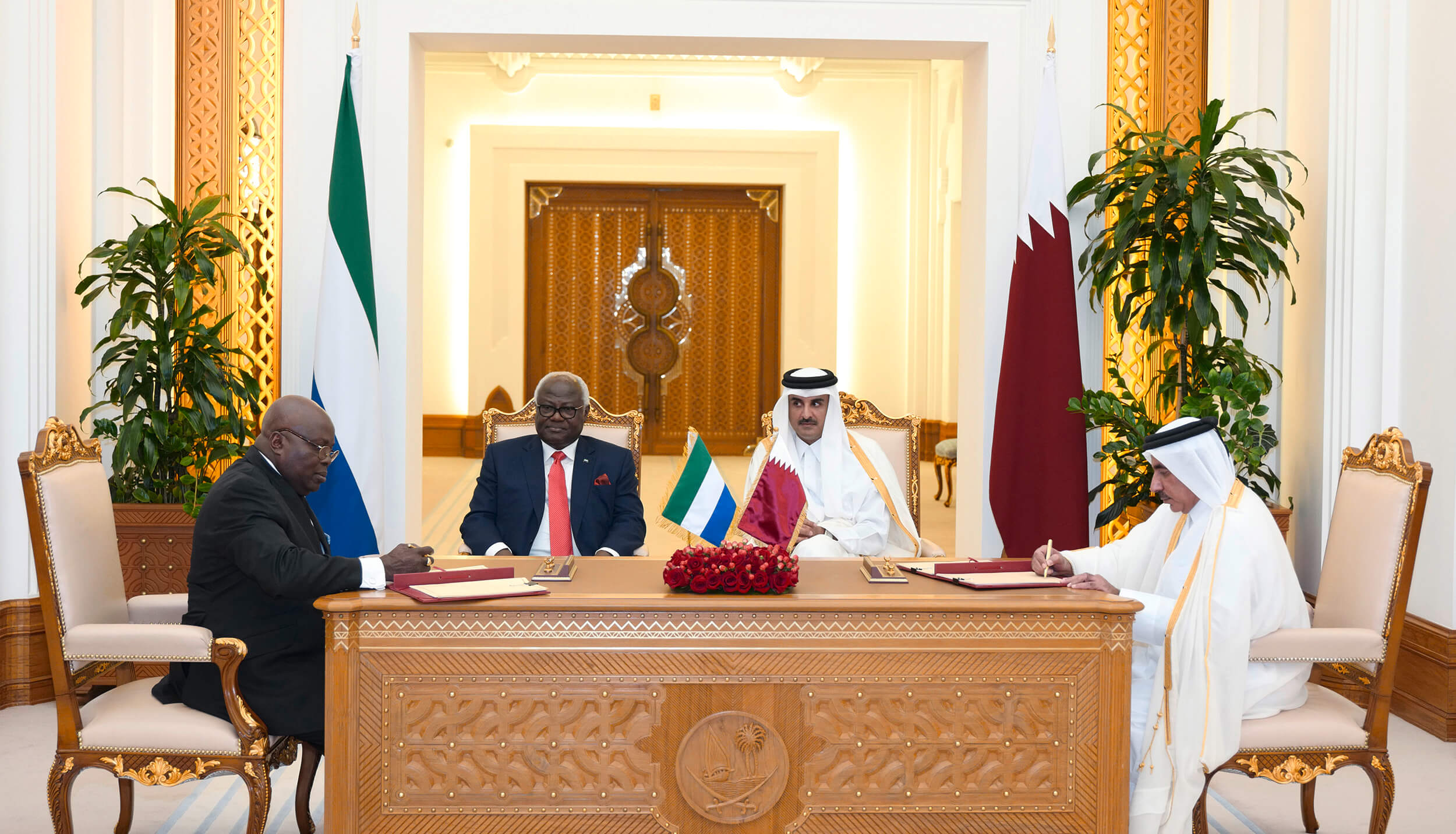 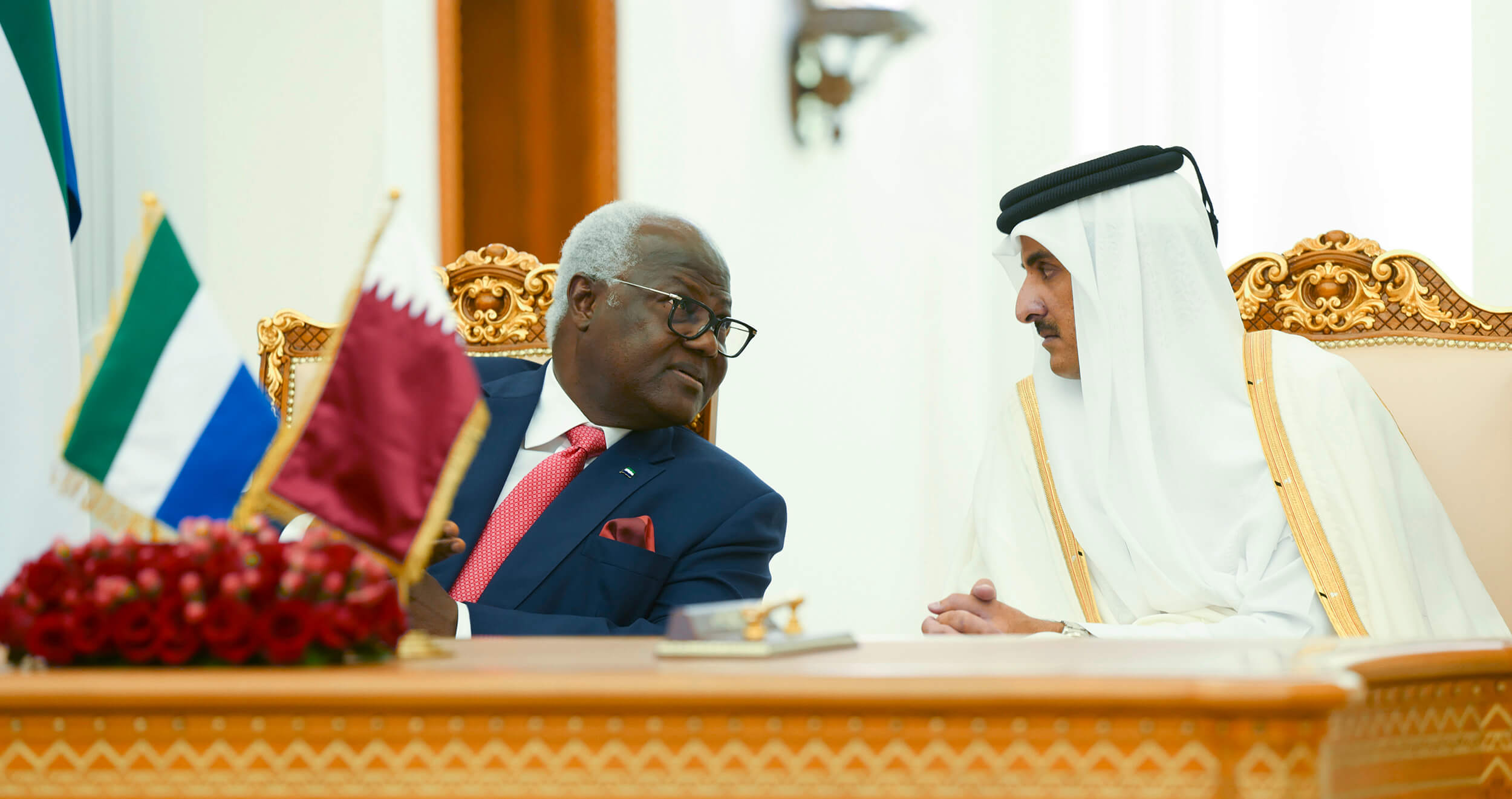 His Highness The Amir Sheikh Tamim bin Hamad Al Thani and HE President of Republic of Sierra Leone Ernest Bai Koroma witnessed the signing of a number of agreements and memorandums of understanding between both countries, which took place in the Amiri Diwan on Monday.

The signing ceremony was attended by Their Excellencies the ministers.

From the Sierra Leonean side, it was attended by Their Excellencies members of the official delegation accompanying HE the President.