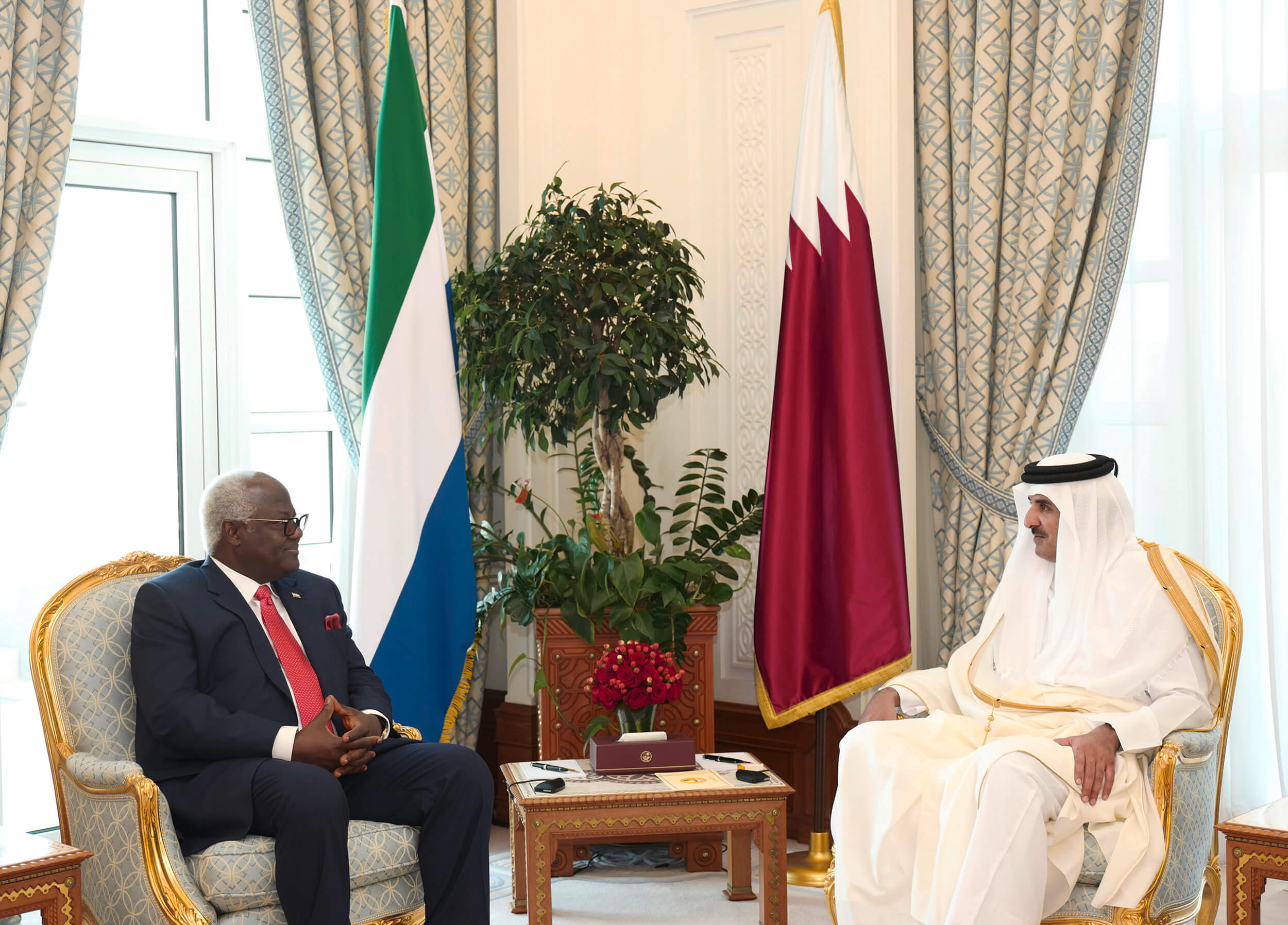 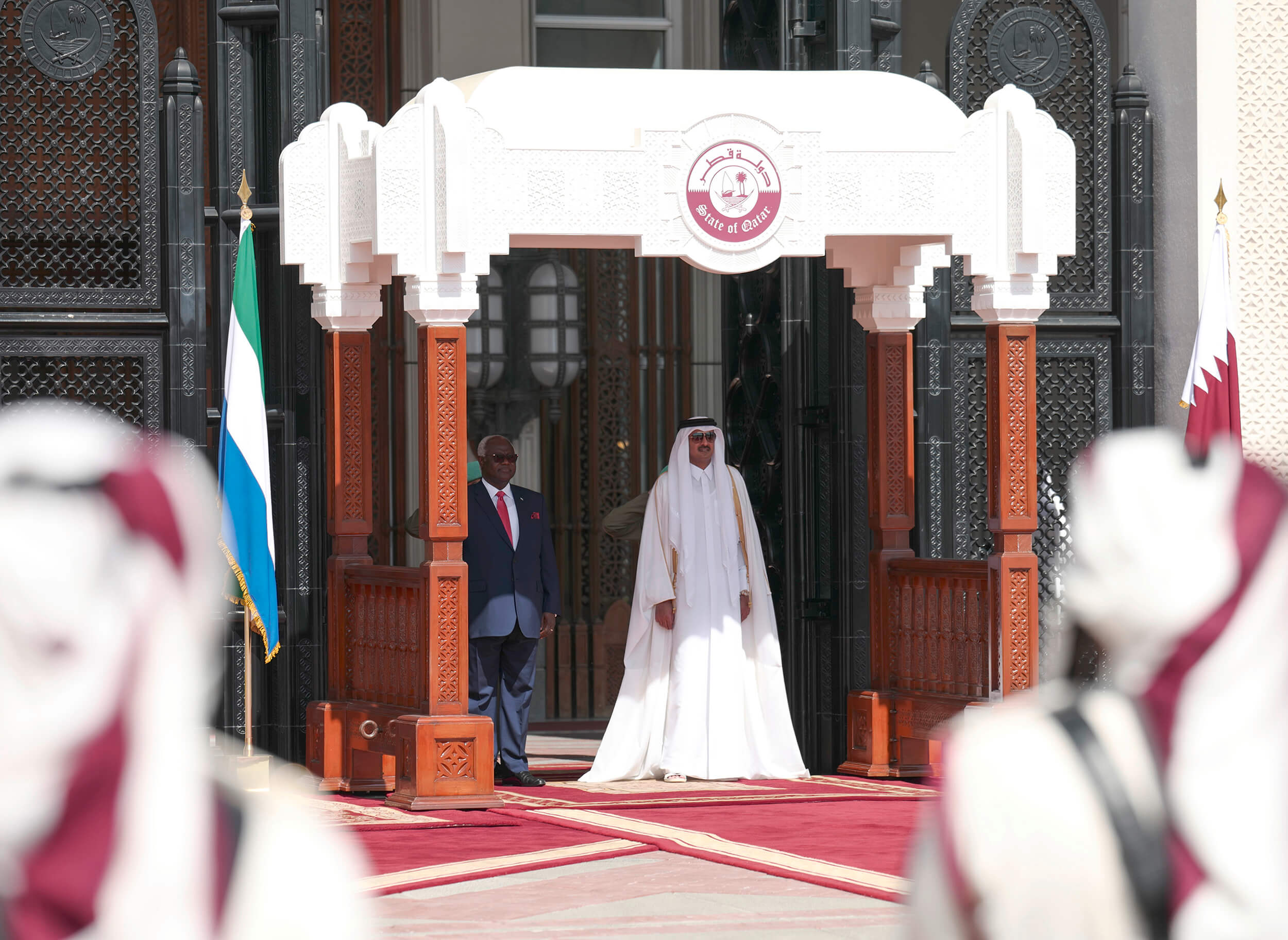 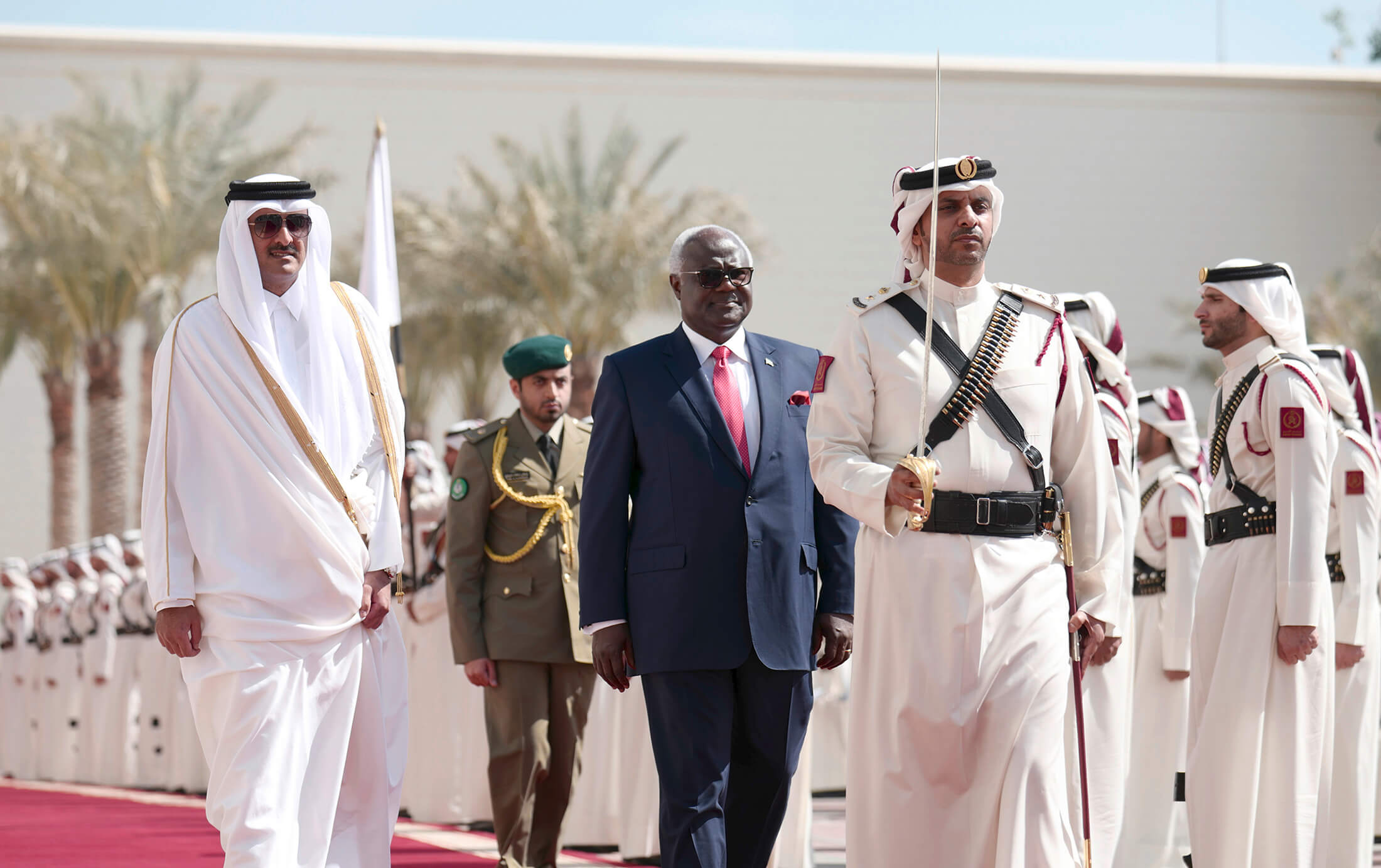 His Highness The Amir Sheikh Tamim bin Hamad Al Thani held a session of official talks with HE President of the Republic of Sierra Leone Ernest Bai Koroma at the Amiri Diwan on Monday.

At the beginning of the talks, HH The Amir welcomed HE the President and his accompanying delegation, stressing that the visit will enhance the existing cooperation relations between the two countries.

For his part, President Ernst Bai Koroma expressed hope that this visit will further develop relations between the two countries to include various fields. His Excellency also expressed his sincere thanks to HH The Amir for the humanitarian, medical and relief assistance provided by the State of Qatar when Sierra Leone was hit by flooding and the outbreak of Ebola epidemic.

During the talks, HH The Amir and HE the President discussed cooperation relations between the two countries and the prospects for enhancing them in various fields, especially in economy, trade, agriculture and tourism. A number of regional and international issues of common concern were also discussed.

From Sierra Leonean side, it was attended by Their Excellencies members of the official delegation accompanying HE the President.

HE the President of the Republic of Sierra Leone had arrived earlier at the Amiri Diwan, where he was accorded an official reception ceremony.