HH The Amir Receives Delegation From the British Parliament 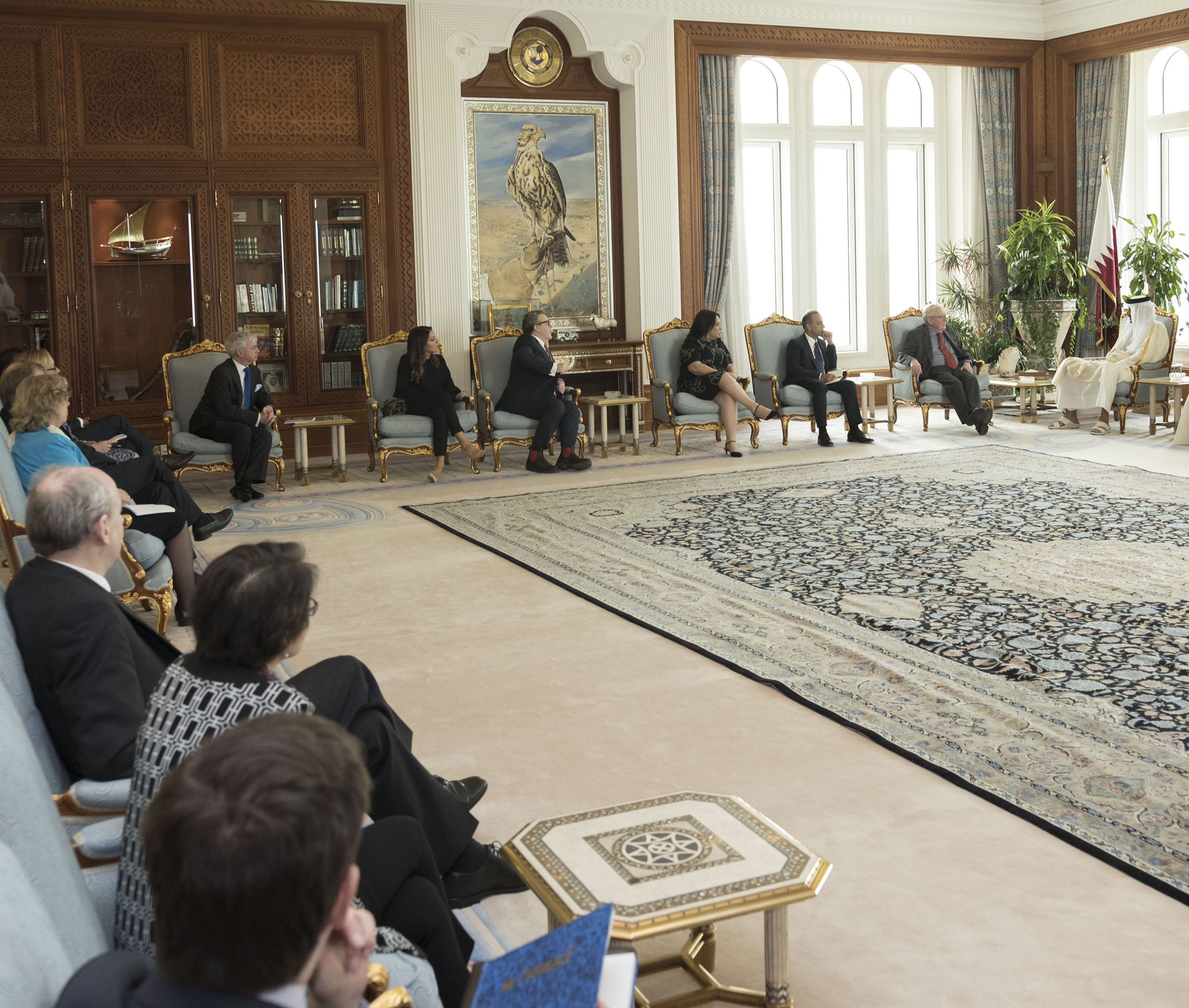 His Highness The Amir Sheikh Tamim bin Hamad Al Thani received today morning in his office in the Amiri Diwan, a delegation from the British Parliament, on the occasion of their visit to the country.

During the meeting, they reviewed the close cooperation between the State of Qatar and the United Kingdom and the ways in which to develop them, as well as the discussion of a number of regional and international issues.

The meeting was attended by HE the Speaker of the Advisory Council Ahmed bin Abdullah bin Zaid Al Mahmoud.