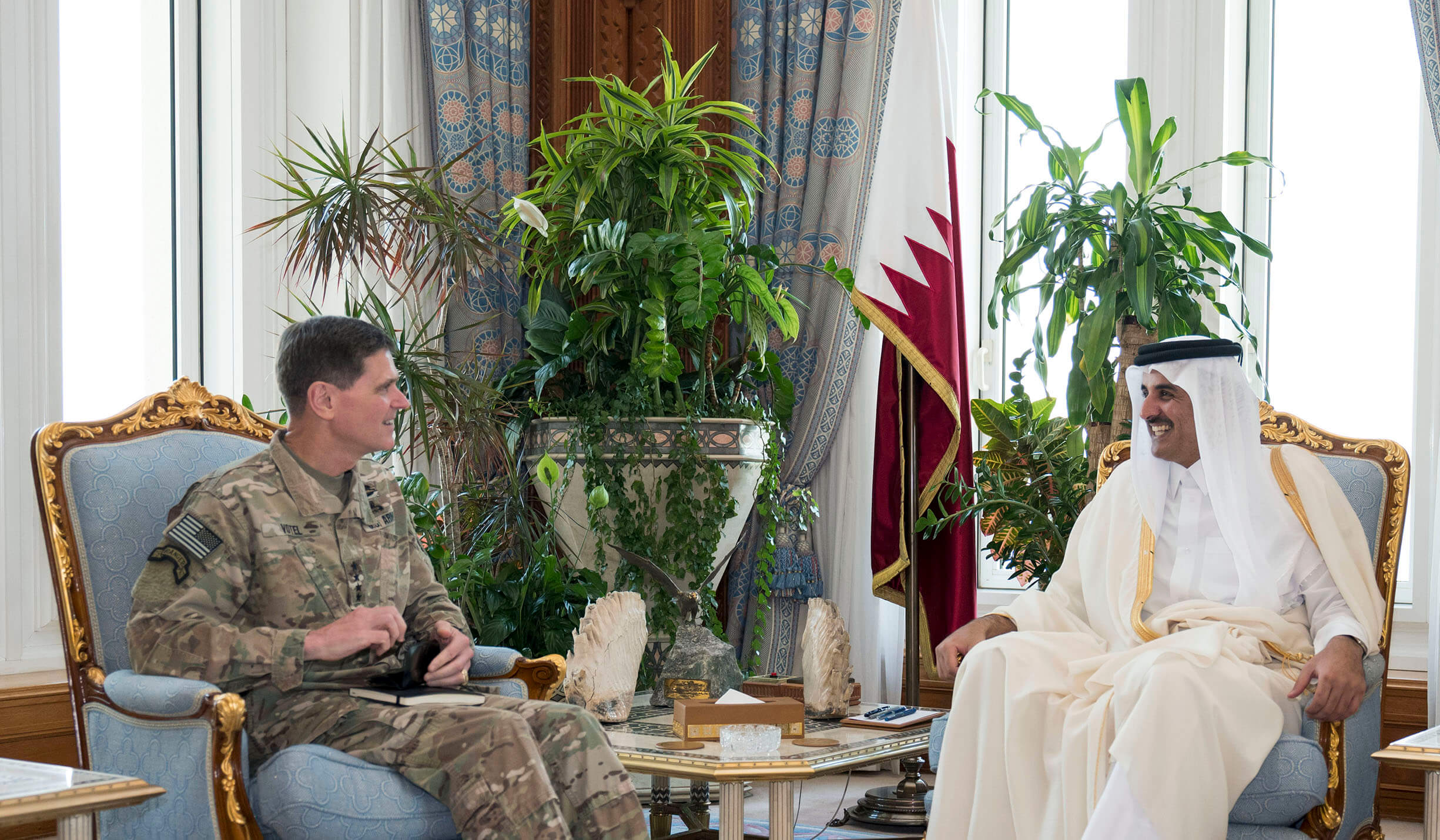 His Highness The Amir Sheikh Tamim bin Hamad Al Thani Received at his Amiri Diwan office on Sunday Commander of United States Central Command General Joseph Votel and his accompanying delegation on the occasion of their visit to the country.

Talks during the meeting dealt with the strategic relations between the two friendly countries, especially the joint cooperation in the field of combatting terrorism. In this regard, the Commander of United States Central Command expressed his thanks and appreciation to HH The Amir for the important role of the State of Qatar in the fight against terrorism through Al Udeid Air Base.