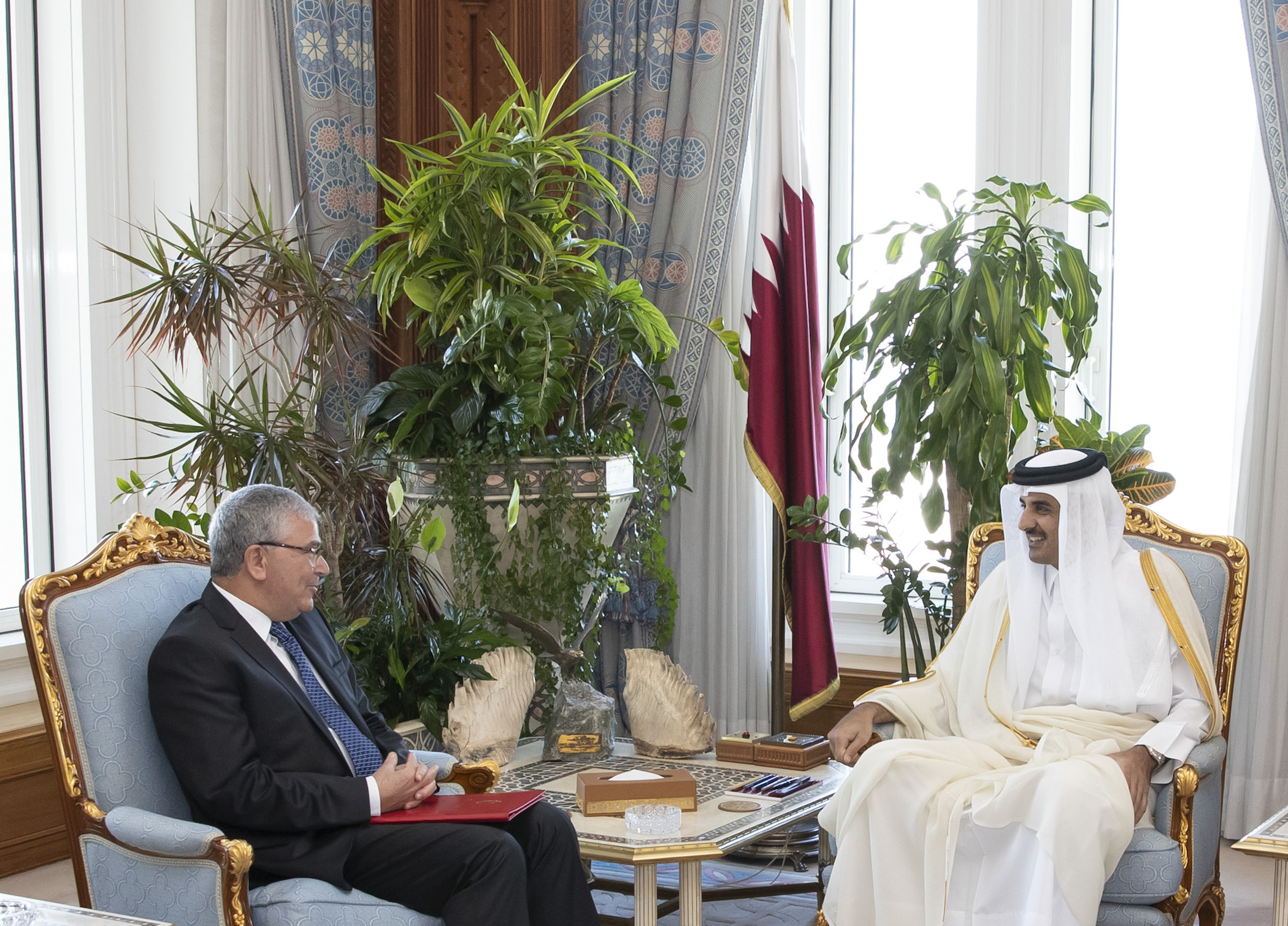 His Heart Highness The Amir Sheikh Tamim bin Hamad Al Thani received on Monday a written message from HE the President of the Republic of Tunisia Beji Kayed Sibsi, inviting HH The Amir to attend the 30th ordinary session of the Arab Summit to be held in Tunisia in March 2019.

The message was delivered by HE the Tunisian Defense Minister Abdelkareem Zubaidi when HH The Amir received him at the Amiri Diwan office on Monday morning.

At the outset of the meeting, HE the Tunisian Defense Minister conveyed the greetings of HE the President of Tunisia and his wishes of further health and happiness to HH The Amir and to the people of Qatar further progress and prosperity.

The meeting also reviewed the fraternal relations and cooperation between the State of Qatar and the Republic of Tunisia and means of enhancing them.