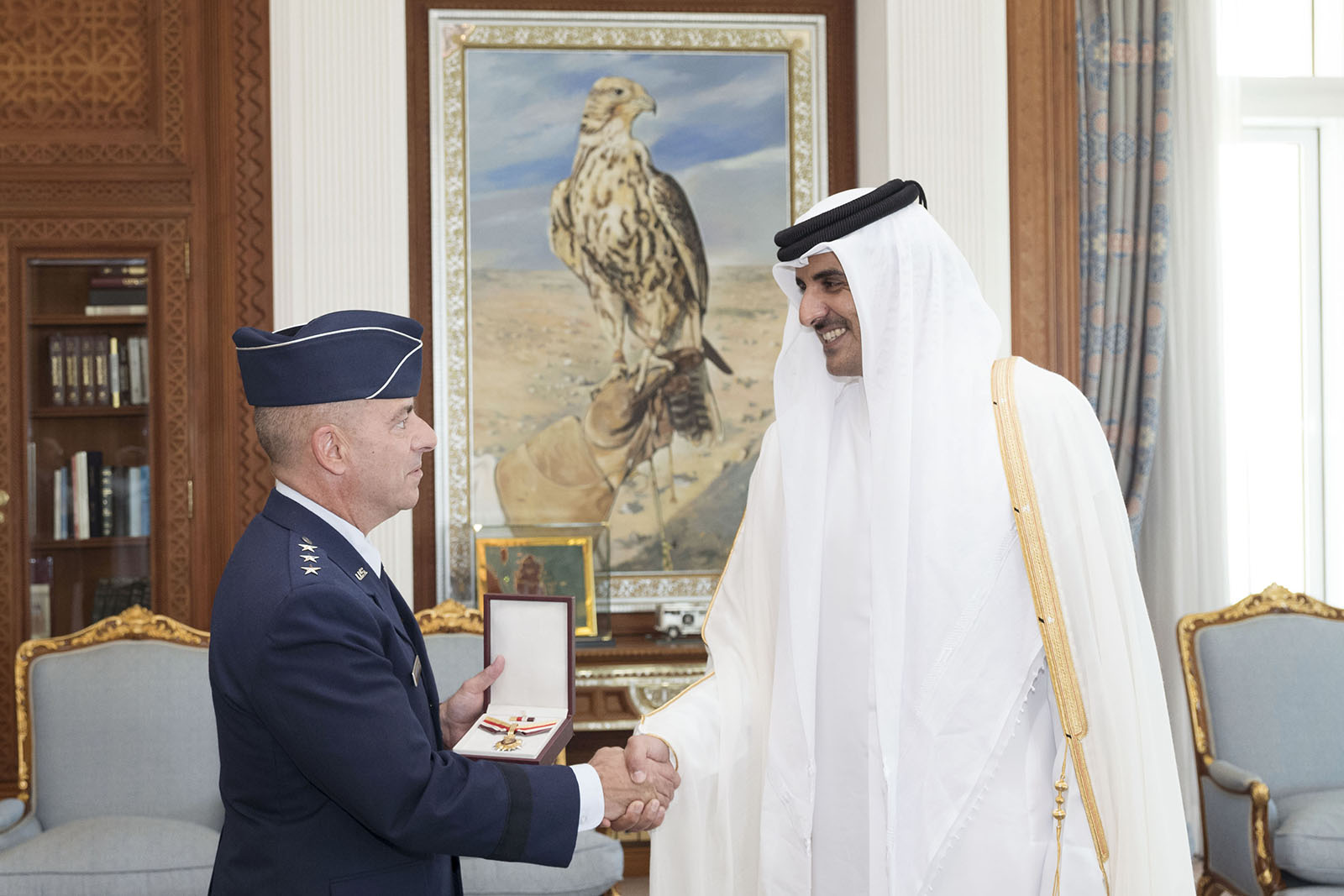 His Highness The Amir Sheikh Tamim bin Hamad Al Thani met on Tuesday at the Amiri Diwan with HE Commander of the US Air Forces Central Command in Southwest Asia Lt. Gen. Jeffrey Harrigian and his accompanying delegation, who called on HH The Amir to greet him.

The meeting reviewed the strategic cooperation relations between the two countries, especially in the military and defense fields, joint efforts in the fight against terrorism, and a number of other issues of mutual interest.

At the beginning of the meeting, HH The Amir granted the outgoing Commander of the US Air Forces Central Command the decoration of Sheikh Joaan for military bravery (first class) in recognition of his sincere efforts to strengthen the strong relations and strategic partnership between the two friendly countries.

HH The Amir thanked the Commander of the US Air Forces Central Command for his role in promoting joint action between Qatar and the United States of America, especially in the fight against terrorism.

HE Lt. Gen. Jeffrey Harrigian expressed his gratitude for HH The Amir and his pride in this honor.