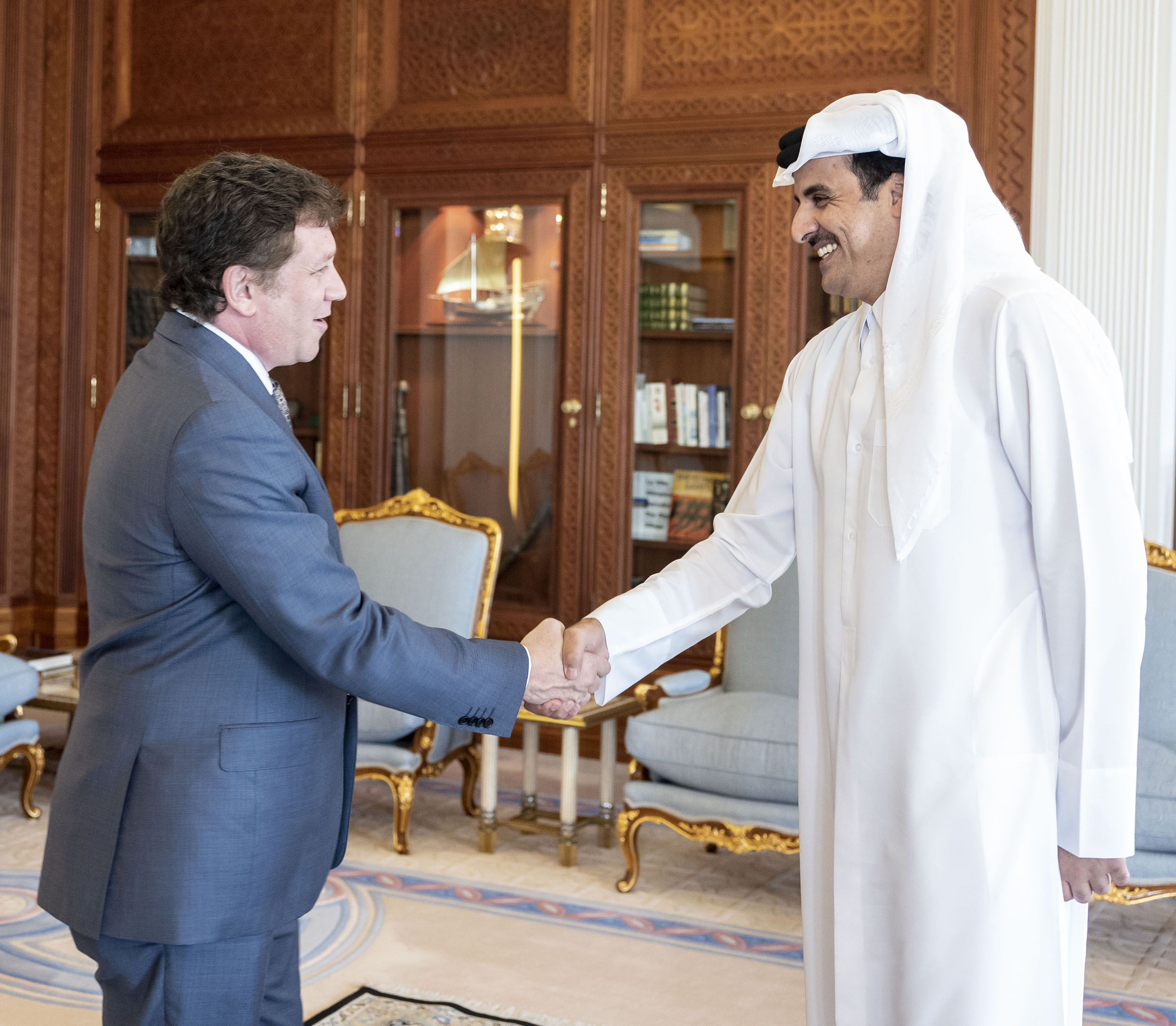 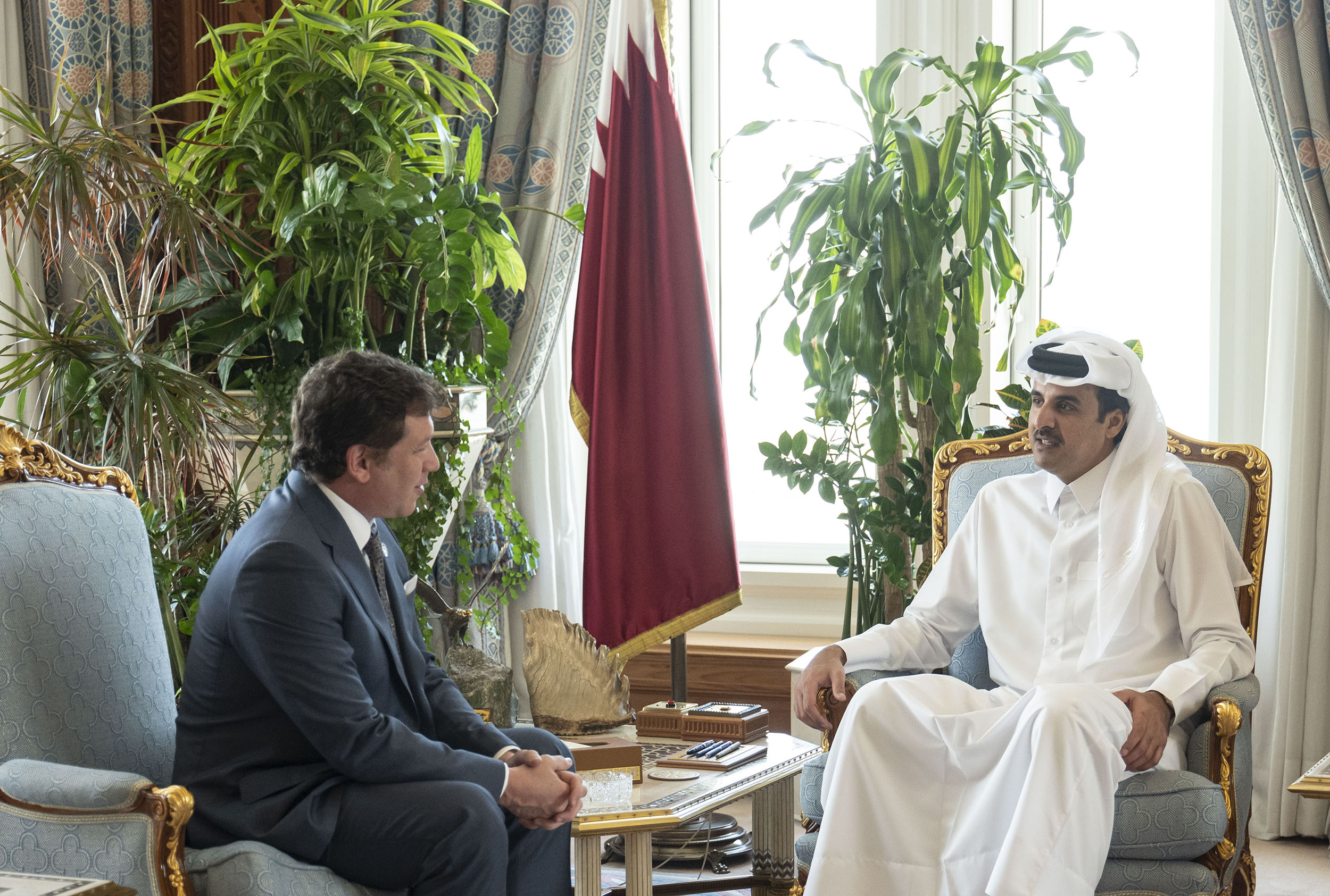 His Highness The Amir Sheikh Tamim bin Hamad Al Thani received on Thursday at his office at the Amiri Diwan, President of the South American Football Confederation and Vice President of the Federation of International Football Association (FIFA), Alejandro Dominguez, and the accompanying delegation, who called on HH The Amir to greet him on the occasion of their visit to the country.

During the meeting, they reviewed the existing cooperation relations between the State of Qatar and the South American Football Confederation and means of developing them, as well as the State of Qatar's preparations for the 2022 FIFA World Cup and the progress made in the related projects.