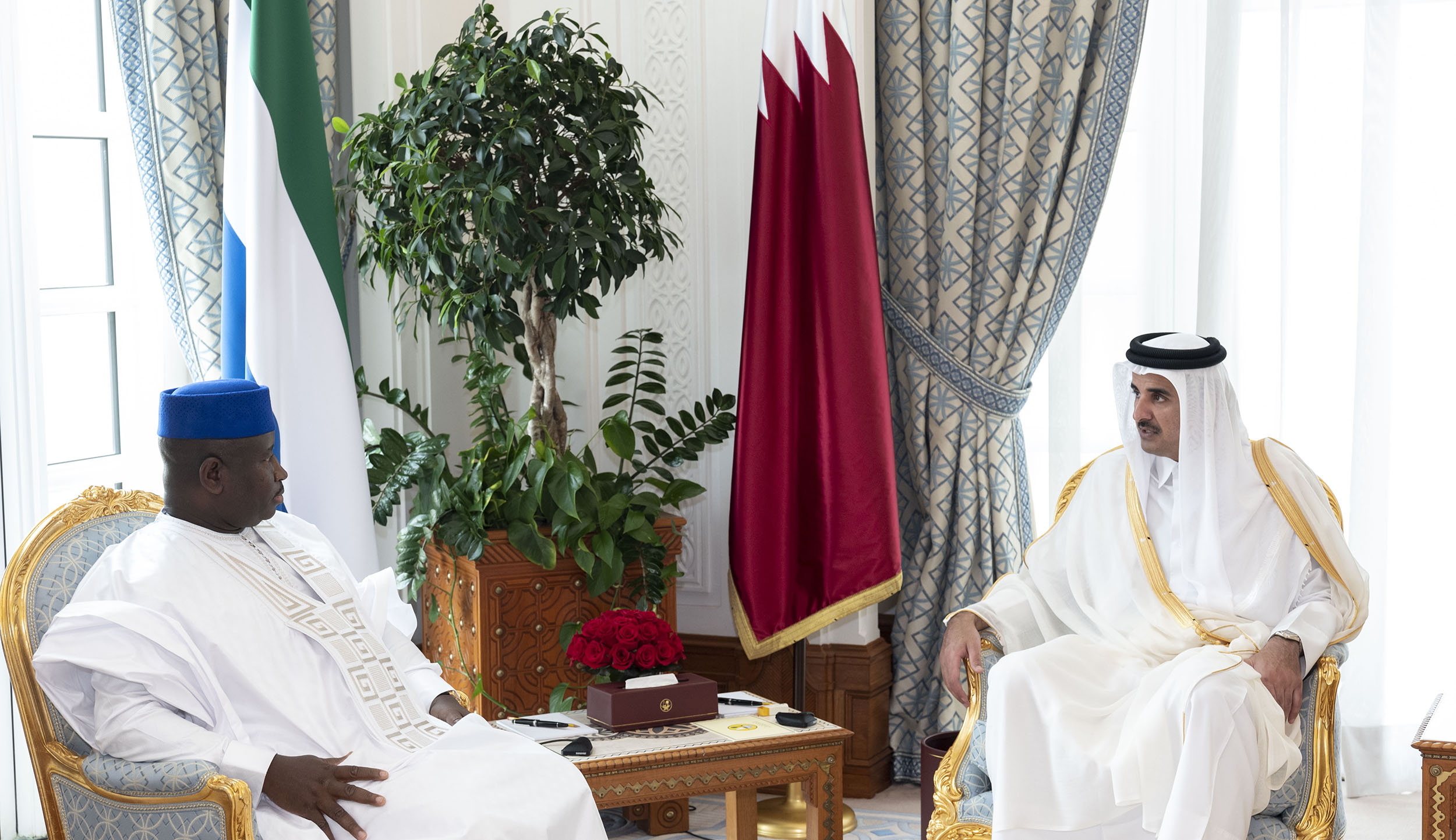 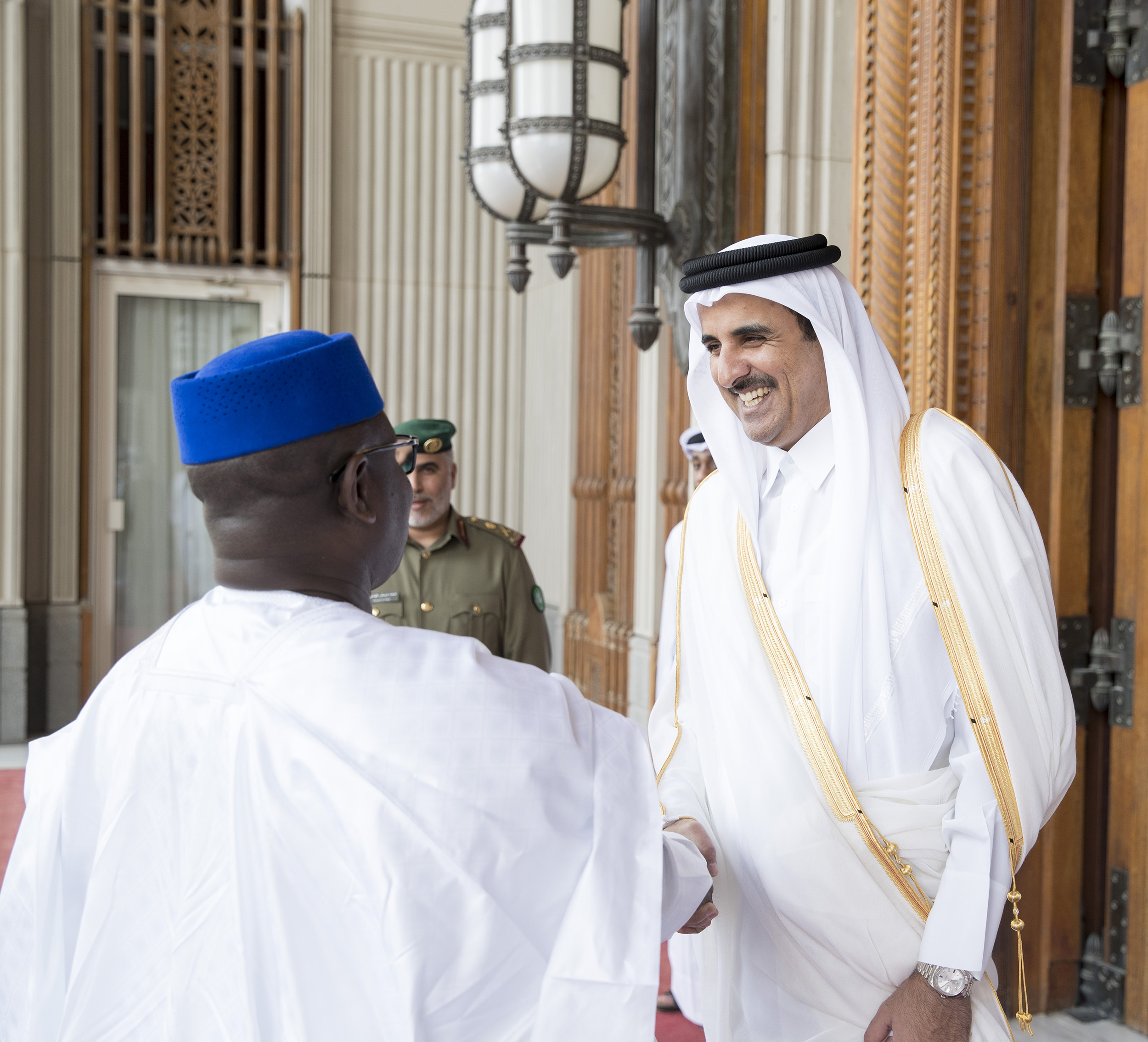 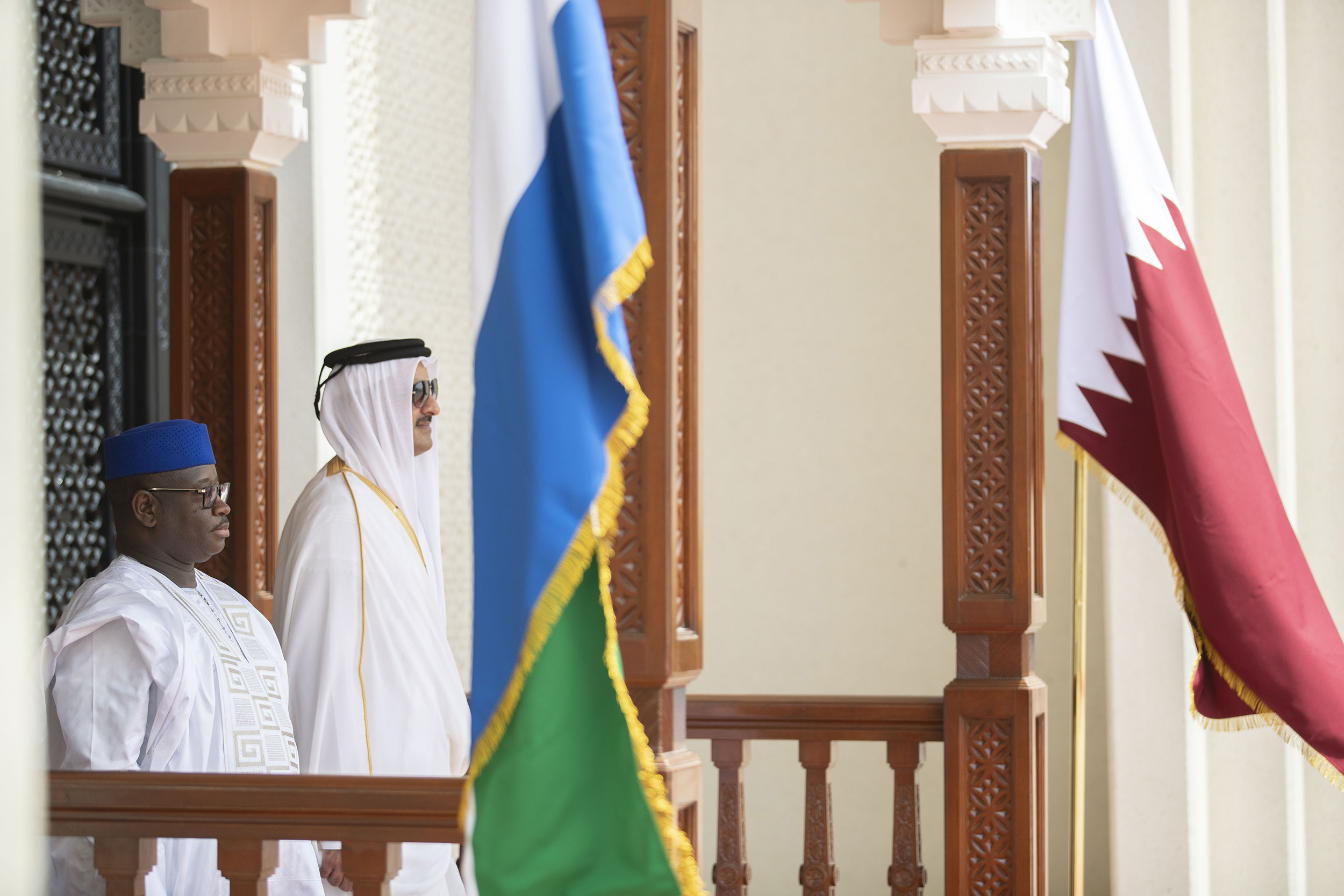 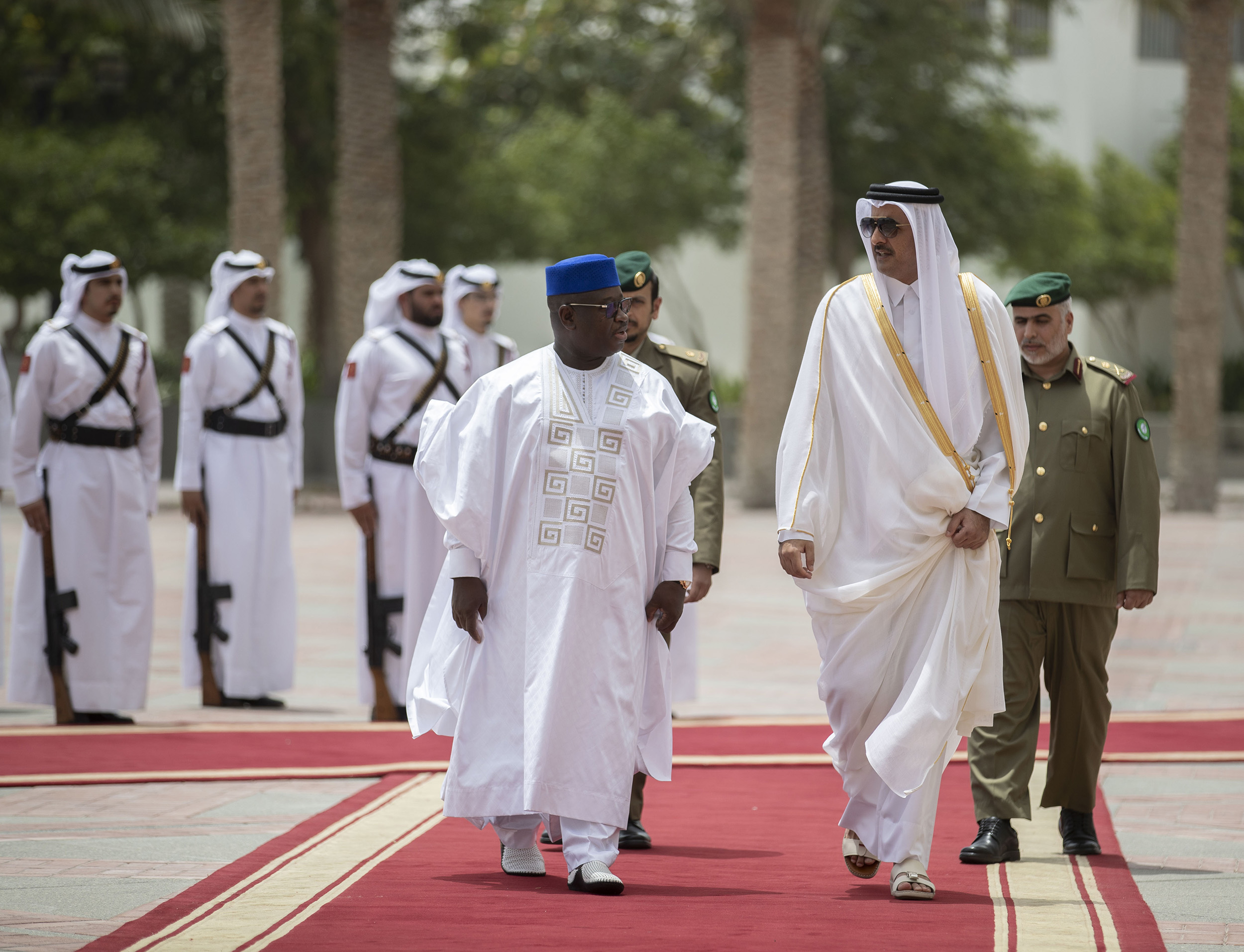 His Highness The Amir Sheikh Tamim bin Hamad Al Thani and HE President of the Republic of Sierra Leone Julius Maada Bio held on Sunday an official round of talks at the Amiri Diwan.

At the beginning of the meeting, HH The Amir welcomed HE the President of Sierra Leone, congratulating him on taking on the presidency, and wished him success. His Highness stressed that the visit will push bilateral cooperation to wider horizons and help realize mutual interests.

For his part, HE the President thanked HH The Amir for the gracious reception and the generous hospitality. He pointed out that his visit to the State of Qatar is the first to the region in general since he assumed the presidency, something that confirms the strength of bilateral cooperation. He then expressed his aspiration to elevate bilateral cooperation further to achieve the aspirations of the two friendly peoples.

HH The Amir and HE the President discussed during the meeting ways to enhance bilateral relations, and the prospects for enhancing bilateral cooperation. They focused especially on agriculture, education, tourism, infrastructure and investment opportunities. The talks also dealt with the most relevant regional and international issues.

HE President of Sierra Leone was awarded an official reception ceremony upon his arrival at the Amiri Diwan.