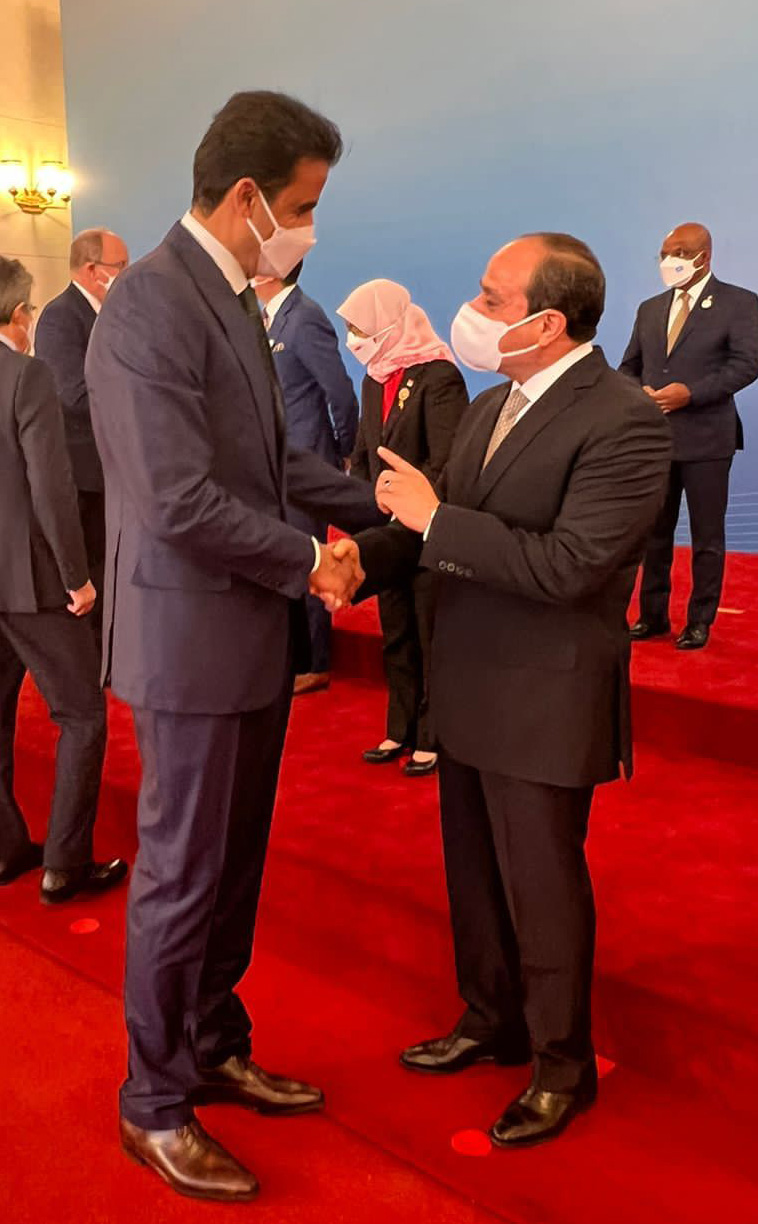 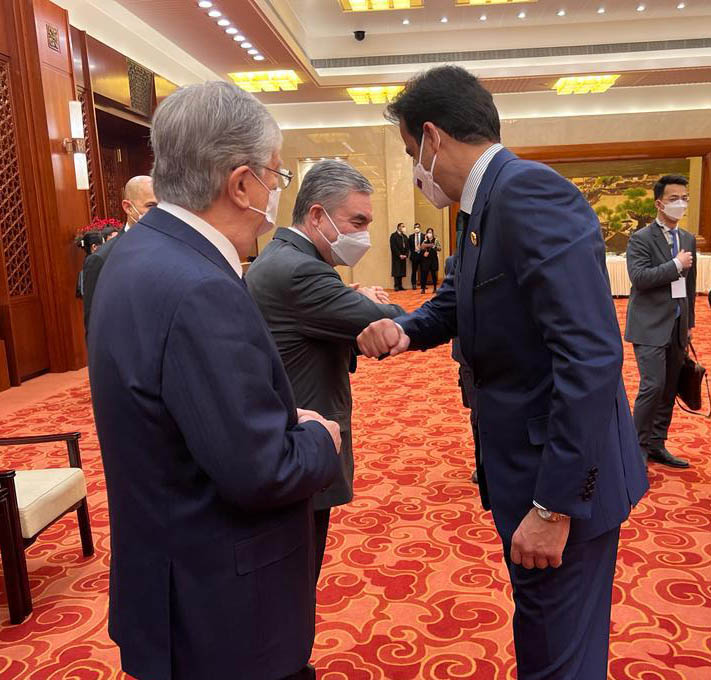 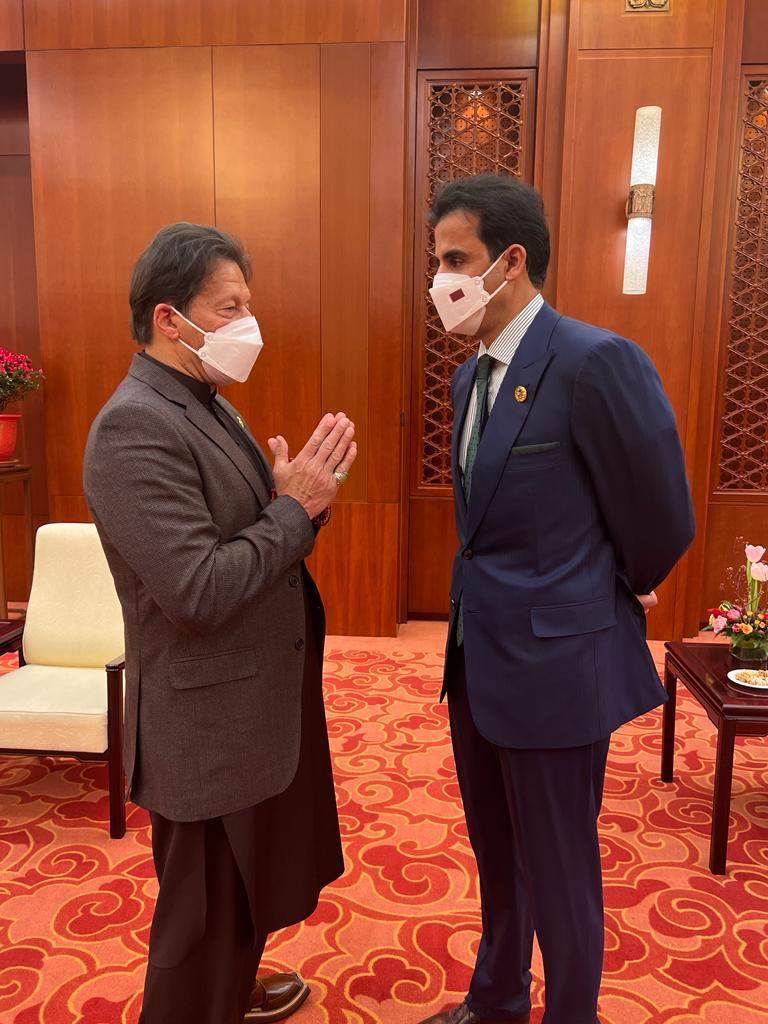 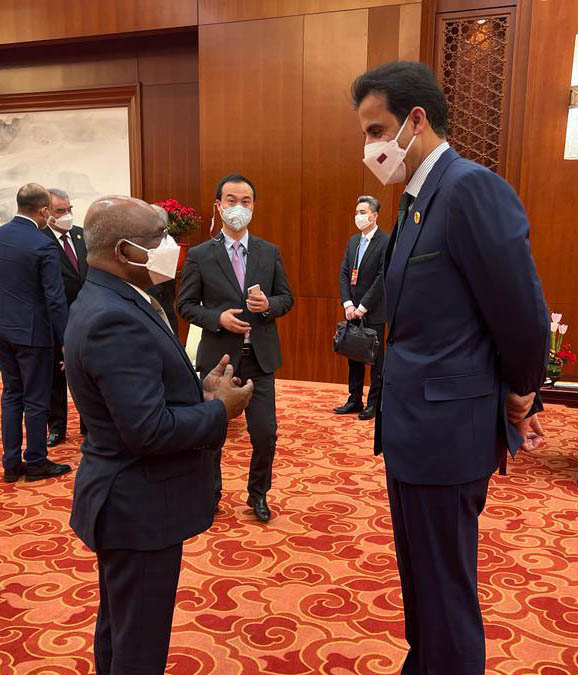 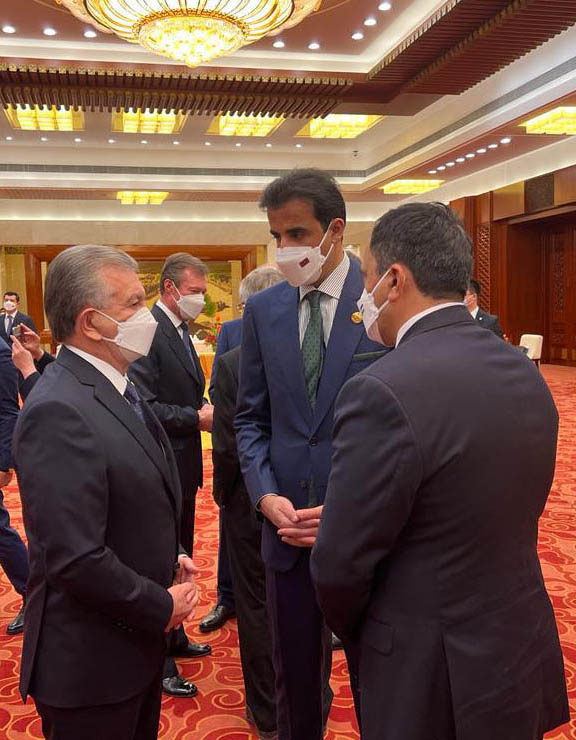 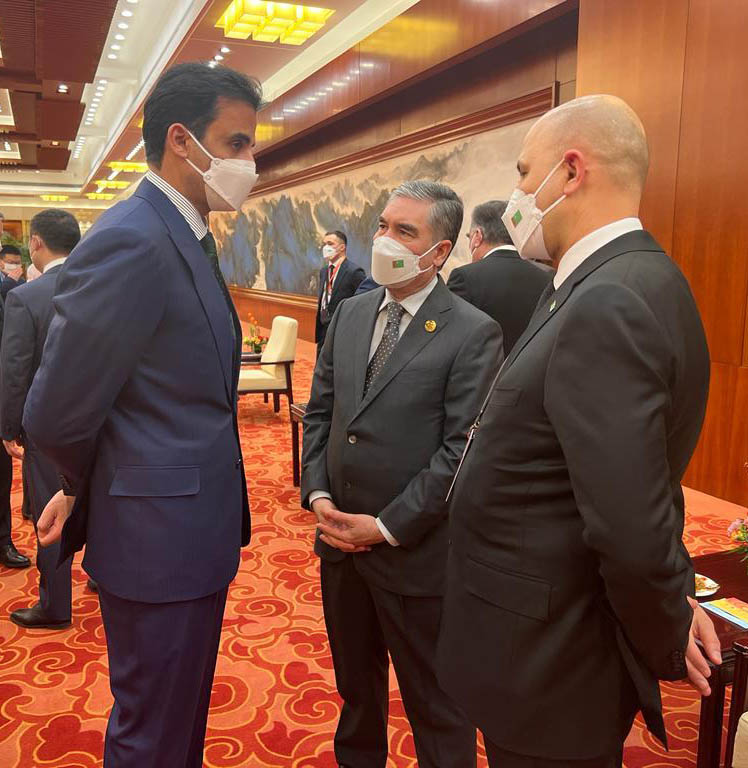 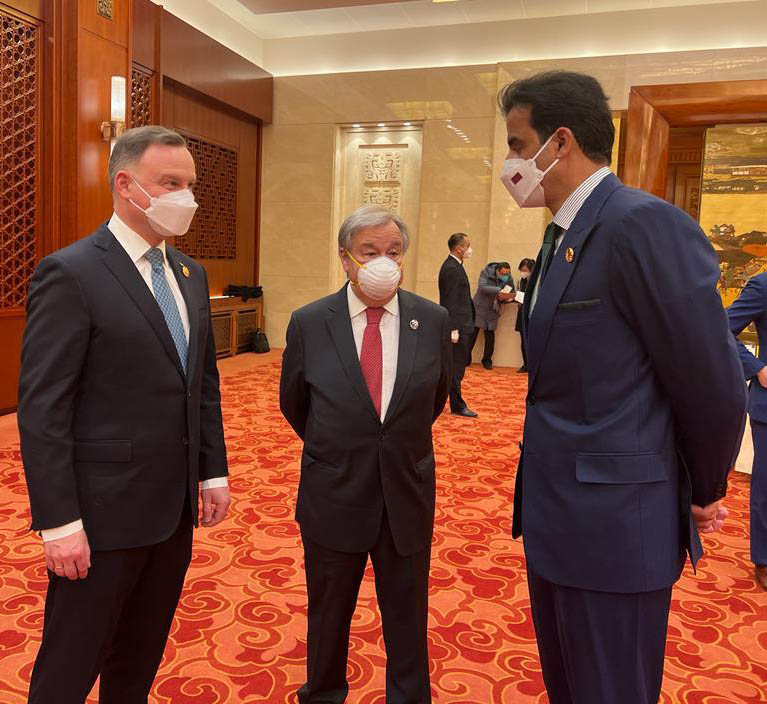 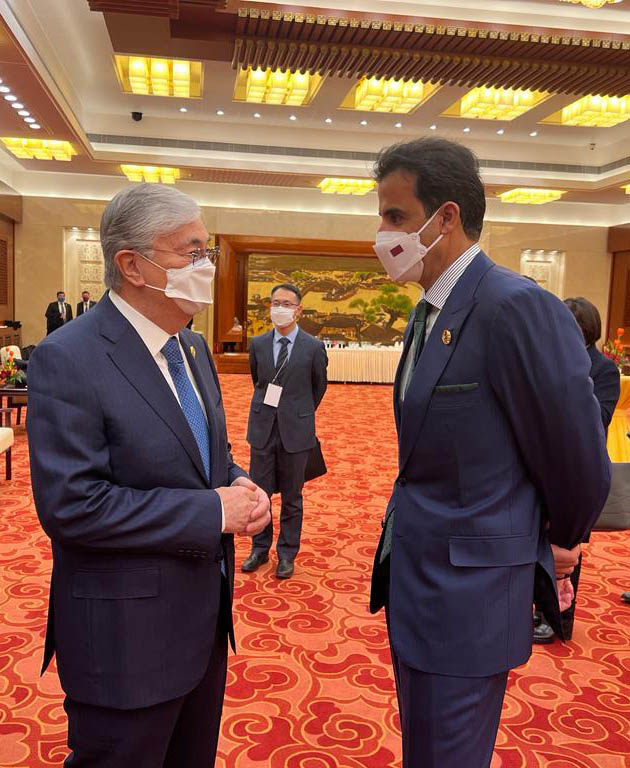 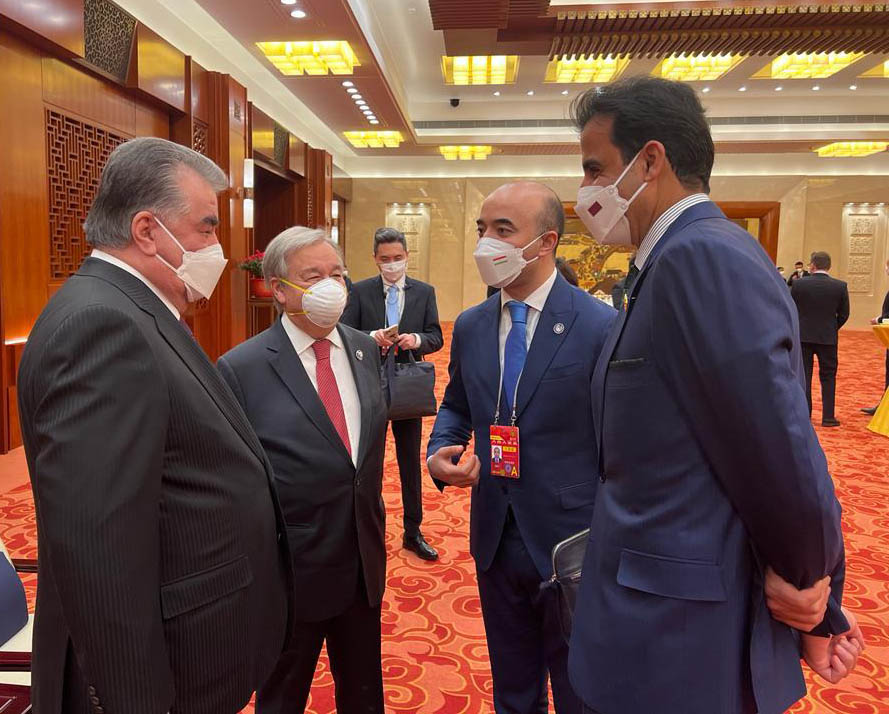 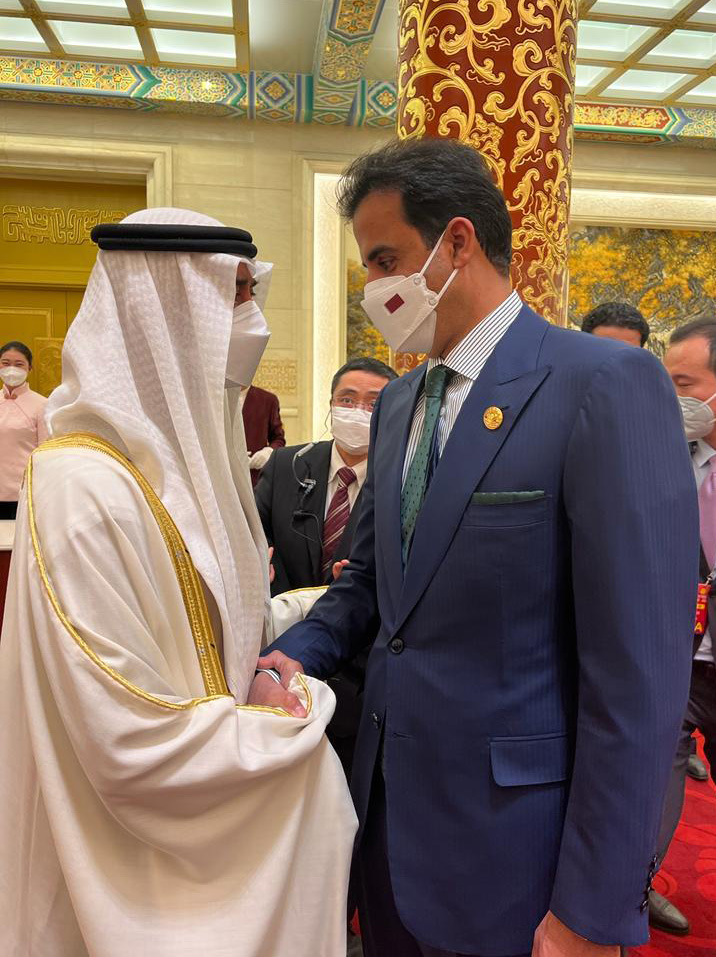 His Highness The Amir Sheikh Tamim bin Hamad Al-Thani met today with a number of Their Highnesses and Their Excellencies leaders of countries and ranking officials on the sidelines of the Luncheon banquet hosted by HE President of the People's Republic of China Xi Jinping at the Great Hall of the People in honour of heads of delegations participating in the 24th Olympic Winter Games, currently under way in the Chinese capital Beijing.

HH The Amir also met with HH Crown Prince of Abu Dhabi and Deputy Supreme Commander of the Armed Forces of the United Arab Emirates Sheikh Mohammed bin Zayed Al Nahyan, HE Prime Minister of the Islamic Republic of Pakistan Imran Khan, HE United Nations Secretary-General Antonio Guterres and HE President of the Seventy-sixth session of the United Nations General Assembly Abdulla Shahid.