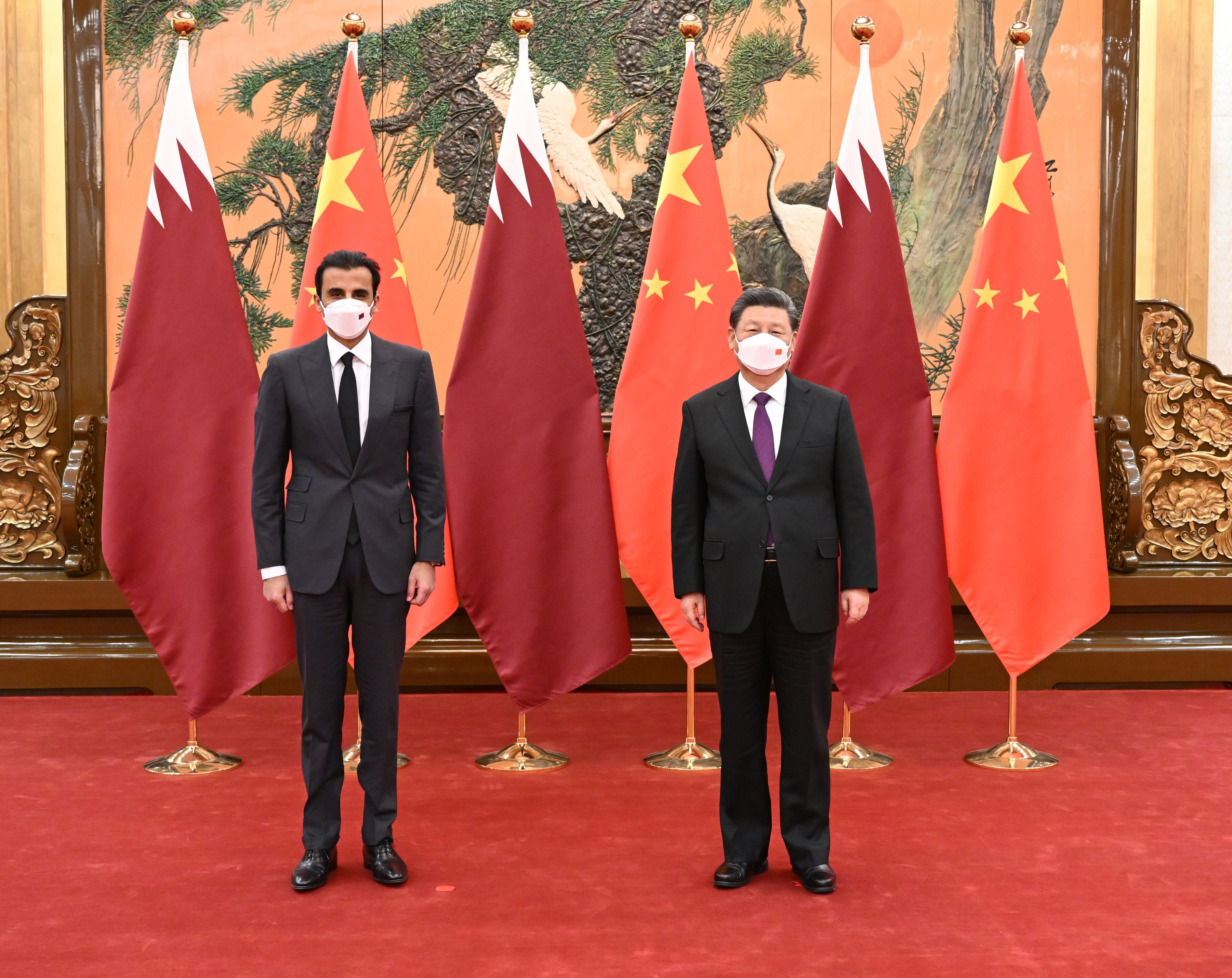 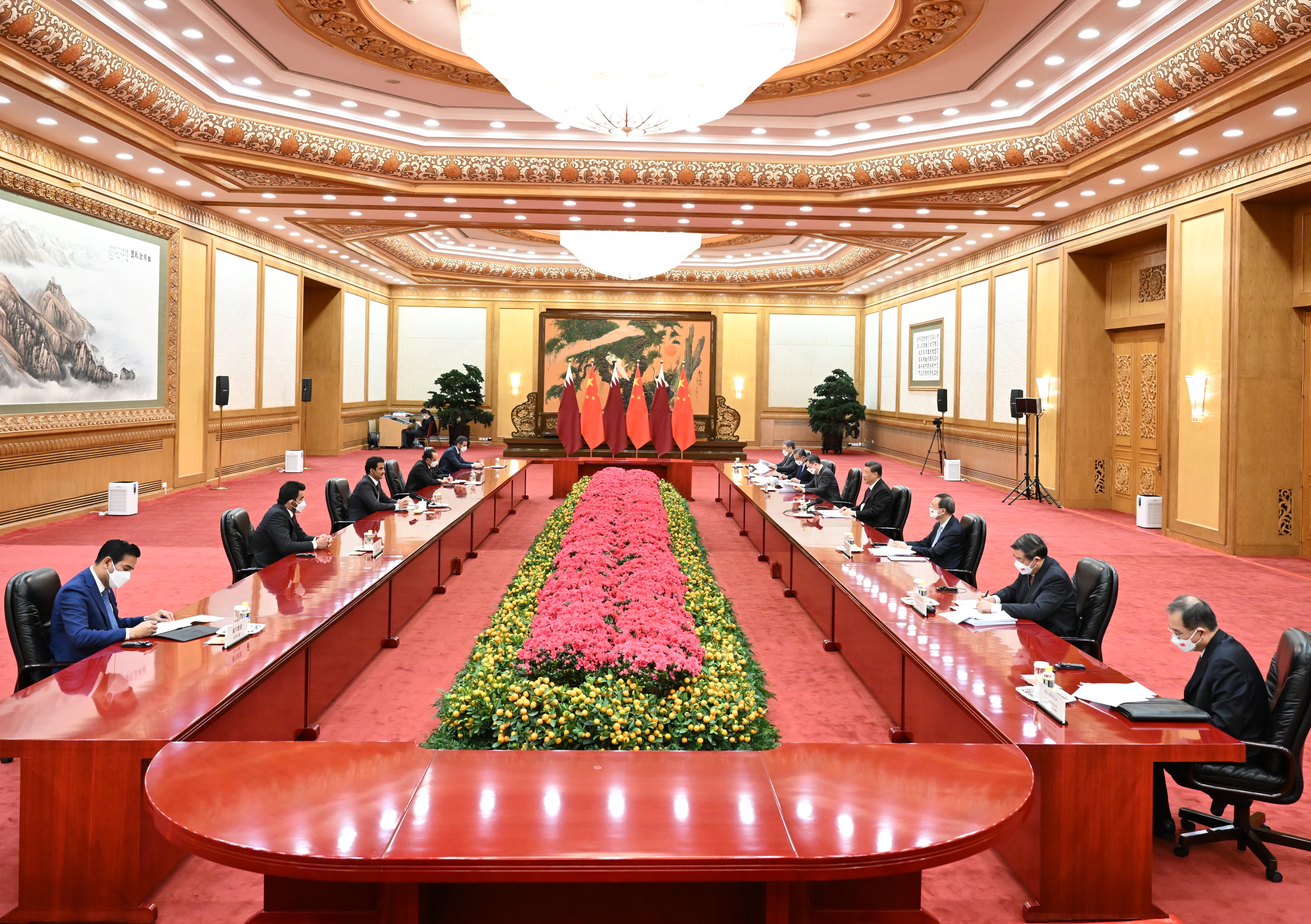 His Highness The Amir Sheikh Tamim bin Hamad Al Thani and HE President of the People's Republic of China Xi Jinping held an official session of talks at the Great Hall of the People in Beijing this evening.

At the outset of the session, HE the Chinese President welcomed HH The Amir and the accompanying delegation, noting that HH The Amir's visit will enhance relations of cooperation in various fields and will push them to higher levels, especially in the field of trade, investment exchange and sports cooperation, particularly with Qatar's preparations to host the FIFA World Cup Qatar 2022, looking forward to further cooperation in these areas.

With regard to the talks with HE the Chinese President, HH The Amir noted their importance in promoting and strengthening joint strategic cooperation to serve the common interests of the two friendly countries and peoples, in various areas, especially economy, energy, industry and tourism.

During the talks, they reviewed the close bilateral relations between the two friendly countries, and exchanged views on the latest developments in the region and the world.
The talks were attended by HE President of the Qatar Olympic Committee Sheikh Joaan bin Hamad Al-Thani, HE Chief of the Amiri Diwan Sheikh Saoud bin Abdurrahman Al-Thani, HE Head of the State Security Service HE Abdullah bin Mohammed Al-Khulaifi and HE Qatar's Ambassador to China Mohammed bin Abdullah Al-Duhaimi.

On the Chinese side, they were attended by a number of Their Excellencies ministers and senior officials.