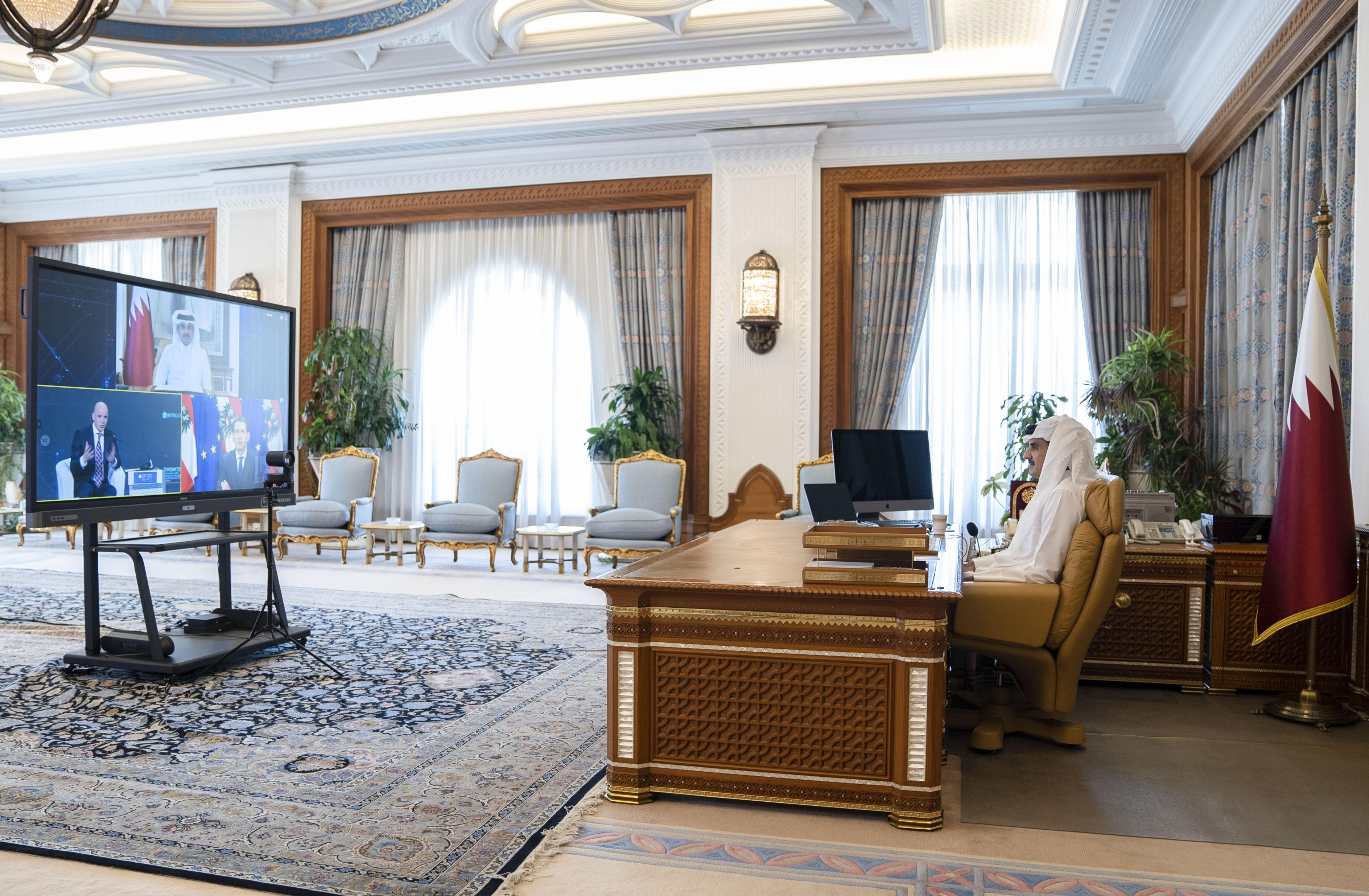 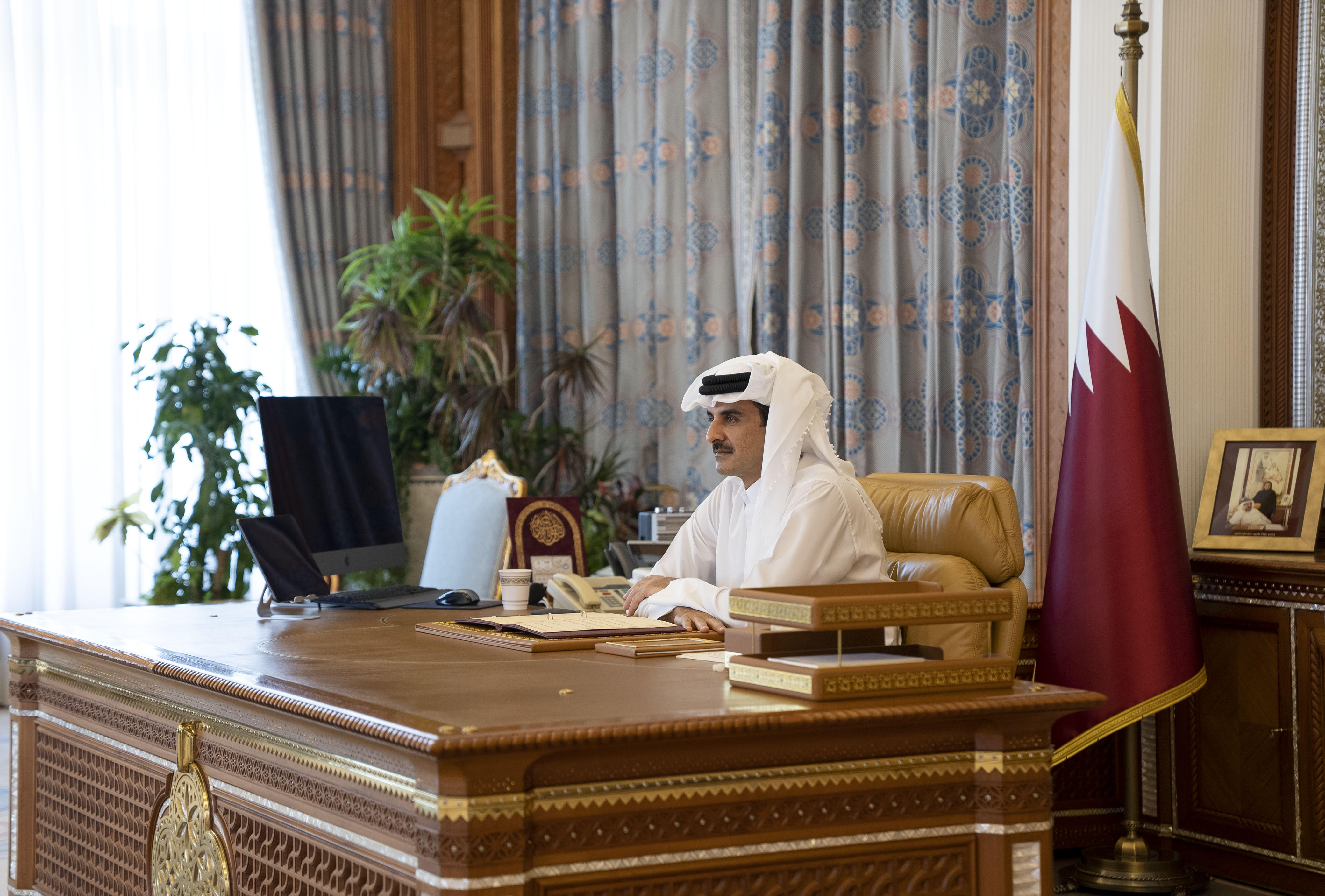 His Highness The Amir Sheikh Tamim bin Hamad Al Thani participated via videoconferencing in the plenary session of the St. Petersburg International Economic Forum (SPIEF 2021) with the participation of HE President of the Russian Federation Vladimir Putin and HE the Chancellor of the Republic of Austria Sebastian Kurz.

During the session, HH The Amir said that the State of Qatar is one of the largest foreign investors in Russia, with diversified investments amounting to more than USD13 billion, looking forward to doubling them in the future and stressing the State of Qatar's confidence in the Russian economy. Also, His Highness pointed out that mutual tourism between the two countries doubled during Qatar-Russia Cultural Year after the 2018 World Cup.

In the field of the future of energy, HH The Amir explained that the State of Qatar plays a major role in distributing gas around the world and has huge investments in it, noting that its gas production will increase by 40 percent by 2026 and that Qatar is cooperating with international energy companies, including Rosneft. His Highness indicated that the State of Qatar will host in the coming months a conference of gas exporting countries to discuss clean energy developments and cooperation in this field.

HH The Amir explained that Qatar's responsibility towards the environment is great as a country that depends on gas and energy, therefore, the fourth pillar of Qatar National Vision is related to the environment and its protection.

Concerning the exchange of experiences between Qatar and Russia in the sports field, HH The Amir indicated that Russia set high standards in its successful organization of the 2018 World Cup, praising Russia's opening all its doors at that time to Qatari organizers working in the Supreme Committee for Delivery and Legacy to exchange experiences with their Russian counterparts. His Highness affirmed Qatar's full readiness to host the 2022 World Cup and that the construction and infrastructure projects of the tournament were not affected by the COVID-19 pandemic, a year and a half ahead of the hosting date, noting that Qatar will host Arab Cup in November, which is a trial before the World Cup.

With regard to HH The Amir's vision about the world after the COVID-19 pandemic, His Highness pointed out that many countries were affected by this pandemic economically, while the economies of other countries were able to deal with it, noting that the State of Qatar was proudly able, thanks to the strength of its economy and its expertise, to deal with this pandemic. His Highness praised the international cooperation in the manufacture and distribution of vaccines, calling for the need to facilitate the arrival of vaccines to all parts of the world to eliminate the pandemic. His Highness explained that the world will return to normalcy as it was before the pandemic, but after taking experience in dealing with anything in the future.