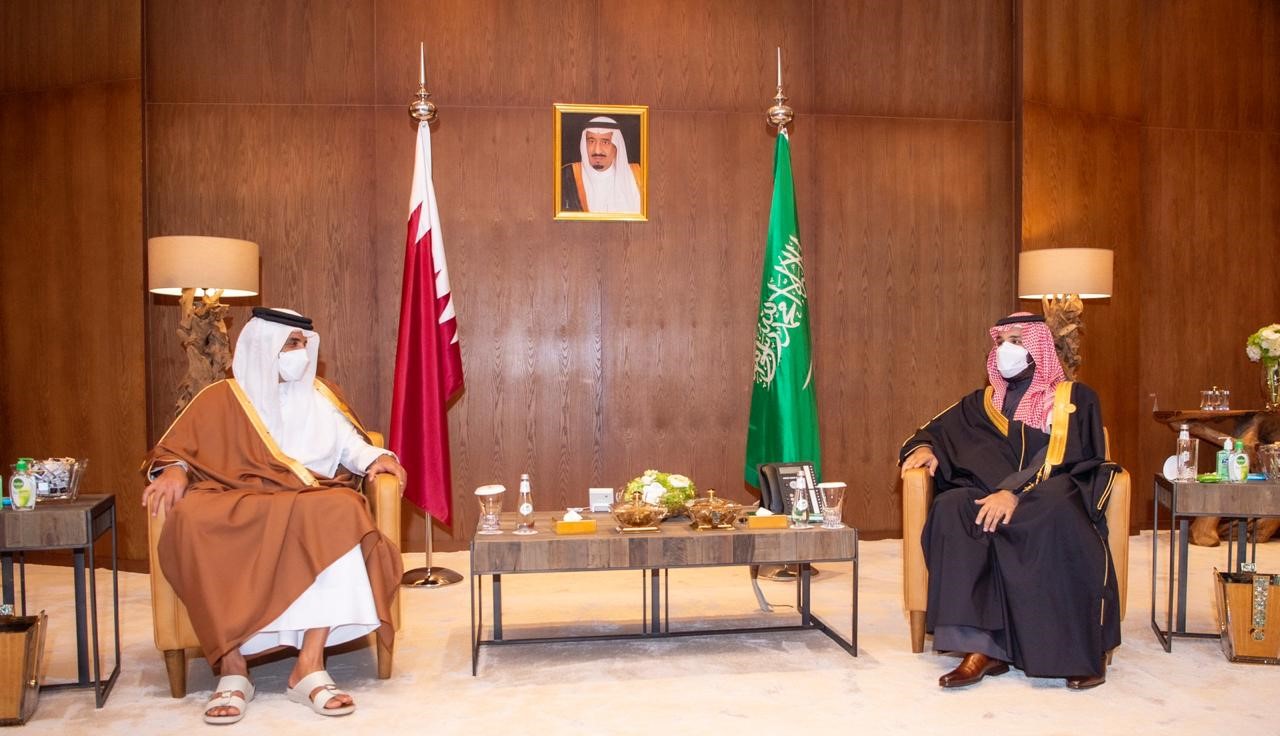 The meeting reviewed the bilateral relations between the two brotherly countries and means of bolstering the joint Gulf action.