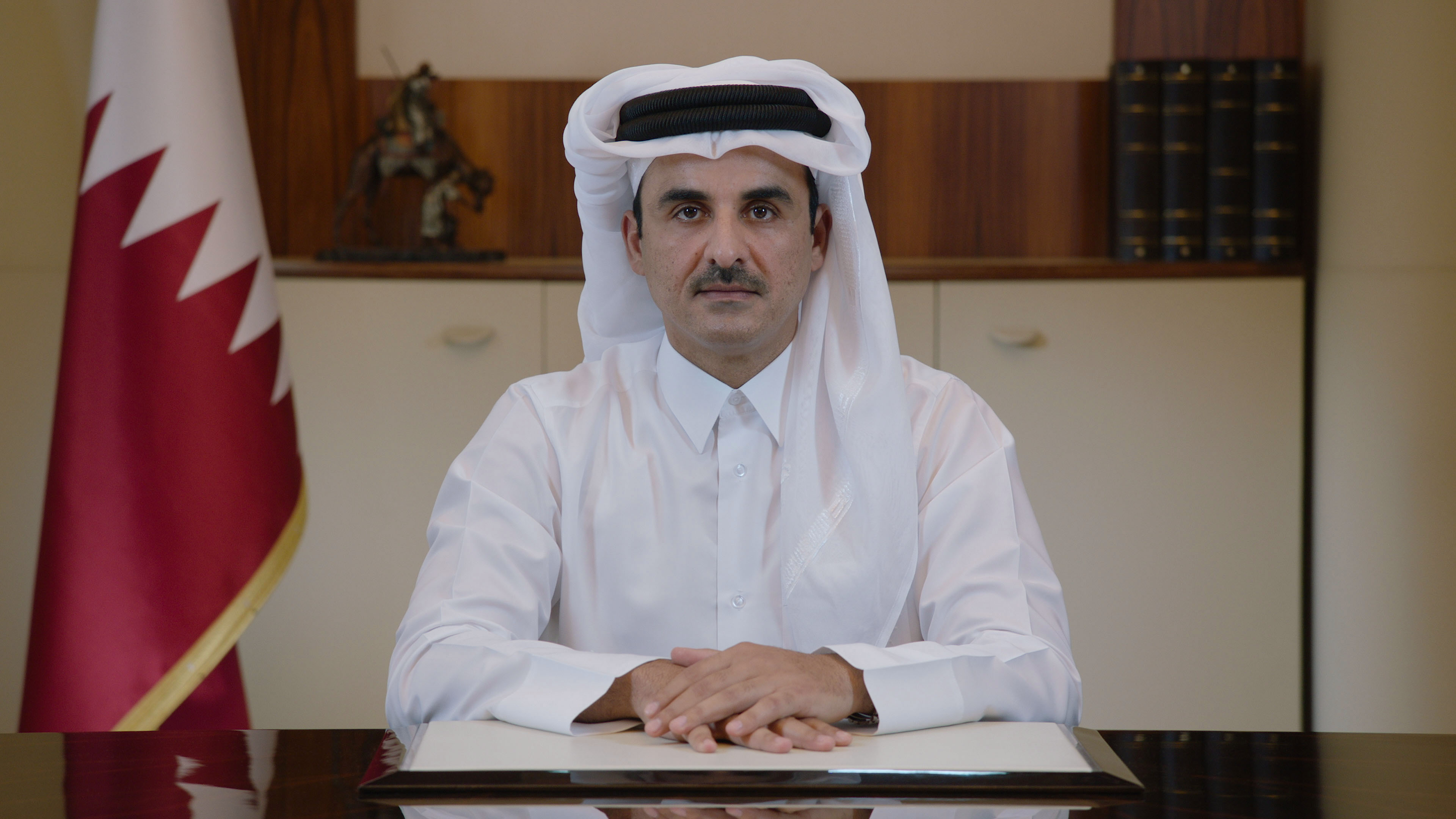 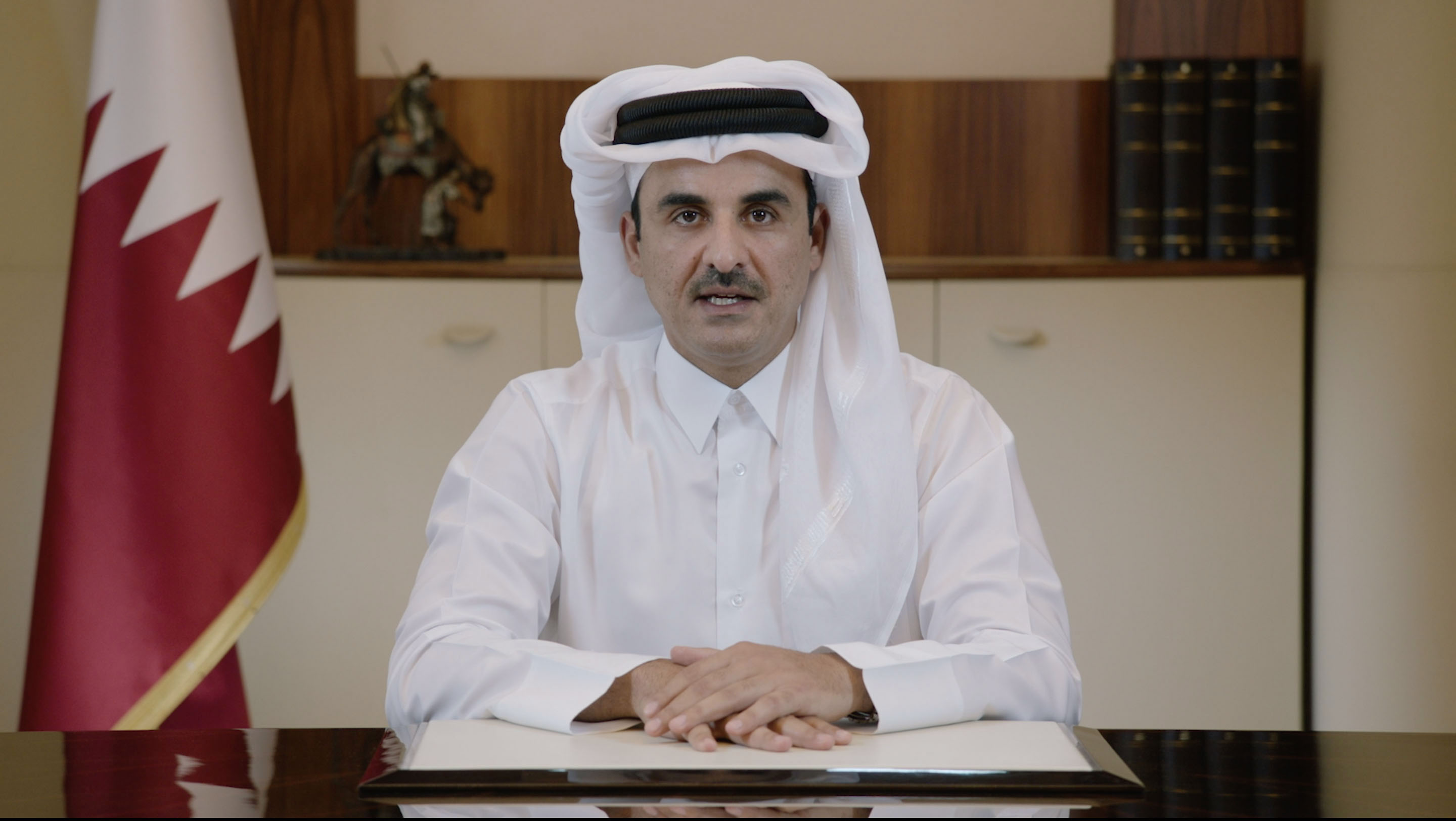 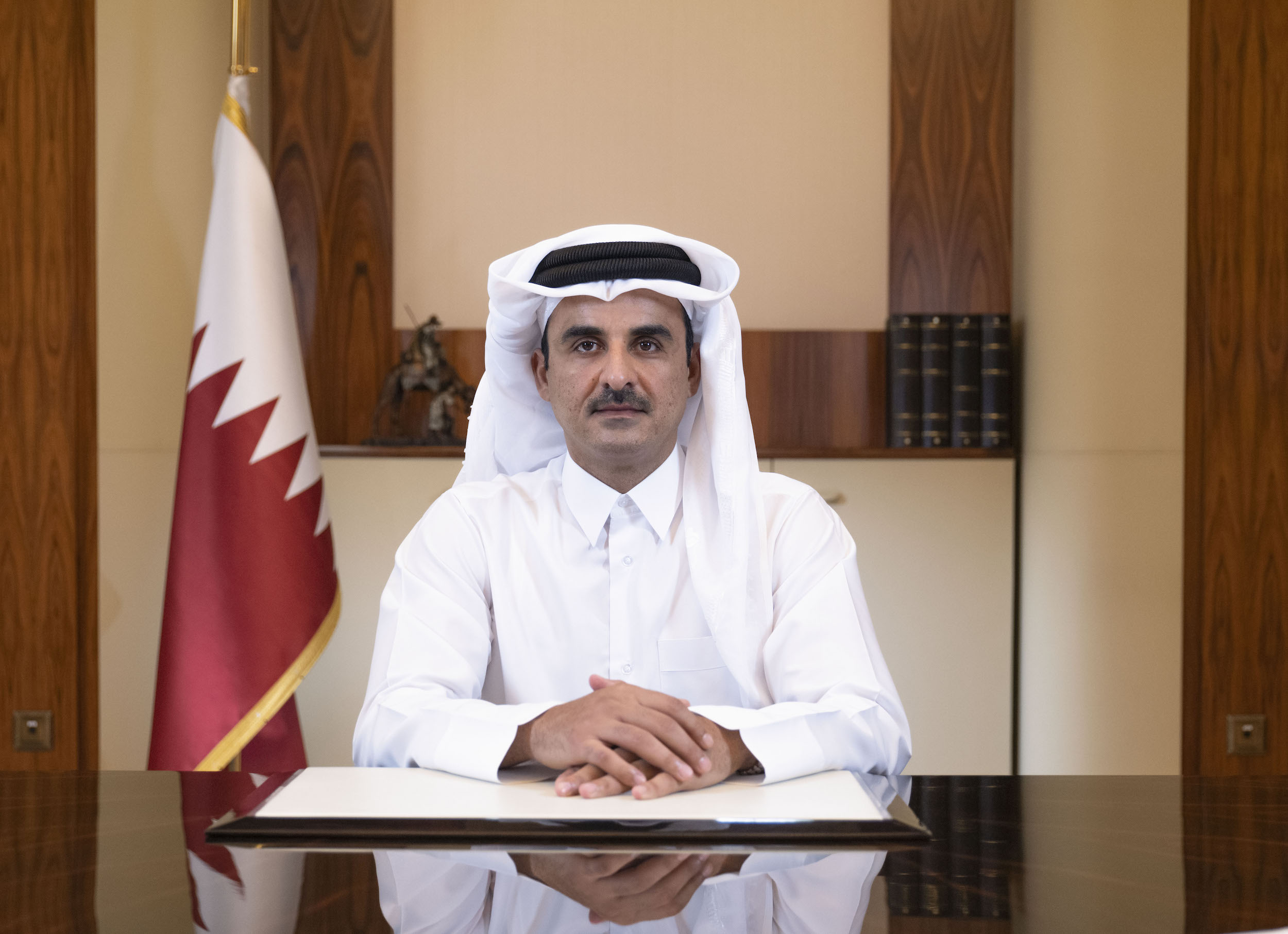 His Highness The Amir Sheikh Tamim bin Hamad Al Thani participated in " the International Conference on Assistance and Support to Beirut and the Lebanese People", which was held in the French capital Paris, via video-conferencing, at the invitation of HE President of the friendly French Republic Emmanuel Macron, and HE Secretary-General of the United Nations Antonio Guterres, with the participation of a number of Their Excellencies and  Highnesses leaders of countries and governments and representatives of the participating countries.

The following is an unofficial translation of HH The Amir's speech at the conference:

In the Name of God, the Most Merciful,

At the outset, I would like to extend many thanks to our dear friend Emmanuel Macron, President of the Republic of France, and to the Secretary-General of the United Nations, for their invitation to hold this important conference which comes amid extremely grave conditions that the brotherly Lebanon is going through and facing many difficulties. There is no doubt that the convening of this important conference reflects the international community’s resolve to stand beside Lebanon to overcome the catastrophe caused by the terrible explosion in Beirut’s port.

We are all aware of the scale of this catastrophe and the tragic and dire situation that the Lebanese people are experiencing as a result of this explosion, in which dozens of victims have lost their lives and thousands others were injured, as well as the massive destruction of buildings and properties and the exacerbation of economic and financial challenges.

Lebanon cannot get over this dire circumstance on its own. Facing this crisis and overcoming its dangerous negative repercussions depends on strengthening national unity, unifying and intensifying governmental and societal efforts in Lebanon and providing all necessary forms of aid, from relief to restoration and reconstruction, by the international community.

The eyes of the brotherly Lebanese people are looking forward to the outcome of this conference, and we appeal to the international community, with all its components, states and organizations, to provide urgent financial assistance and contributions that help Lebanon to overcome the agonizing circumstances it is going through. Dialogue on the internal issues is to be set aside for the Lebanese people’s awareness, consciousness and living powers.

In this context, the State of Qatar, in response to what is made imperative on it by its humanitarian duty and the ensuing solidarity from the bonds of brotherhood, and in fulfillment of its duty and commitment to support Lebanon, we will announce in the coming days our contribution to the reconstruction of Beirut through the projects that will be adopted. In the meantime we, in terms of people and institutions, quickly responded to the call of the brothers in Lebanon and provided urgent relief aid to them that is worth the sum of fifty million dollars as a contribution to the relief operations and alleviation of the suffering of the Lebanese people and overcoming their extremely difficult circumstances. We have also sent an equipped team from the Qatari International Search and Rescue Group and established field hospitals.

In conclusion, I hope that this conference will achieve its desired goals.

May the peace, mercy and blessings of God be upon you.