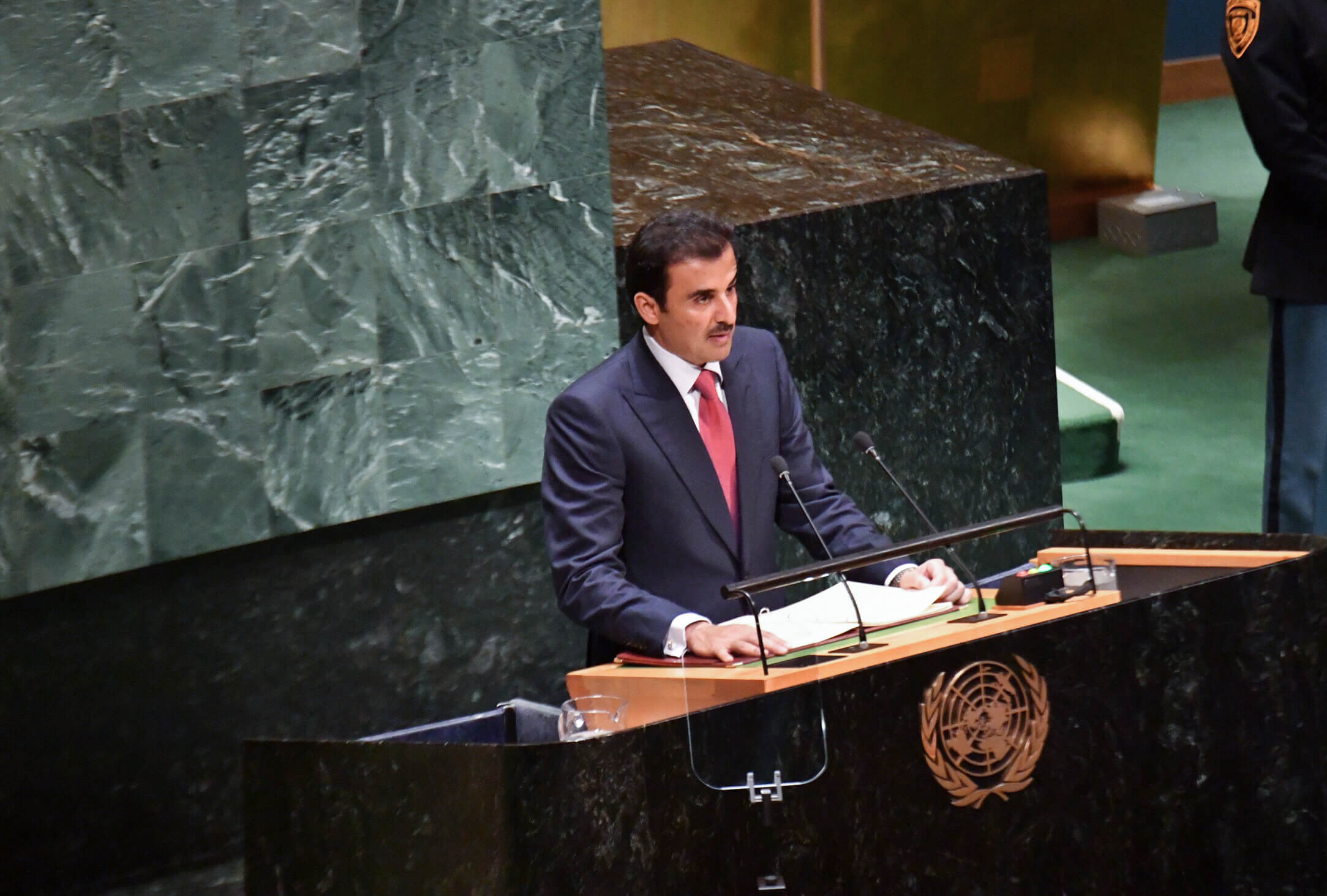 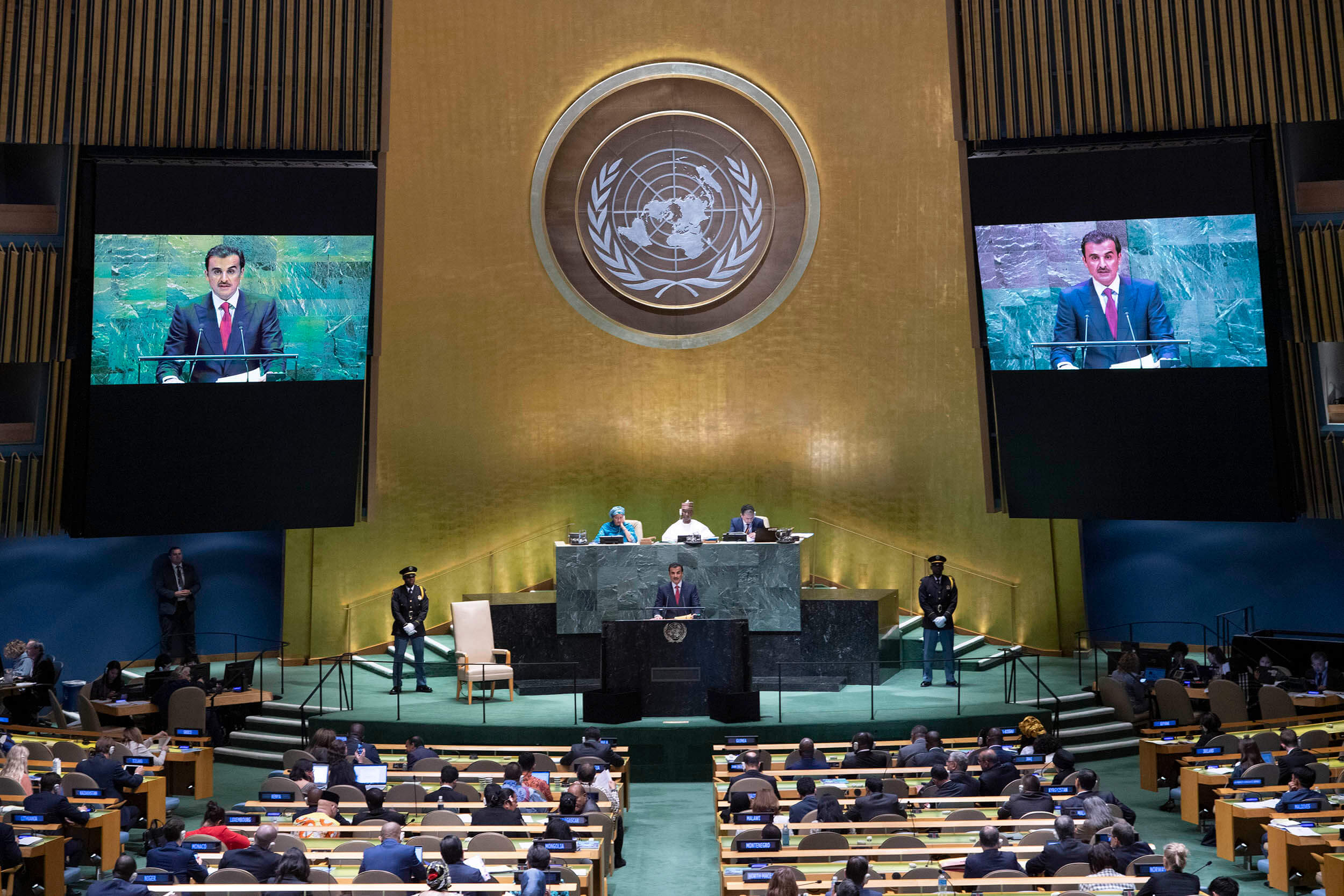 His Highness The Amir of Qatar Sheikh Tamim bin Hamad Al Thani took part in the opening session of the General Debate of the 74th session of the United Nations General Assembly, which kicked off at the UN headquarters in New York on Tuesday in the presence of Their Highnesses and Excellencies leaders of states and heads of governments and delegations of governmental, regional and international organizations and civil society institutions.