HH The Amir Participates in the Enthronement Ceremony of Japanese Emperor 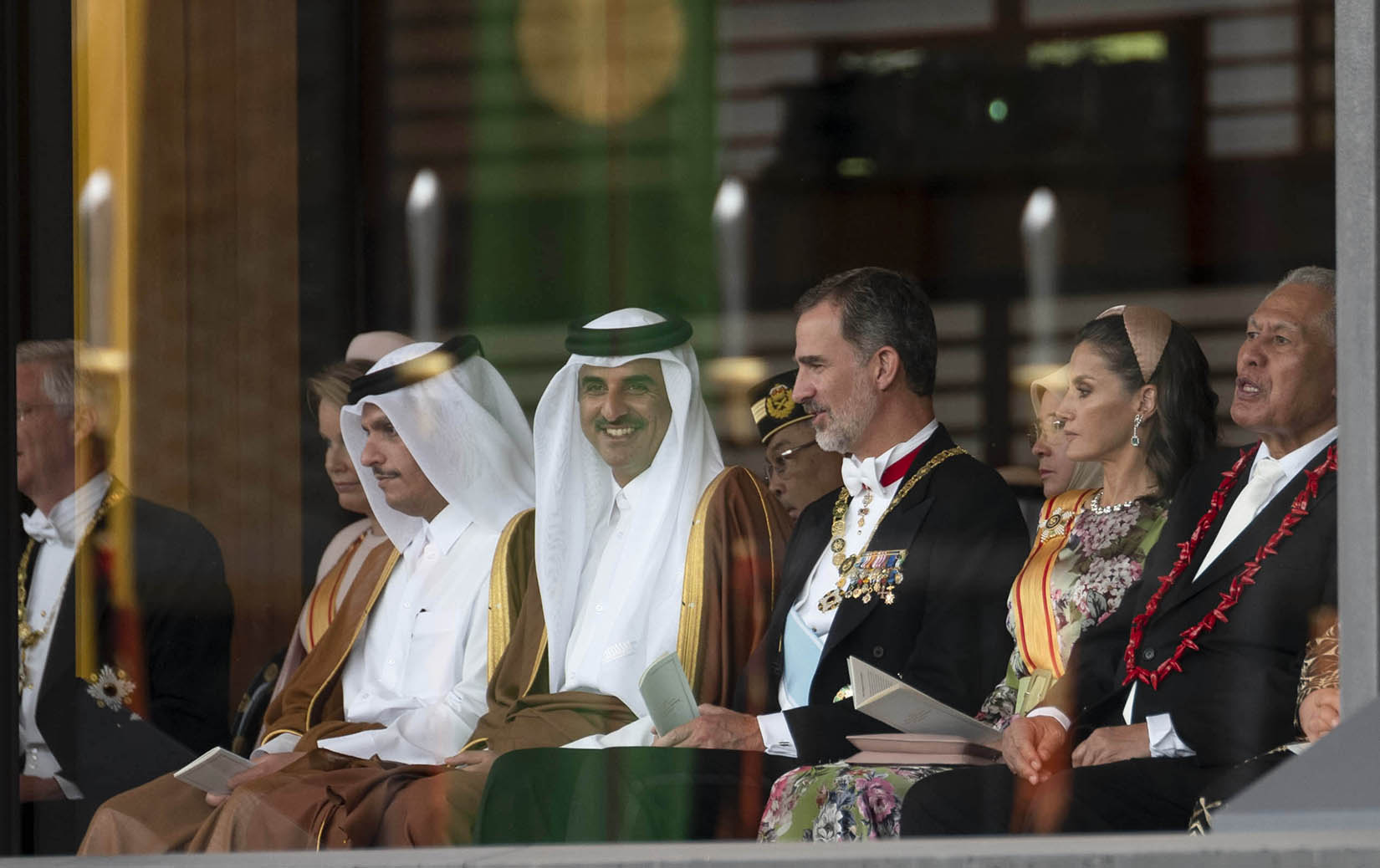 His Highness The Amir Sheikh Tamim bin Hamad Al Thani participated in the enthronement ceremony of HM Emperor Naruhito of Japan, which took place at the Imperial Palace in the capital Tokyo on Tuesday.

A number of Their Majesties, Highnesses and Excellencies Heads of State and governments, as well as senior officials in Japan and the world's nations, and representatives of international organizations participated in the ceremony.