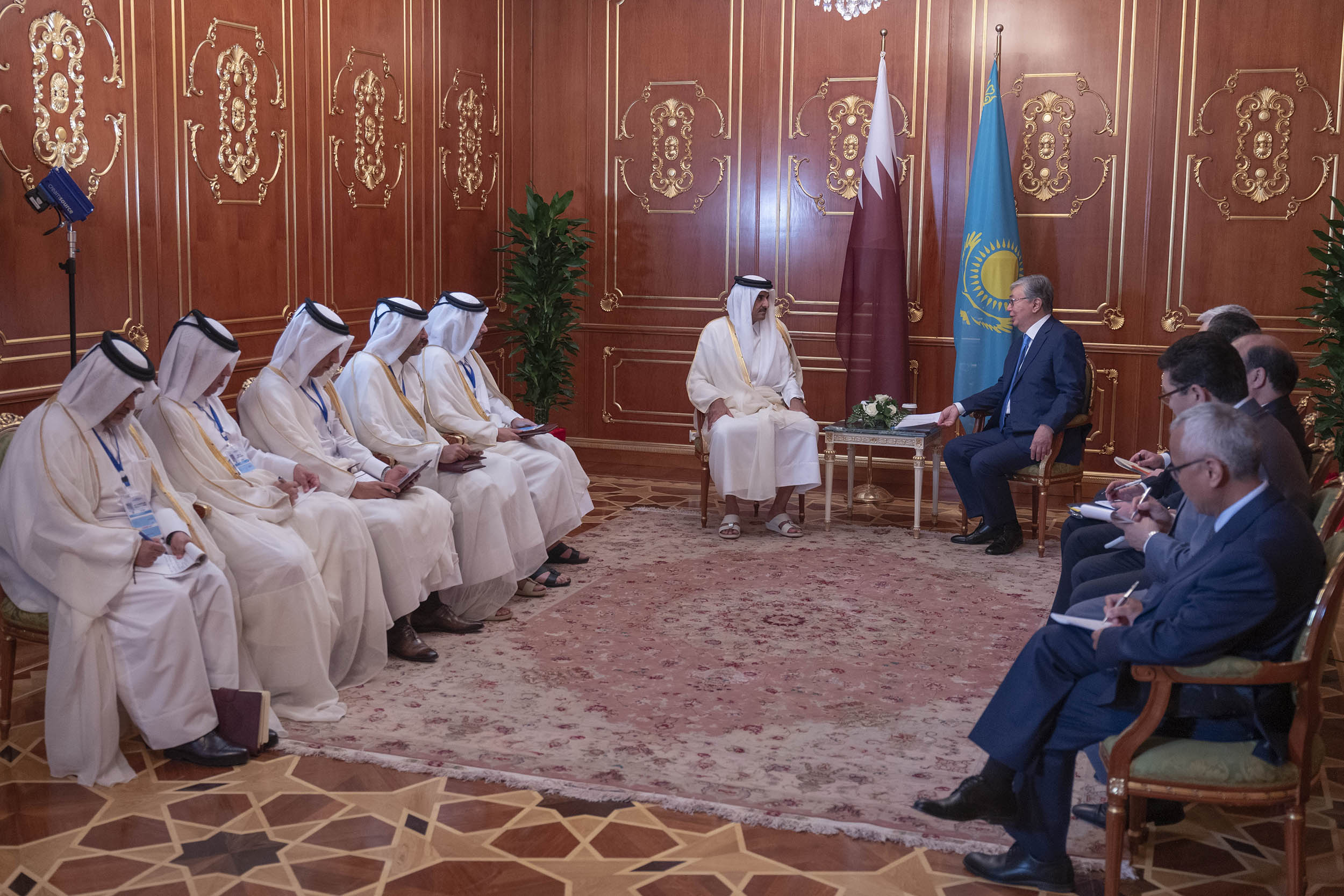 His Highness The Amir Sheikh Tamim bin Hamad Al Thani met on Saturday with HE President of the Republic of Kazakhstan, Kassym-Jomart Tokayev, in Dushanbe on Saturday morning.

At the beginning of the meeting, HH The Amir congratulated HE the President on his assumption of the presidency of Kazakhstan, wishing the relations between the two countries continued development and progress.

During the meeting, the two sides reviewed the bilateral relations and the opportunities to promote them to broader horizons. HH The Amir and the President of Kazakhstan also exchanged views on a number of issues of common concern.