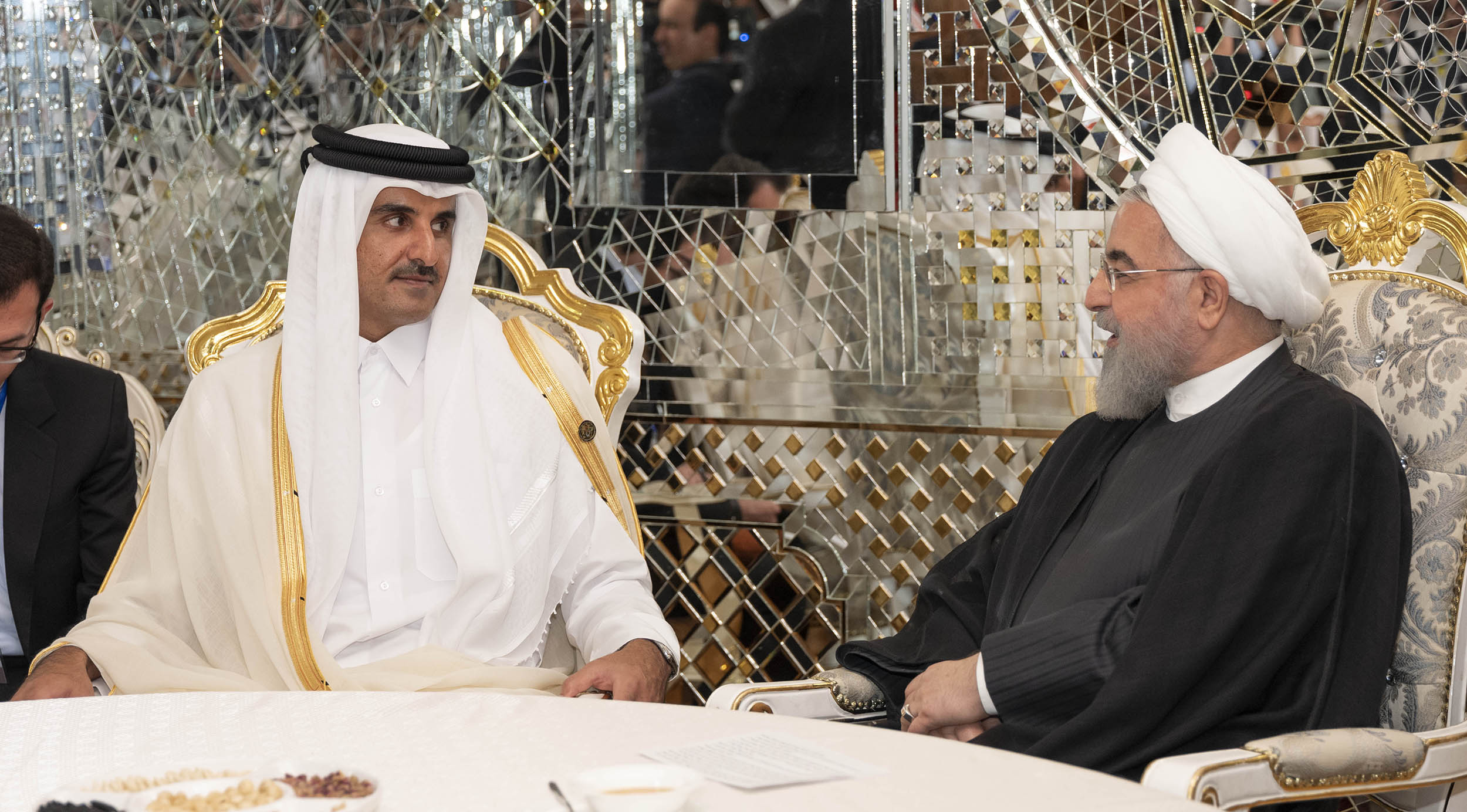 His Highness The Amir Sheikh Tamim bin Hamad Al Thani met here this afternoon with HE President Dr. Hassan Rouhani of the Islamic Republic of Iran, on the sidelines of the Fifth Summit of the Conference on Interaction and Confidence-Building Measures in Asia (CICA), currently in session in Dushanbe .

At the beginning of the meeting , HE the Iranian President expressed his happiness to meet with HH The Amir, noting that despite the problems in the region, the Qatari-Iranian relations are witnessing steady development, pointing out that Qatar is a neighbor, friendly and brotherly country and hopes to further develop and deepen relations in all fields, with many bilateral and regional areas of cooperation.

HE the President expressed Iran's desire for dialogue and the elimination of all misunderstandings in the region.

For his part, HH The Amir said that the Qatari-Iranian relations are deep and historical, and stressed that Qatar's historical and clear position is that any disagreement among neighbors should be resolved through dialogue.

HH The Amir thanked HE the President for Iran's stance on the blockade imposed on the State of Qatar for more than two years by providing air, land and sea transit facilities. HH The Amir also referred to the strong and solid relations between the two peoples.

HH The Amir and HE the President discussed bilateral relations and means of enhancing them. They also discussed the latest developments in the region, especially the escalation in the Gulf region, stressing the importance of dialogue to resolve disputes in order to maintain the region's security and stability.