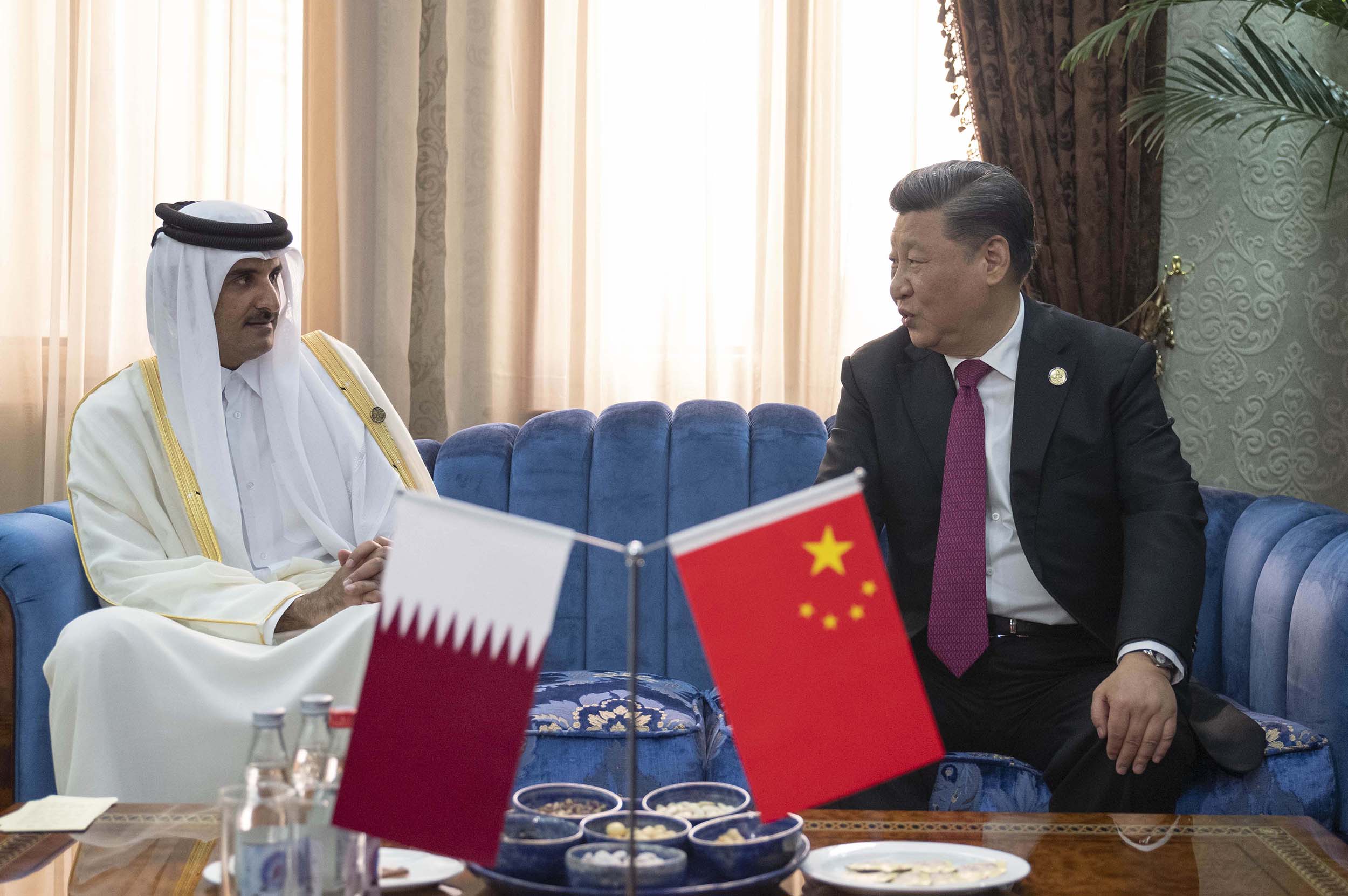 His Highness The Amir Sheikh Tamim bin Hamad Al Thani met with HE President of the People's Republic of China Xi Jinping, on the sidelines of the Fifth Summit of the Conference on Interaction and Confidence-Building Measures in Asia (CICA), at Navruz Palace in Dushanbe on Saturday morning.

At the outset of the meeting, HE the Chinese President expressed pleasure for meeting HH The Amir on the sidelines of the summit, noting HIs Highness's last visit to China in January, which he described as very successful and greatly contributed to promoting the Qatari-Chinese relations. HE the Chinese President expressed satisfaction with the results of the deep bilateral relations, and underlined his readiness to work with HH The Amir to further enhance and develop the relations between the two countries.

For his part, HH The Amir highlighted the importance of his recent visit to China and its contribution to promoting the Qatari-Chinese relations, describing it as strategic. HH The Amir underlined the mutual keenness - as indicated by HE the Chinese President- on developing the relations between the two countries in various fields.

During the meeting, the two leaders reviewed the strategic partnership between the two friendly countries and means of developing it in all fields, especially in economy, investment, energy and industry.

HH The Amir and HE the Chinese President also discussed the most important issues of mutual concern on the regional and international arenas.