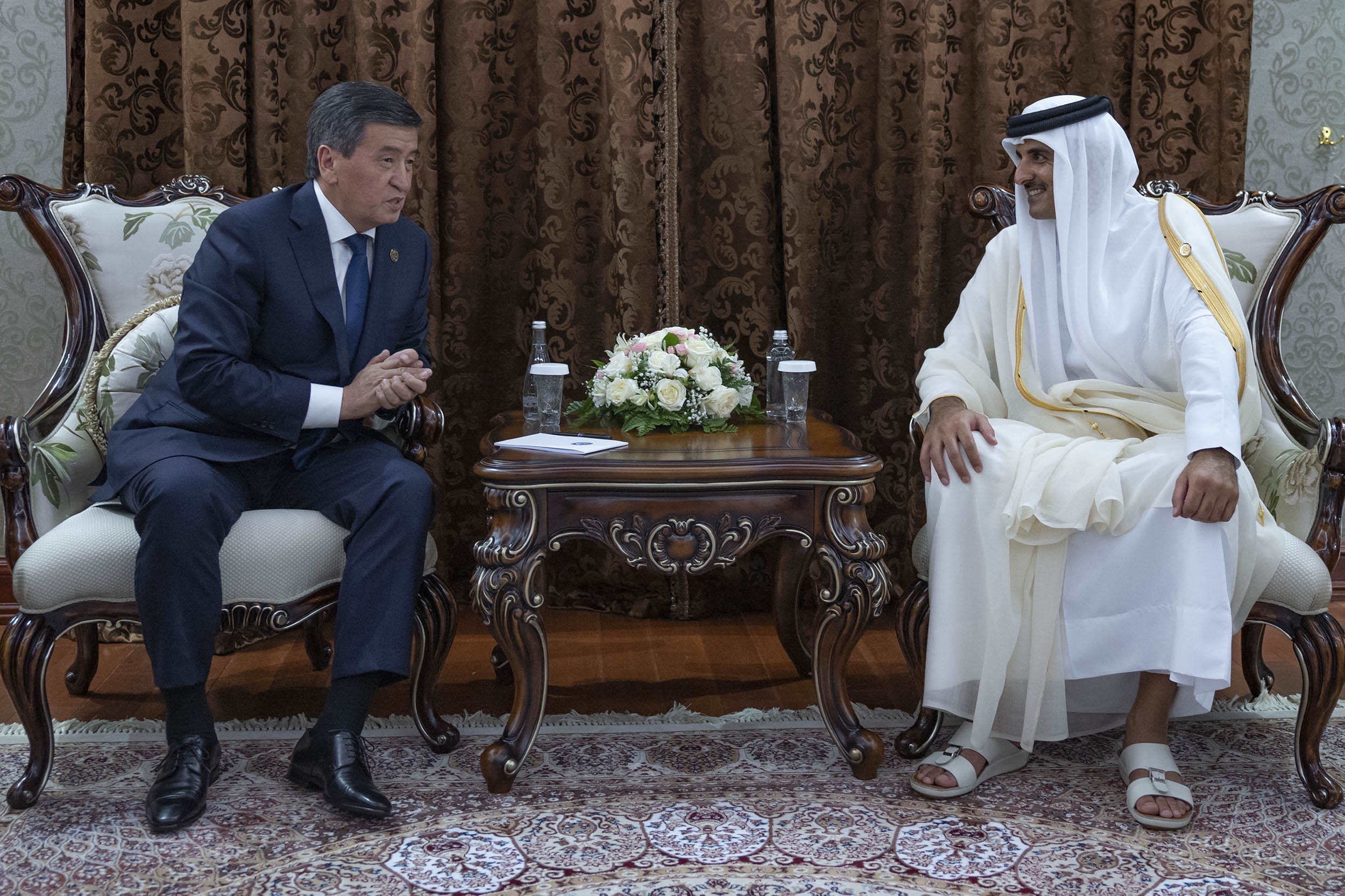 His Highness The Amir Sheikh Tamim bin Hamad Al Thani met with HE President of Kyrgyzstan Sooronbay Jeenbekov, on the sidelines of the Fifth Summit of the Conference on Interaction and Confidence-Building Measures in Asia in Navruz Palace in Dushanba this afternoon.

During the meeting, they reviewed the bilateral relations between the two countries, means of boosting and developing them, besides a number of issues of common concern.
HE the President of Kyrgyzstan also invited HH The Amir to visit Kyrgyzstan.
The meeting was attended by a number of their Excellencies members of the official delegation accompanying HH The Amir, and a number of ministers from the Kyrgyz side.