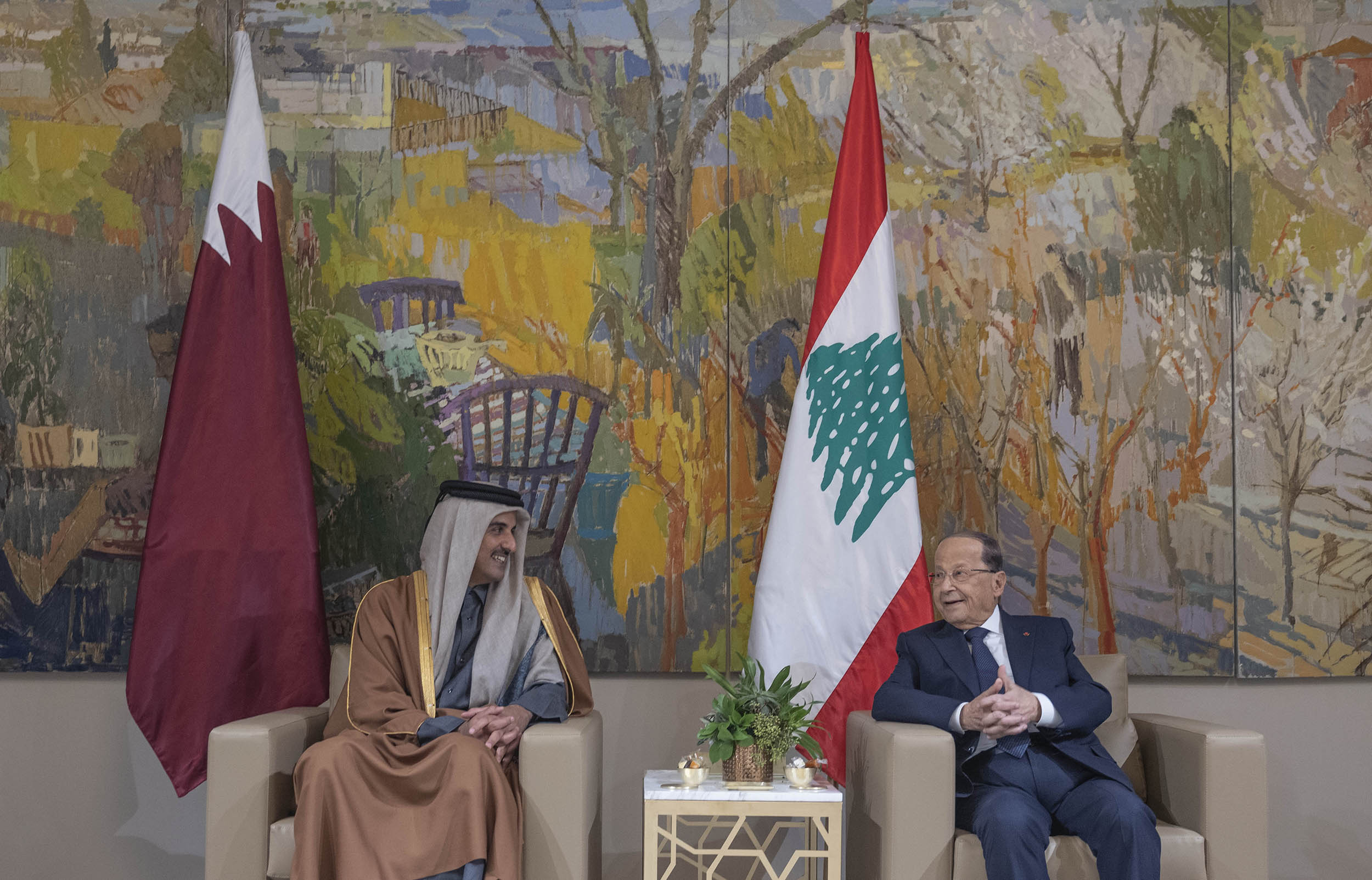 His Highness The Amir Sheikh Tamim bin Hamad Al Thani met with HE President of the Lebanese Republic General Michel Aoun, ahead of the Arab Economic and Social Development Summit at the conferences center in Beirut on Sunday morning.

The meeting reviewed the most important topics on the agenda of the summit, in addition to the relations of cooperation between the two brotherly countries and means of promoting them to wider horizons.

HH The Amir and HE the Lebanese President also exchanged views on the current issues on the regional and international arenas.

Their Excellencies members of the official delegation accompanying HH The Amir attended the meeting.

The meeting was attended from the Lebanese side by a number of Their Excellencies the Ministers.