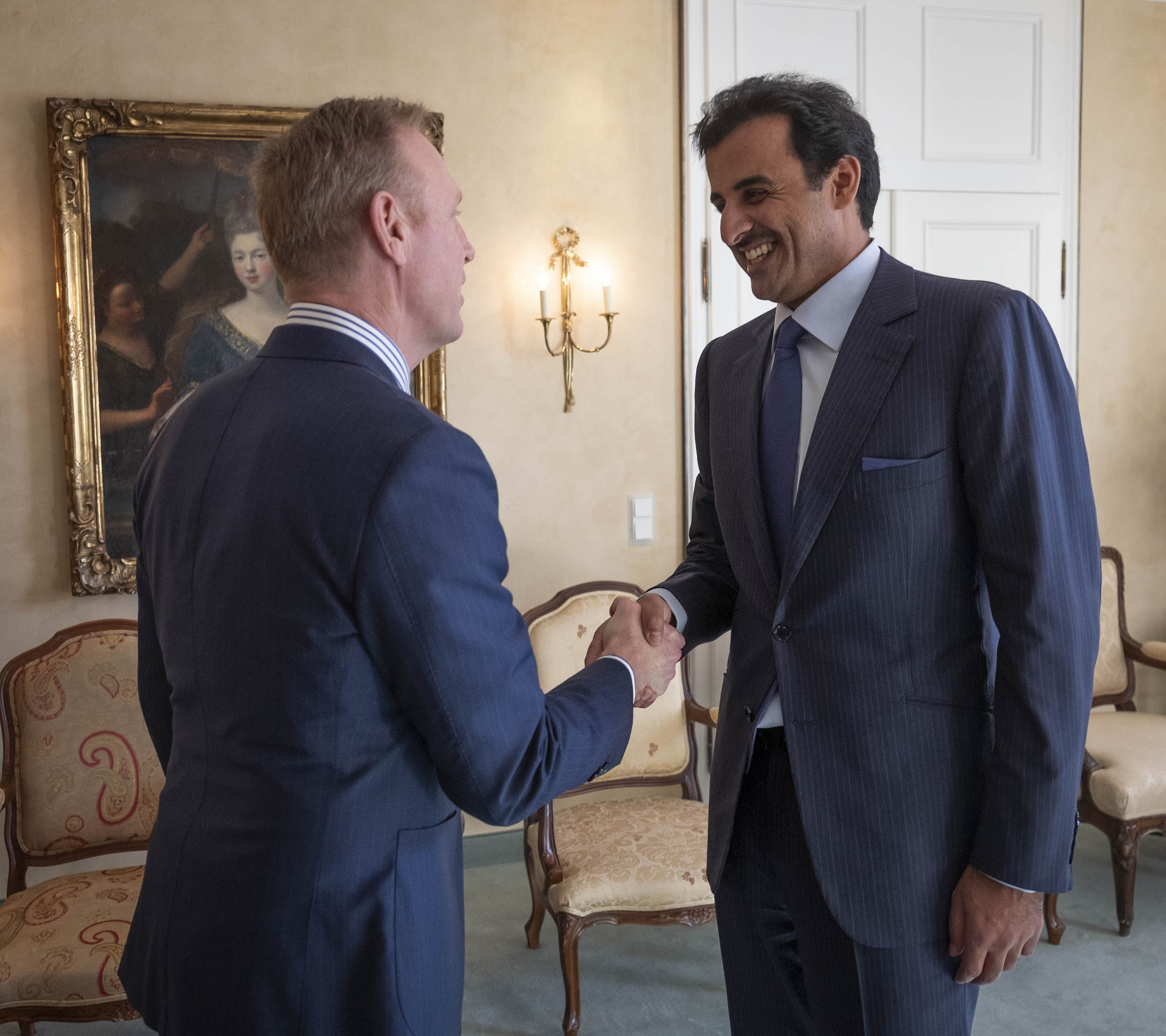 His Highness The Amir Sheikh Tamim bin Hamad Al Thani received on Saturday HE U.S. Acting Secretary of Defense Patrick Shanahan and his accompanying delegation, on the sidelines of the 55th Munich Security Conference.

The meeting focused on discussing the strategic bilateral relations between the State of Qatar and the United States of America, particularly in the military and defense field, as well as discussing the latest regional and international developments.

The meeting was attended by a number of Their Excellencies members of the official delegation accompanying HH The Amir.