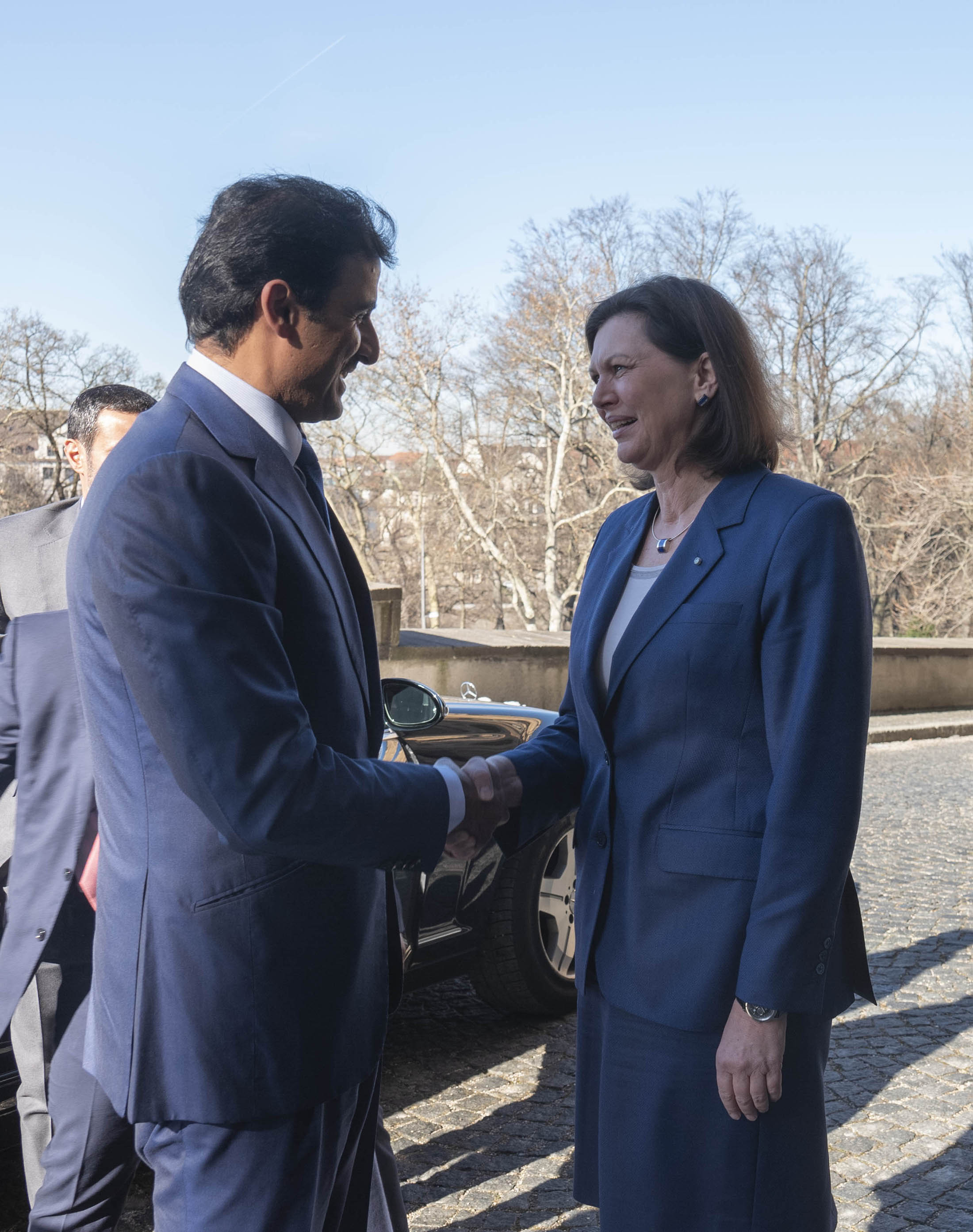 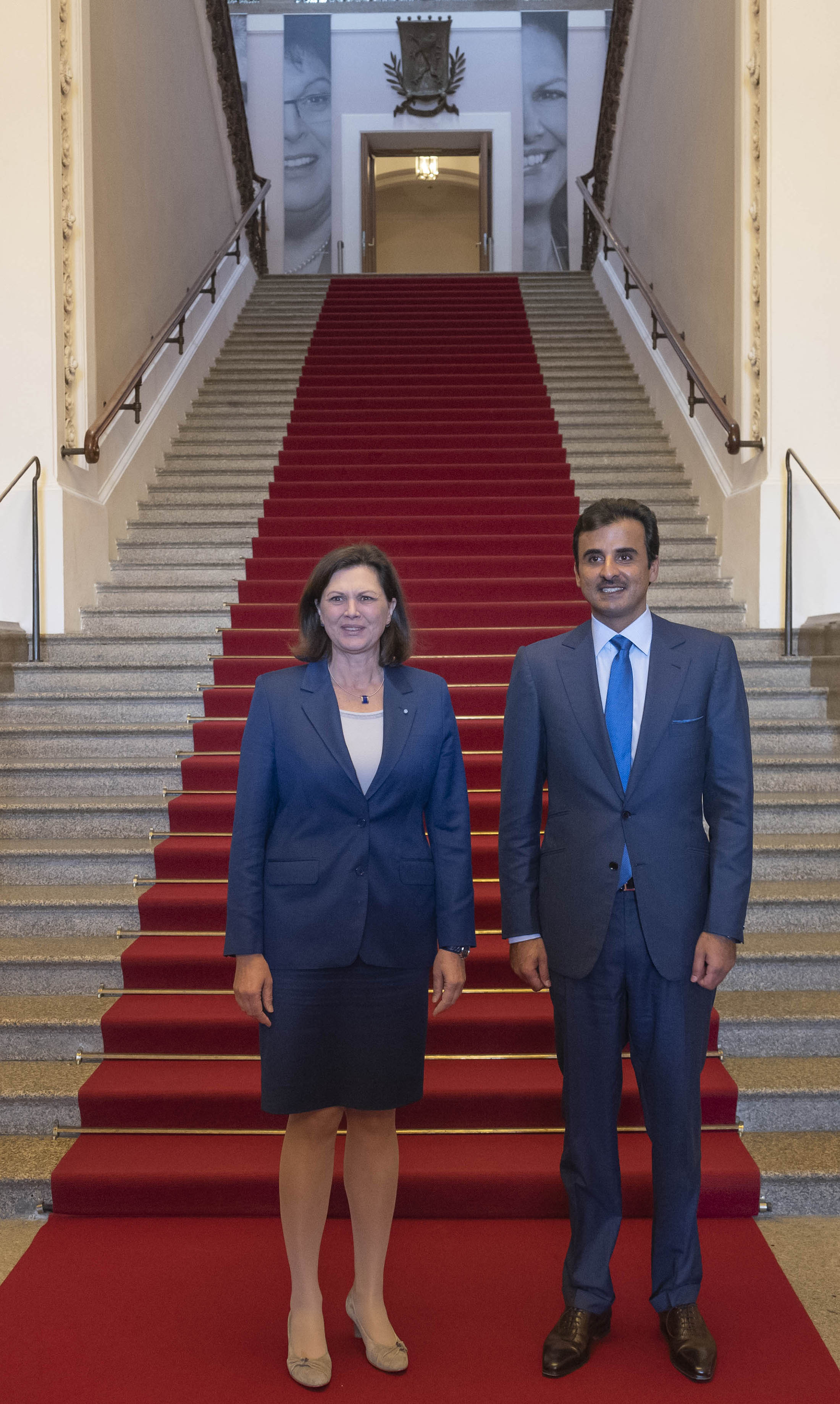 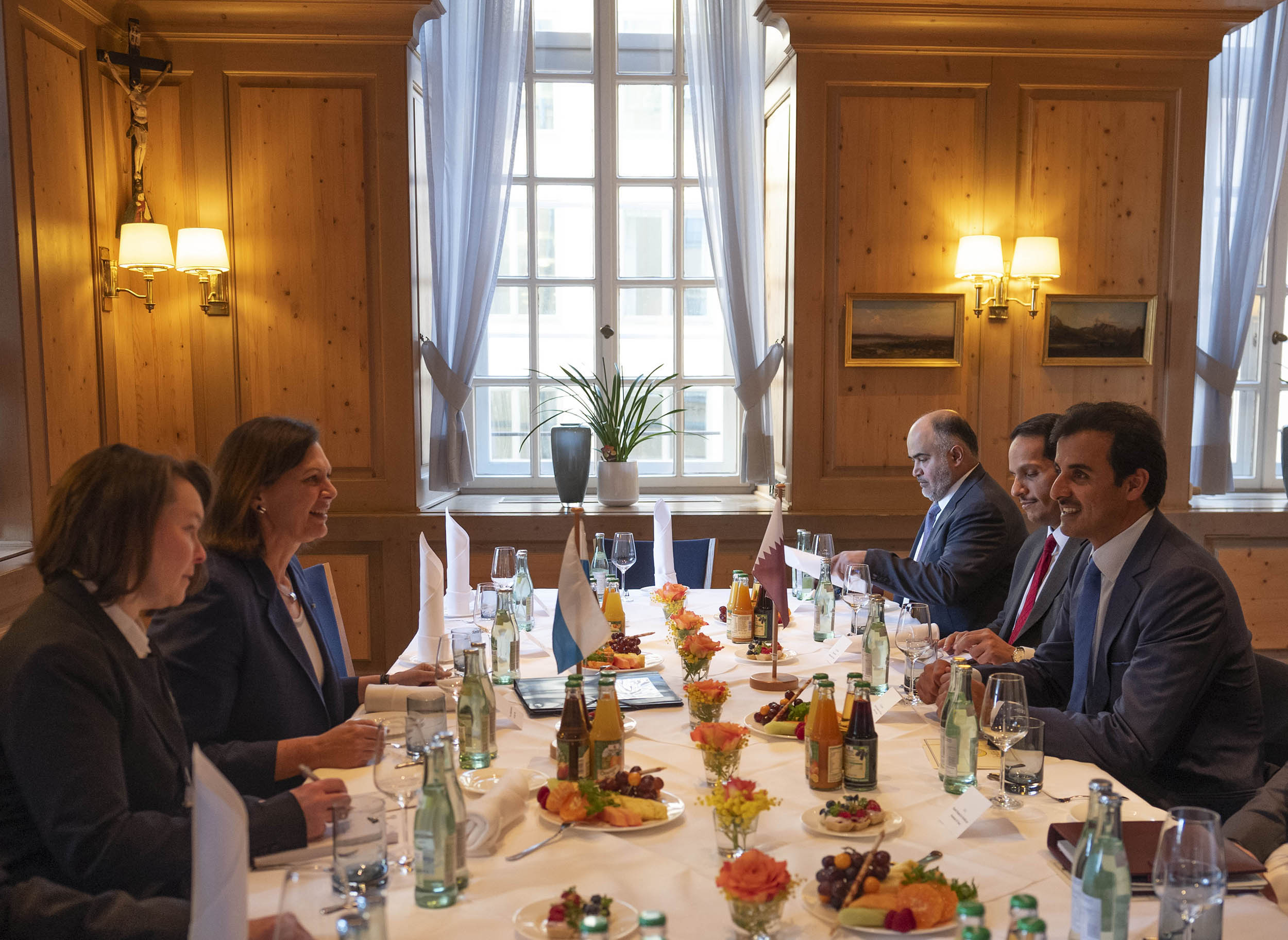 Upon his arrival at the Landtag, HH The Amir was received by HE President of the Landtag of Bavaria Ilse Aigner and a number of Their Excellencies members of the Landtag.

At the beginning of the meeting, President of the Landtag of Bavaria congratulated HH The Amir on Qatar's winning of the 2019 Asian Cup. Aspects of the development of friendly relations and cooperation, especially in the legislative and parliamentary fields were also reviewed besides the exchange of experiences in this regard.

HH The Amir was accompanied by Their Excellencies members of the official delegation.