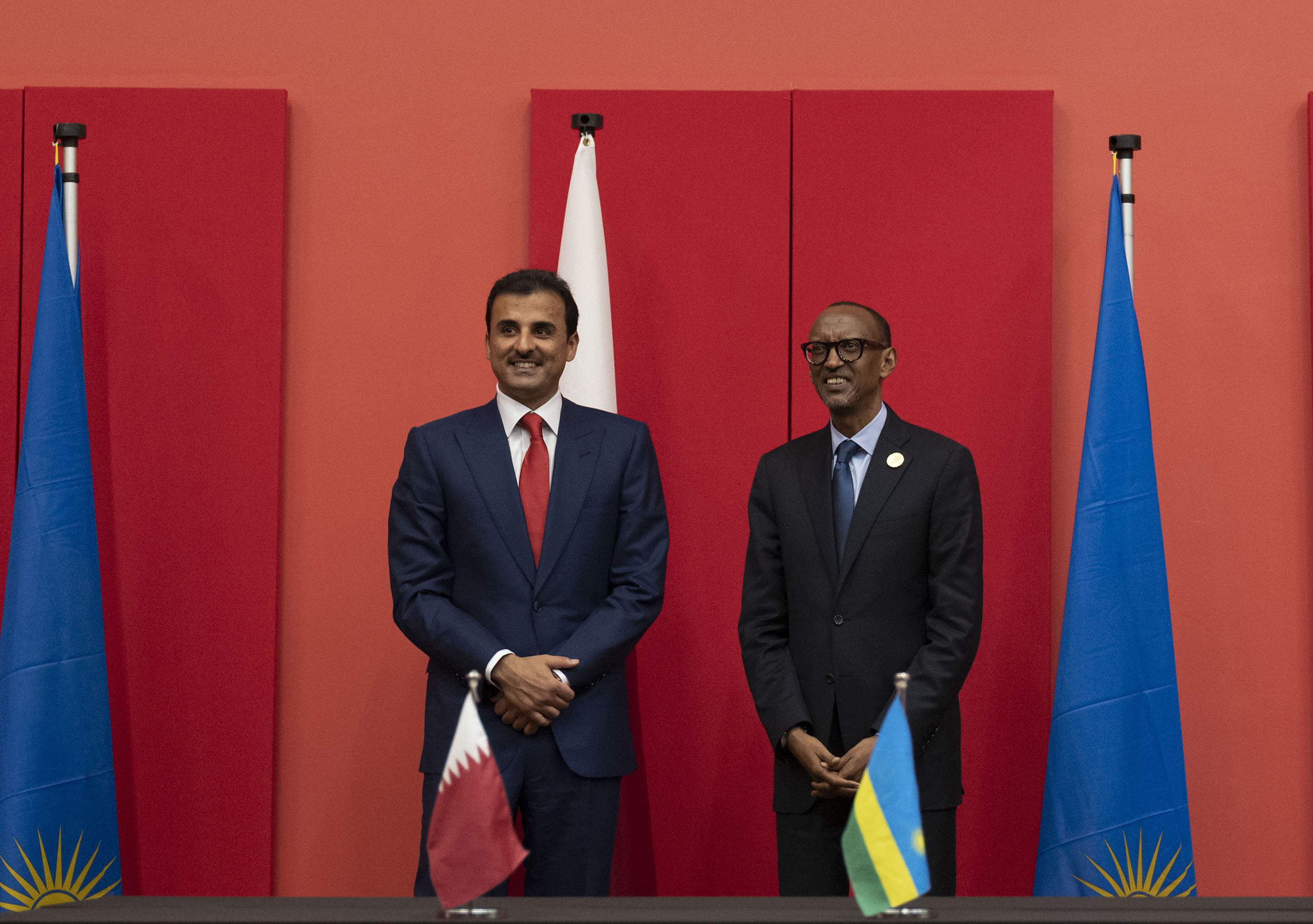 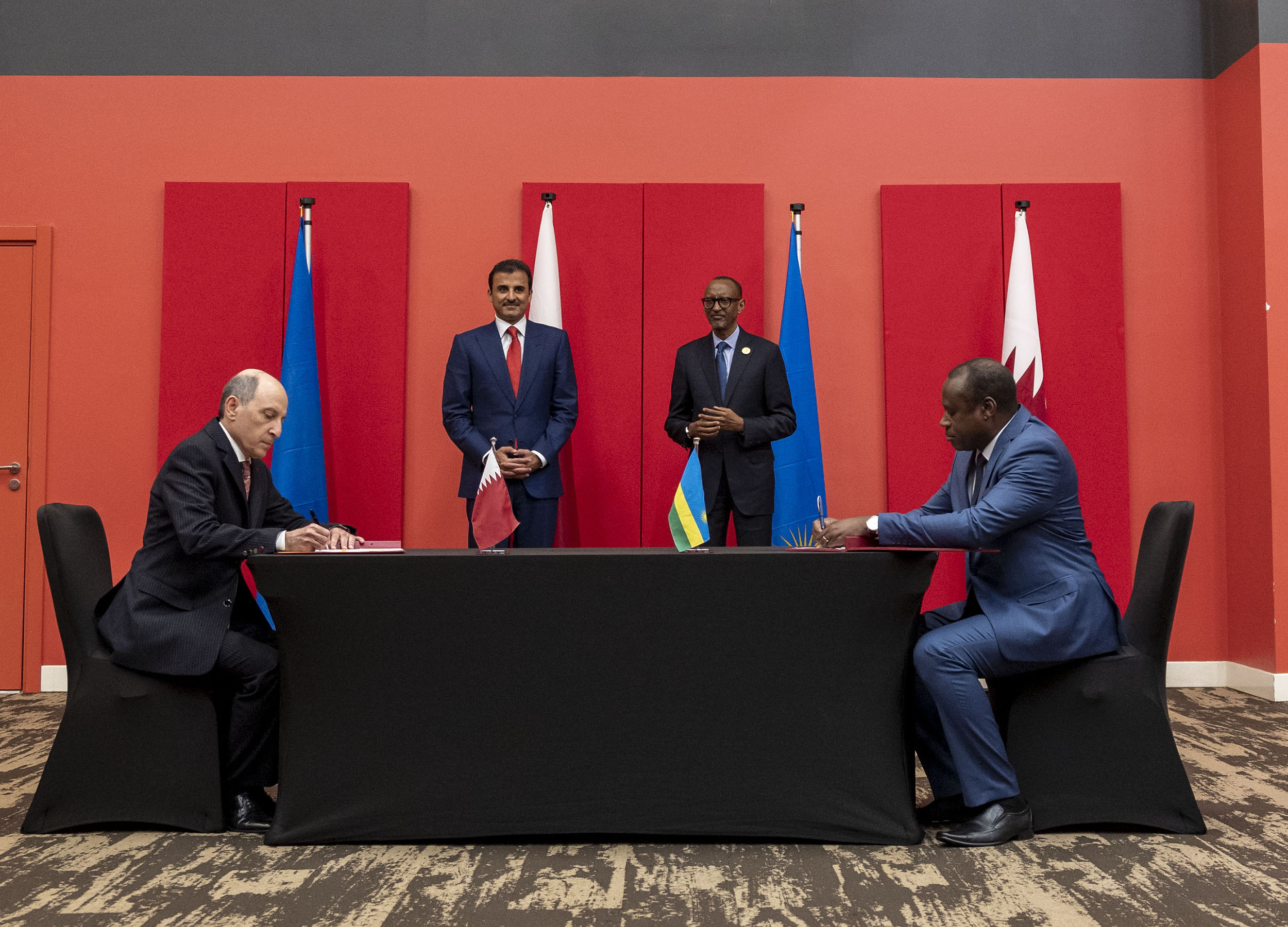 His Highness The Amir Sheikh Tamim bin Hamad Al Thani and HE President of the Republic of Rwanda Paul Kagame attended the signing of three agreements between the governments of the two countries, on the sidelines of Sheikh Tamim Bin Hamad Al Thani International Anti-Corruption Excellence Award ceremony held at Kigali Convention Centre on Monday.

HH The Amir and HE the Rwandan President attended the signing of an acquisition agreement of 60% of Bugesera Airport shares, a shareholders' agreement and a guarantee agreement between Qatar Airways and the Rwandan air transport company.