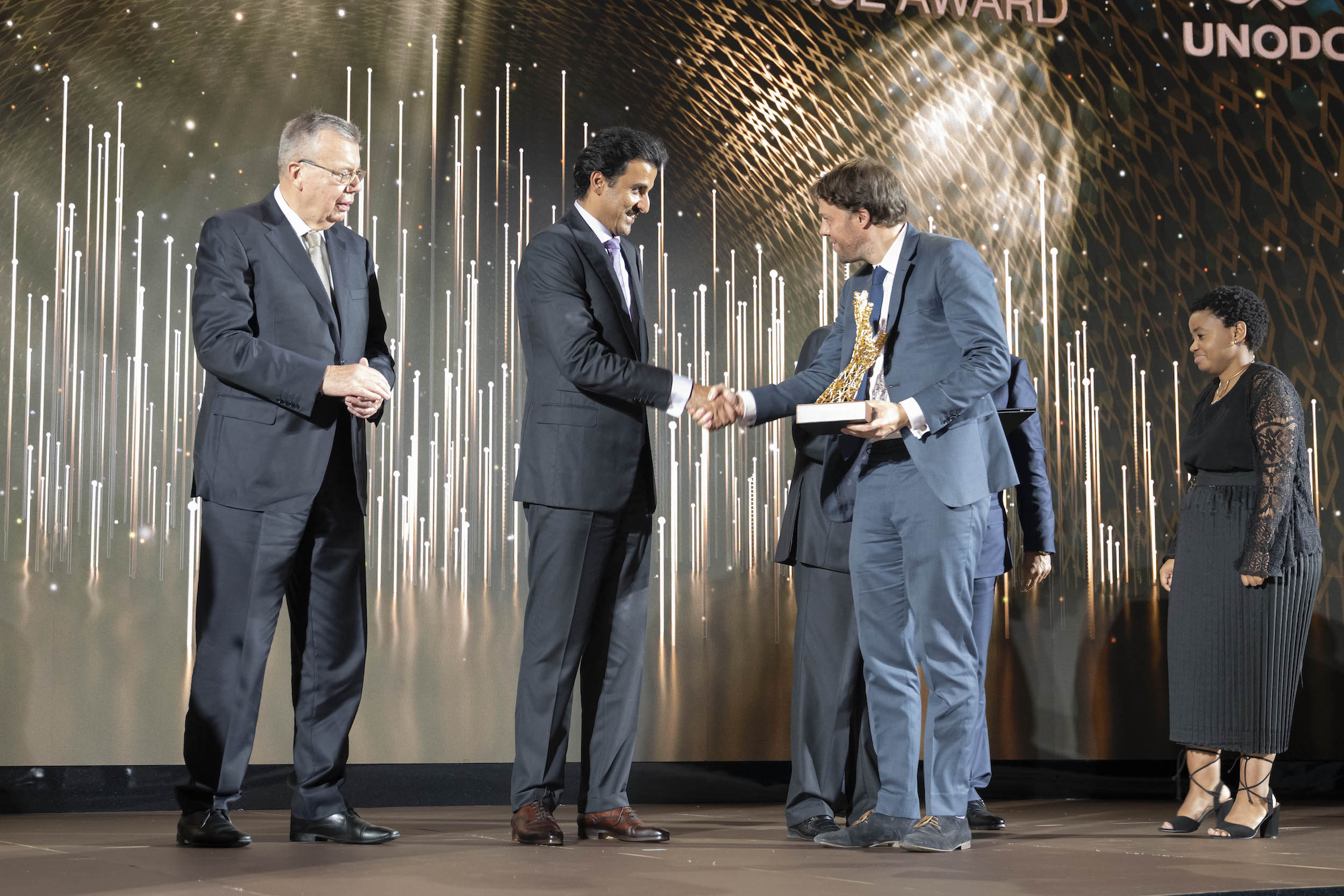 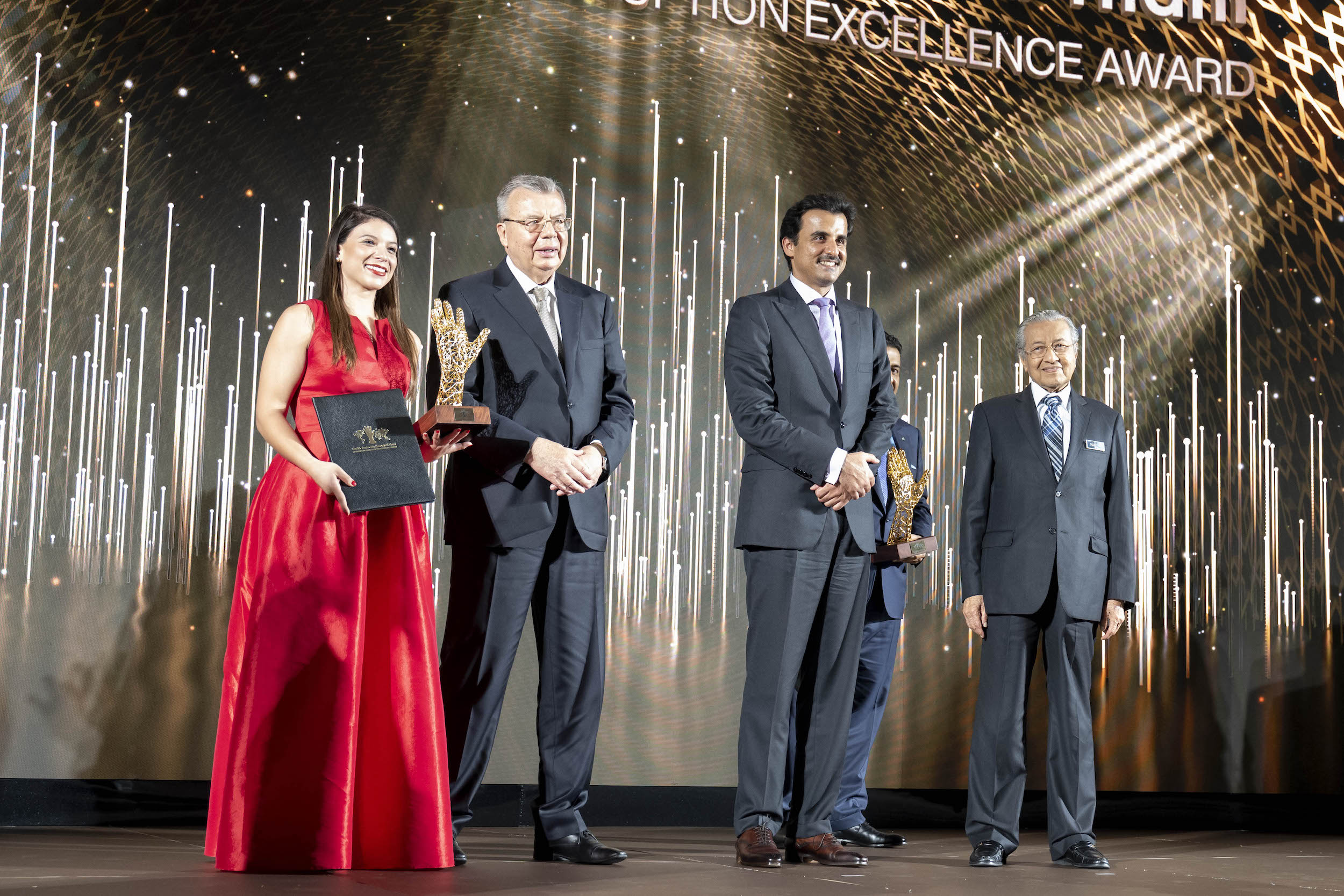 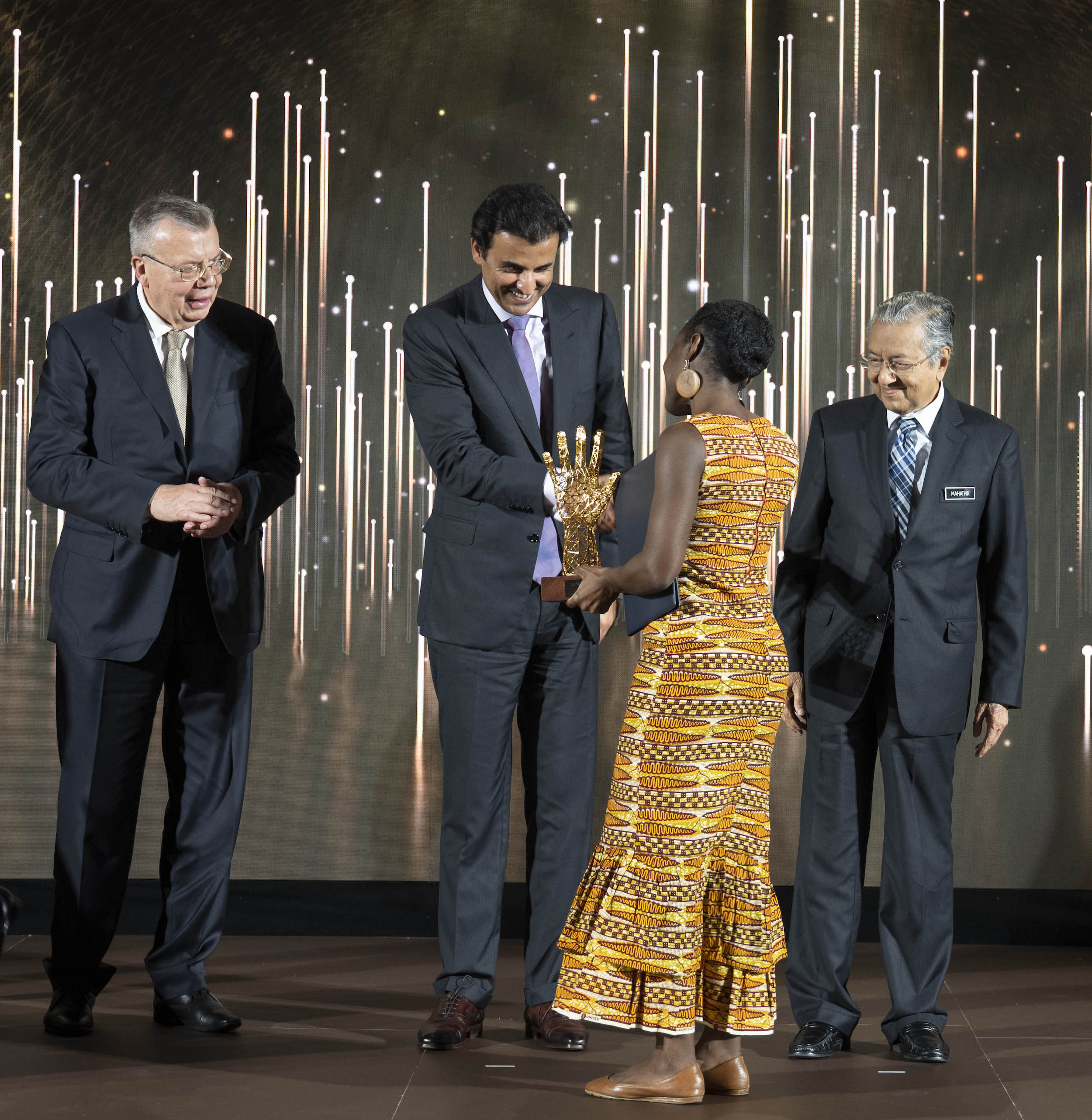 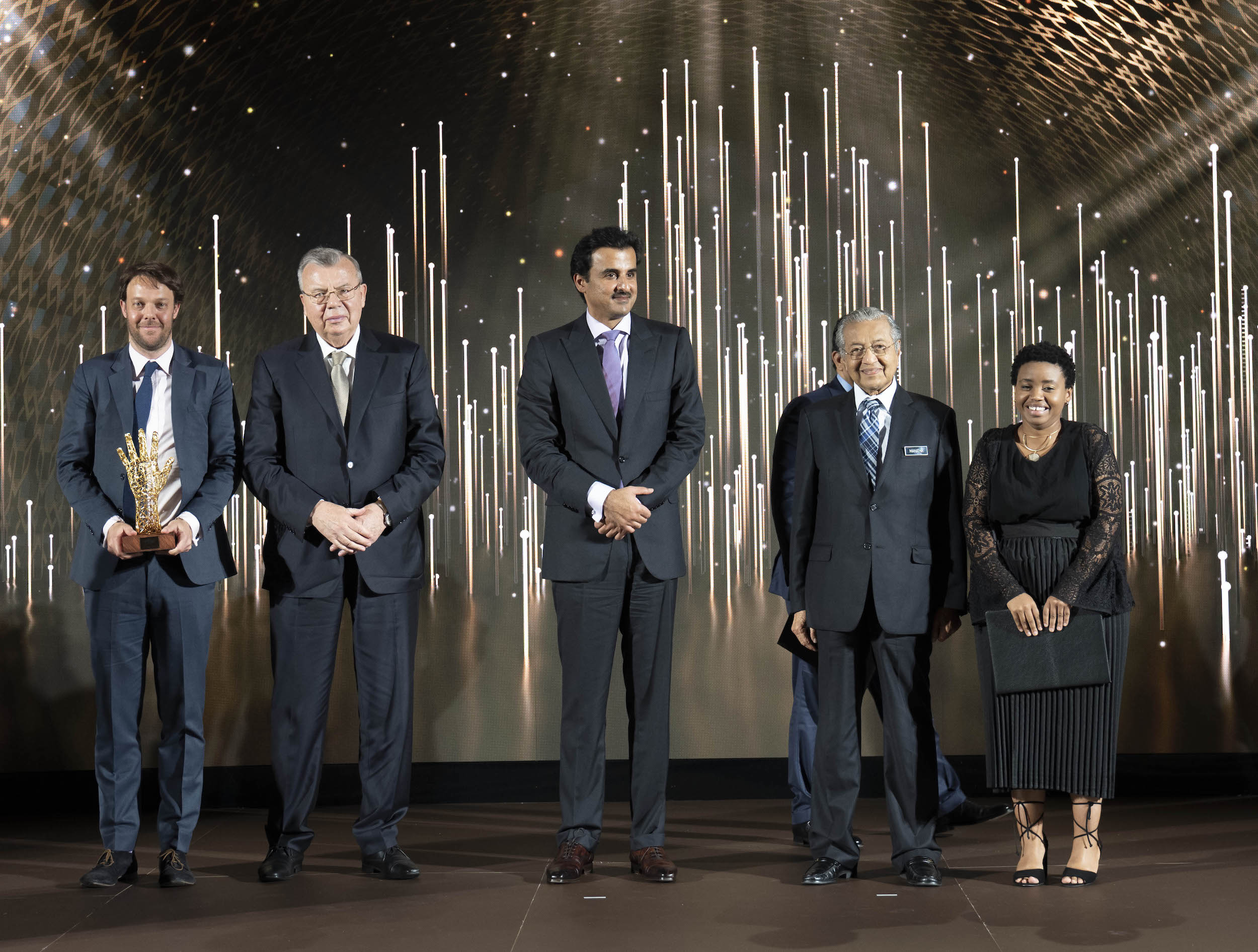 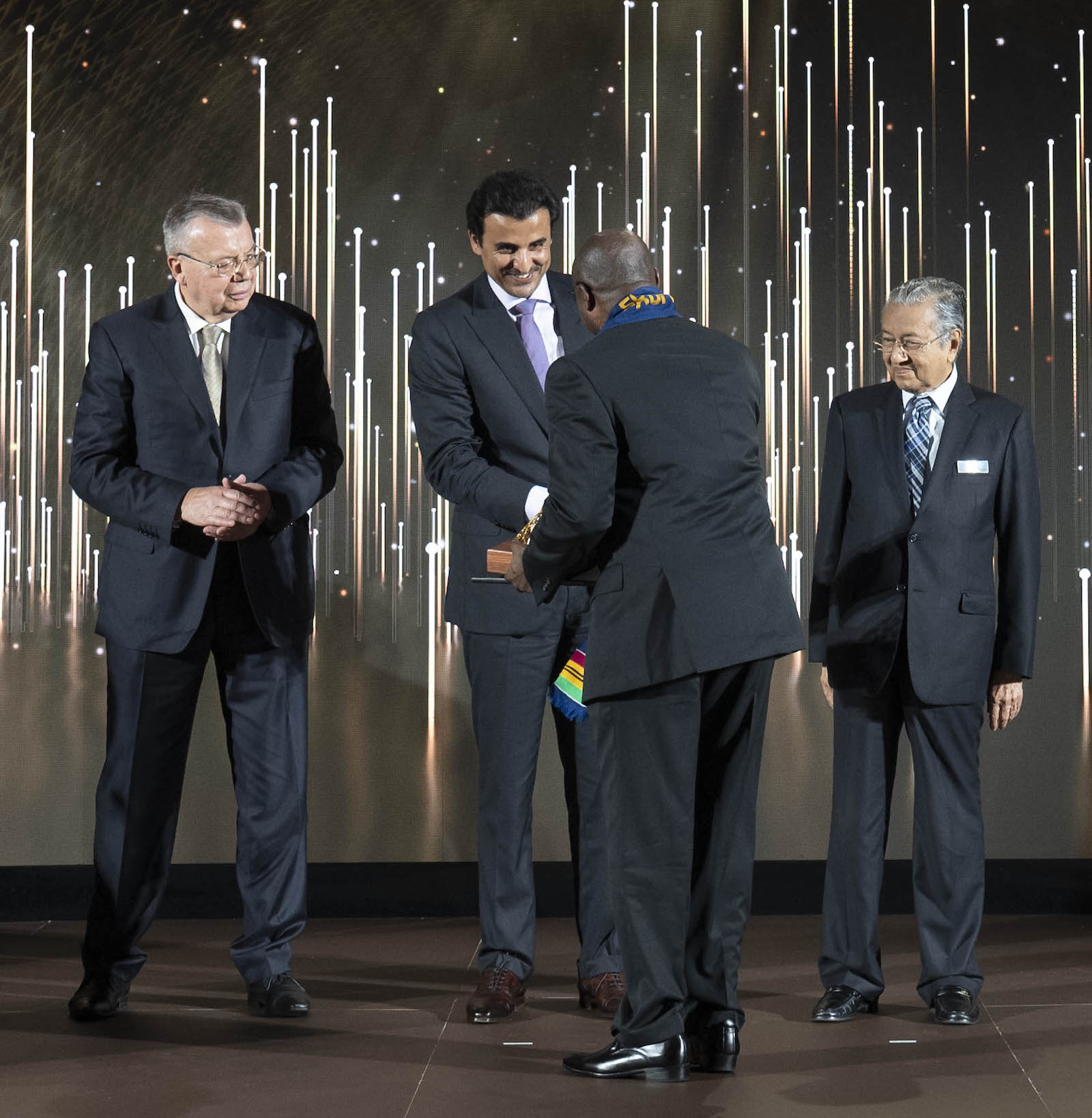 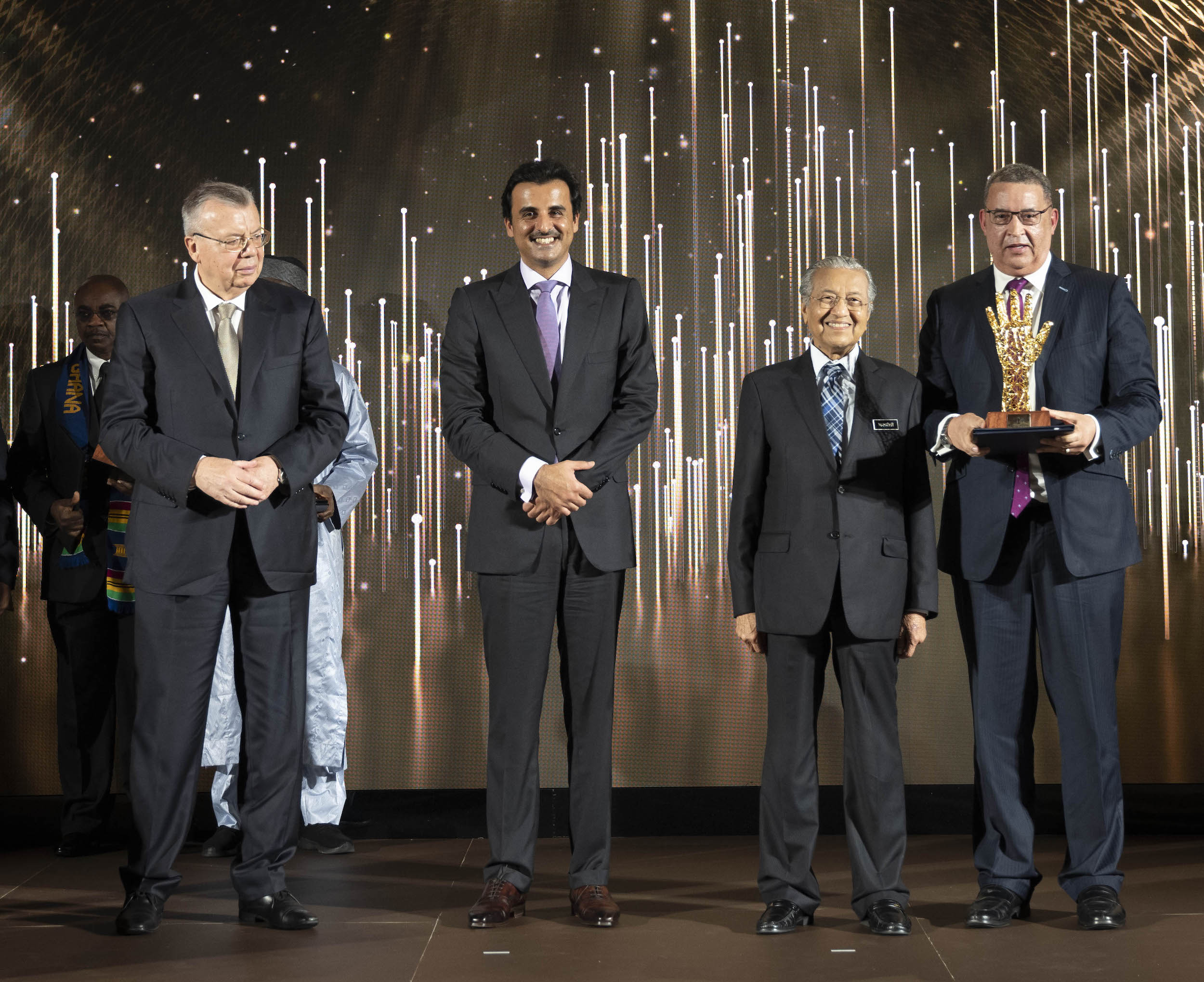 On the occasion, HE prime Minister of Malaysia, Dr. Mahathir Mohamad made a speech in which he congratulated the Government of Qatar on organizing such important event and thanked the UN Office on Drugs and Crime (UNODC) for its support.

"I would also like to take this opportunity to thank the committee of the Sheikh Tamim Bin Hamad Al Thani International Anti-Corruption Excellence Award for choosing Putrajaya, Malaysia as the venue for this year's ceremony. This event being organized in Malaysia is an important recognition from the international community of our efforts in combatting corruption in Malaysia," he said.

He went on saying: "Malaysia and Malaysians made history in its May 9th election when the coalition that ruled since independence was voted out. Without doubt, it was the disgust for corruption that led the majority of Malaysians to stand up and vote out the previous administration".

"It is therefore incumbent upon us to ensure efforts to improve governance and introduce anti-corruption initiatives intended at bringing an end to corrupt practices and abuse of power," he said stressing that the ceremony and the philosophy behind the Anti-corruption Excellent (ACE) Award emphasizes that "we should uphold with high regard values of integrity and good governance in our countries and in our organizations."

"If we want to join the ranks of developed countries, to be the tigers of Asia again, then we need to take corruption seriously. We did not get there by taking shortcuts to success," Malaysia's Premier said.

Concluding his speech, HE Dr. Mahathir Mohamad voiced his government support for the initiative proposed by the International Association of Anti-Corruption Authorities (IAACA) to set up a special fund in support of the many incidences where the champions of anti-corruption had suffered in line of duties, some were injured and others even killed. "For this effort, we pledge support to the amount of RM500, 000 to IAACA champion's fund. We hope this small gesture will start the ball rolling for the foundation to raise more funds, in order to help the family of the fallen heroes."

For his part, HE Qatar's Attorney-General and UN Regional Special Advocate for the Prevention of Corruption stressed that HH The Amir Sheikh Tamim bin Hamad Al Thani has granted this award and hopes to strengthen it on an international level through partnership with the United Nations.

He added that "Through this award, HH The Amir wishes to send a message to those who fight corruption everywhere in the world that there are those who stand with you, see your work, and will take your hand to give you an example to follow. You are those who can save your country from falling into the trap of corruption."

He stressed that the war on corruption can be won only when those fighting it believe that it can be won. "The corrupt cannot fight corruption. Unless you find a leader that believes in the elimination of corruption, you will not win, no matter how hard you fight," he said.

He pointed that the award is being presented in support of the United Nations, explaining the first award was held in Vienna in 2016 in the presence of the former Secretary-General of the United Nations, Mr. Ban Ki-Moon, and the second was held in Geneva at the United Nations Headquarters. He added that this year, this award is being held in Kuala Lumpur, in the presence of Prime Minister Mahathir Mohammed, in recognition for his achievement through a long history of fighting against corruption, which has helped to bring this country to its present position and economic strength.

UN Secretary General's Representative and Executive Director of the UN Office on Drugs and Crime (UNODC) Yury Fedotov thanked the government of Malaysia for hosting the award ceremony .

He said that Fifteen years ago, there was no global instrument to criminalize corruption. Now nearly every country in the world is a party to the UN Convention against Corruption and they cooperate and provide mutual legal assistance to prevent and fight corruption, stressing that the convention"represents the fundamental recognition that corruption is neither an acceptable cost of doing business nor a necessary evil. It is a serious crime, and simply unacceptable".

He pointed that " This year, the Security Council and General Assembly have held high-level debates highlighting the role of corruption in conflict, and the importance of reducing corruption and bribery and returning stolen assets to achieve the Sustainable Development Goals".

He went on saying: "Corruption harms us all. It stifles growth and innovation, and enables many other crimes, from the illicit trafficking of drugs, arms and people to the poaching and pillaging of natural resources and cultural heritage."

Concluding his speech, The UNODC Executive Director commended HH The Amir Sheikh Tamim bin Hamad Al Thani for the International Anti-Corruption Excellence Award to recognize exceptional efforts made by individuals, groups and organizations around the world.