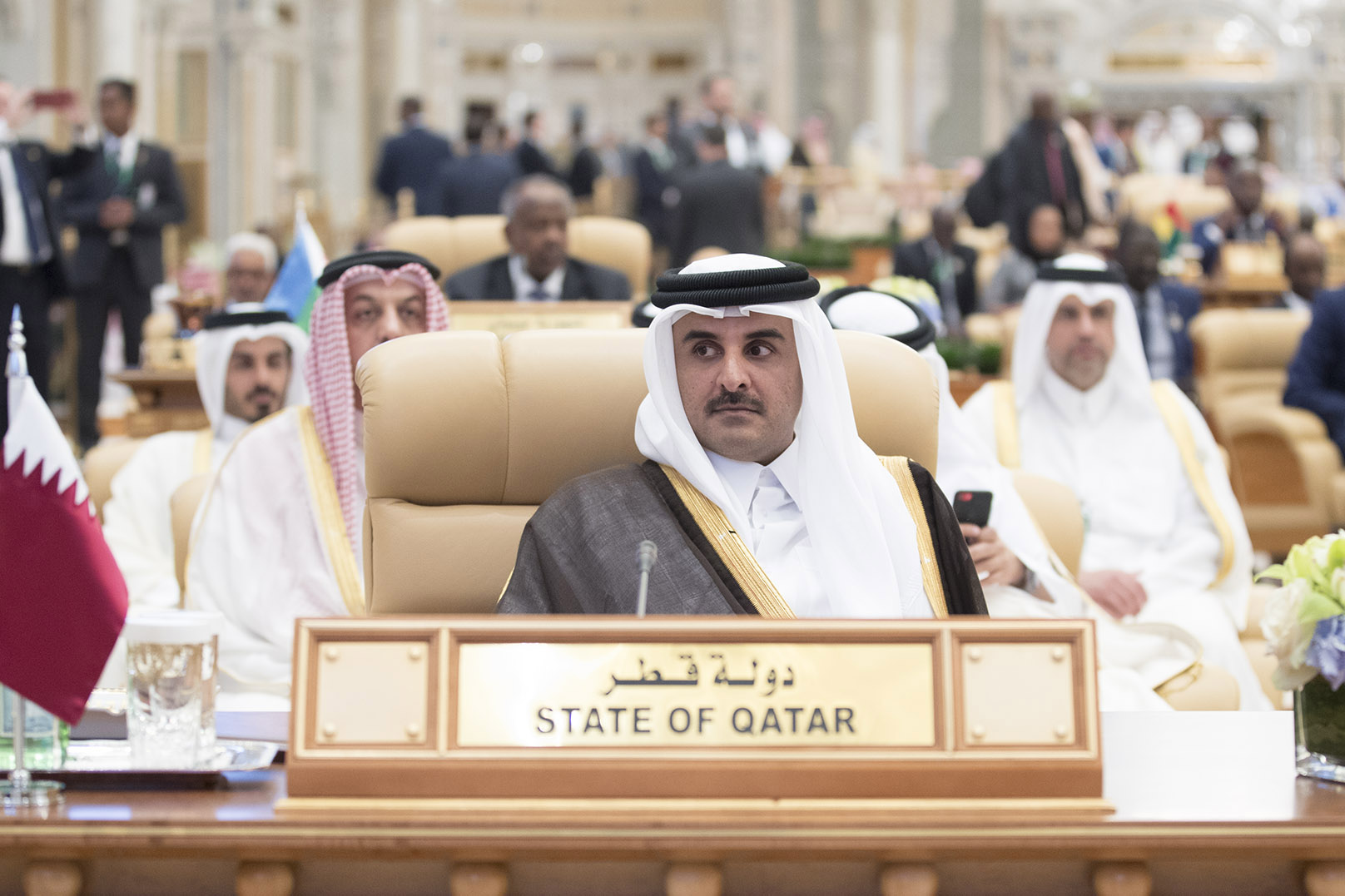 His Highness The Amir Sheikh Tamim bin Hamad Al Thani participated Sunday night along with Their Majesties and Their Highnesses Leaders and Heads of Delegations of GCC, Arab, and Islamic countries in the Arab-Islamic-American Summit.

The summit was chaired by the Custodian of the Two Holy Mosques, King Salman bin Abdulaziz Al Saud of the Kingdom of Saudi Arabia, in the presence of the President of the United States, Donald Trump. It took place at the International King Abdulaziz Conference Center in Riyadh under the theme "Together We Prevail".

The summit was attended by Their Excellencies members of the official delegation accompanying HH The Amir.

The summit was also attended by Their Royal Highnesses Princes and Their Excellencies Heads of accompanying official delegations.