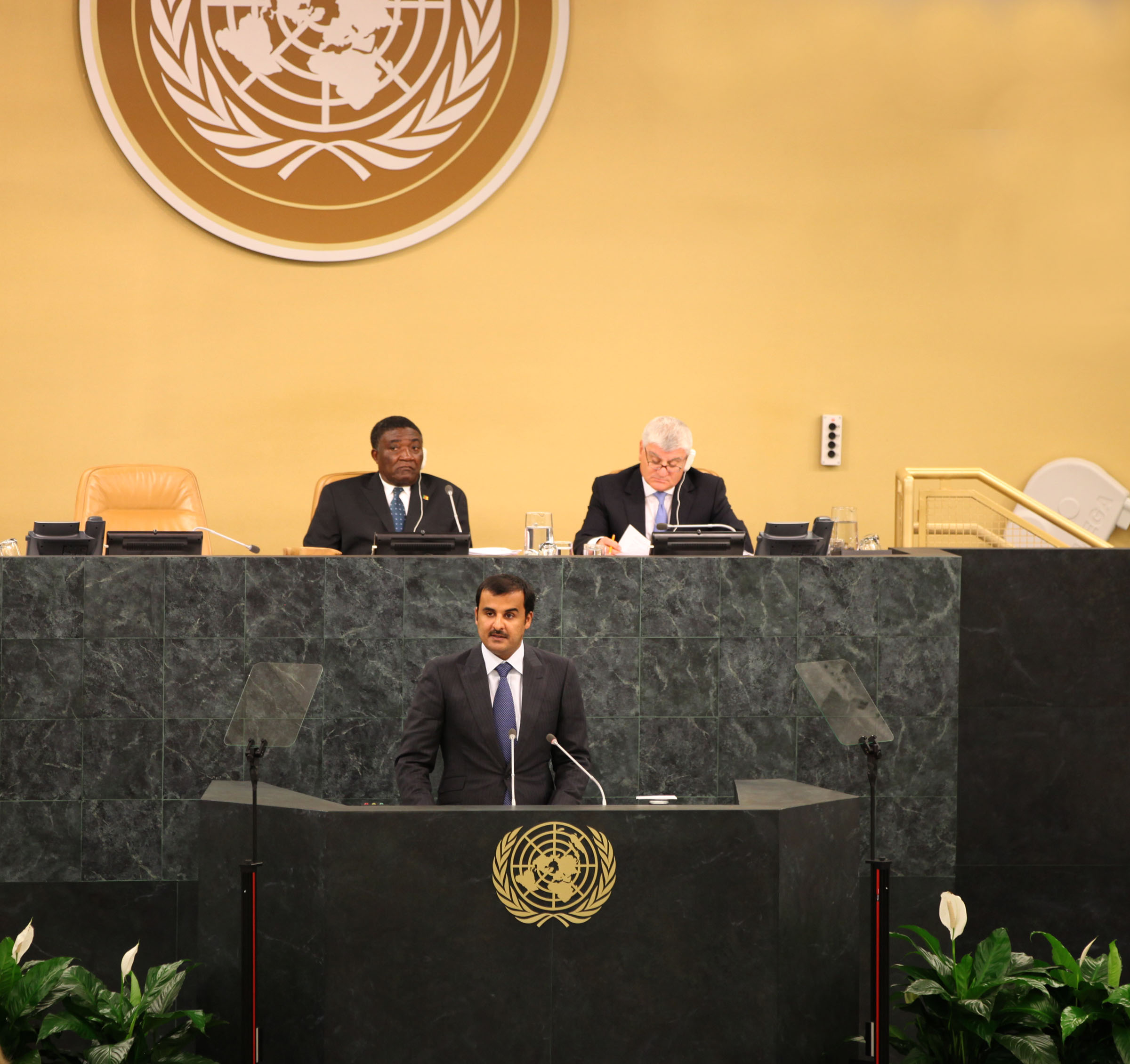 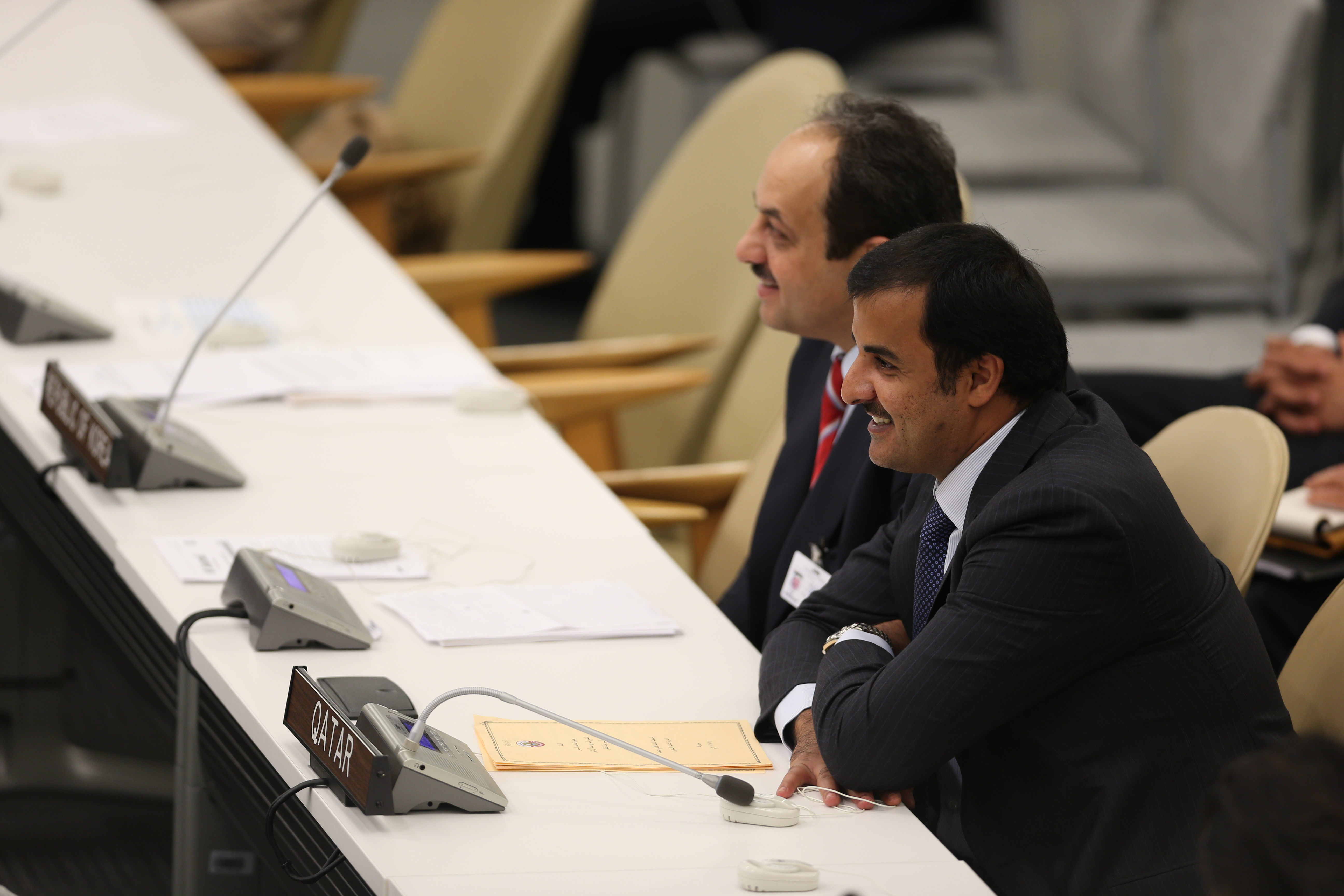 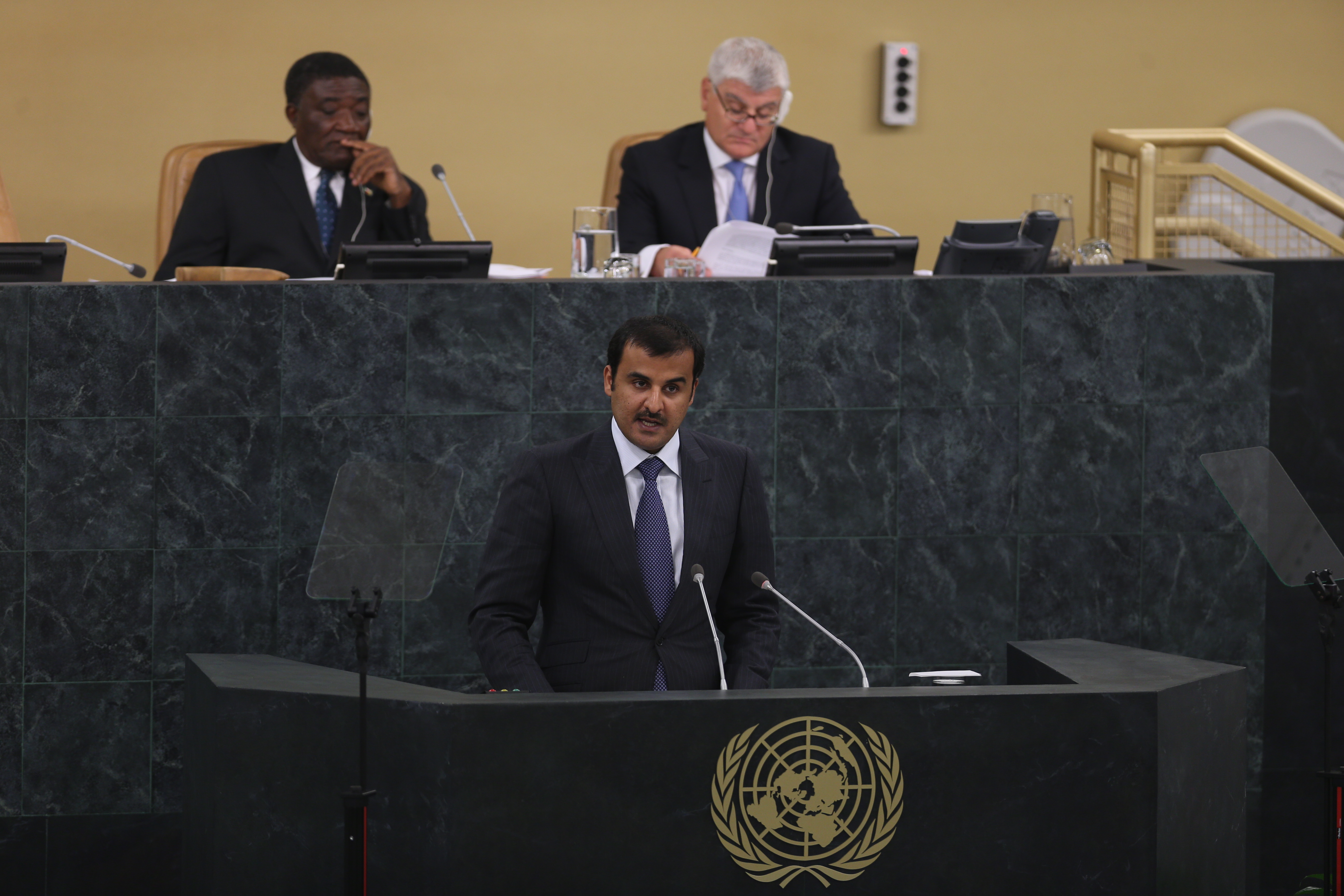 His Highness The Amir Sheikh Tamim Bin Hamad Al Thani participated on Tuesday in the opening of the 68th UN General Assembly Session.

Addressing the General Assembly, HH The Amir noted that the State of Qatar has always opted to become an active and effective party taking a constructive role at the international level through its balanced economic and political relations at the bilateral and multilateral levels.

"We will continue fostering this approach so that the State of Qatar could keep its responsibilities and commitments at the national, regional and international levels,’’ HH said.
The State of Qatar aims to be a hub for dialogue and discussion among different parties to conflicts and not to be a party in these conflicts, HH added. " We aim also to open windows for cultural and information dialogue between peoples" HH emphasized in the speech.

Meanwhile, HH noted that stalemate remains a characteristic of the Arab-Israeli conflict, which comes at the forefront of the issues threatening international peace and security. This is a result of the continued Israeli occupation and the injustice inflicted upon the Palestinian people as well as the failure in reaching a just and lasting peace according to the resolutions of the international legality, HH The Amir pointed out.

Continued Israeli occupation of Palestinian and Arab territories with its resulting practices, changing their demographic conditions particularly by extending the scope of settlement activity, Judaizing the city of Jerusalem, the unjust embargo of Gaza strip in addition to the intensification of settlement in the occupied Syrian Golan Heights and changing its status quo, cannot be accepted as normal.

Speaking on Syria, HH The Amir highlighted the "horrible massacres" and "policies of scorched land" by the Syrian regime against its people, which have crossed "all the red lines set by ethics and mandated by law, particularly after the regime's use of chemical weapons against the Syrian people."

"It is unfortunate that the perpetrators of these brutal crimes and massacres, which have shocked every human conscience, are enjoying impunity from deterrence or accountability. This questions the credibility of the human rights and international legality mechanisms of the international community," HH The Amir told the U.N. General Assembly.