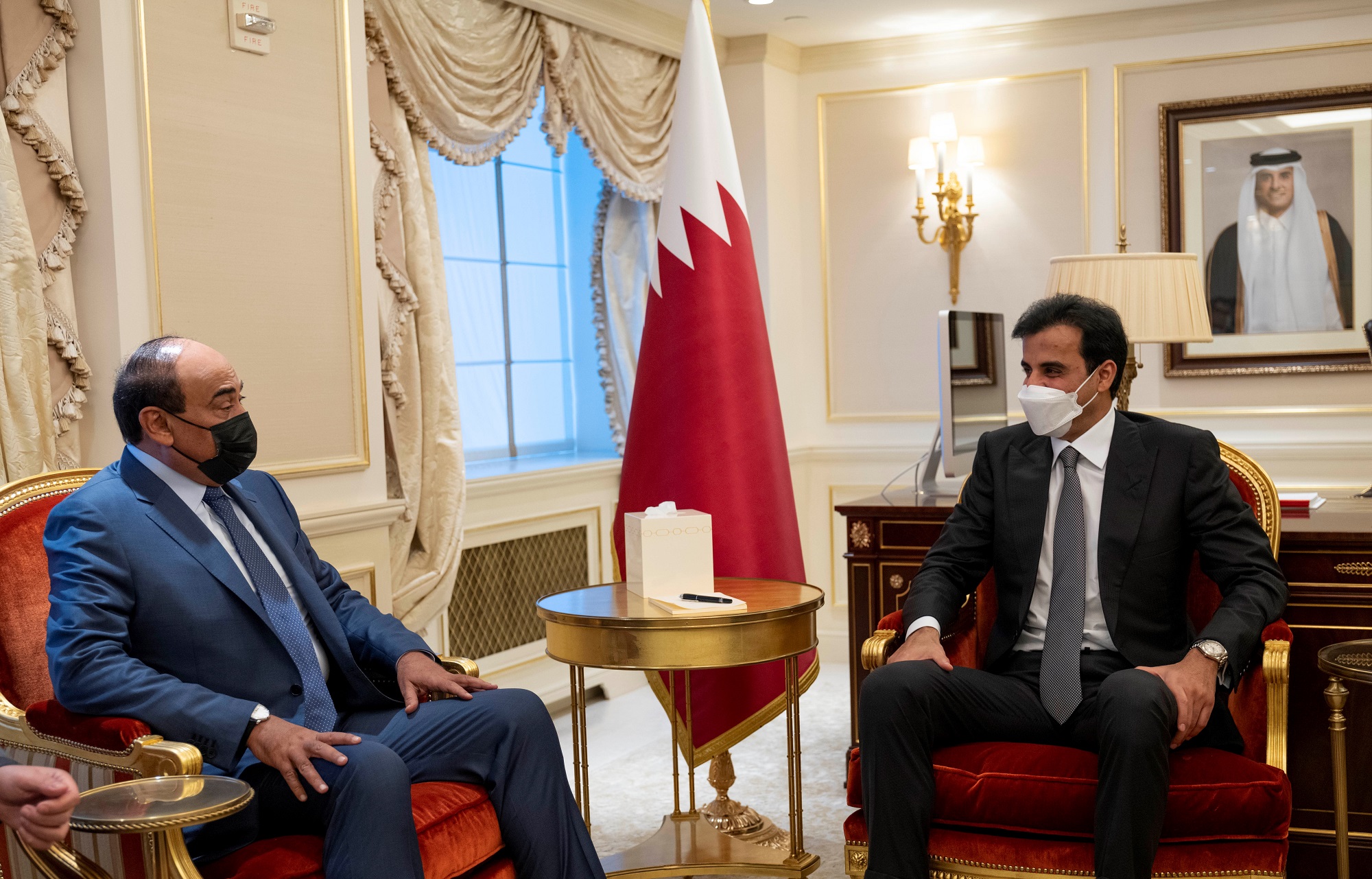 His Highness The Amir Sheikh Tamim bin Hamad Al Thani received this evening the representative of HH the Amir of the sisterly State of Kuwait Sheikh Nawaf Al-Ahmad Al-Jaber Al-Sabah, Kuwaiti Prime Minister Sheikh Sabah Khalid Al Hamad Al Sabah and his accompanying delegation at the Headquarters of the Permanent Mission of the State of Qatar to the United Nations, on the sidelines of the seventy-sixth session of the United Nations General Assembly in New York.

For his part, HH The Amir entrusted HH Sheikh Sabah Khalid Al Hamad Al Sabah with his greetings and wishes of best of health to his brother the Amir of Kuwait and the Crown Prince and further development and progress to the brotherly Kuwaiti people.

The meeting was attended by a number of Their Excellences members of the official delegation accompanying HH The Amir.