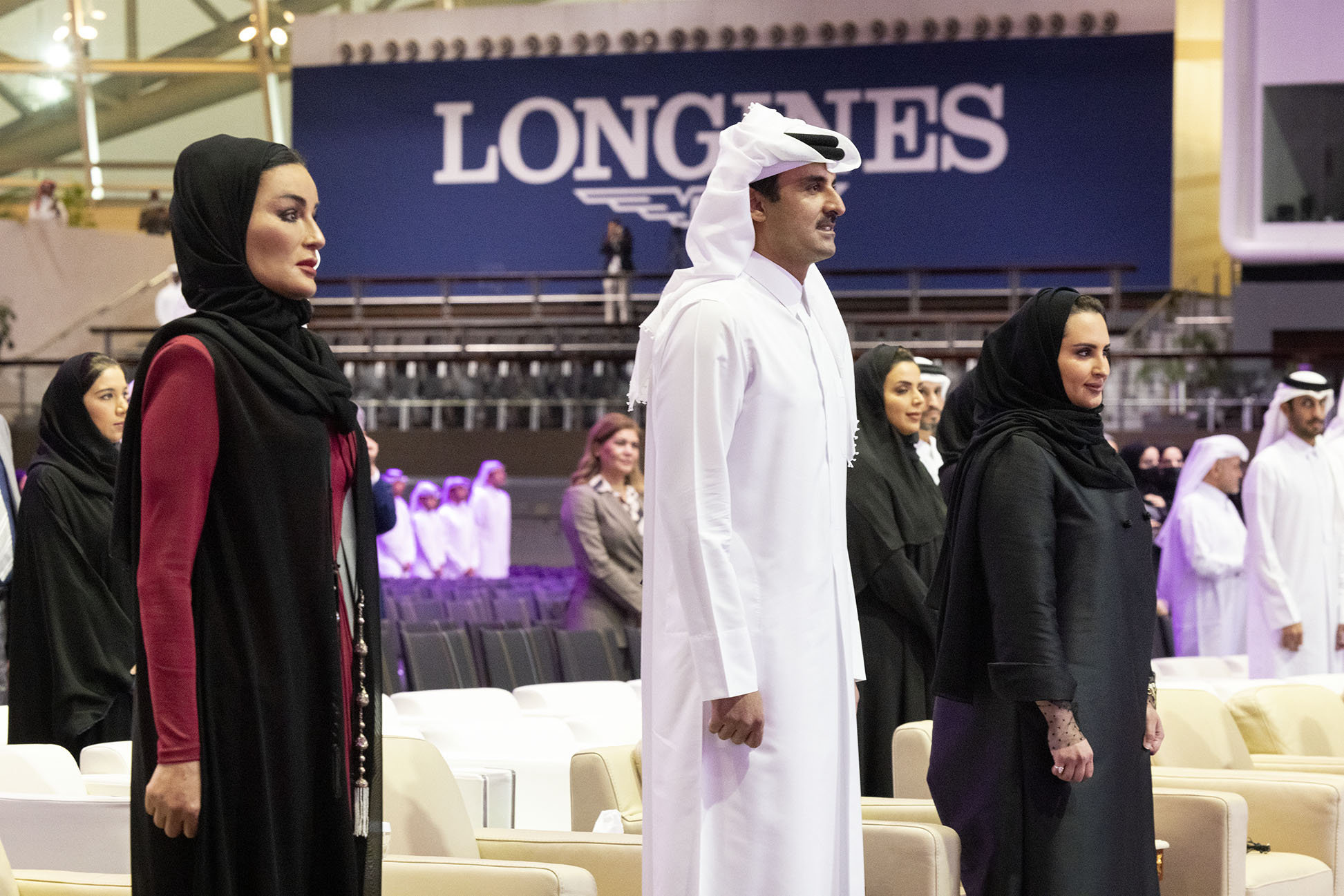 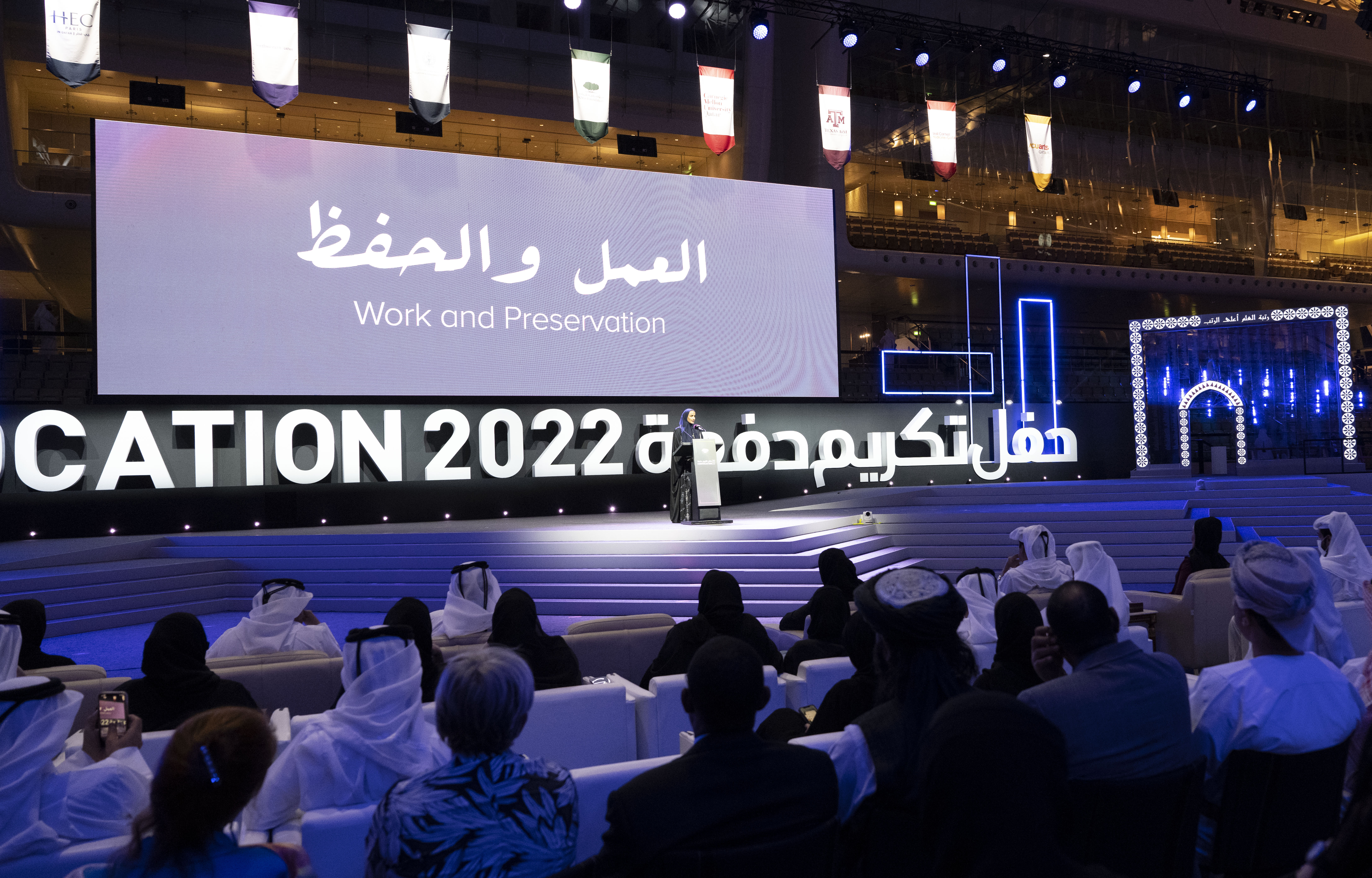 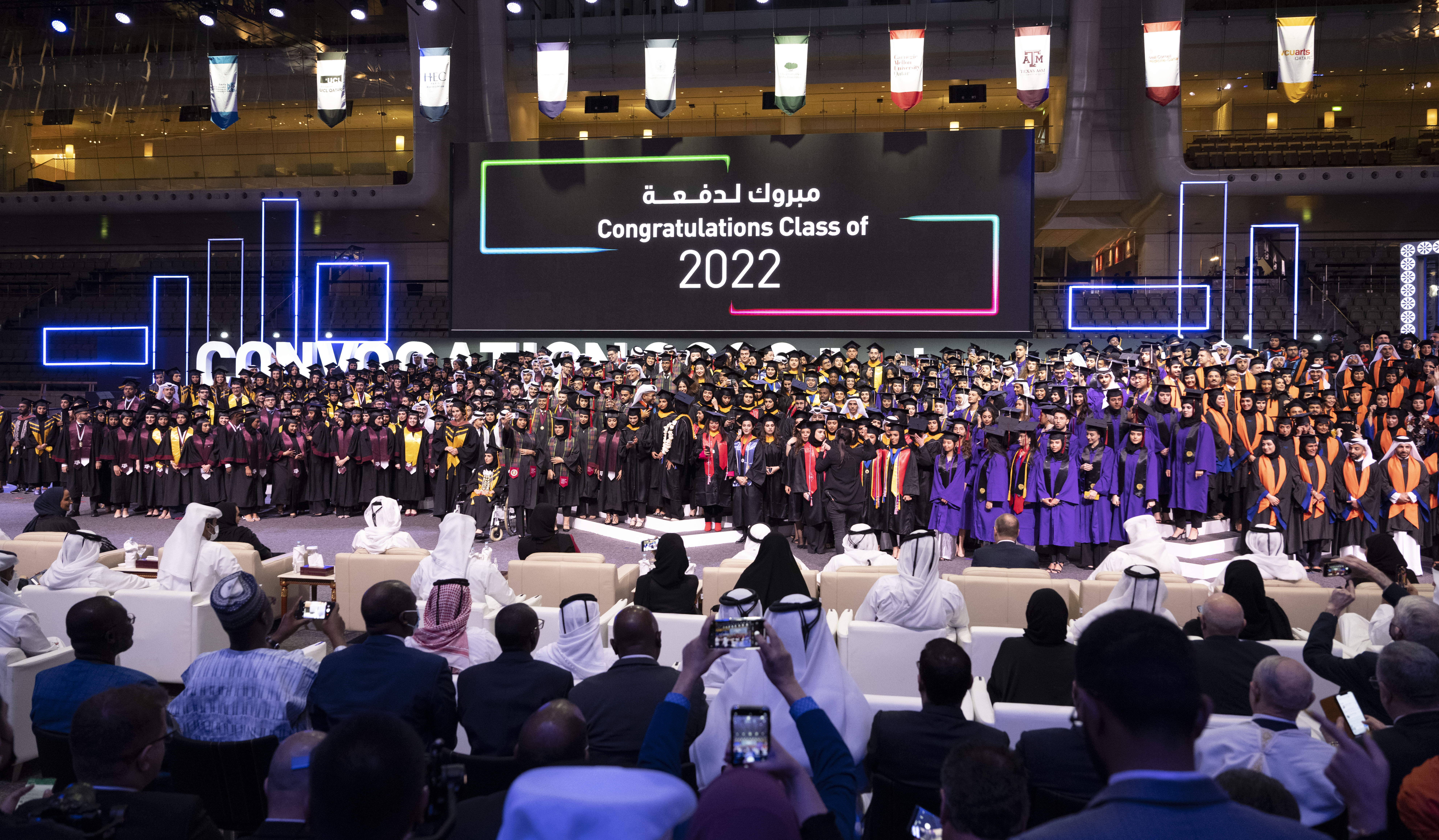 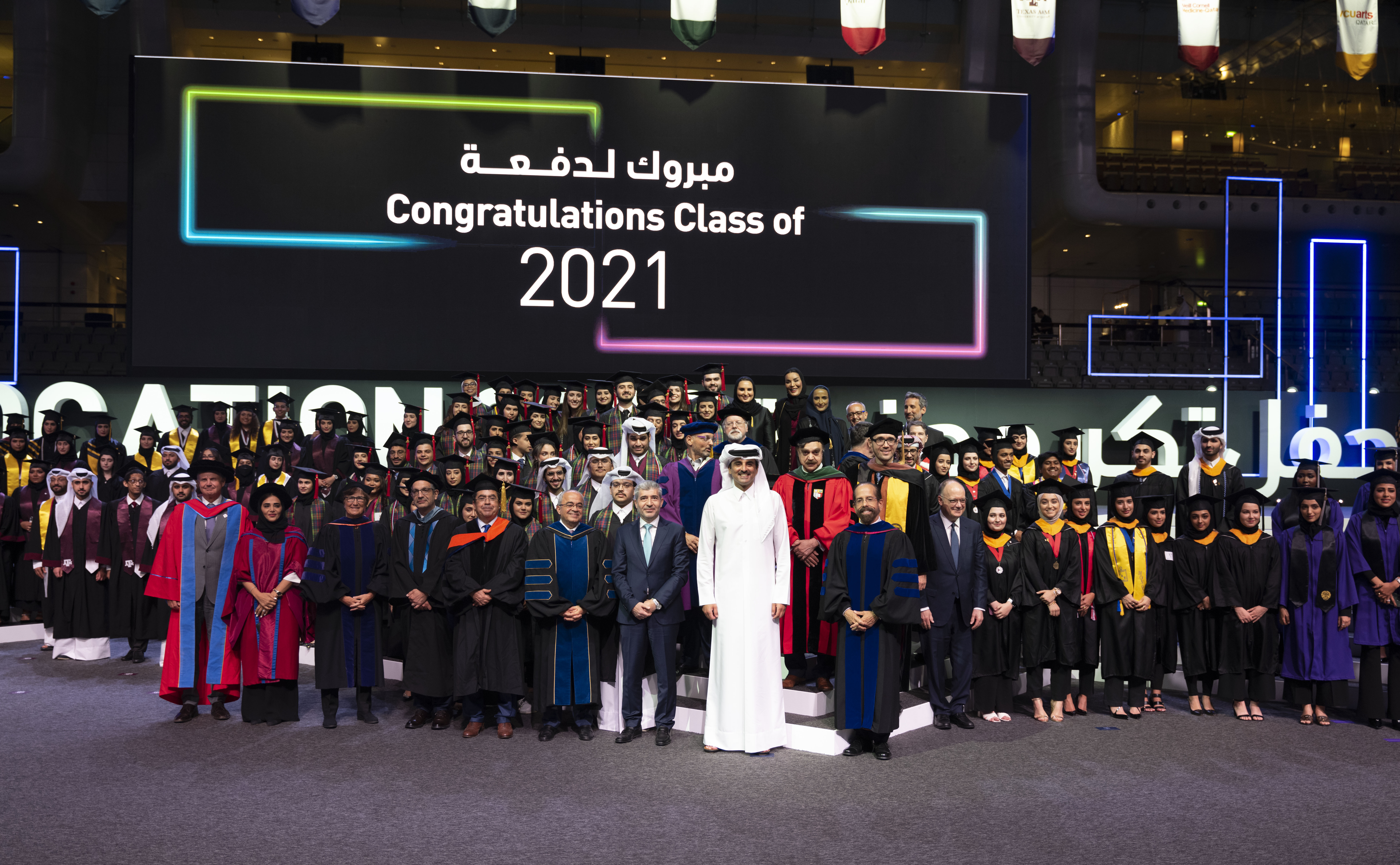 His Highness The Amir Sheikh Tamim bin Hamad Al Thani attended the convocation ceremony of graduates of Qatar Foundation for Education, Science and Community Development, which was organized by Qatar Foundation at Al Shaqab in the Education City on Tuesday evening.

The ceremony was also attended by HE Speaker of the Shura Council Hassan bin Abdullah Al Ghanim, a number of Their Excellencies Sheikhs, Ministers and heads of the diplomatic missions accredited to the State and high-ranking officials, presidents and deans of colleges and members of the administrative and teaching staff, and parents of the graduates.

The ceremony celebrated the graduation of more than 800 male and female students from the class of 2022 from Hamad Bin Khalifa University and the partner universities of Qatar Foundation, joined by the Foundation's graduates from the classes of 2020 and 2021.

The ceremony honored the late Dr. Fathy Saoud, the former CEO of Qatar Foundation for Education, Science and Community Development, for his role and contributions to the Foundation and its development. A position was announced to be established in the name of the late as a "Chair Professor" in biological sciences at the College of Health and Life Sciences at Hamad Bin Khalifa University.