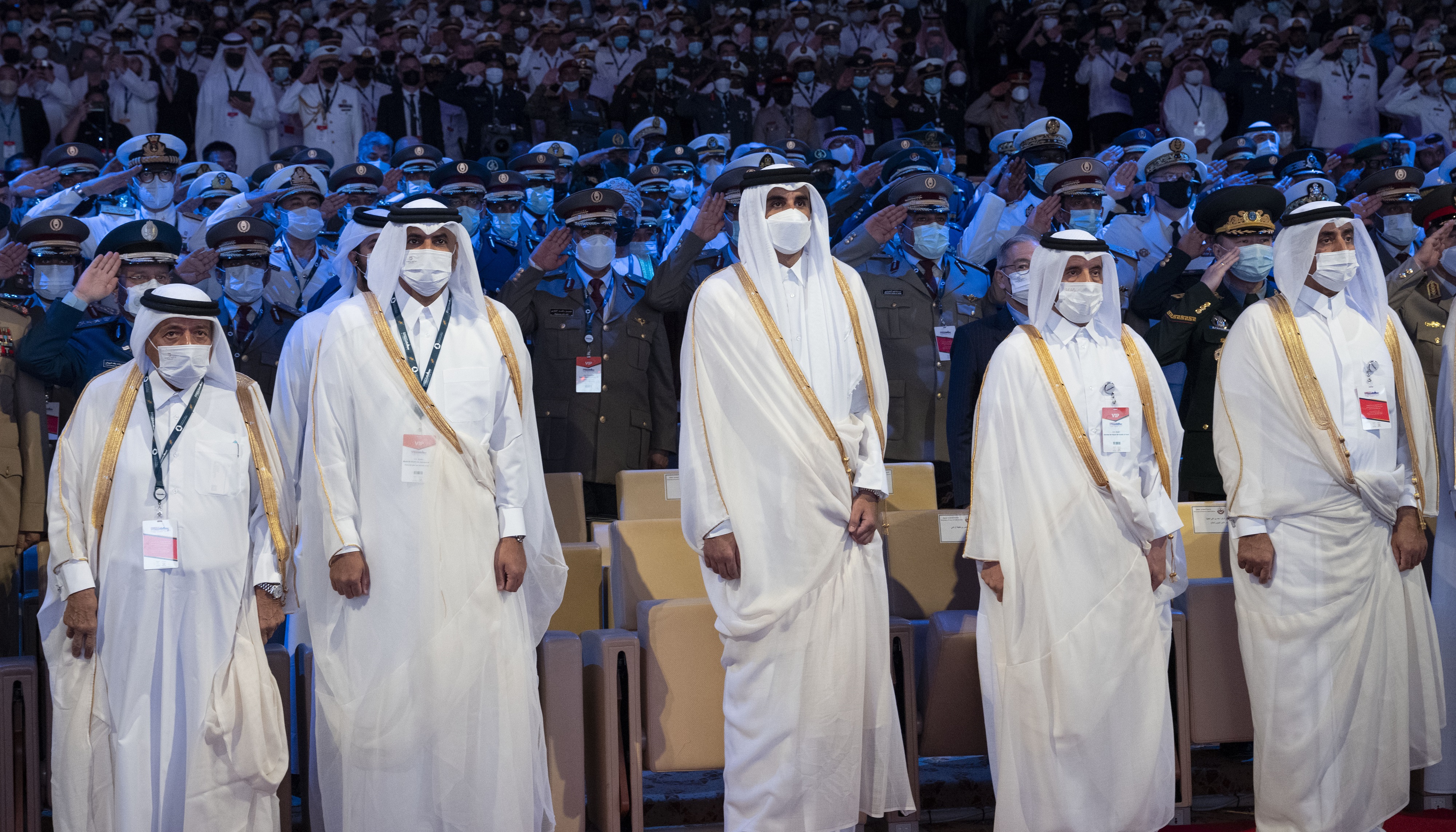 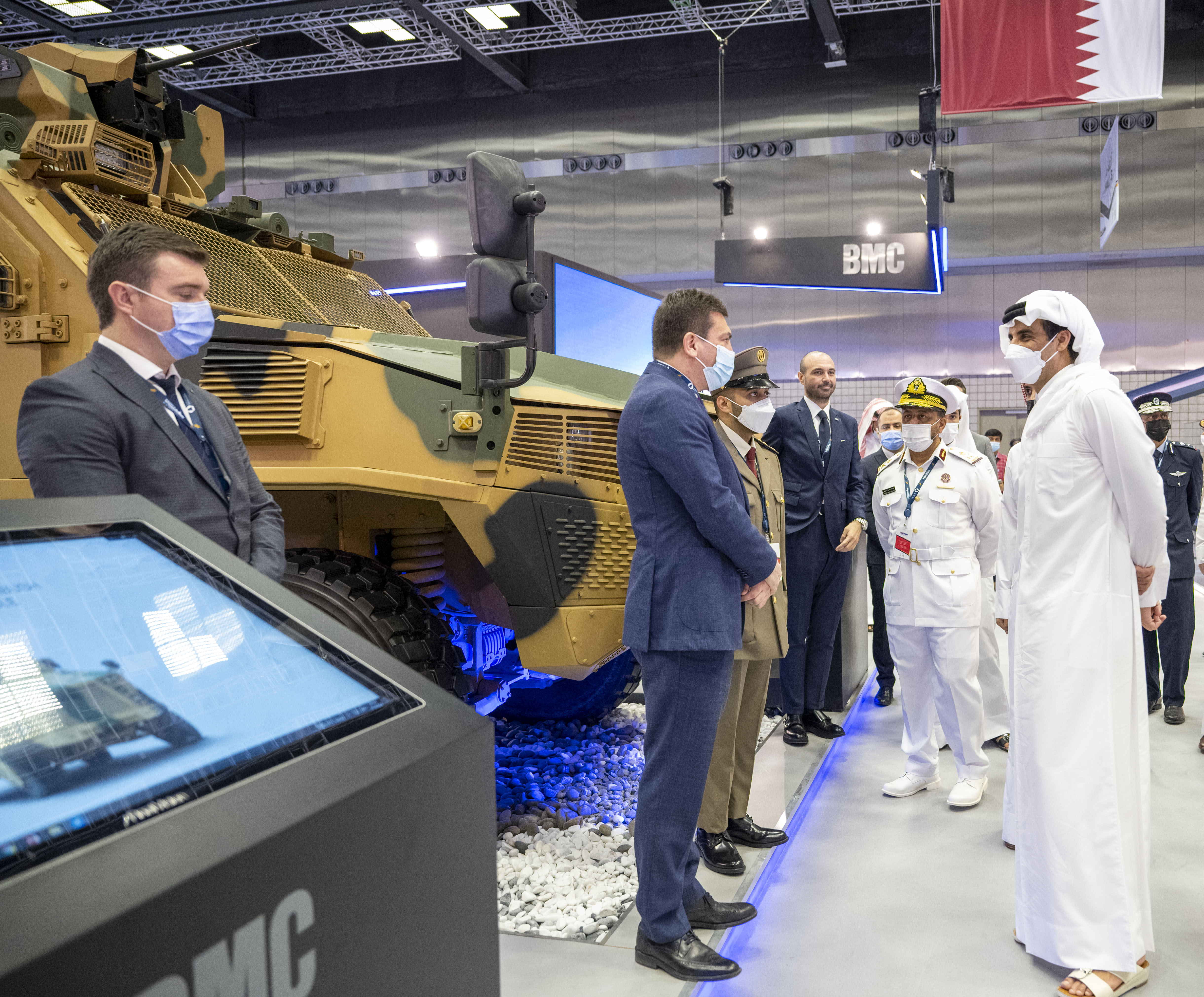 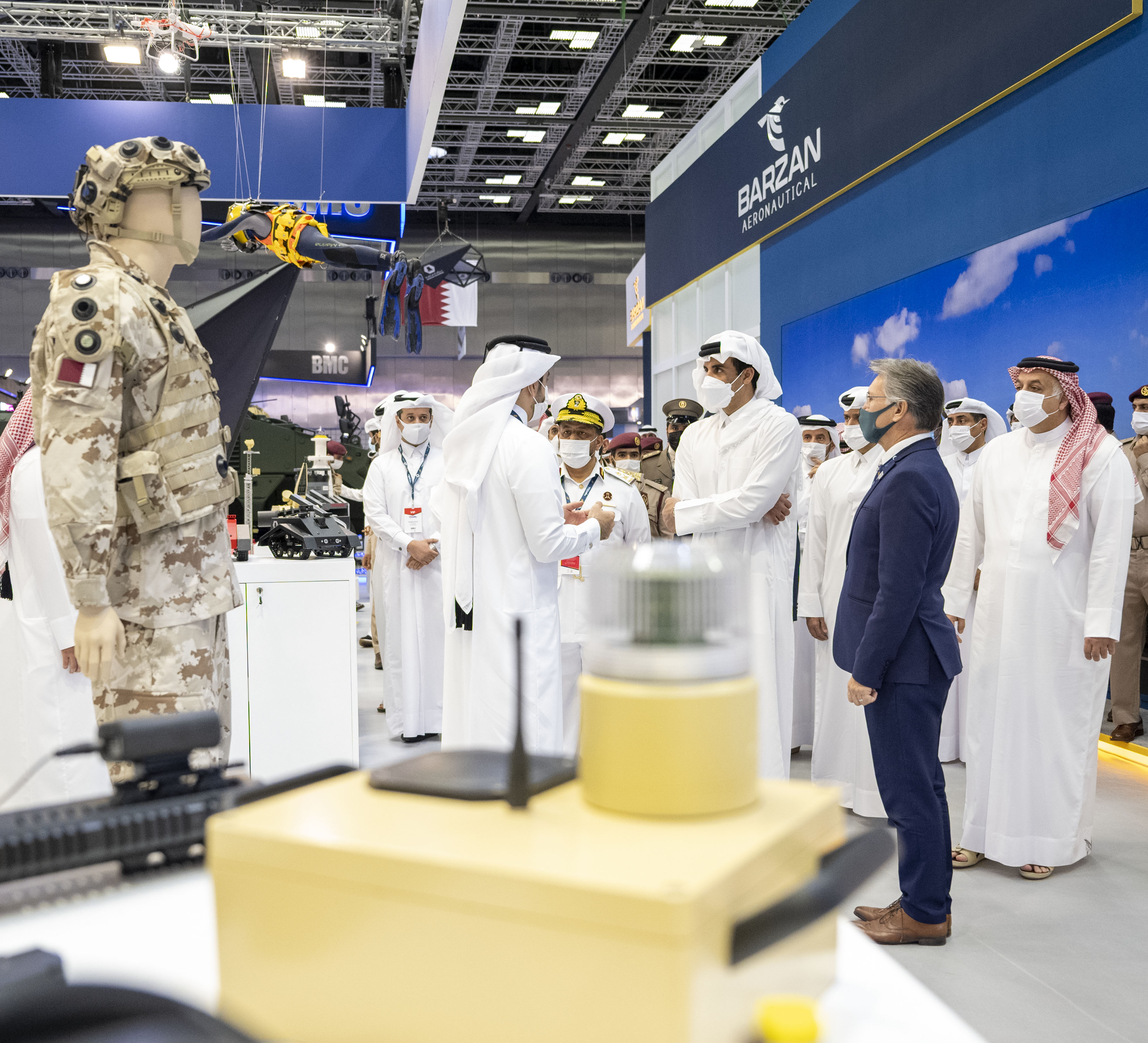 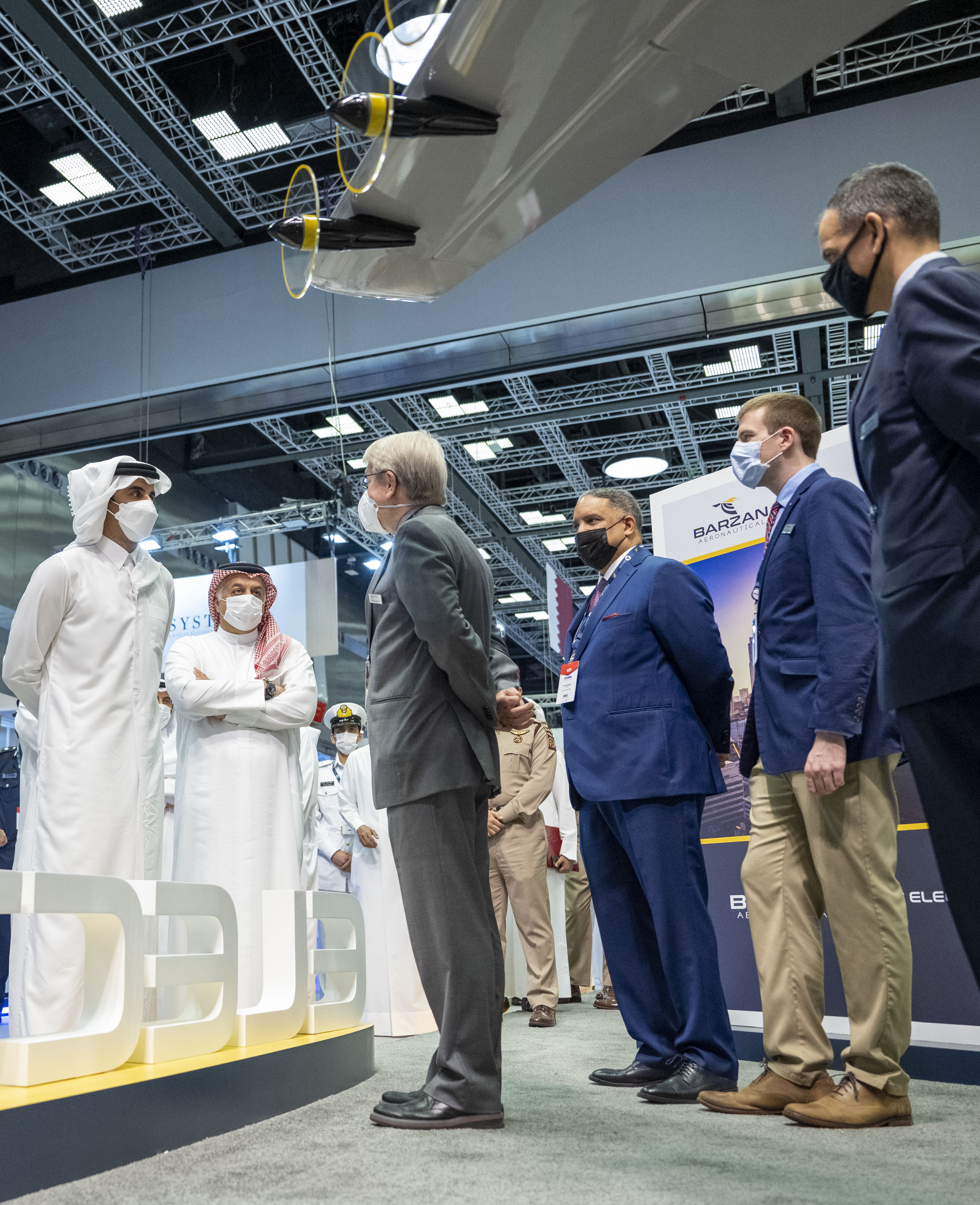 His Highness The Amir Sheikh Tamim bin Hamad Al Thani patronized the opening ceremony of the Seventh edition of Doha International Maritime Defence Exhibition and Conference (DIMDEX 2022), held under the theme "The most prominent international event for the communication of security and defense professionals", at Qatar National Convention Centre on Monday morning.

The opening ceremony was attended by HE Prime Minister and Minister of Interior Sheikh Khalid bin Khalifa bin Abdulaziz Al Thani, a number of Their Excellencies Sheikhs, Ministers, and Ministers of Defense and Chiefs of Staff of brotherly and friendly countries

The event was also attended by a number of Their Excellencies Ambassadors accredited to the State and senior officers of the Qatari Armed Forces, as well as academics and experts in the security and maritime defense sector.

The ceremony began with verses from the Holy Quran, and then the national anthem was played.

The ceremony included a documentary film about the Qatari Armed Forces, followed by a speech by HE Commander of the Amiri Naval Forces Staff Maj. Gen. (Navy) Abdullah Hassan Al Sulaiti.

After that, HH The Amir toured the exhibition where he was briefed on the latest technologies, innovations and systems related to maritime defense.

His Highness was also briefed on the various modern equipment and vessels equipped with defense and communication systems and radars and other marine industries and services displayed by more than 200 local, regional and international companies.