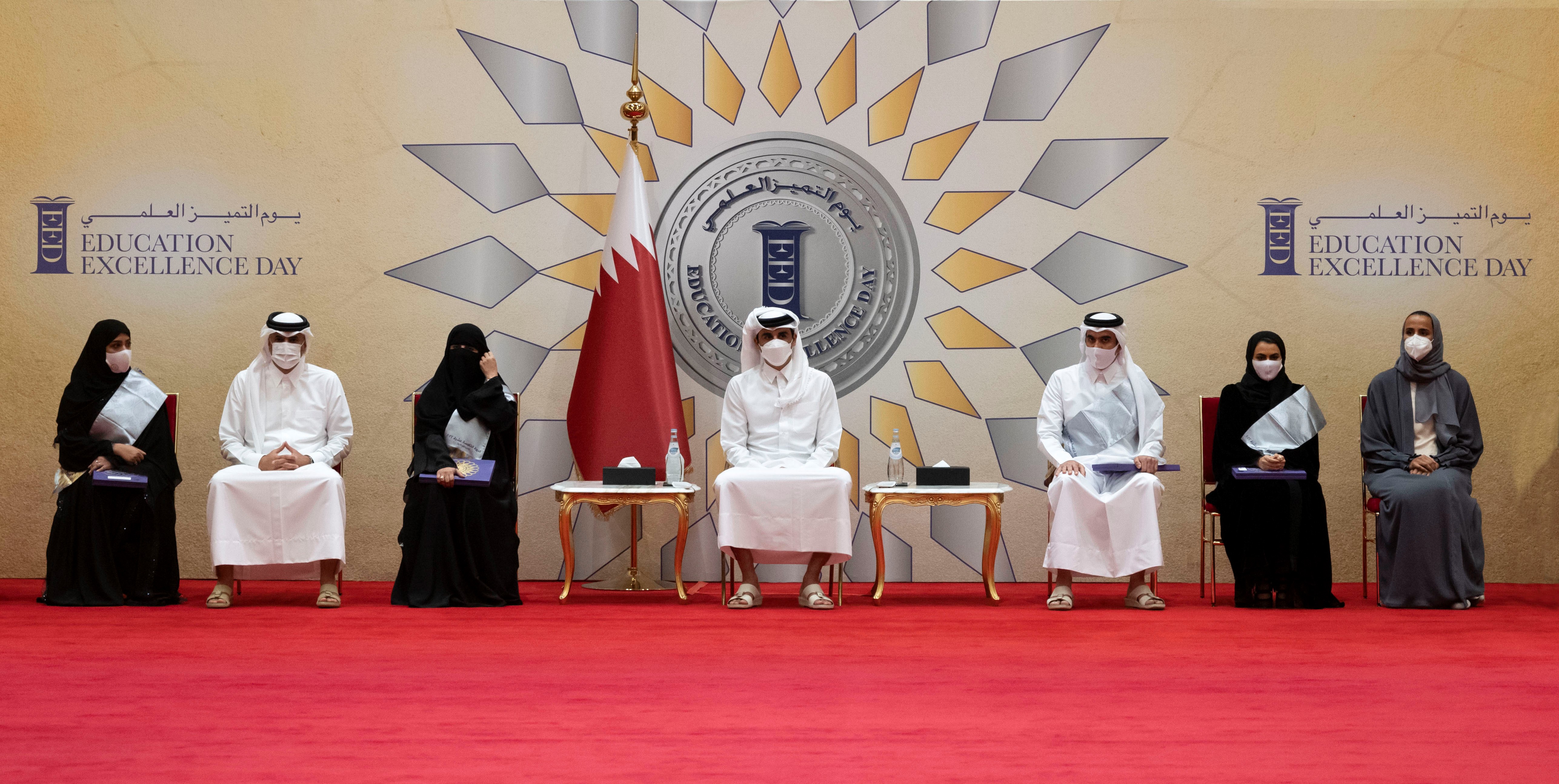 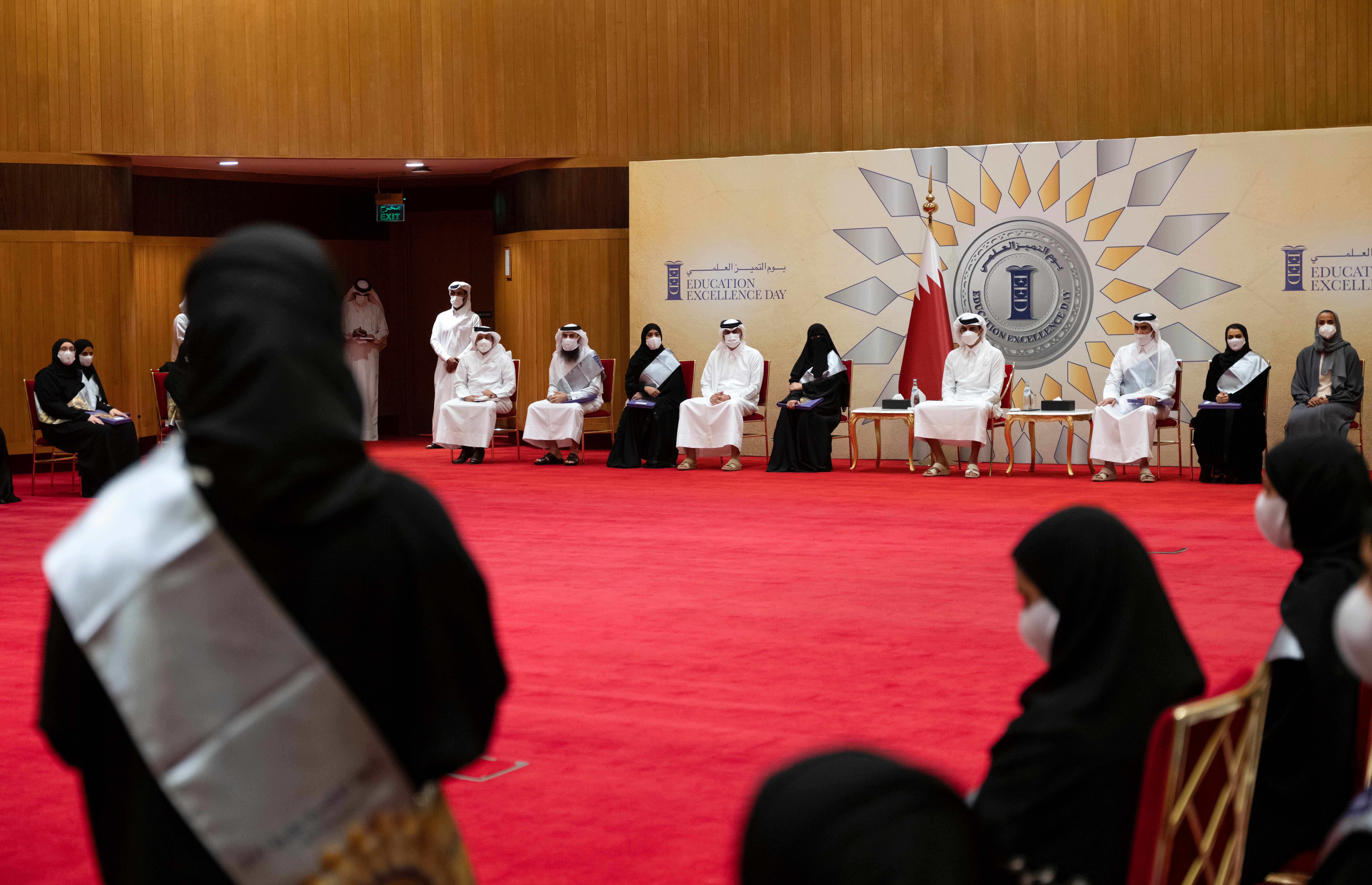 HH The Amir Sheikh Tamim bin Hamad Al Thani met with the winners of 15th Education Excellence Day Award, on the sidelines of the ceremony which was held Wednesday morning on this occasion at Sheraton Doha Hotel.

HH The Amir expressed his delight in meeting the winners and his appreciation of their excellence, especially the students who have won more than once. His Highness also urged the winners to pursue excellence to achieve scientific achievements and academic distinction, and to continue on the course of creativity and scientific research in all fields.

For their part, the winners extended their thanks and gratitude to HH The Amir for honoring and taking interest in those who are distinguished, his constant support for education, and His Highness' admiration of the initiatives and proposals that were suggested during the meeting, which motivates them to accomplish more achievements that will contribute to the renaissance of the country, stressing their quest towards providing the best for the homeland.

The meeting was attended by HE Prime Minister and Minister of Interior Sheikh Khalid bin Khalifa bin Abdulaziz Al Thani, and a number of Their Excellencies Sheikhs and Ministers, in addition to ranking officials in the education sector.