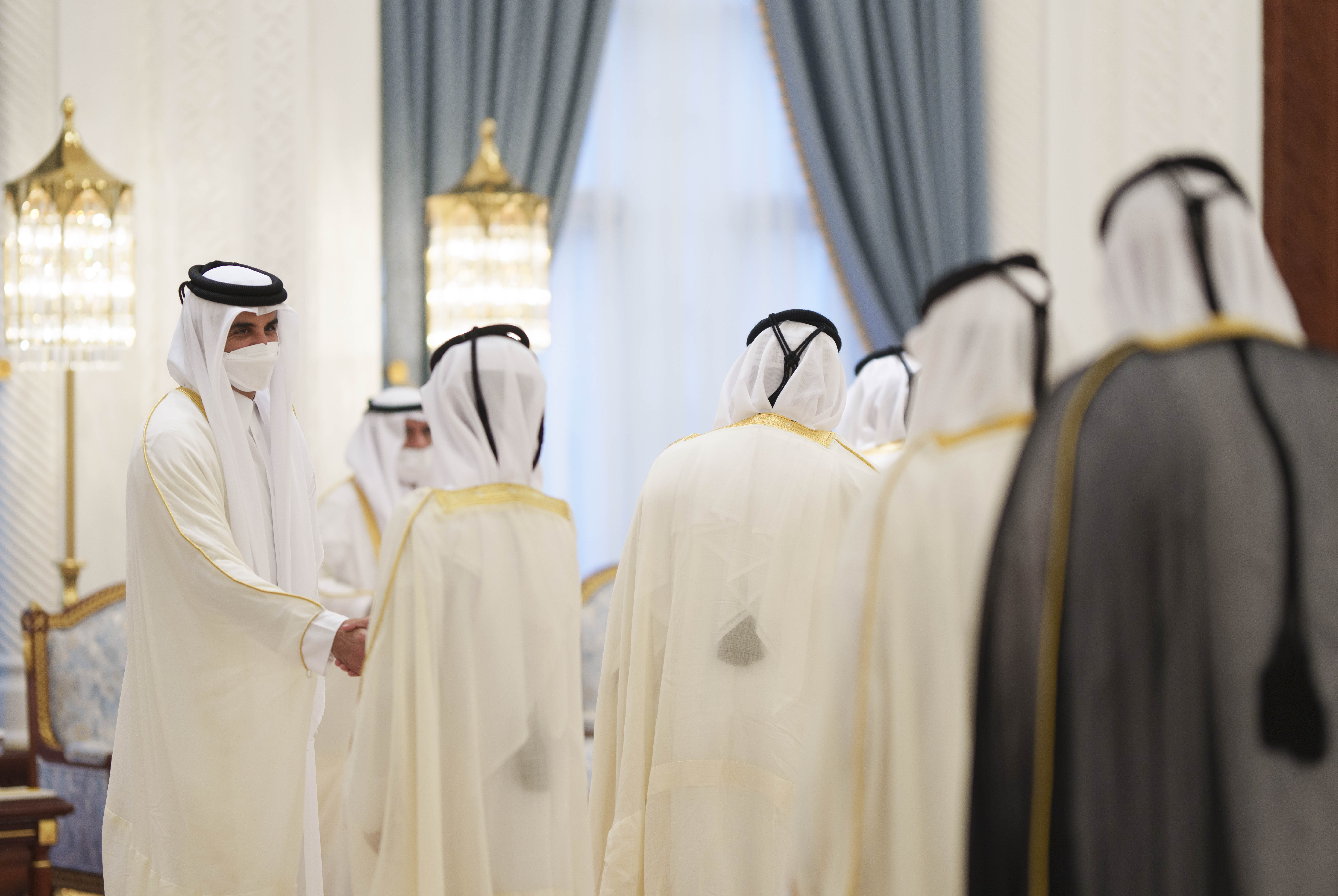 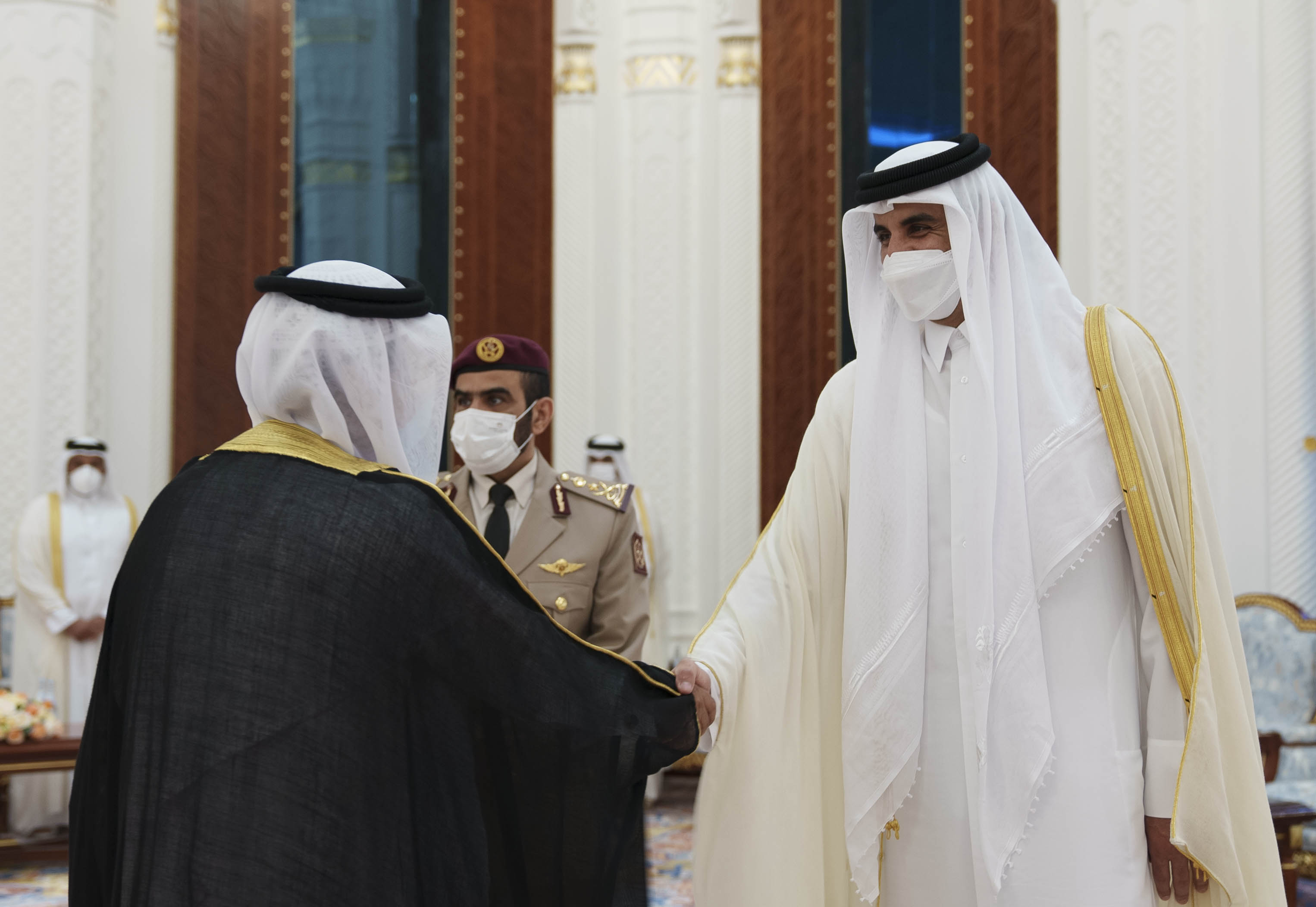 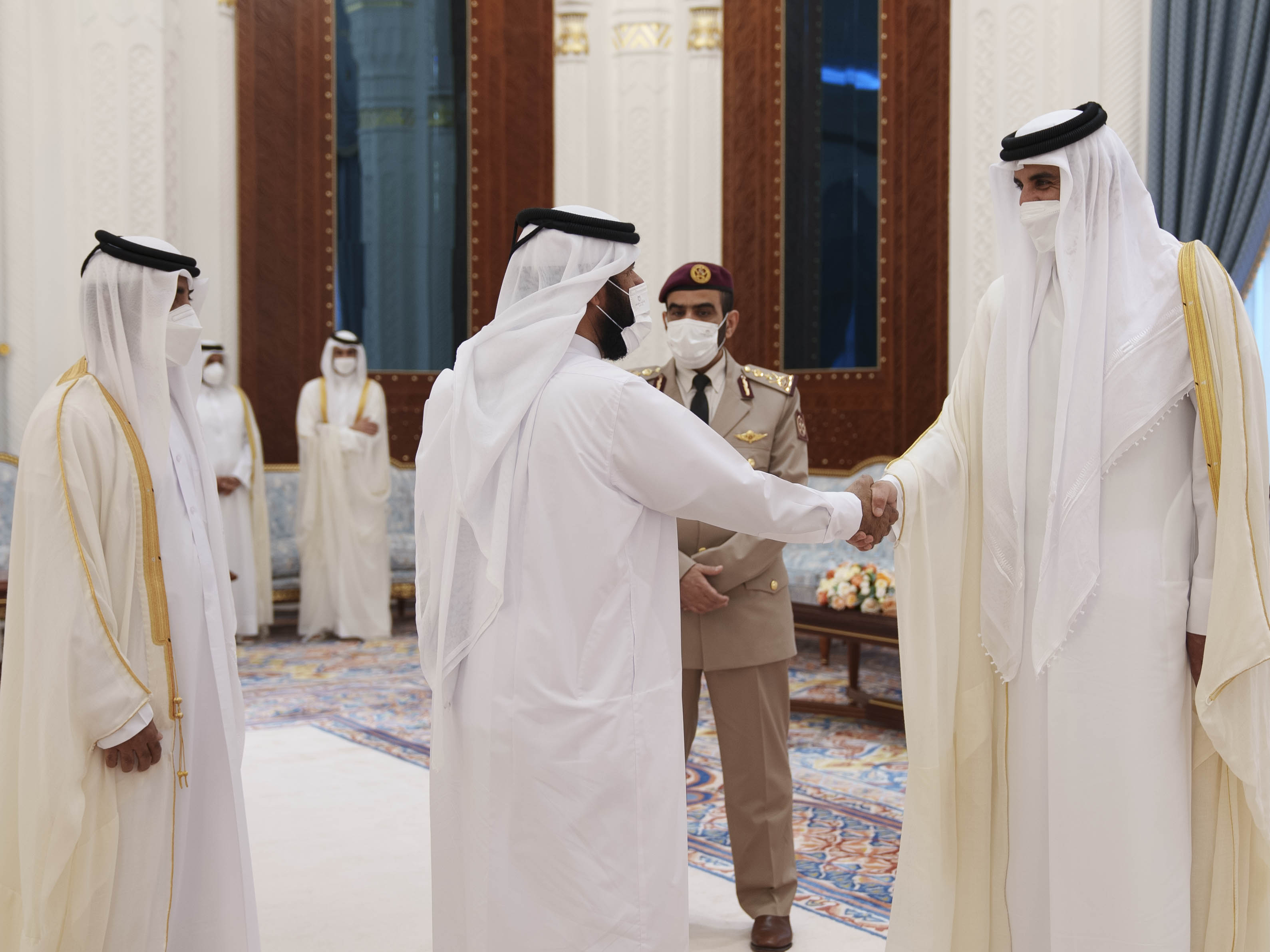 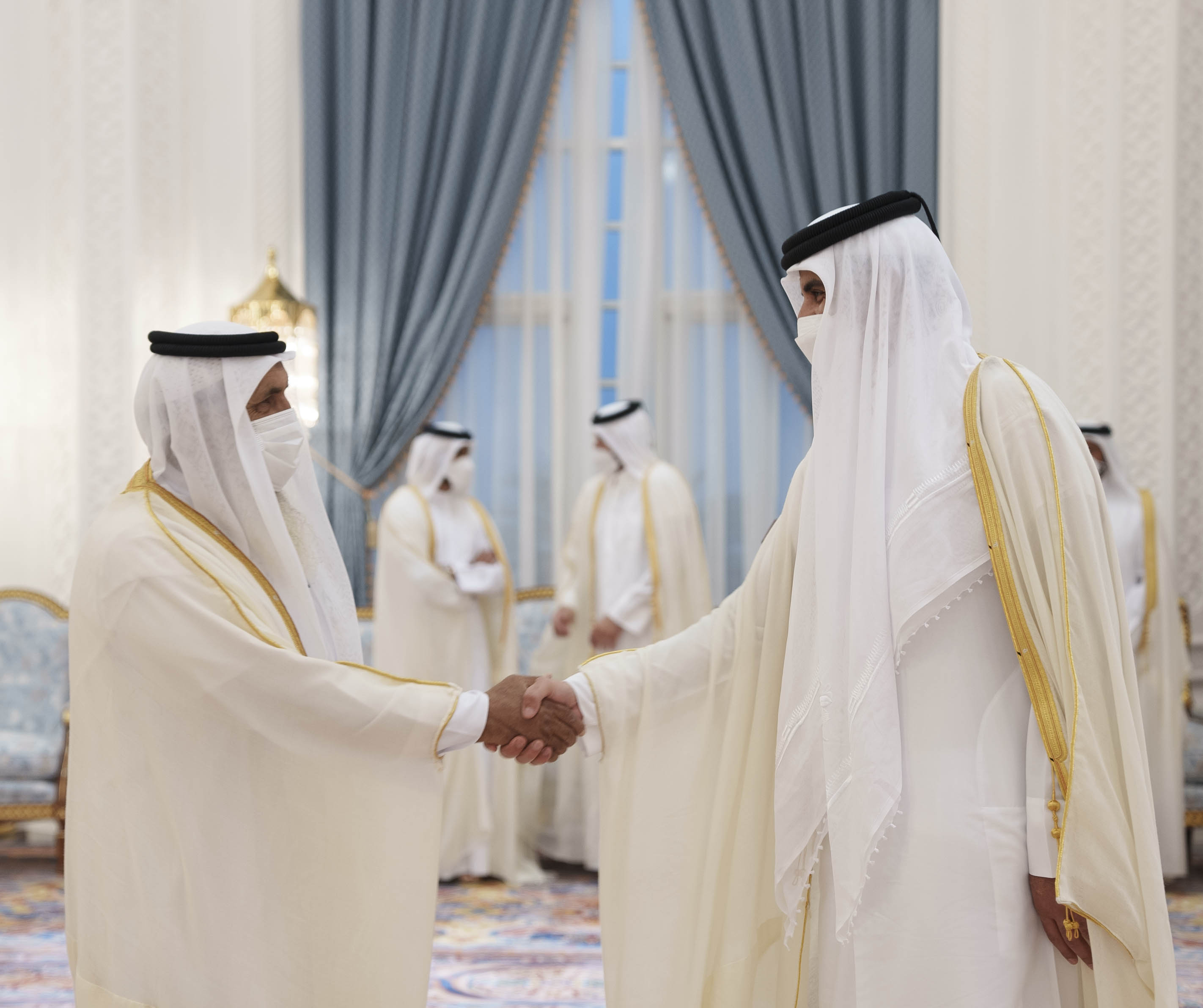 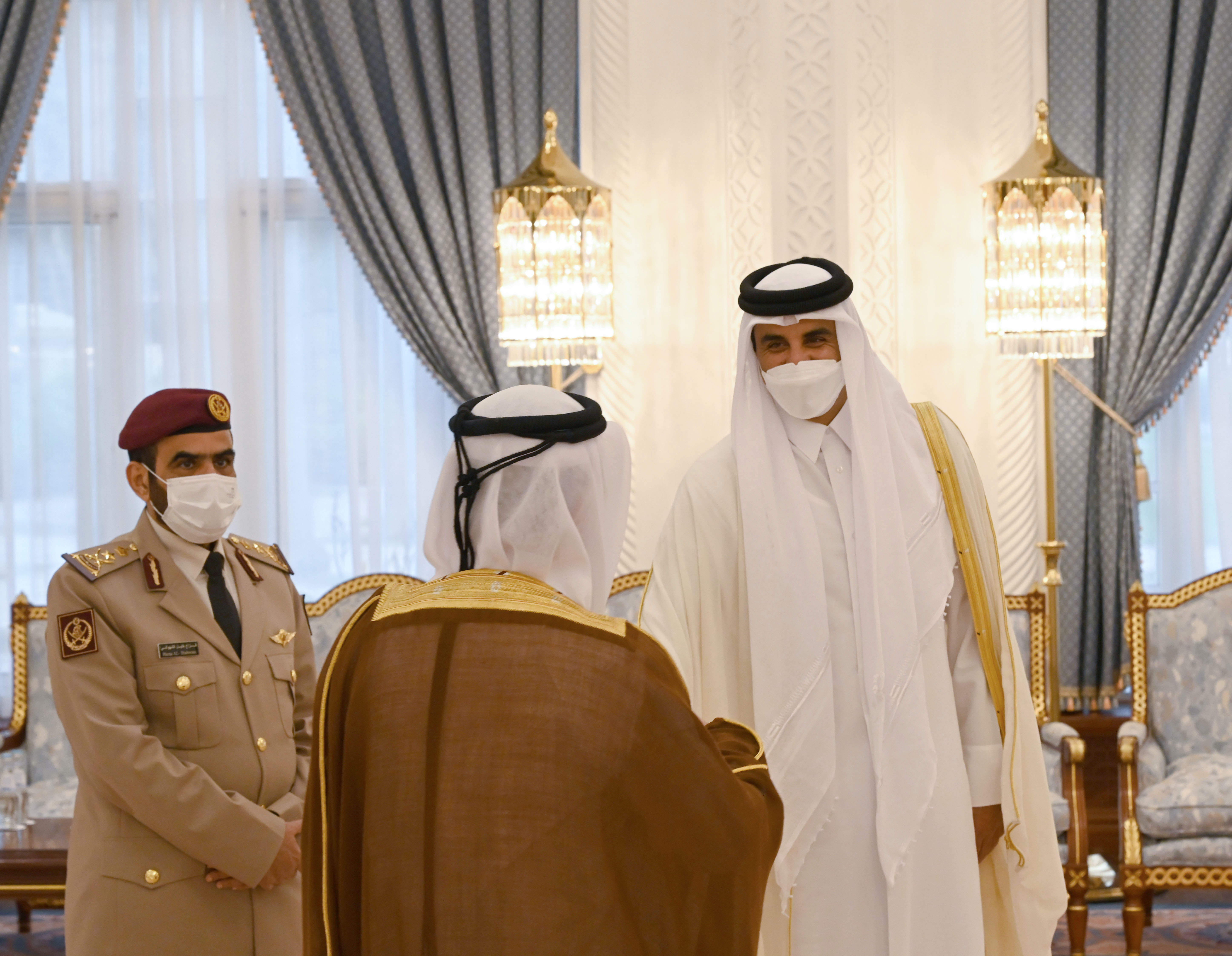 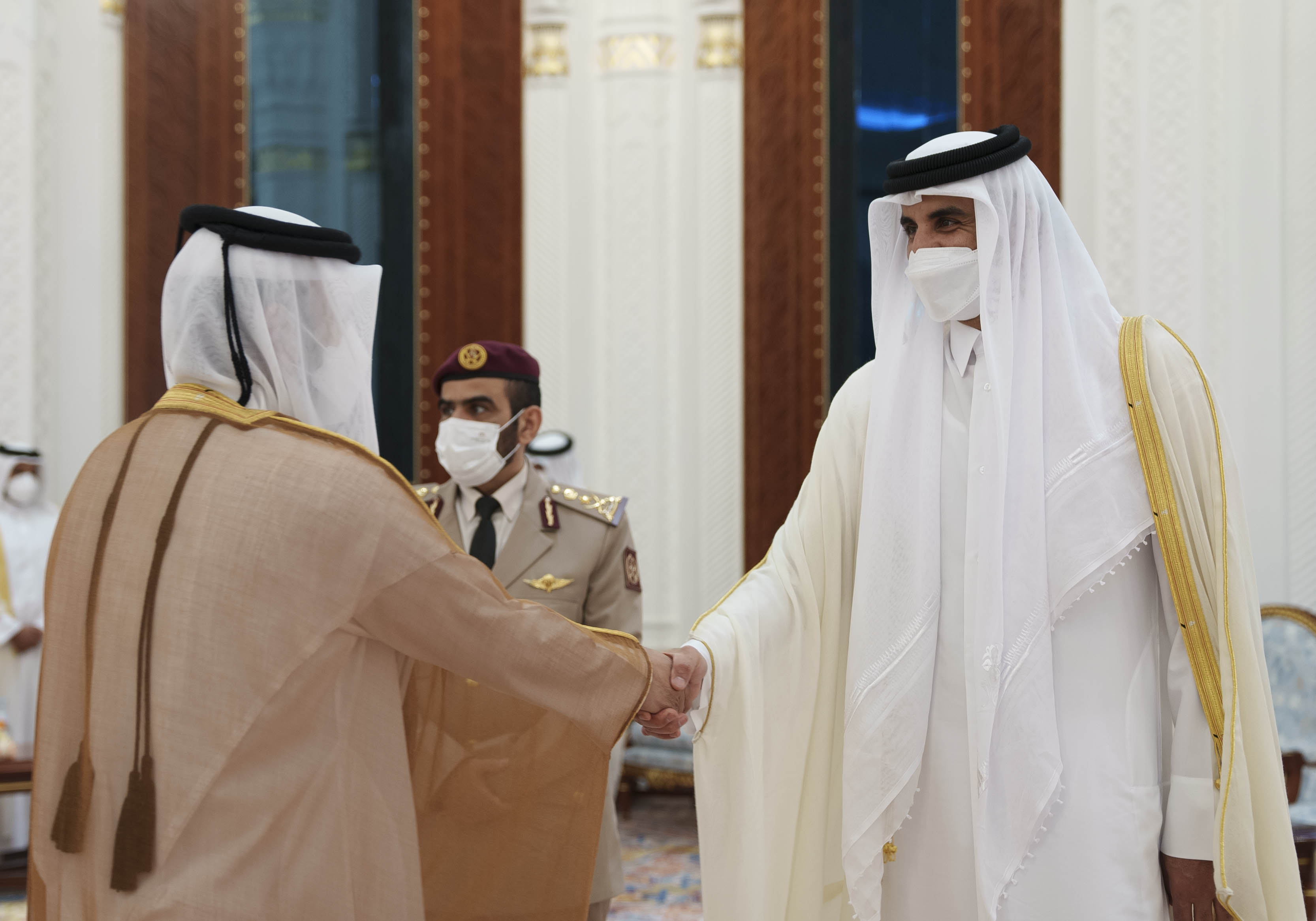 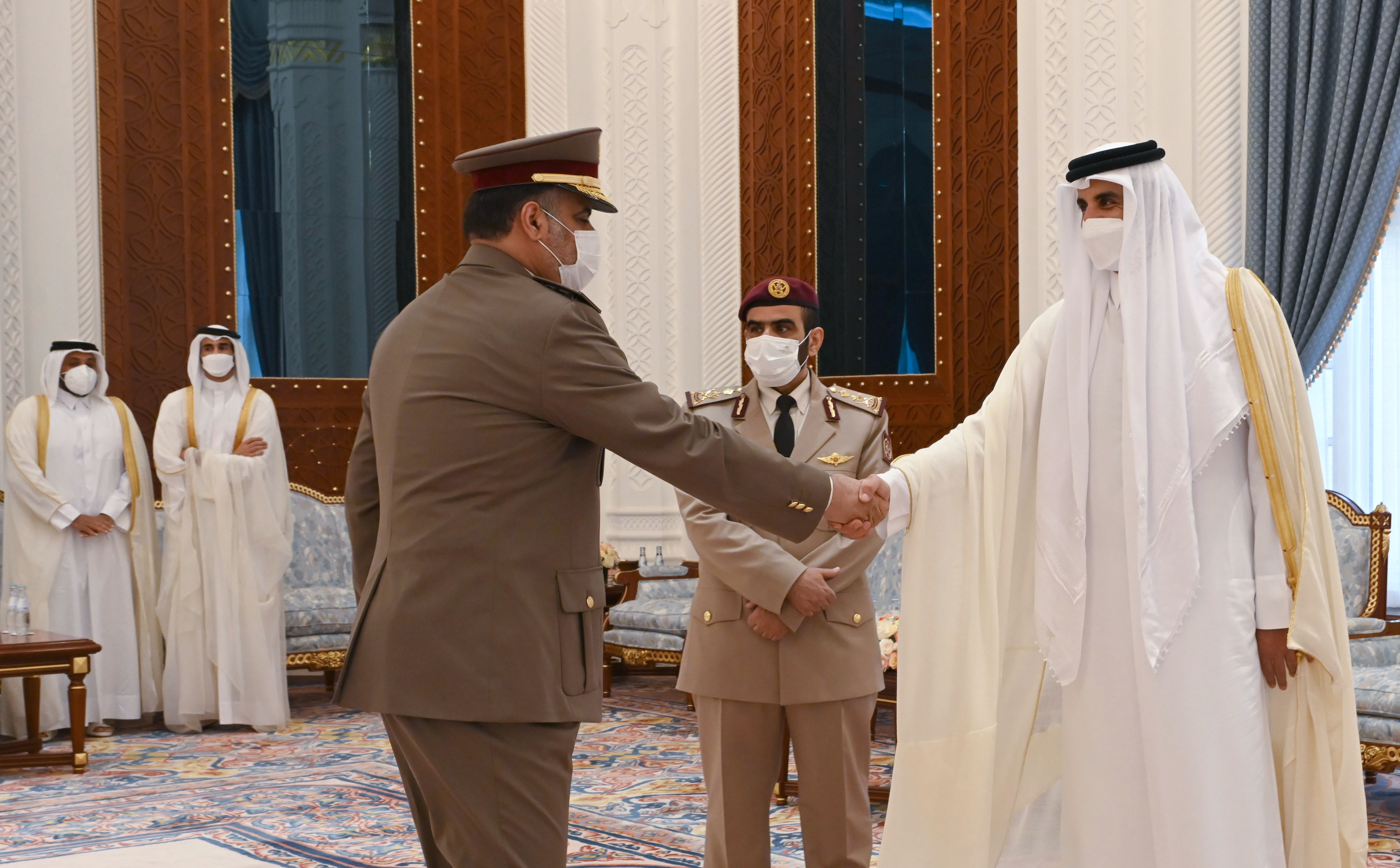 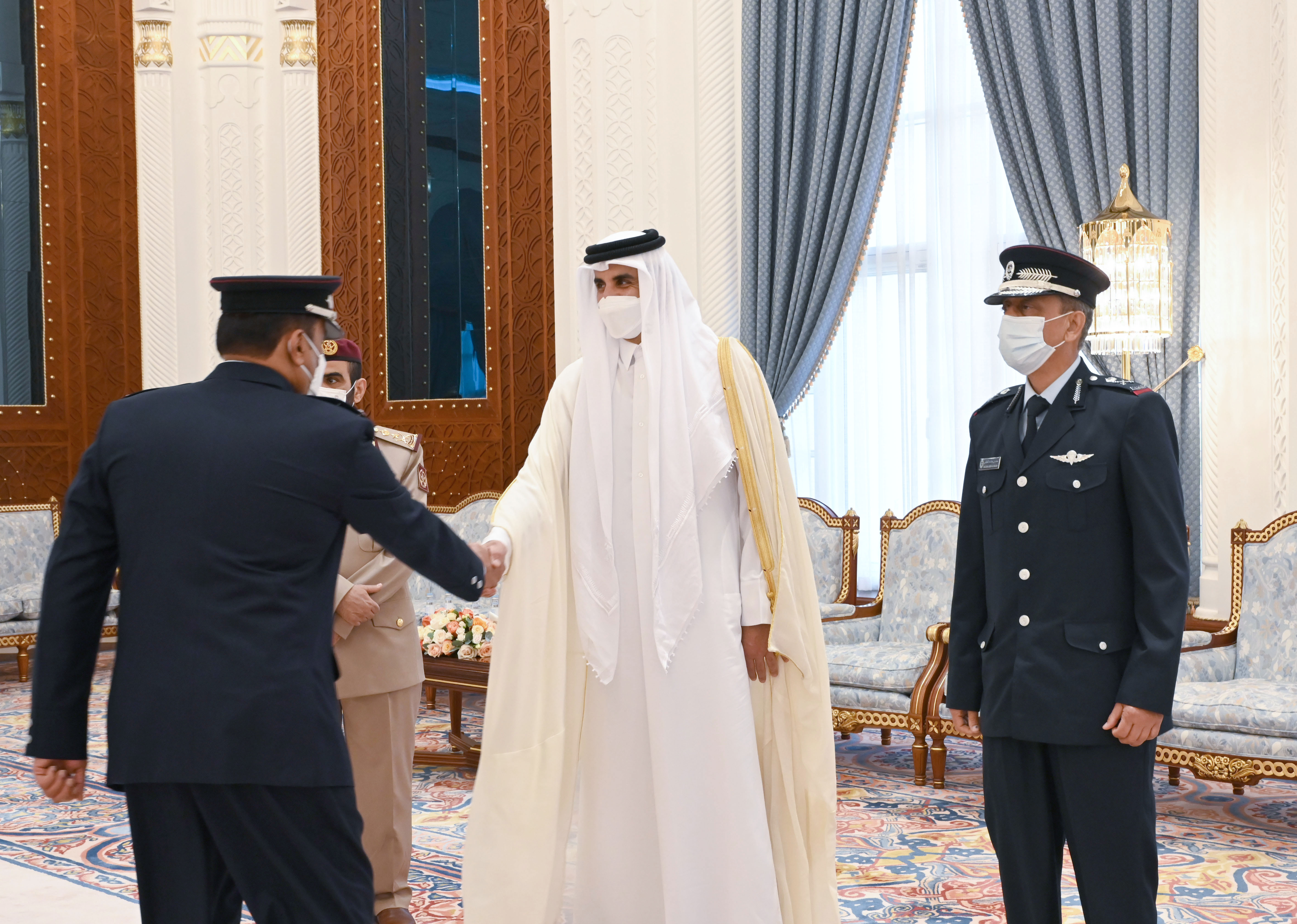 His Highness The Amir Sheikh Tamim bin Hamad Al Thani received scores of well-wishers on the advent of Eid Al-Adha at Al Wajba Palace this morning.

HH The Amir also received Their Excellencies heads of diplomatic missions accredited to the country, as well as army and police officers, and heads of national institutions and departments.

The well-wishers expressed their greetings and congratulations to HH The Amir on such a blessed occasion, praying for its return with good and blessings for the country and Qatari people, and the Arab and Muslim nations.