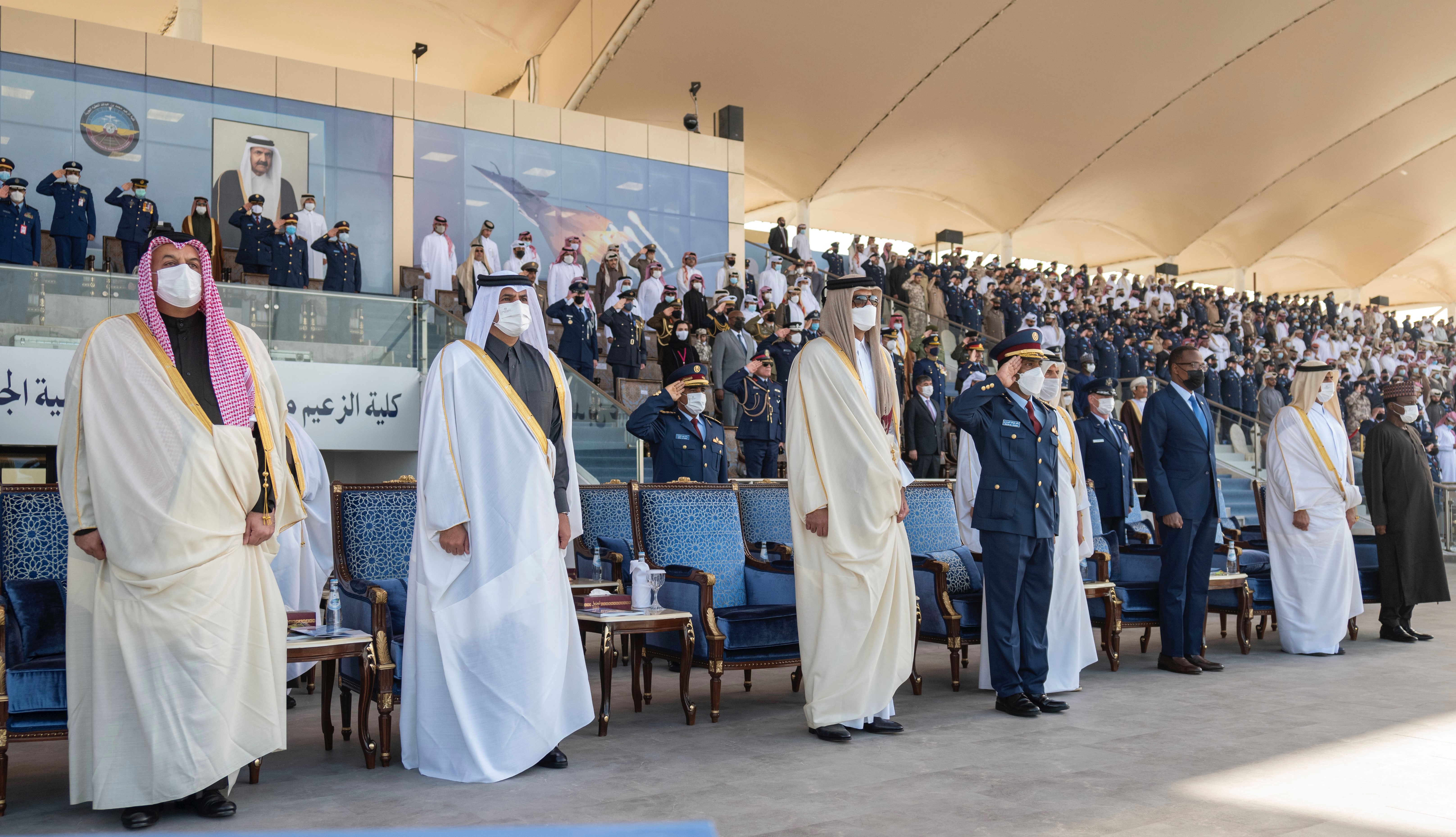 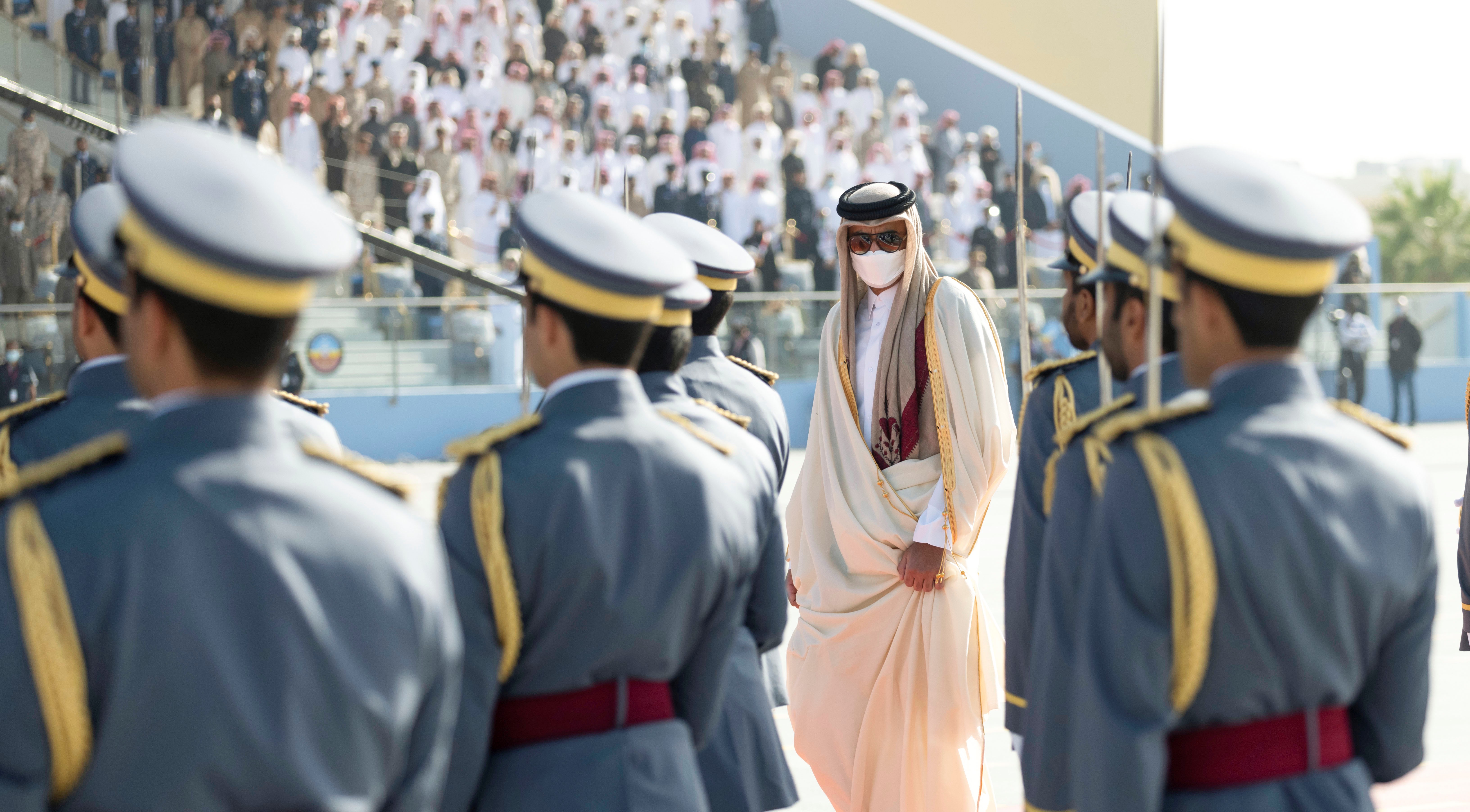 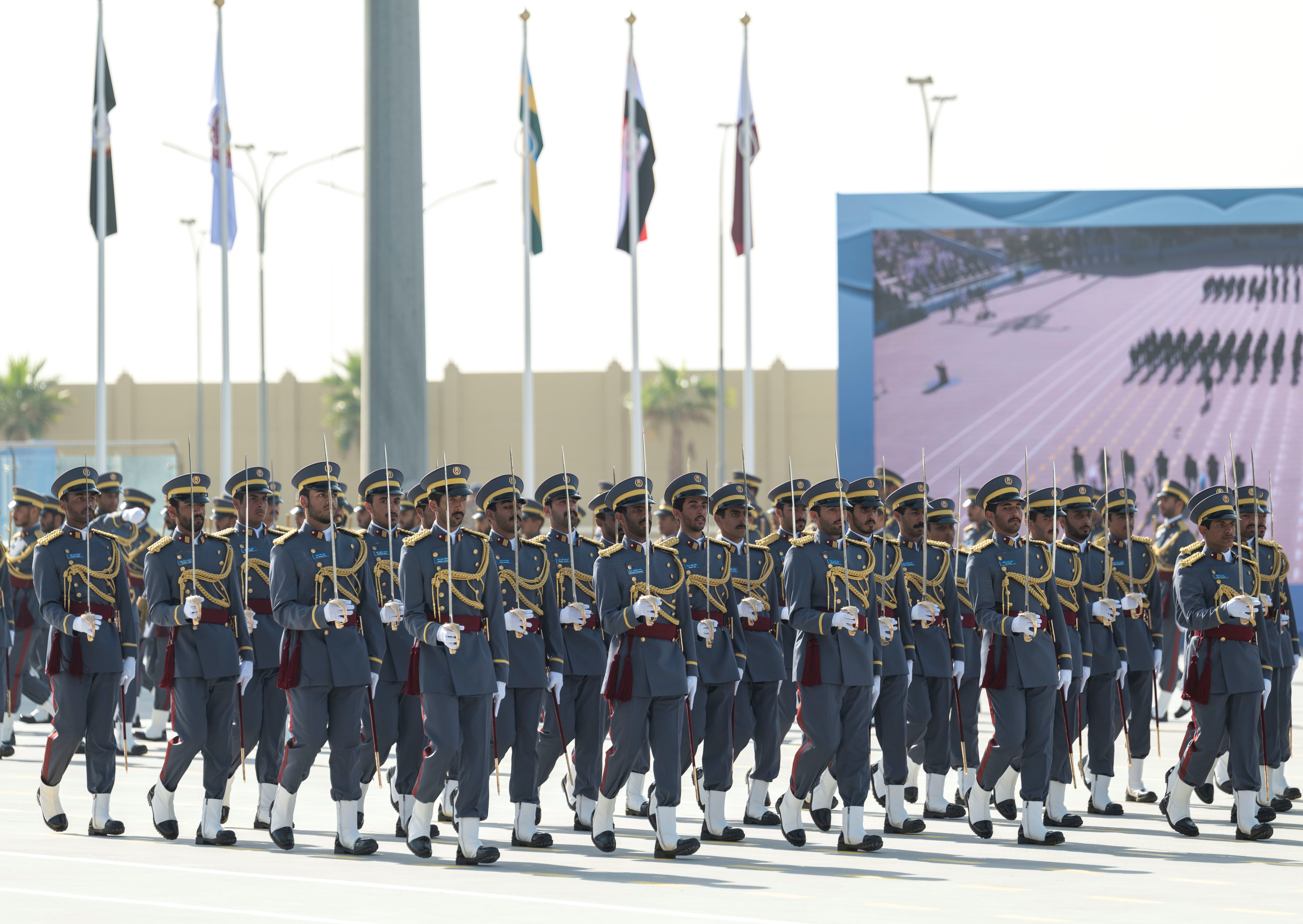 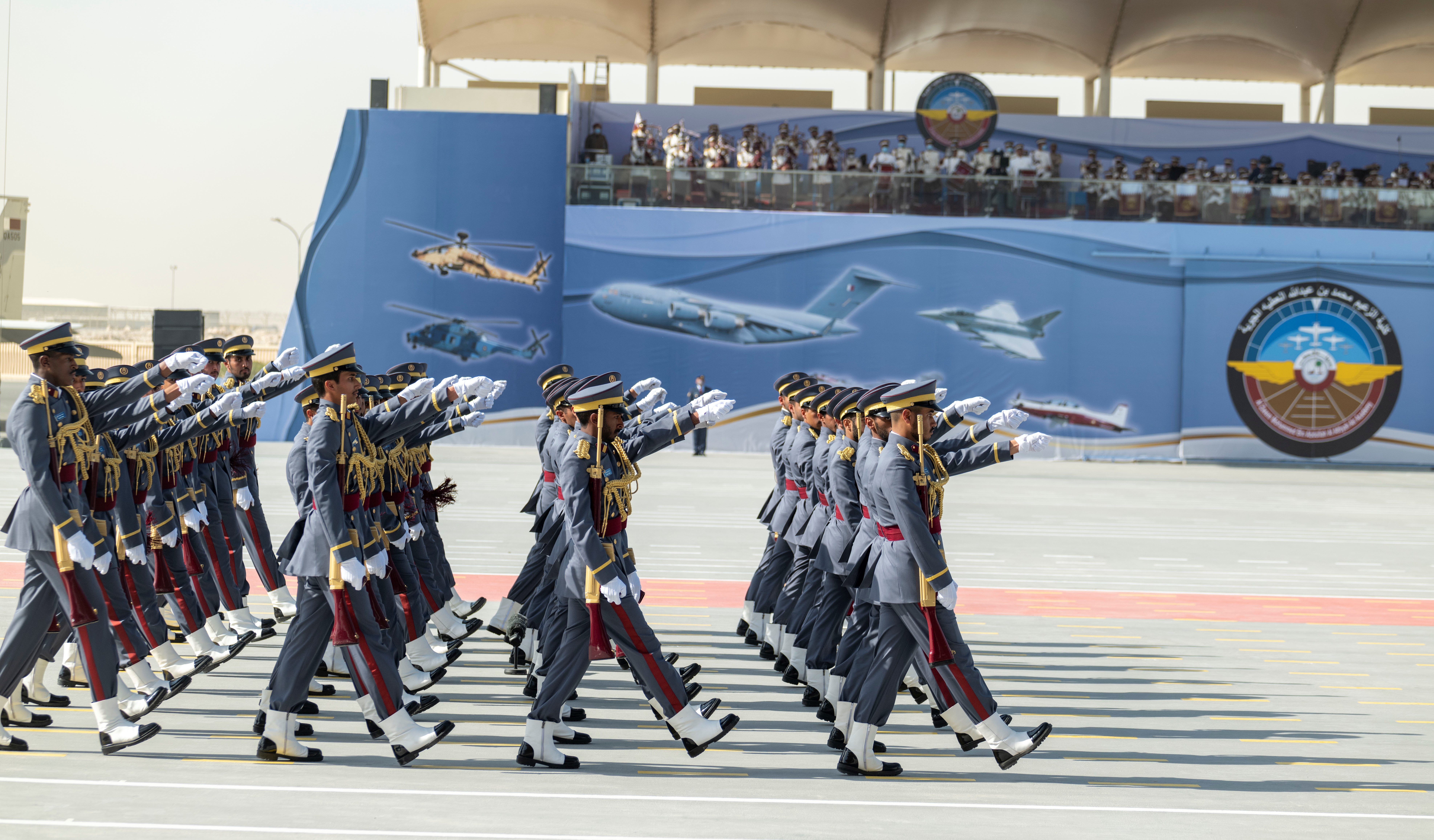 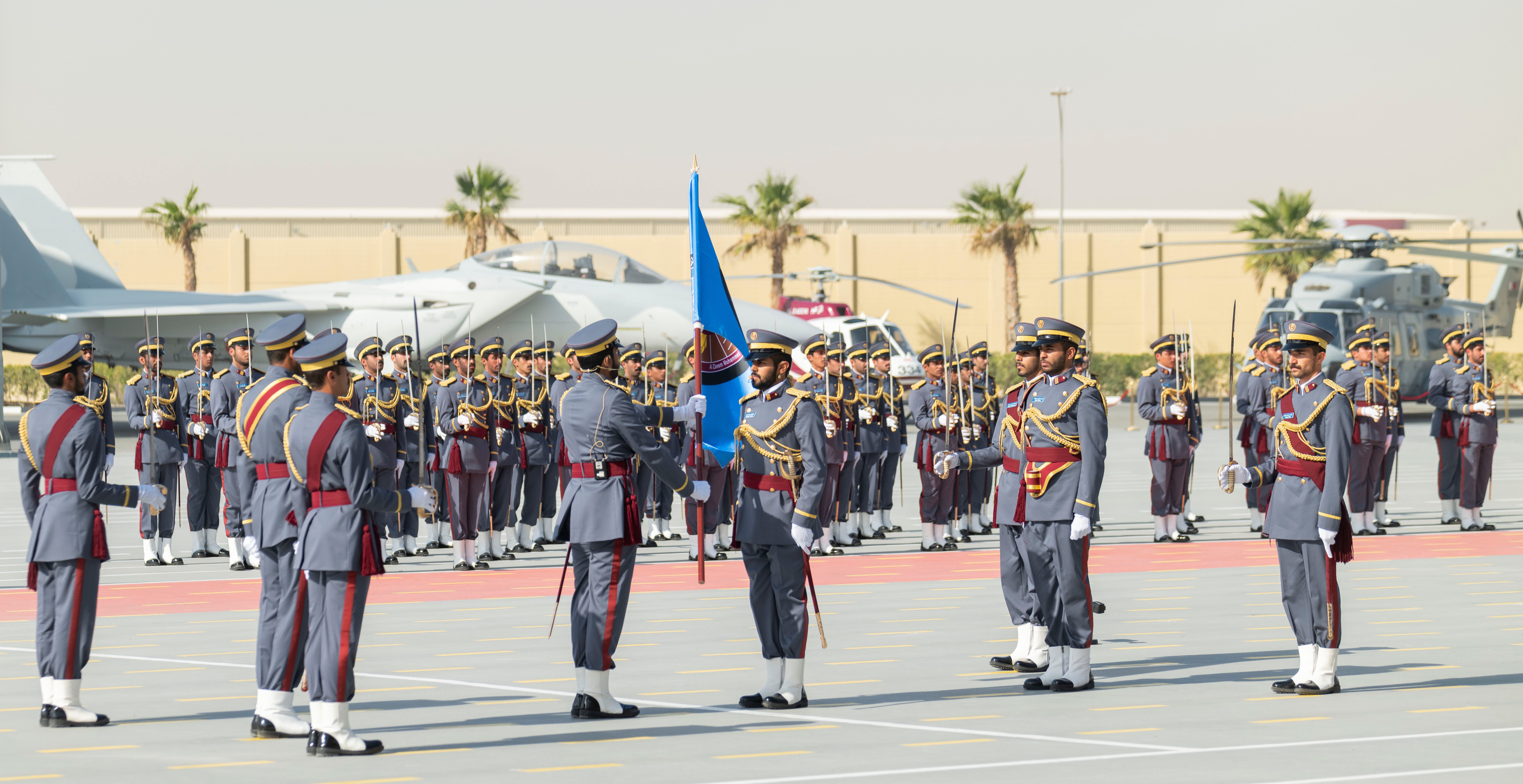 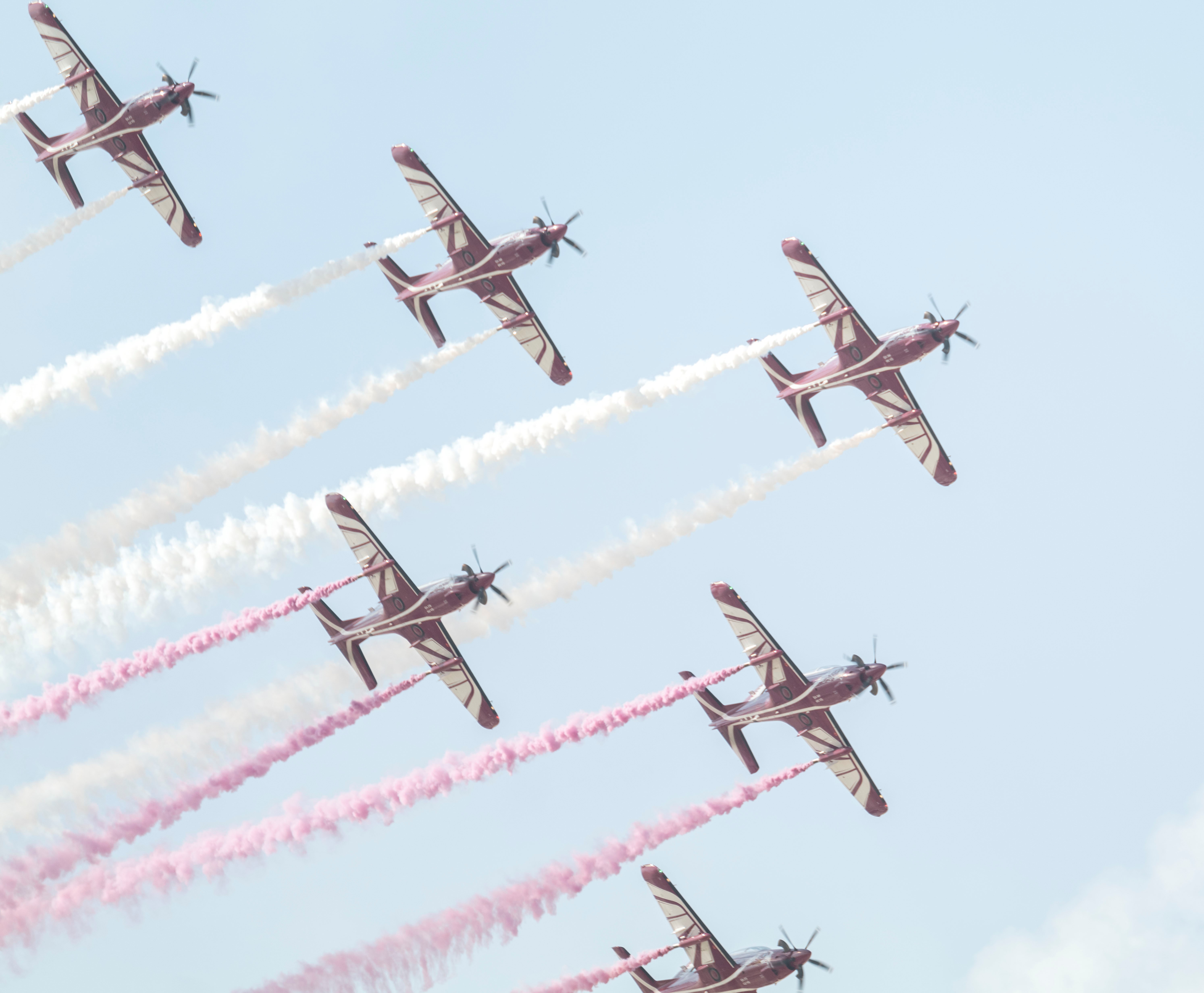 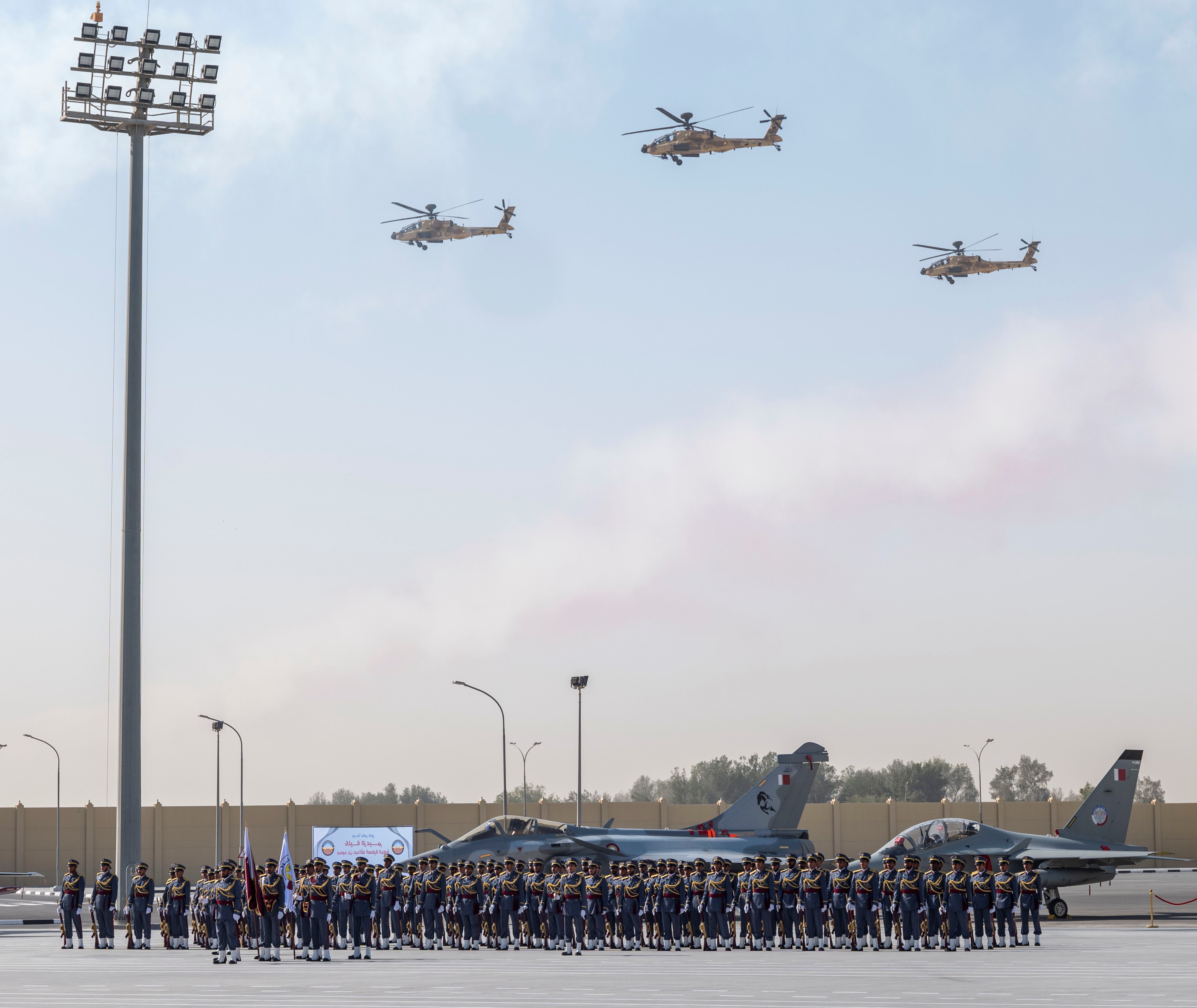 The ceremony was also attended by senior officers of the Ministry of Defense, the Ministry of Interior, the Amiri Guard and the State Security Bureau, in addition to their Excellencies heads of diplomatic missions in the country and parents of the graduates.

At the beginning of the ceremony, the national anthem was played. Afterward, the queue leader came forward to request HH The Amir to inspect the 142 graduates' queue from the State of Qatar, the Republic of Iraq, and the Republic of Rwanda.

After reciting verses from the Holy Quran and displaying the march of the graduates' queue and the military parade, HH The Amir honored the outstanding graduate students. Afterward, the flag was received and handed over from the 9th to the 10th batch. The appointment order was read, the parade queue left and the air show began. At the end of the ceremony, the officers of the 9th batch took the oath and recited the college anthem.