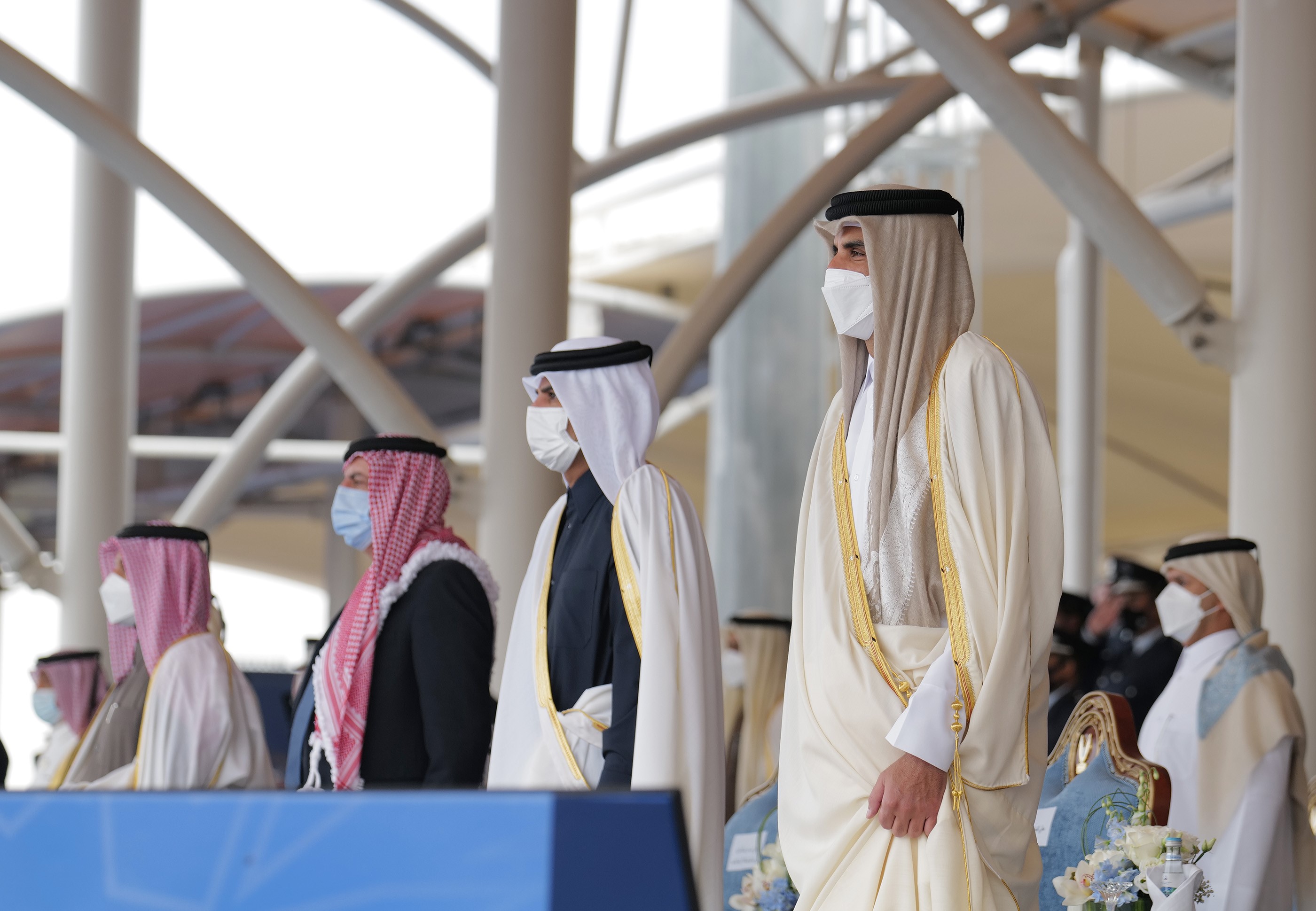 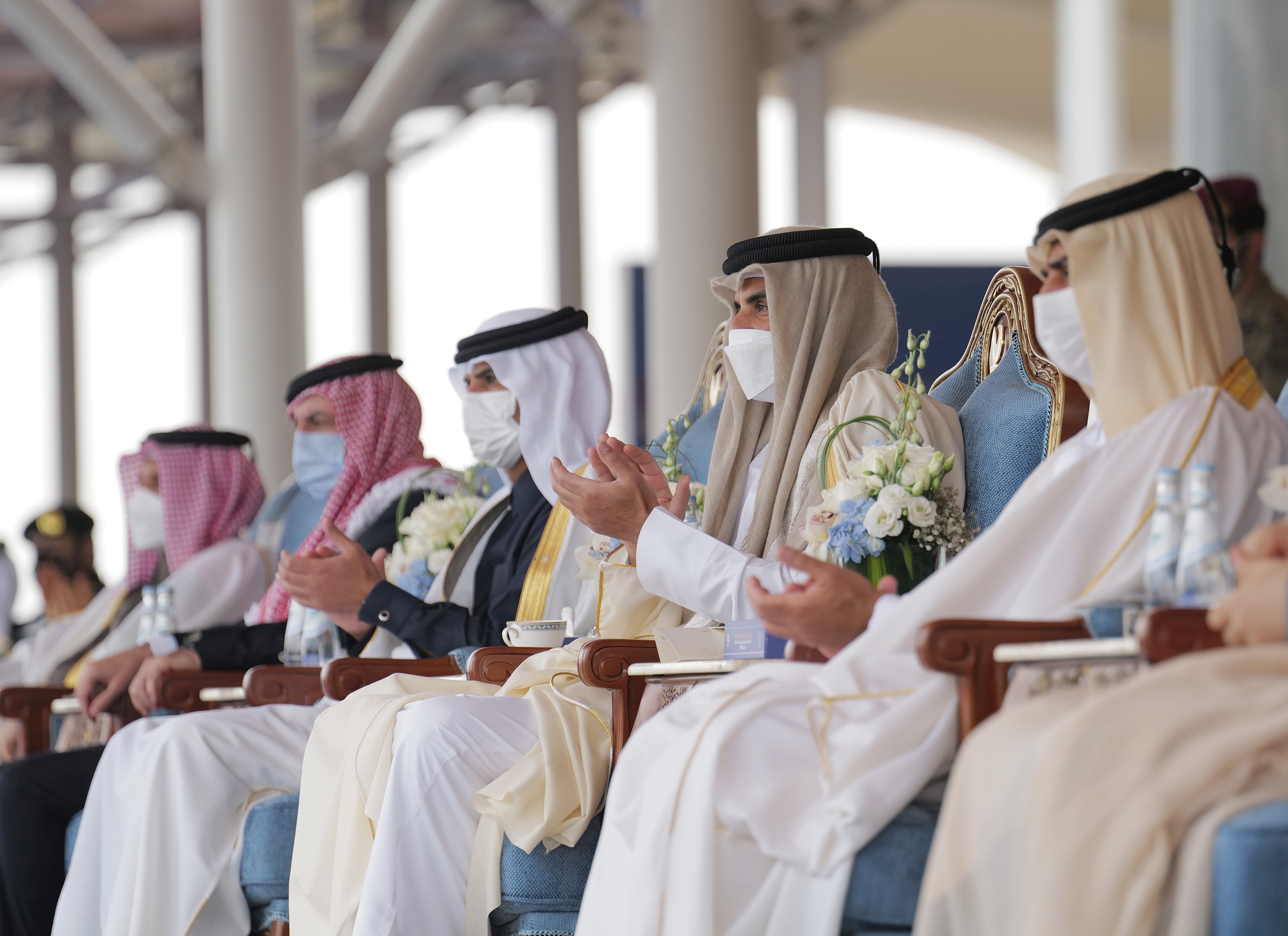 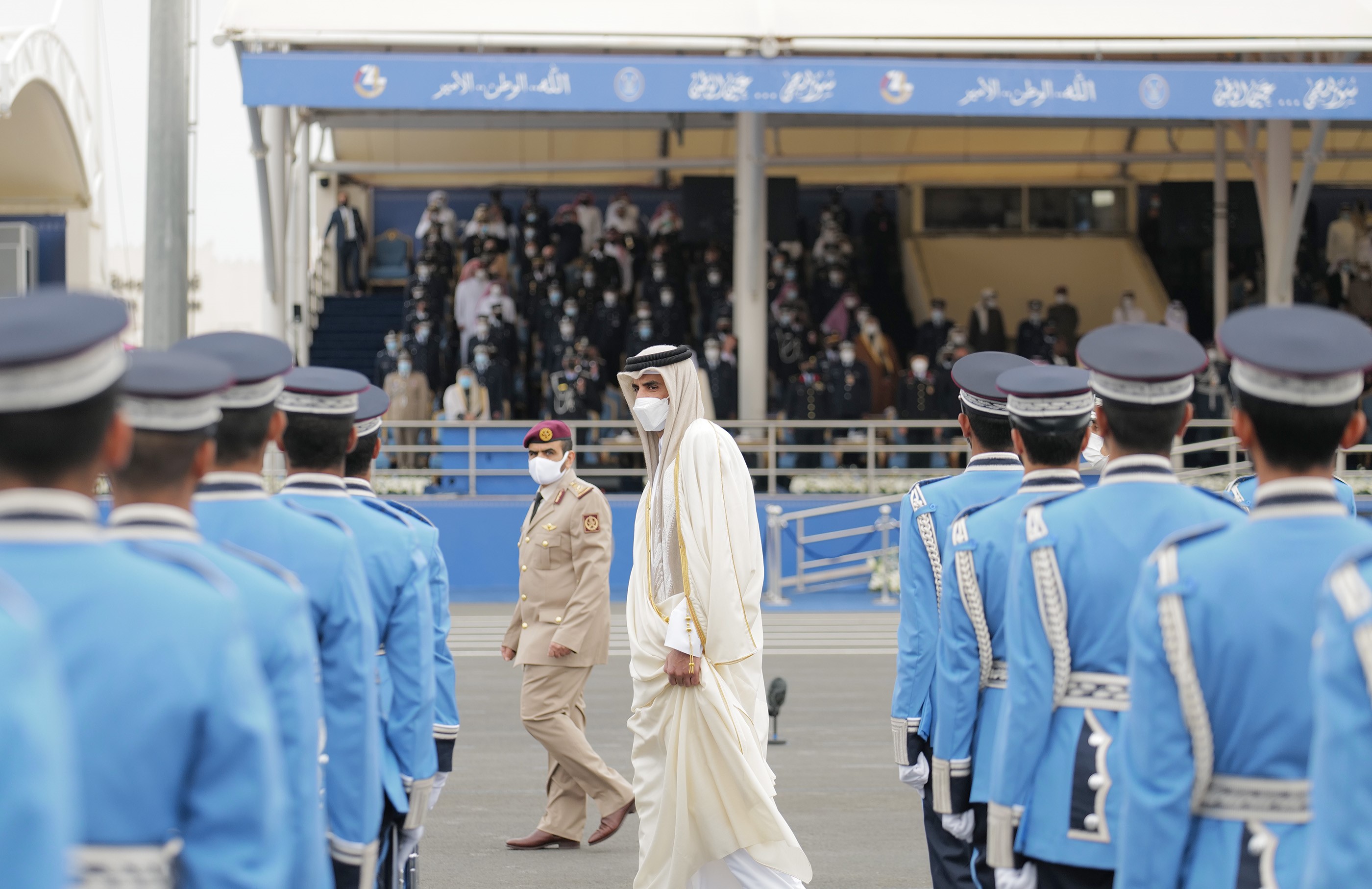 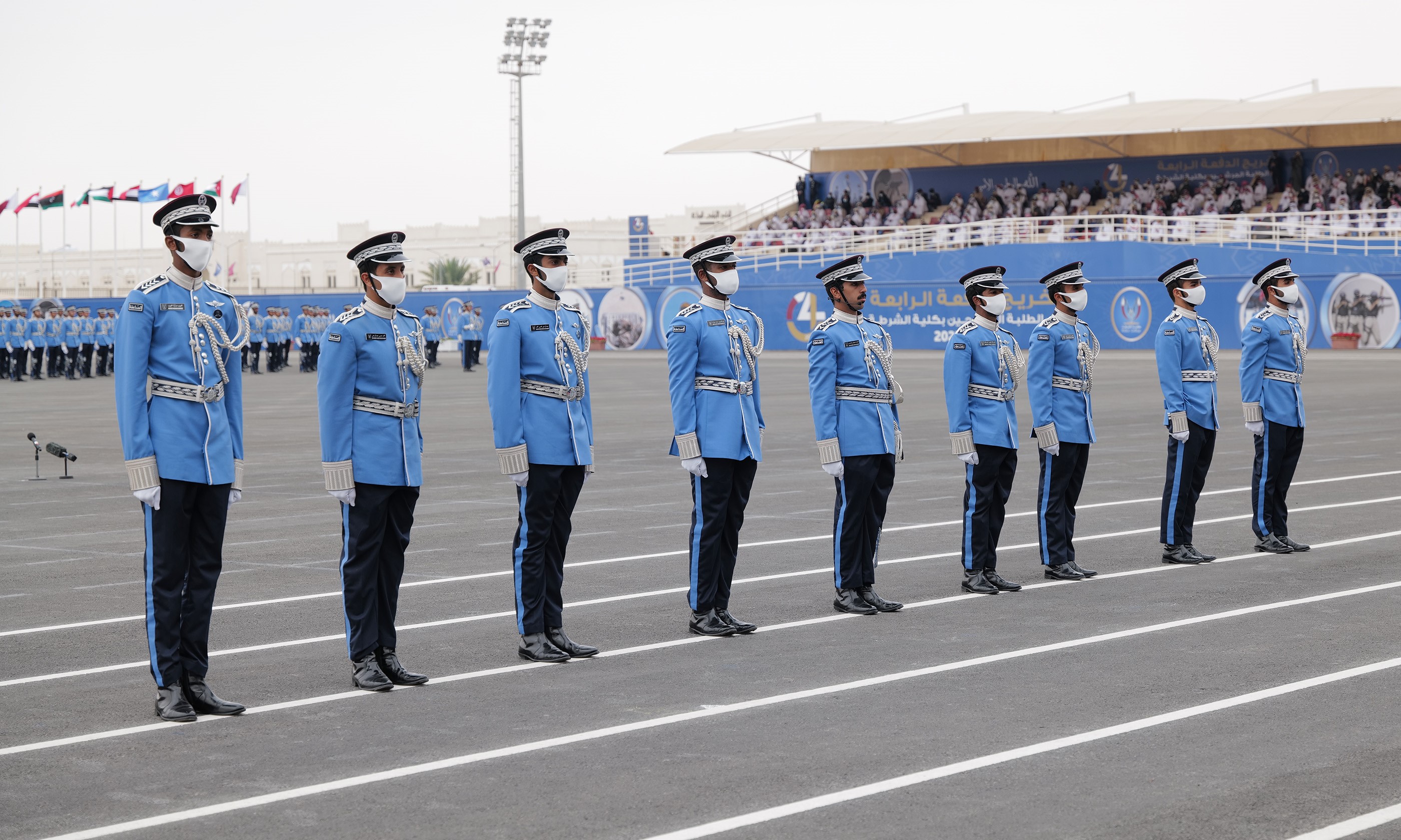 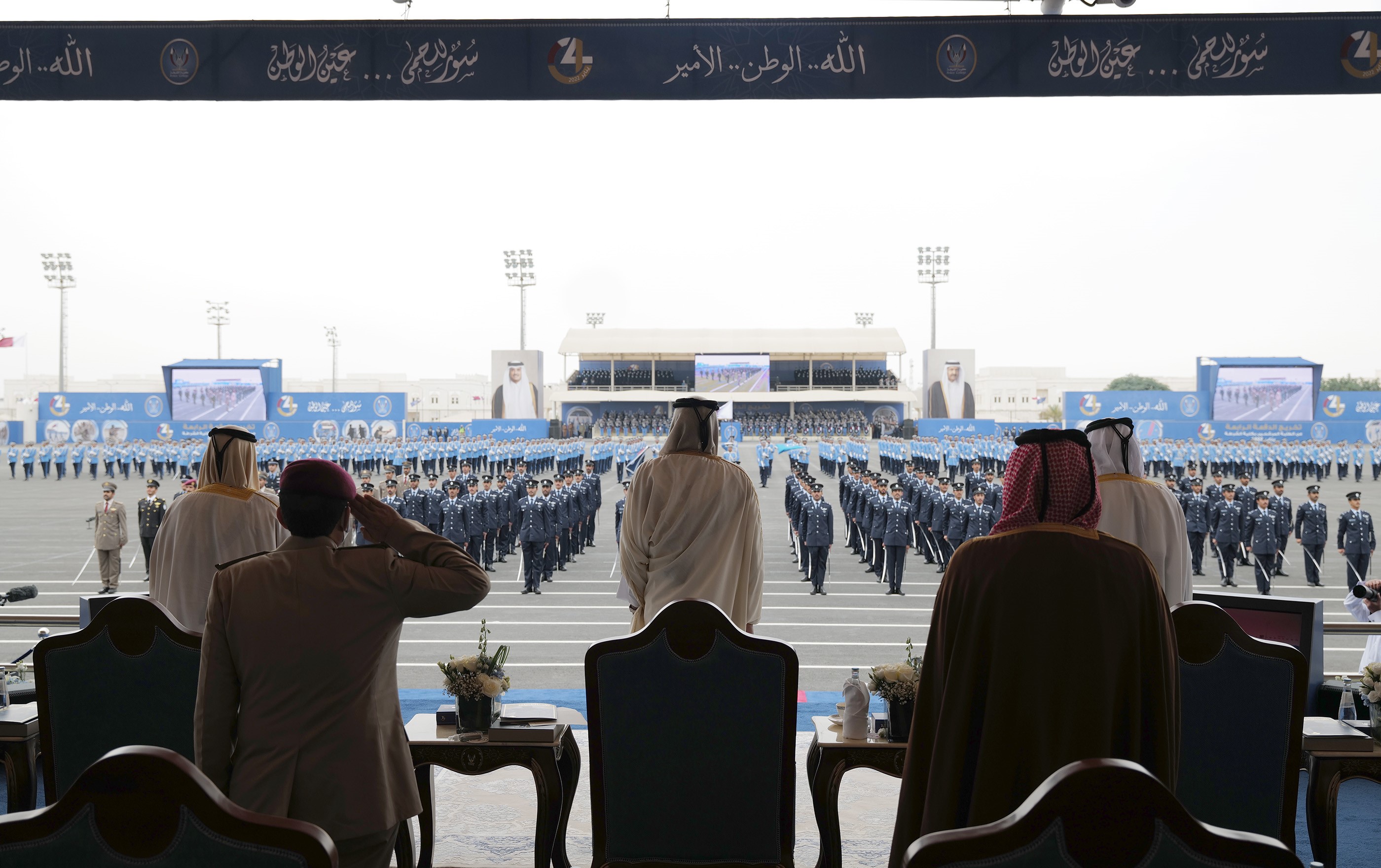 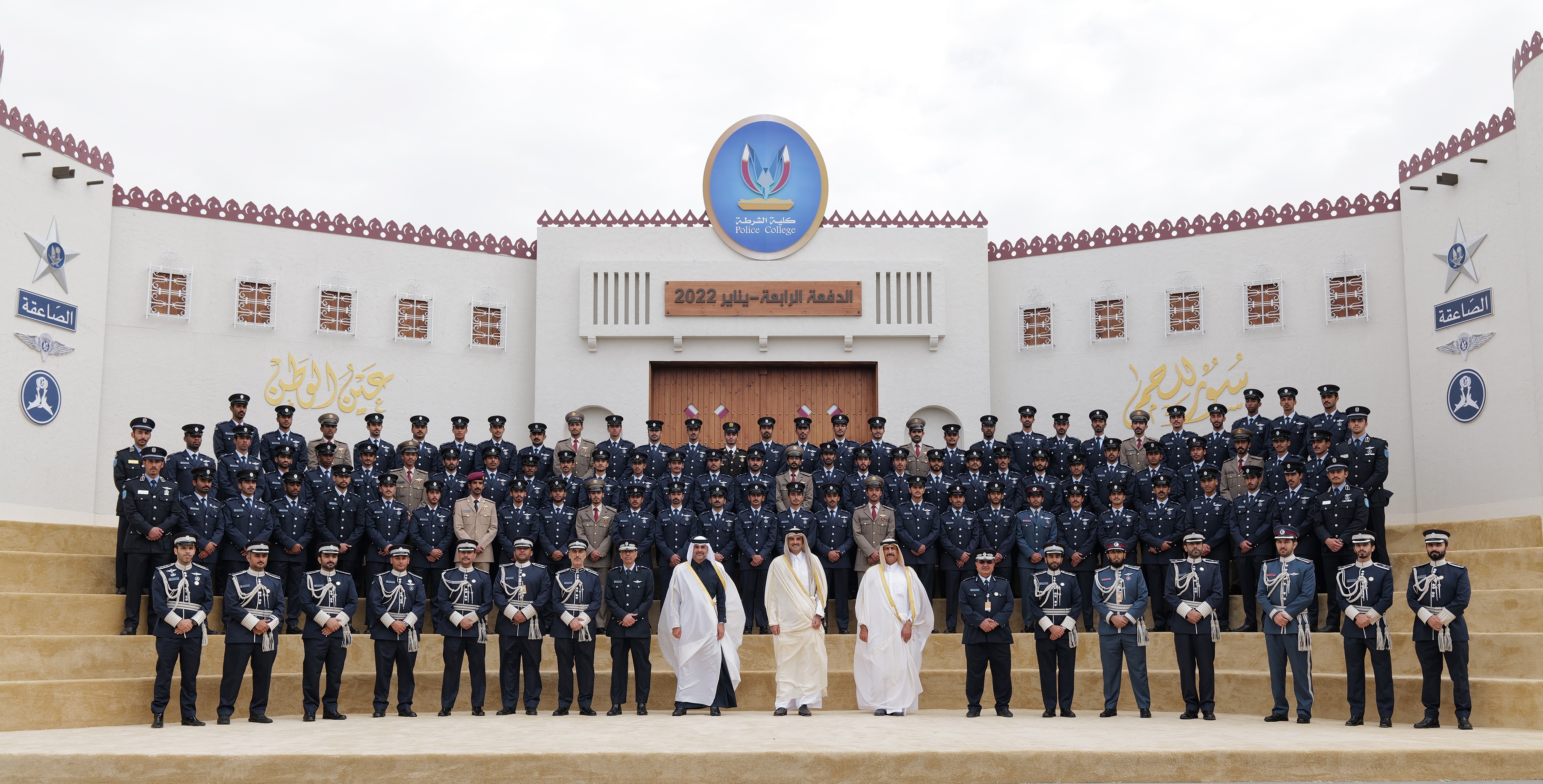 His Highness The Amir Sheikh Tamim bin Hamad Al Thani patronized the graduation ceremony of the fourth batch of candidate students of the Ministry of Interior's Police College at the Police Training Institute in Al Sailiya this morning.

The graduation ceremony was attended by HE Prime Minister and Minister of Interior Sheikh Khalid bin Khalifa bin Abdulaziz Al Thani, and a number of Their Excellencies the Ministers.

The ceremony was also attended by HE Minister of Interior of the sisterly Hashemite Kingdom of Jordan Mazin Abdellah Hilal Al Farrayeh, HE Undersecretary of the Ministry of Interior in the sisterly Kingdom of Saudi Arabia Dr. Hisham bin Abdulrahman Al Falih, and senior security and military leaders from brotherly and friendly countries.

It was also attended by heads of the diplomatic missions to the State, and high-ranking officers of the Ministry of Defense, the Ministry of Interior, the Amiri Guard, the State Security, the Lekhwiya Force, and ceremony guests.

At the beginning of the ceremony, the national anthem was played. Afterward, the commander of the graduates' queue came forward to request HH The Amir to review the queue of the 90 graduates from the State of Qatar and the State of Palestine.

After reciting verses from the Holy Quran and the performance of the graduates' parade and the military parade, HH The Amir honored the outstanding graduates. After that, the fourth batch handed over the flag to the fifth batch. The appointment order was read out, the parade queue left and the Police College's 'Officers of Tomorrow' queue entered. At the end of the ceremony, the officers of the fourth batch took the oath and performed the College anthem.