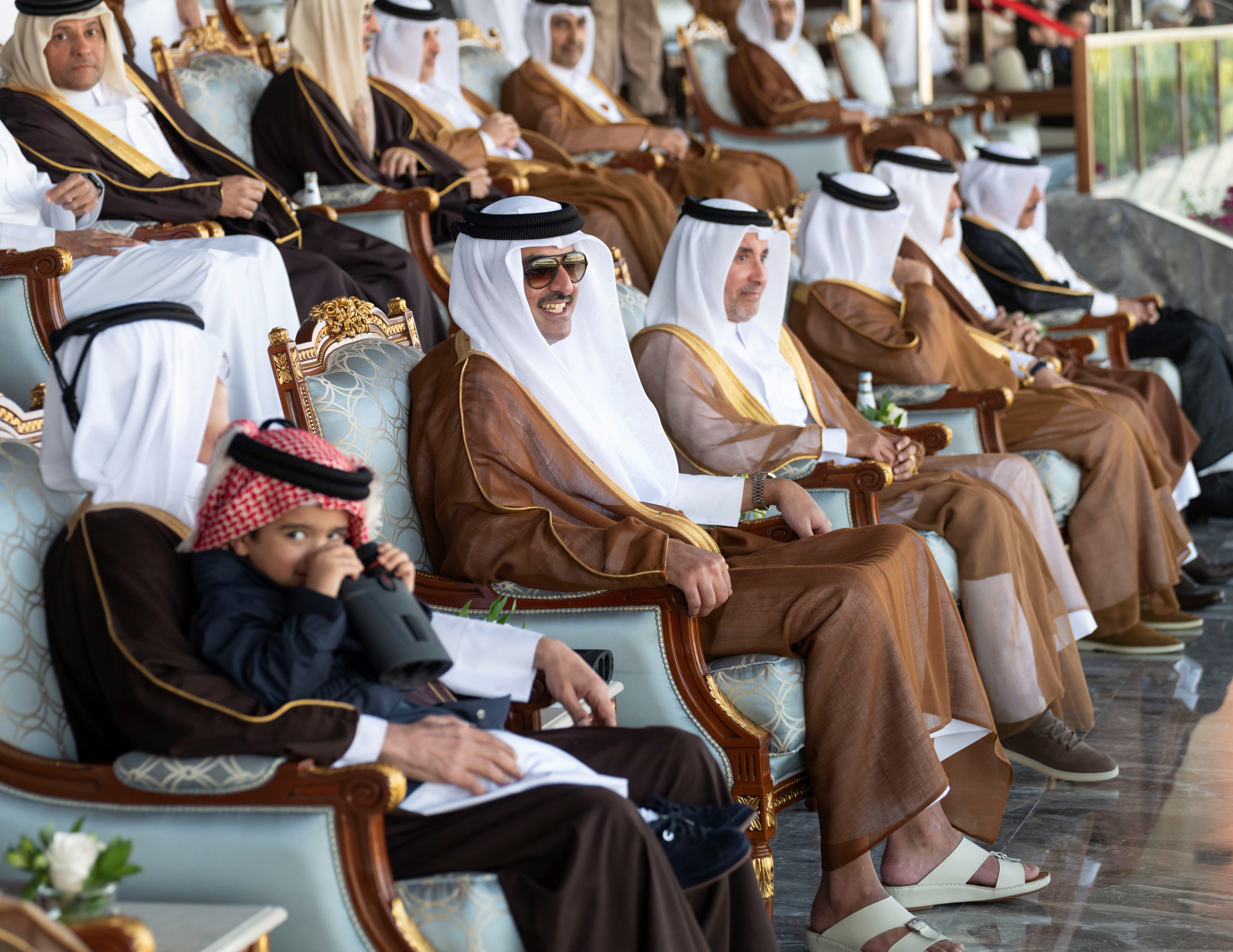 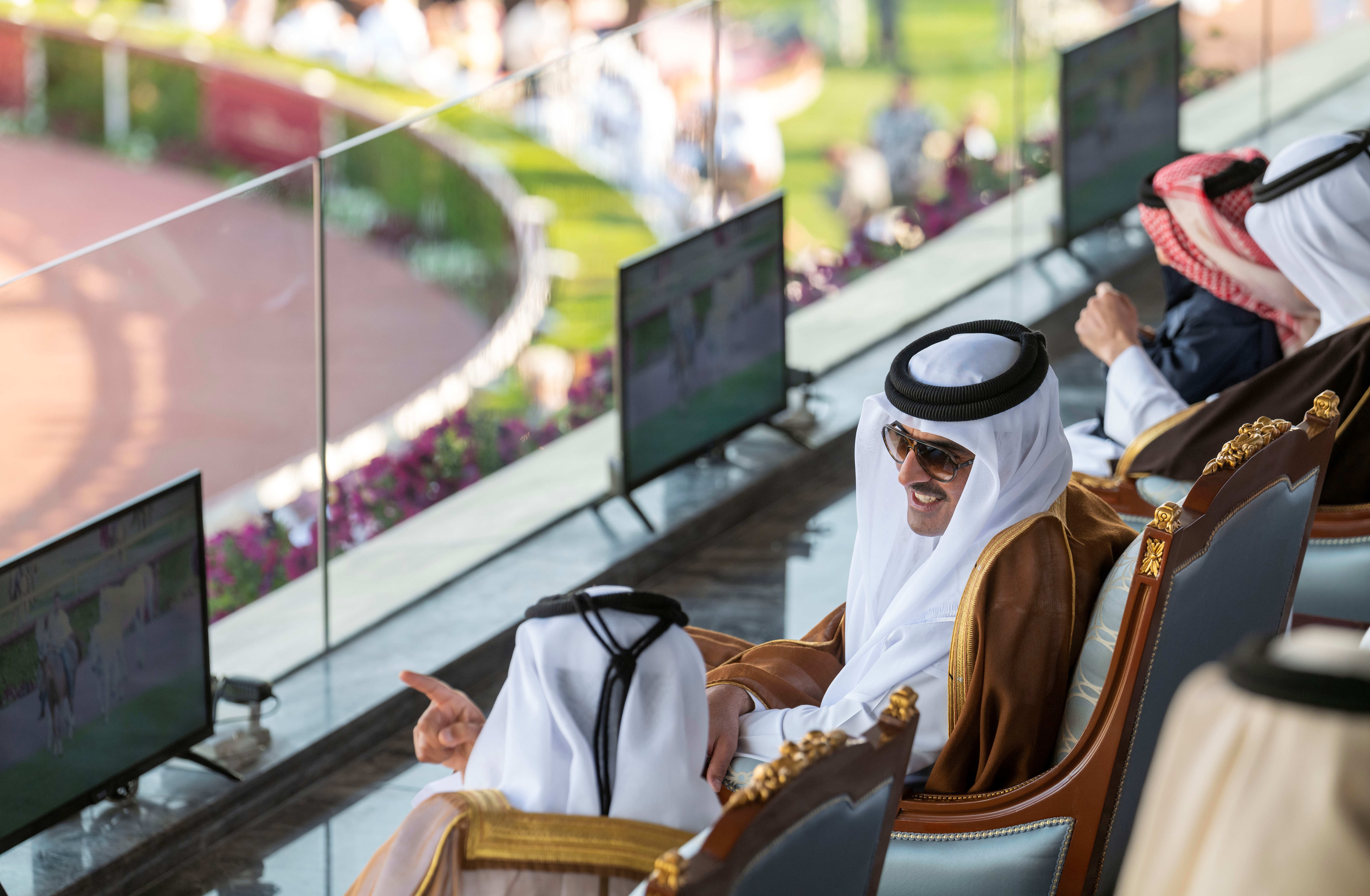 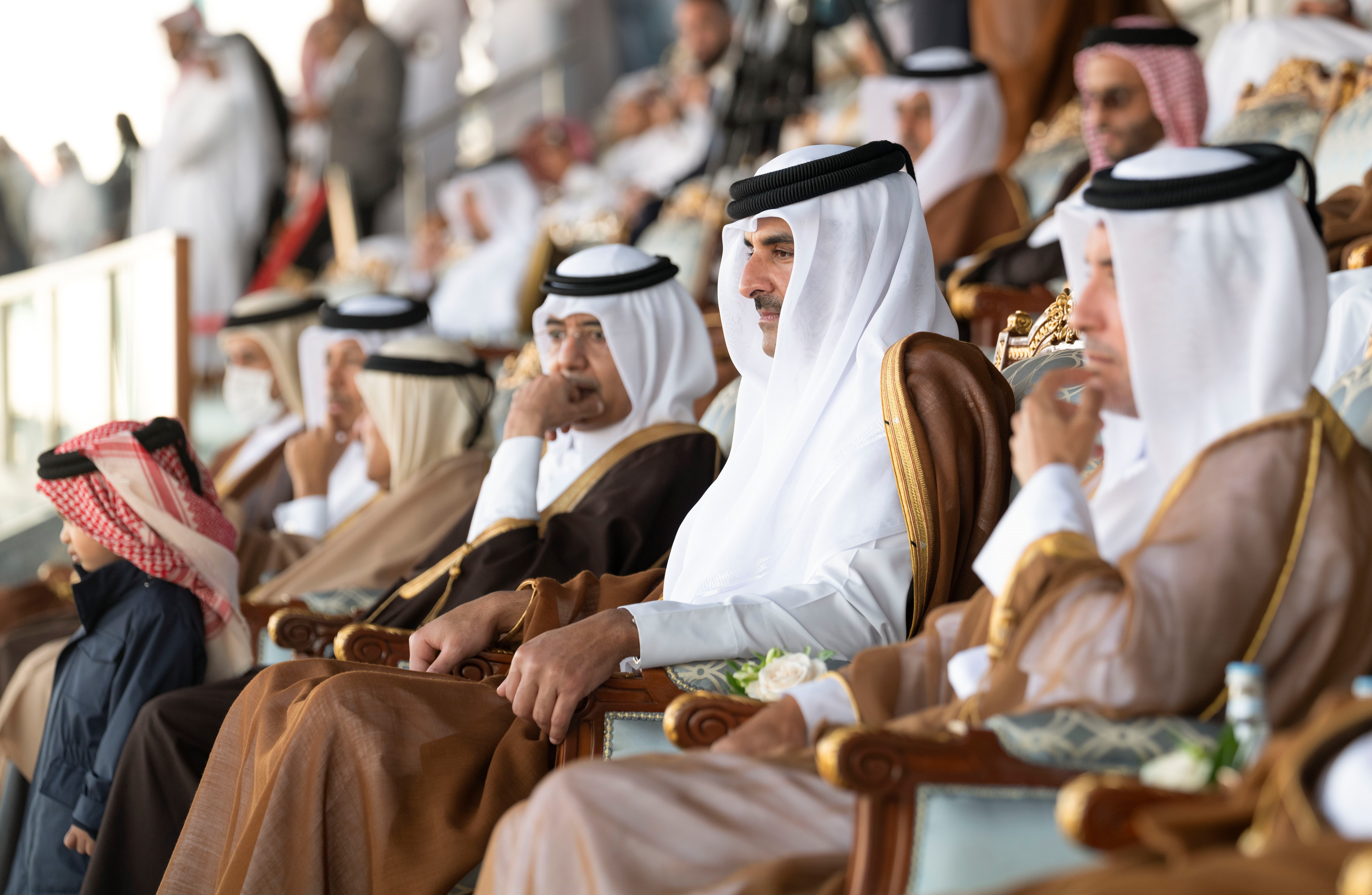 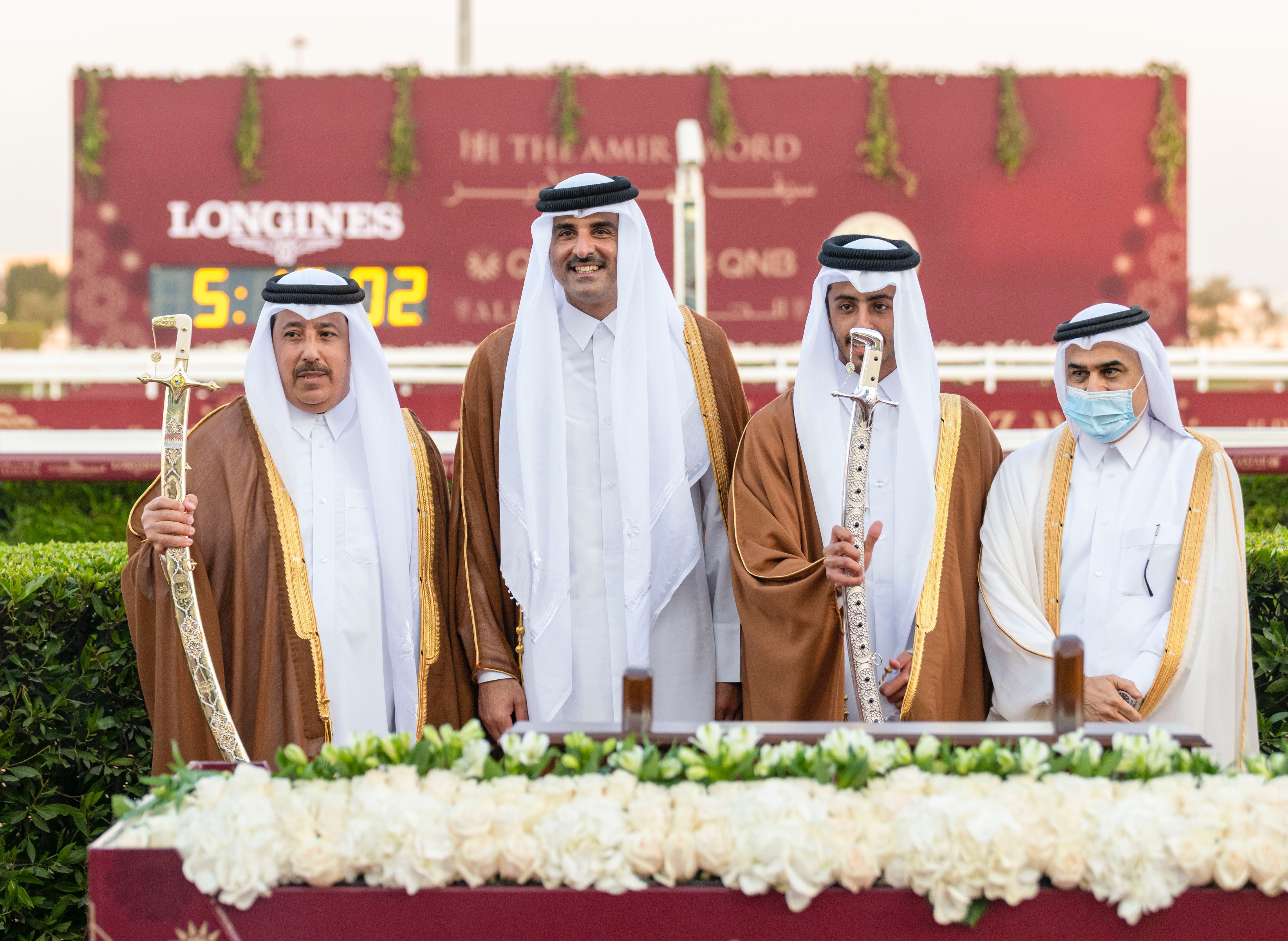 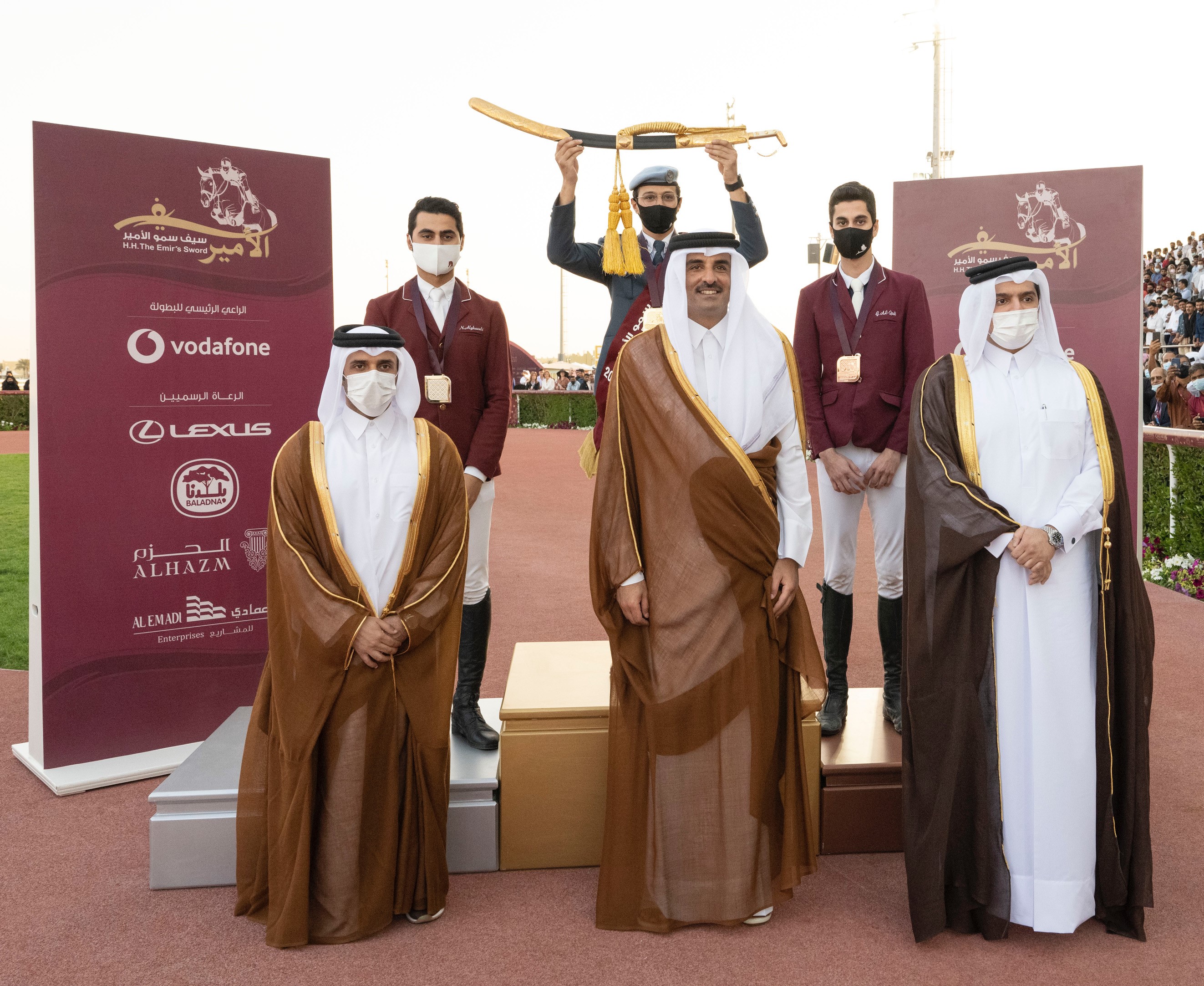 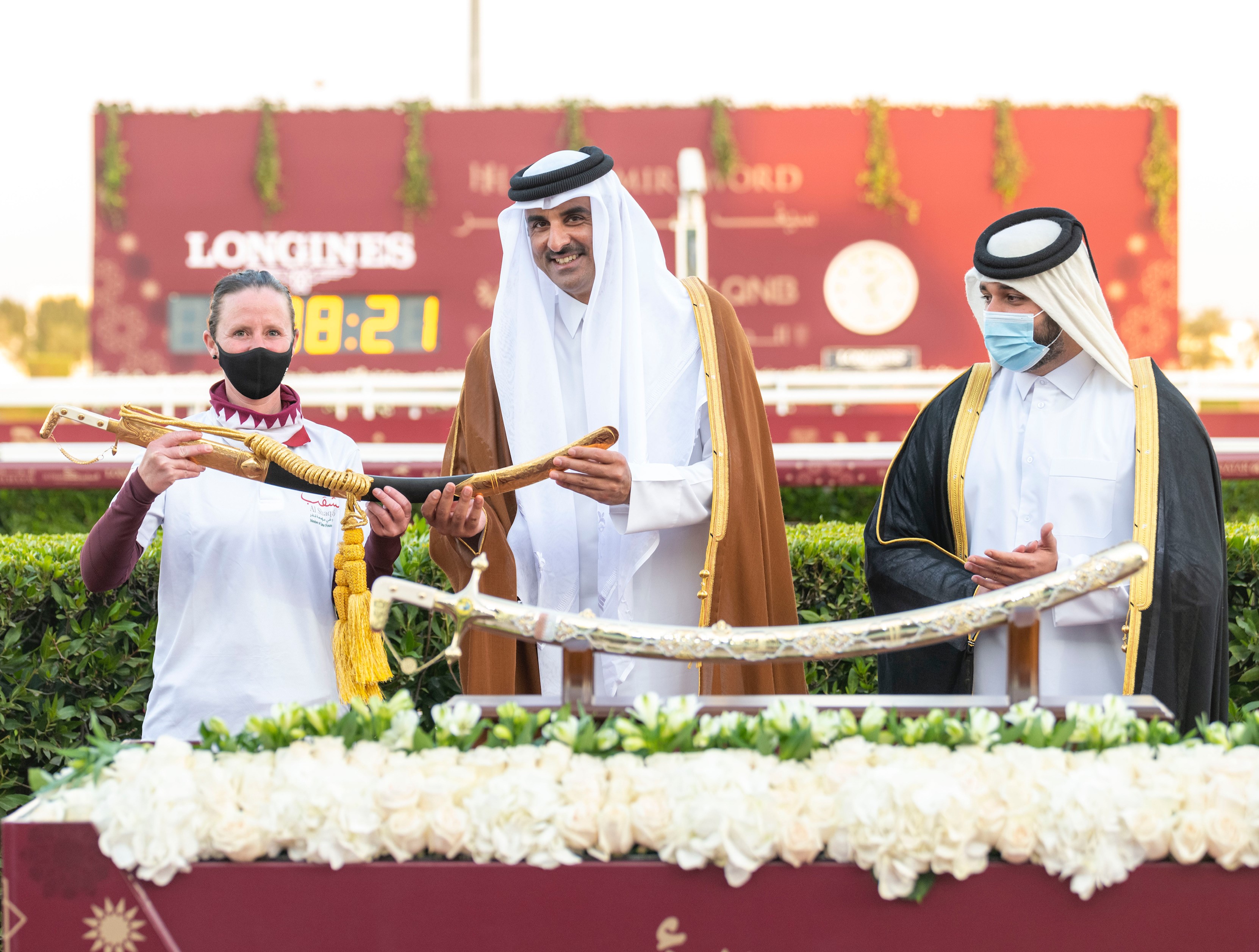 His Highness The Amir Sheikh Tamim bin Hamad Al Thani attended the conclusion of the race on HH's Sword held on the track of the Racing and Equestrian Club in Al Rayyan.

The event was also attended by a number of Their Excellencies Sheikhs, Ministers, horse owners and an audience of equestrian sports lovers.

HH The Amir also handed over to Khalifa bin Shuail Al Kuwari the silver sword for the pony Mushrif winning of the sixth race title for purebred Arabian horses (4 years old only) for a distance of 1850 metres, and Al Shalfa to Mohammed Hamad Al Attiyah for the pony Thunder Stone winning of the first place in the fifth round dedicated to purebred hybrid horses Equivalence - (Class 2) for the 2000 metres.

HH The Amir handed over the prizes to the winners of the first four places in the "Al-Sabiq" heritage race, who are: Mohamed Kam'an Al Khayarin, Abdul Rahman Abdullah Al Hajri, Muhammad Fahd Al Khayarin, and Saleh Salem Al Marri. HH The Amir also honored the sponsors of the festival.

HH The Amir witnessed part of the closing rounds of the purebred horse competition, and the final round of the "Al-Sabiq" heritage championship on the sandy track, in addition to the main run on the golden sword of His Highness for purebred Arabian horses.