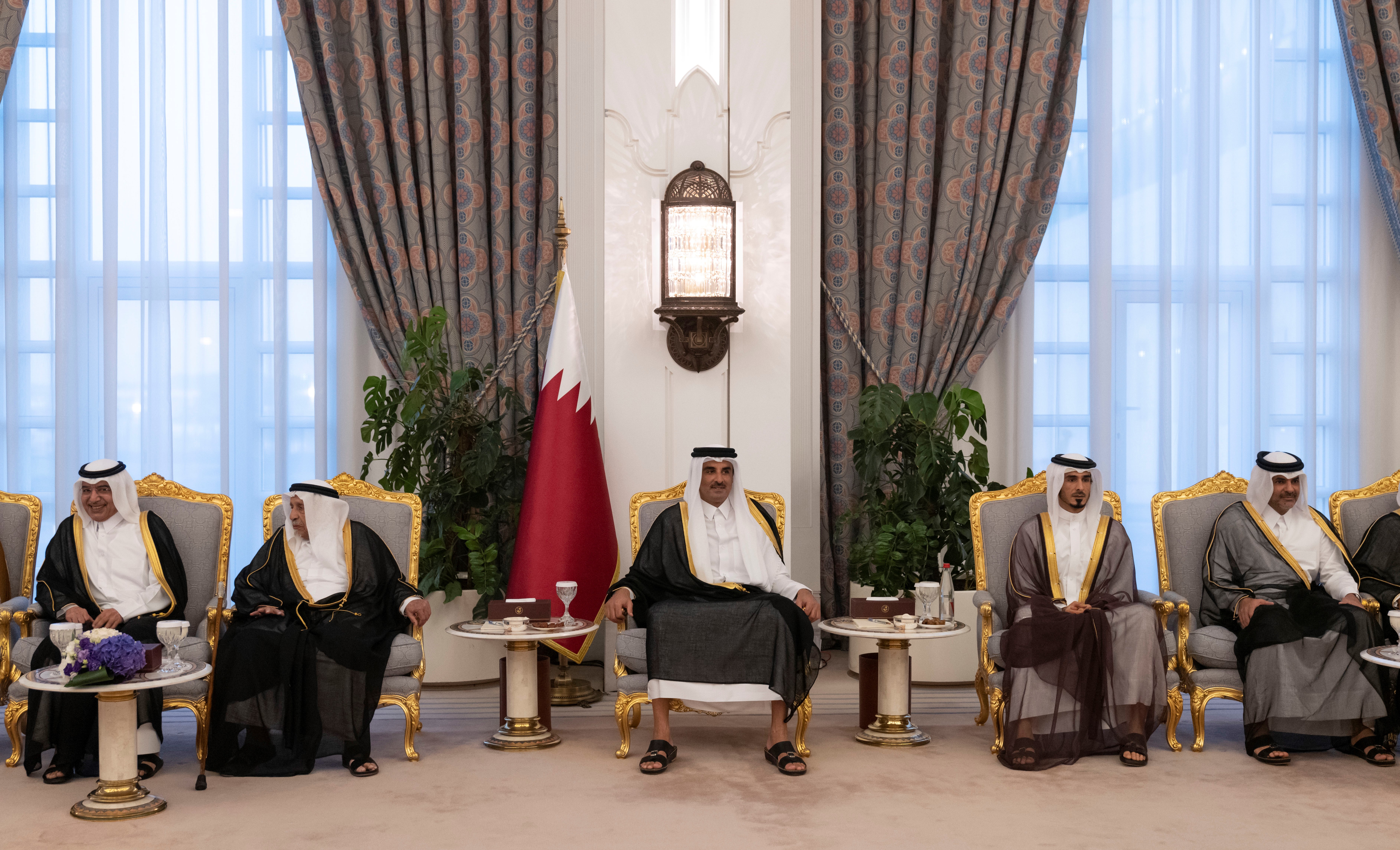 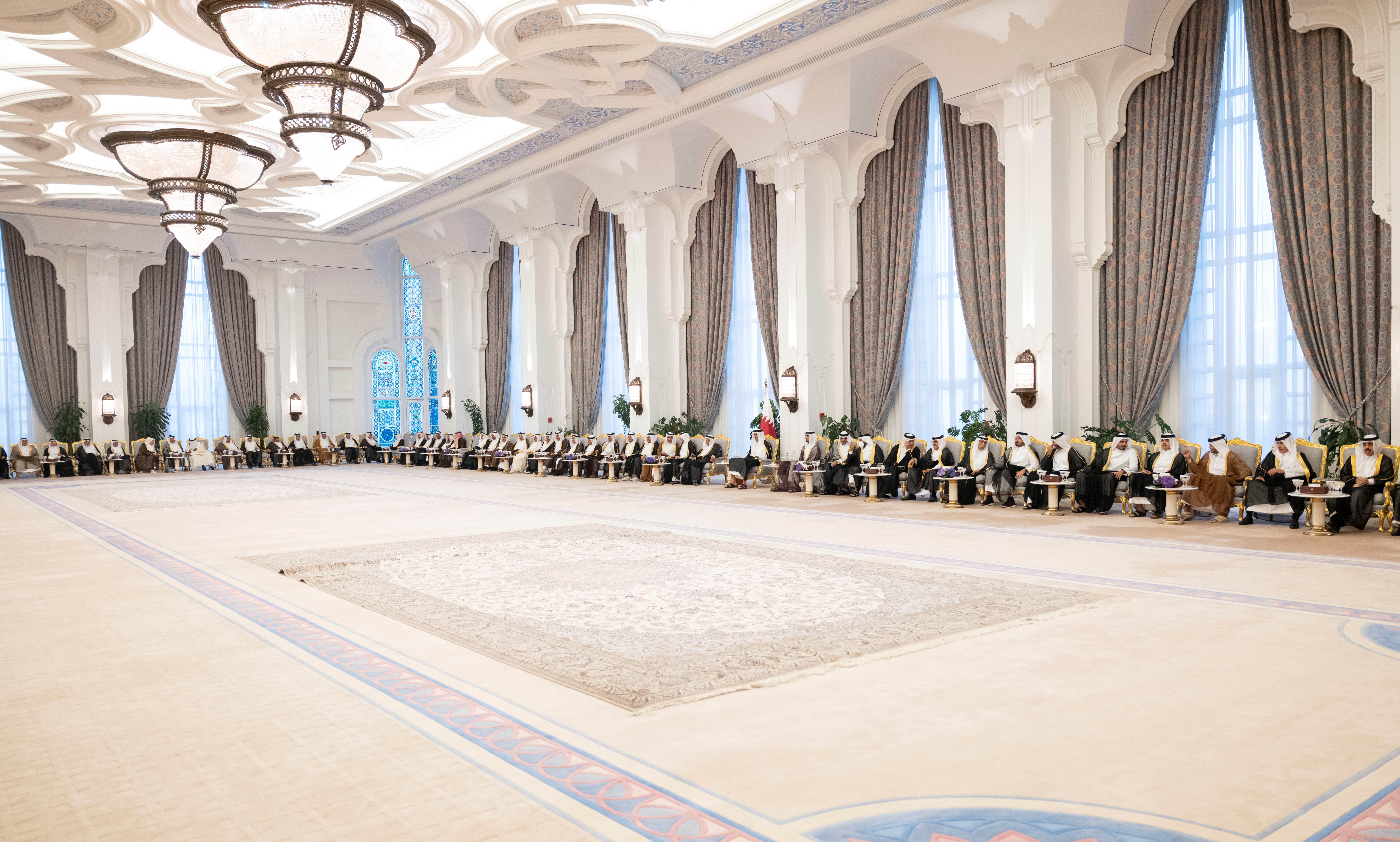 His Highness The Amir Sheikh Tamim bin Hamad Al Thani hosted today an Iftar banquet for Their Excellencies members of the ruling family, and dignitaries, on the occasion of the holy month of Ramadan, at the Amiri Diwan.