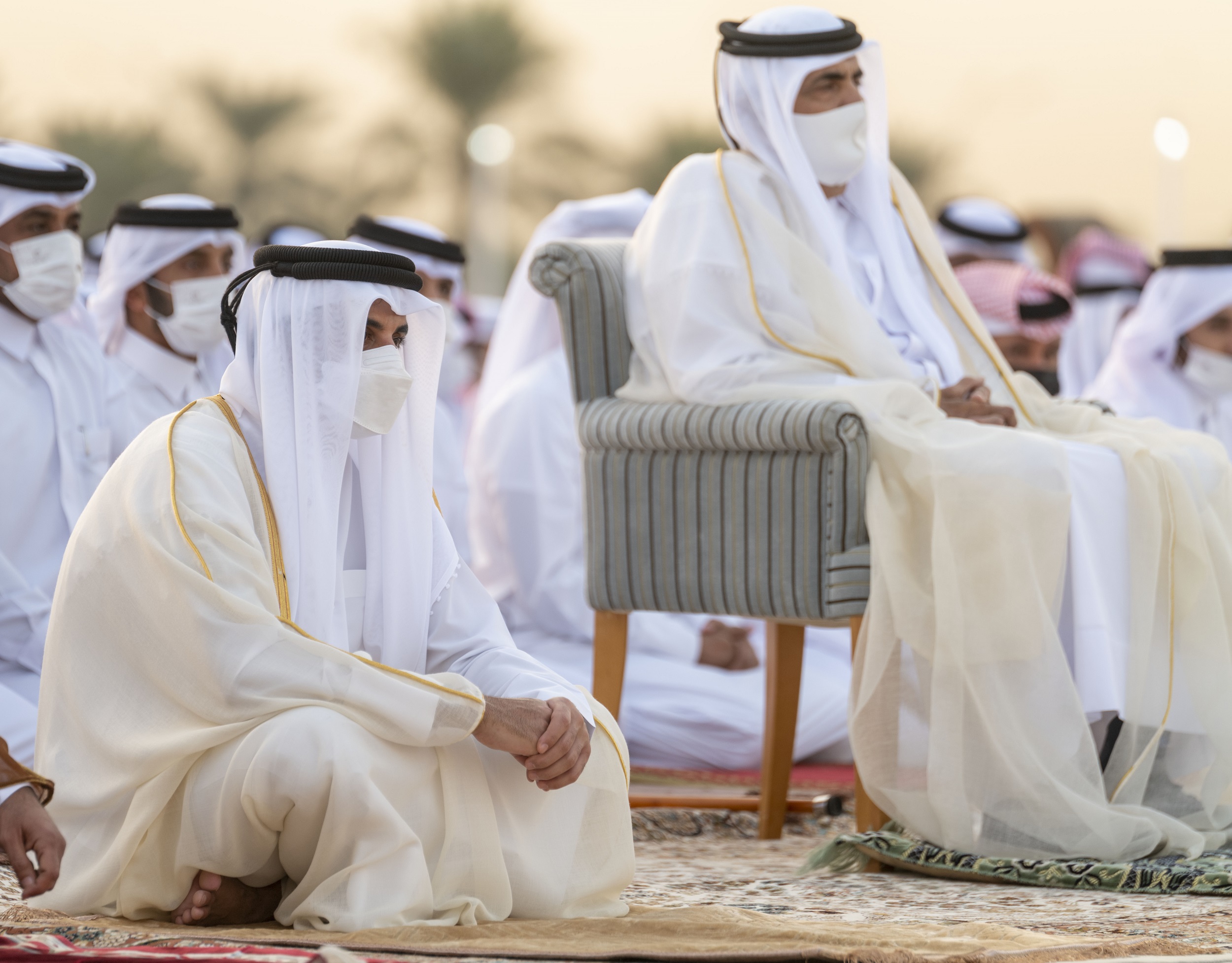 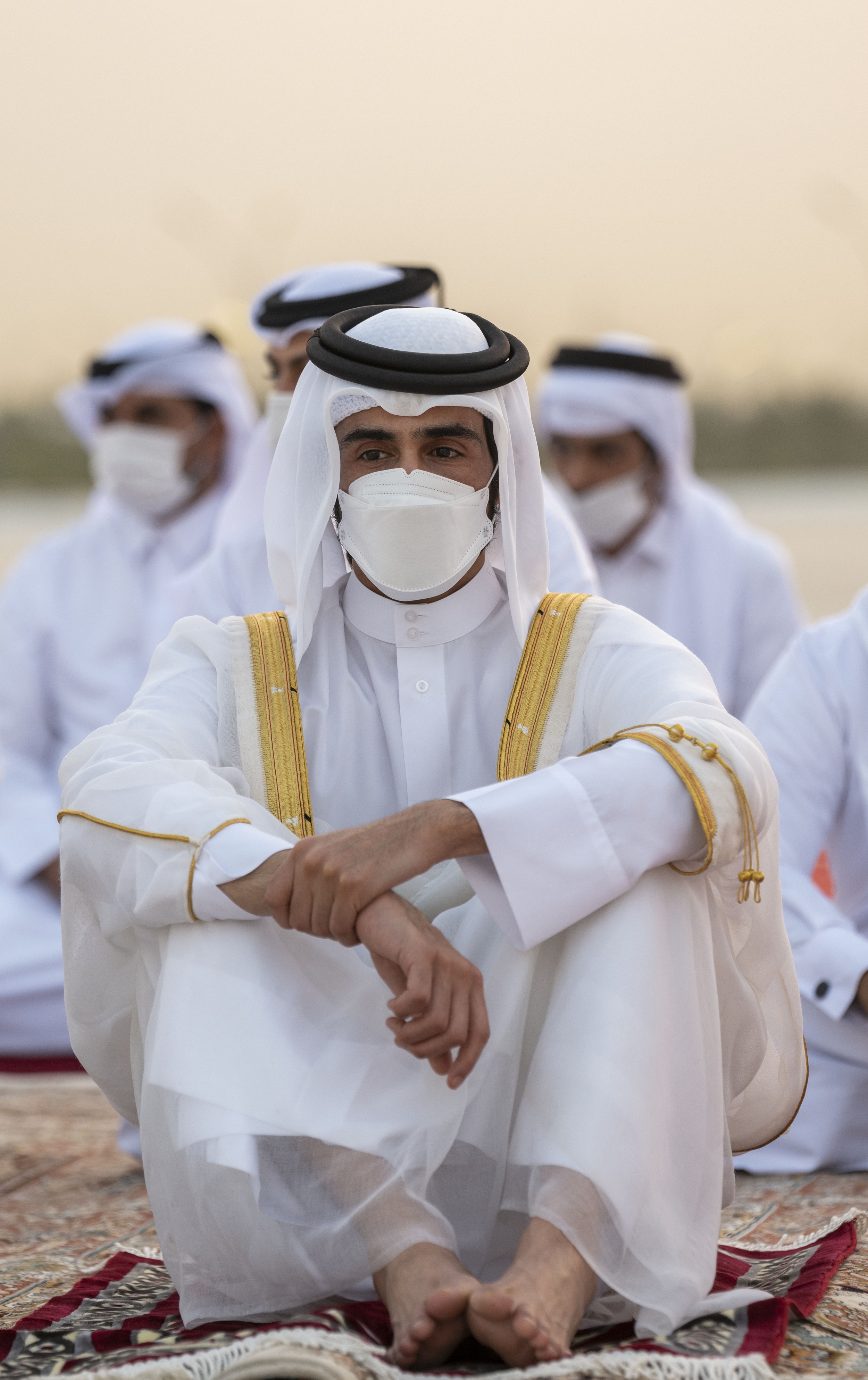 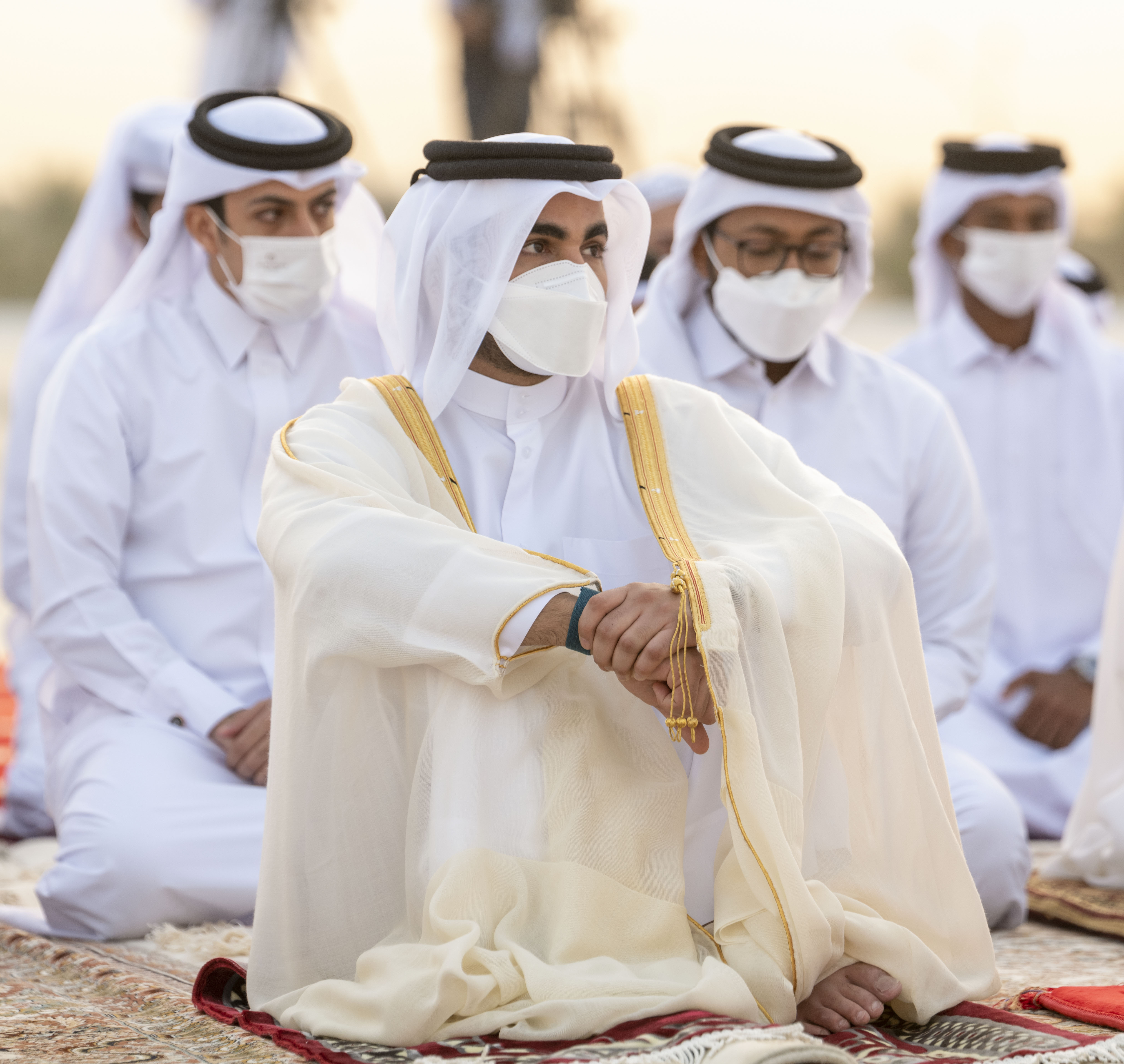 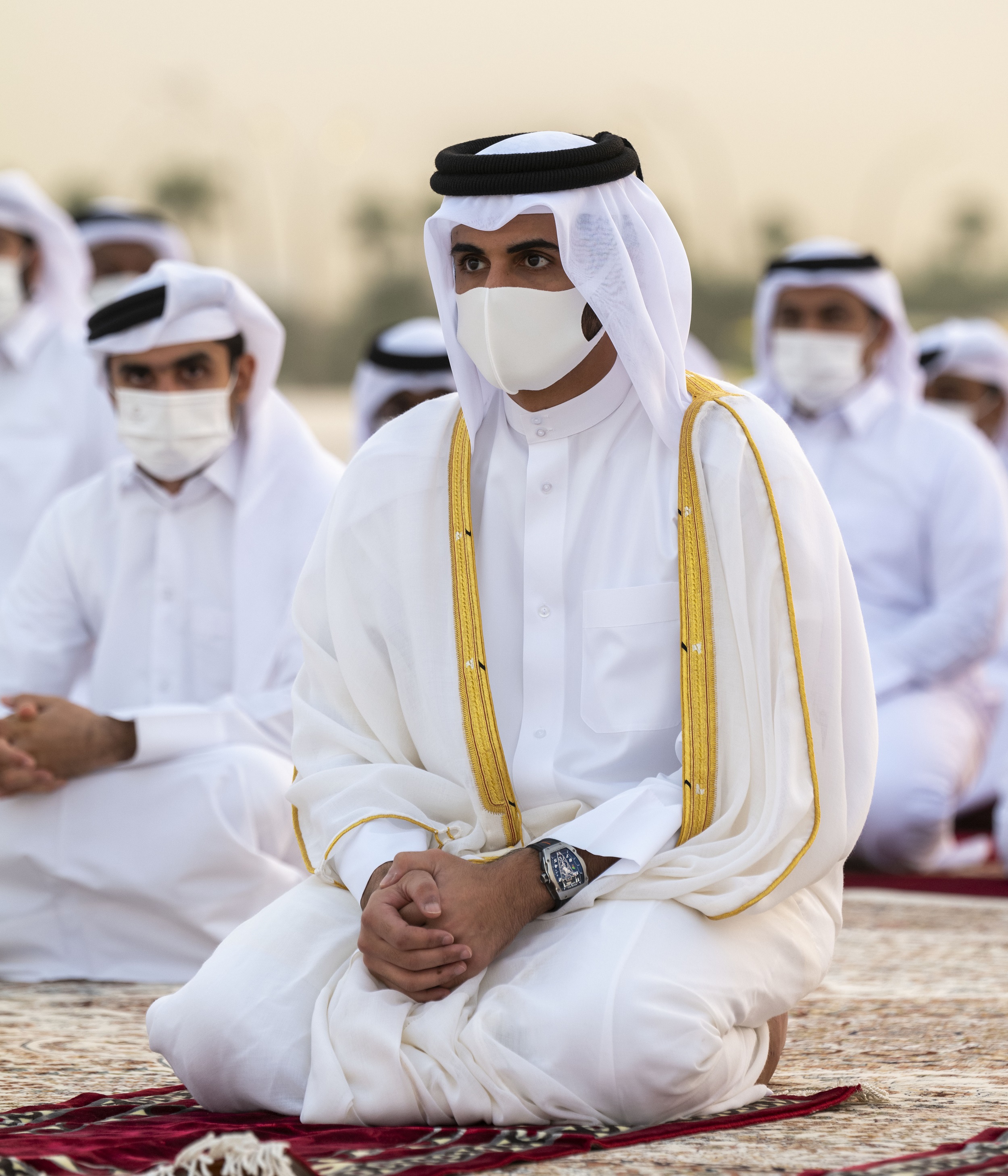 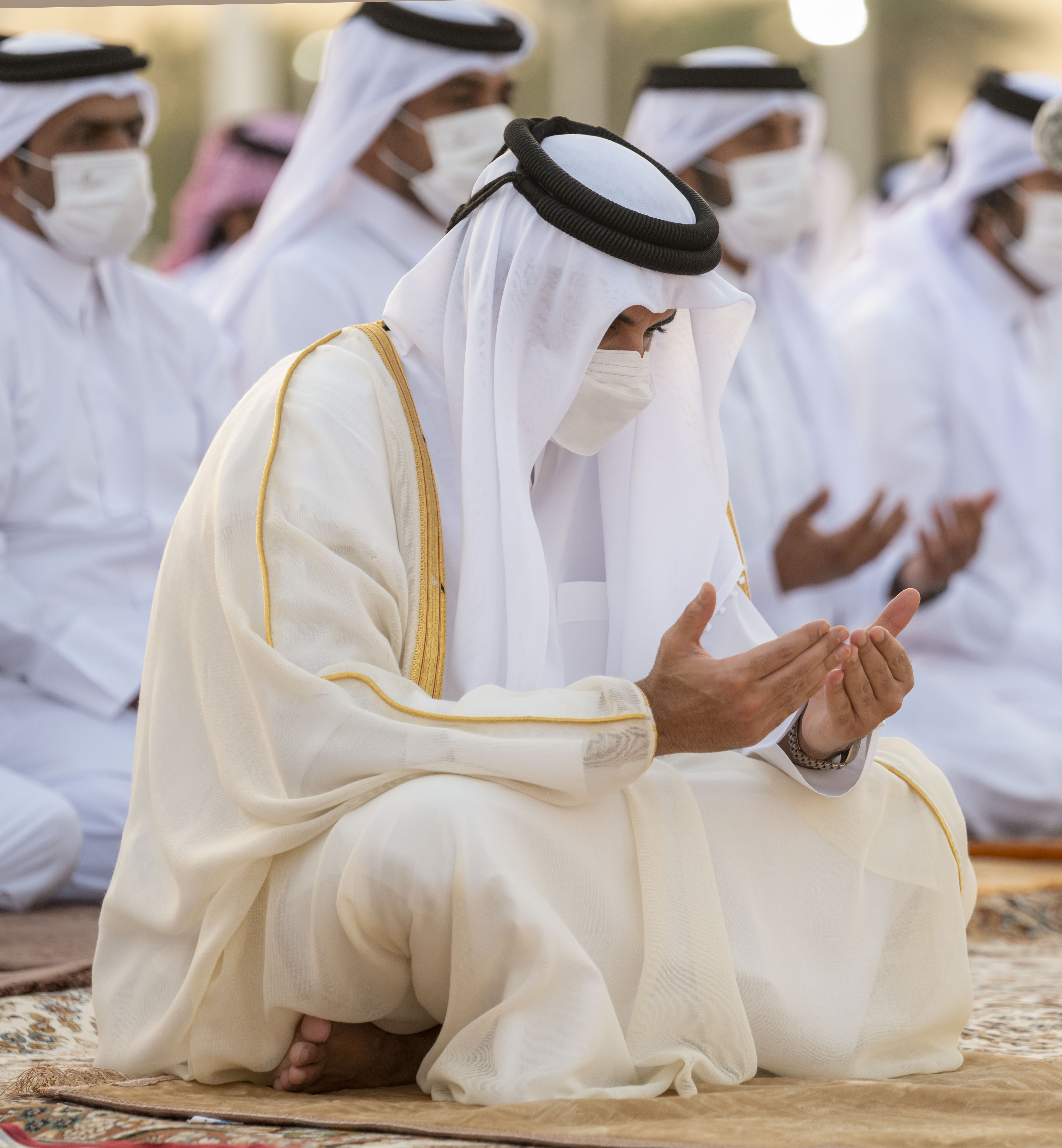 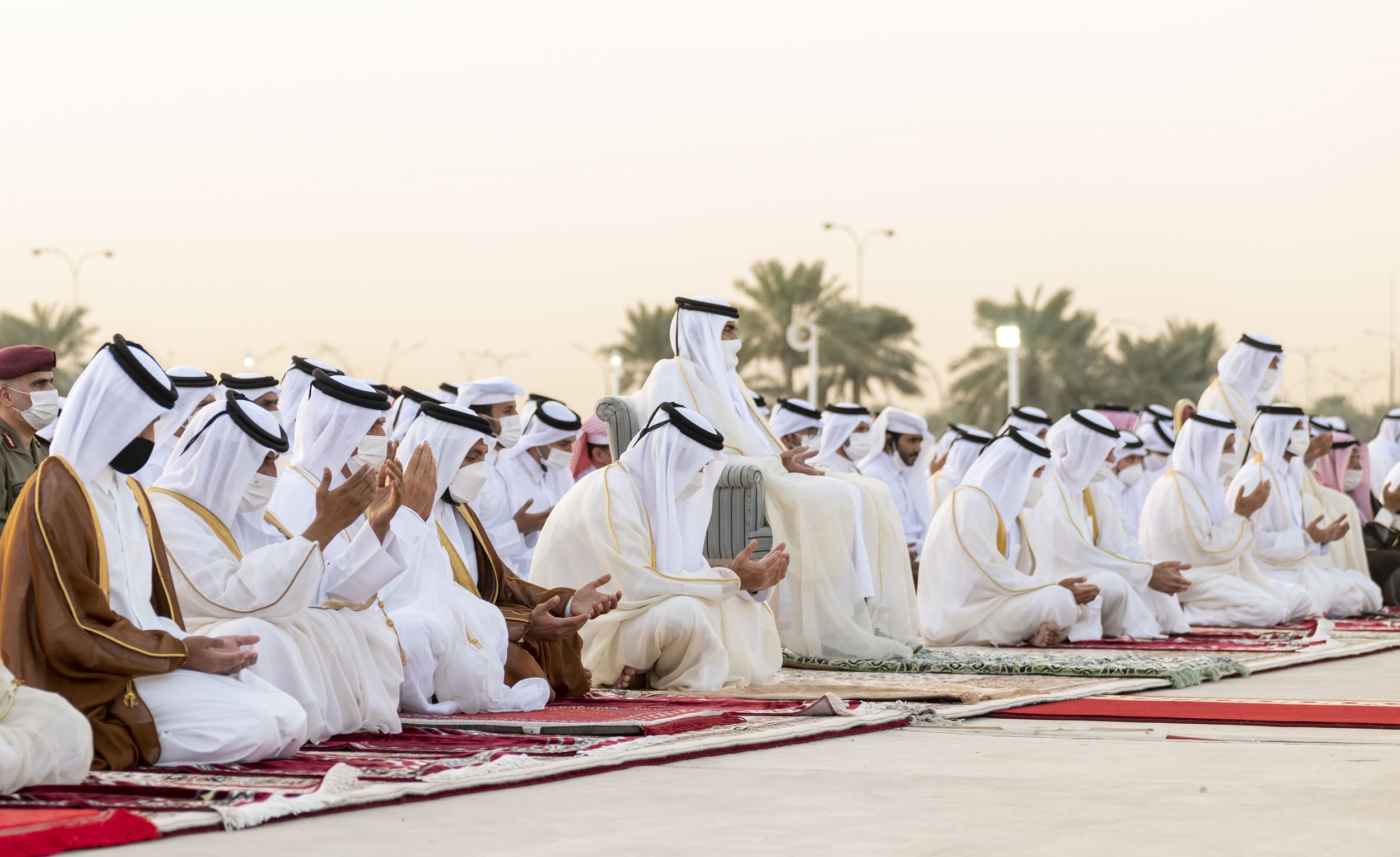 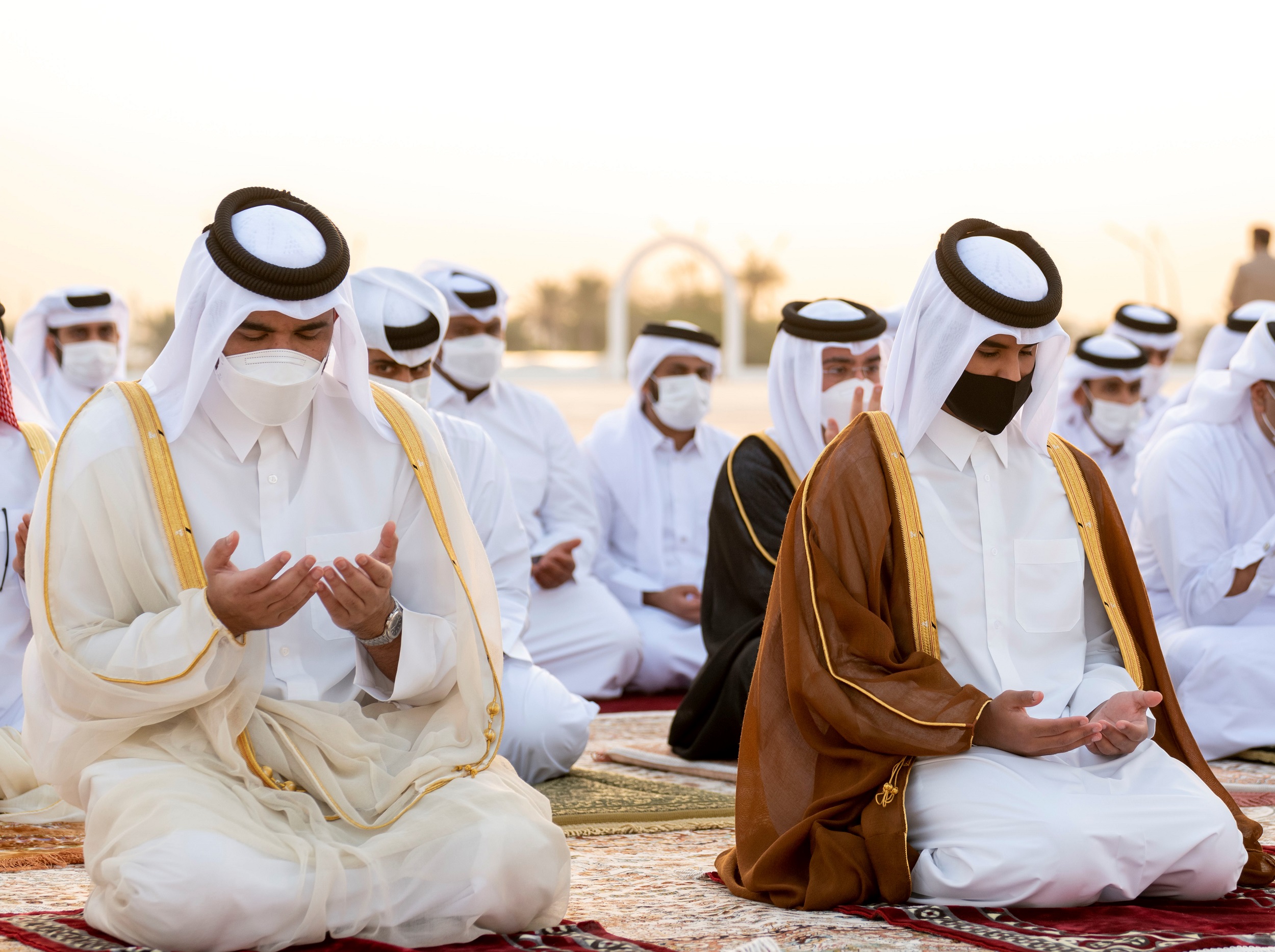 His Highness The Amir Sheikh Tamim bin Hamad Al Thani performed the Istisqa (rain-seeking) prayer along with worshipers at Al-Wajba prayer ground on Thursday morning, in revival of the Sunnah of Prophet Mohammed (Peace Be Upon Him), praying to Allah the Almighty for rainfall.

HE Speaker of the Shura Council Hassan bin Abdullah Al Ghanim, and a number of Their Excellencies Sheikhs and Ministers along with citizens also joined the prayer.

In a sermon after the prayer, the Judge at the Court of Cassation and Member of the Judicial Supreme Council Dr. Thaqeel Sayer Al Shammari, who led the prayer, urged the worshippers to repent, pray for Allah forgiveness and ask for rain in line with the Sunnah of the Prophet Mohammed (Peace Be Upon Him).

Dr. Al Shammari also urged people to purify their money and to pay Zakat and give alms, which are one of the reasons for rainfall.