HH The Amir Attends Final of the Amir Cup 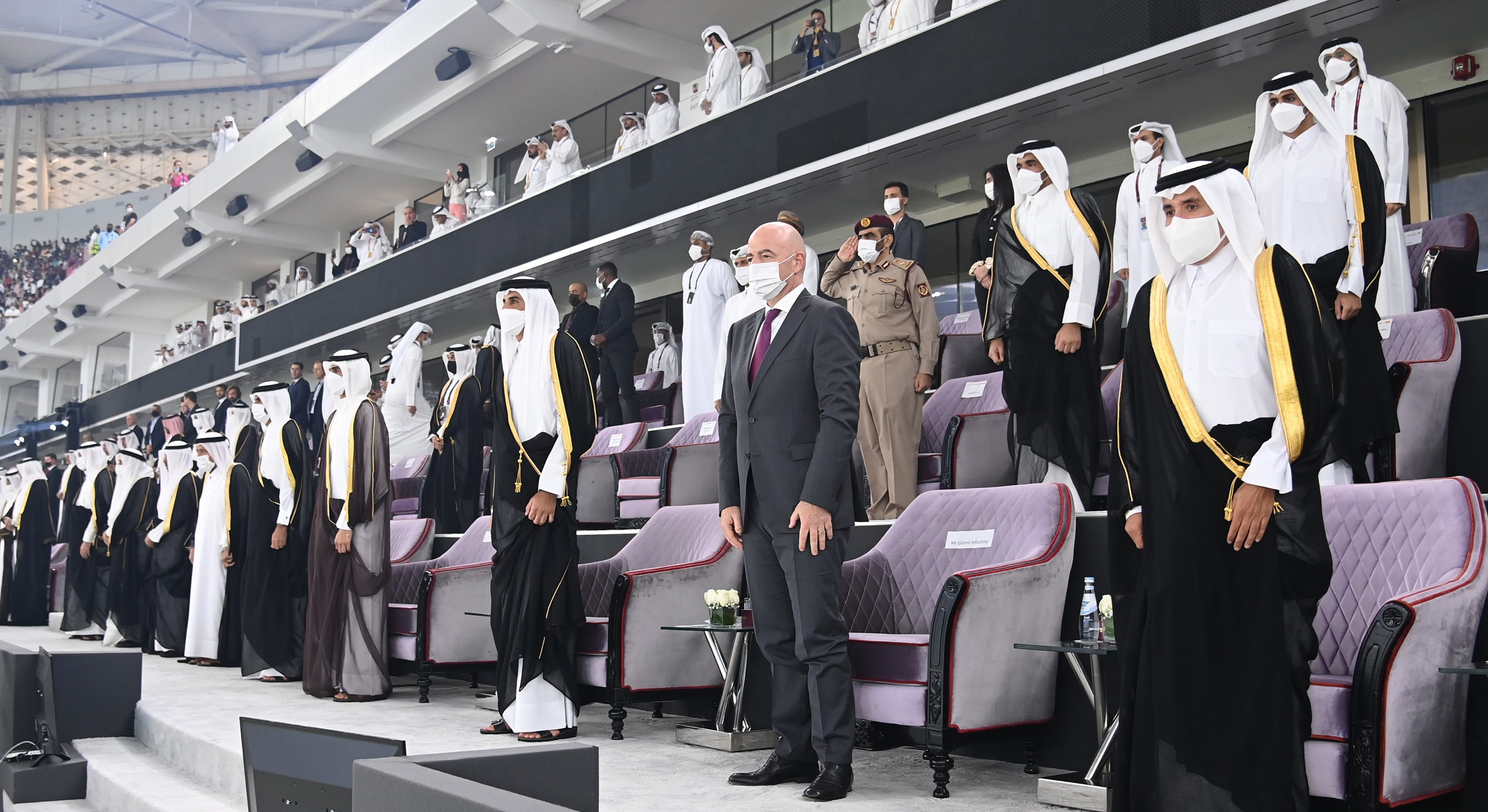 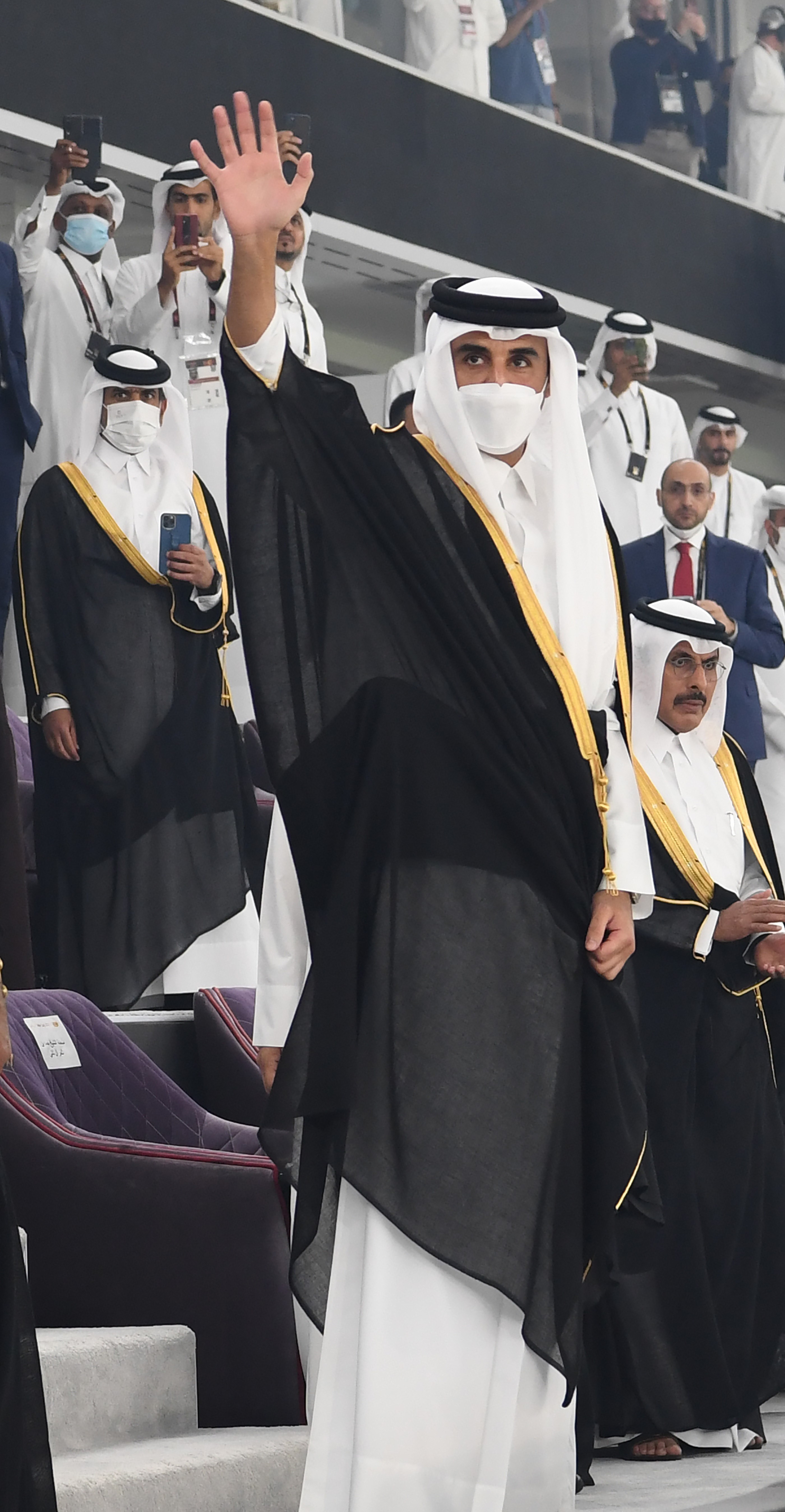 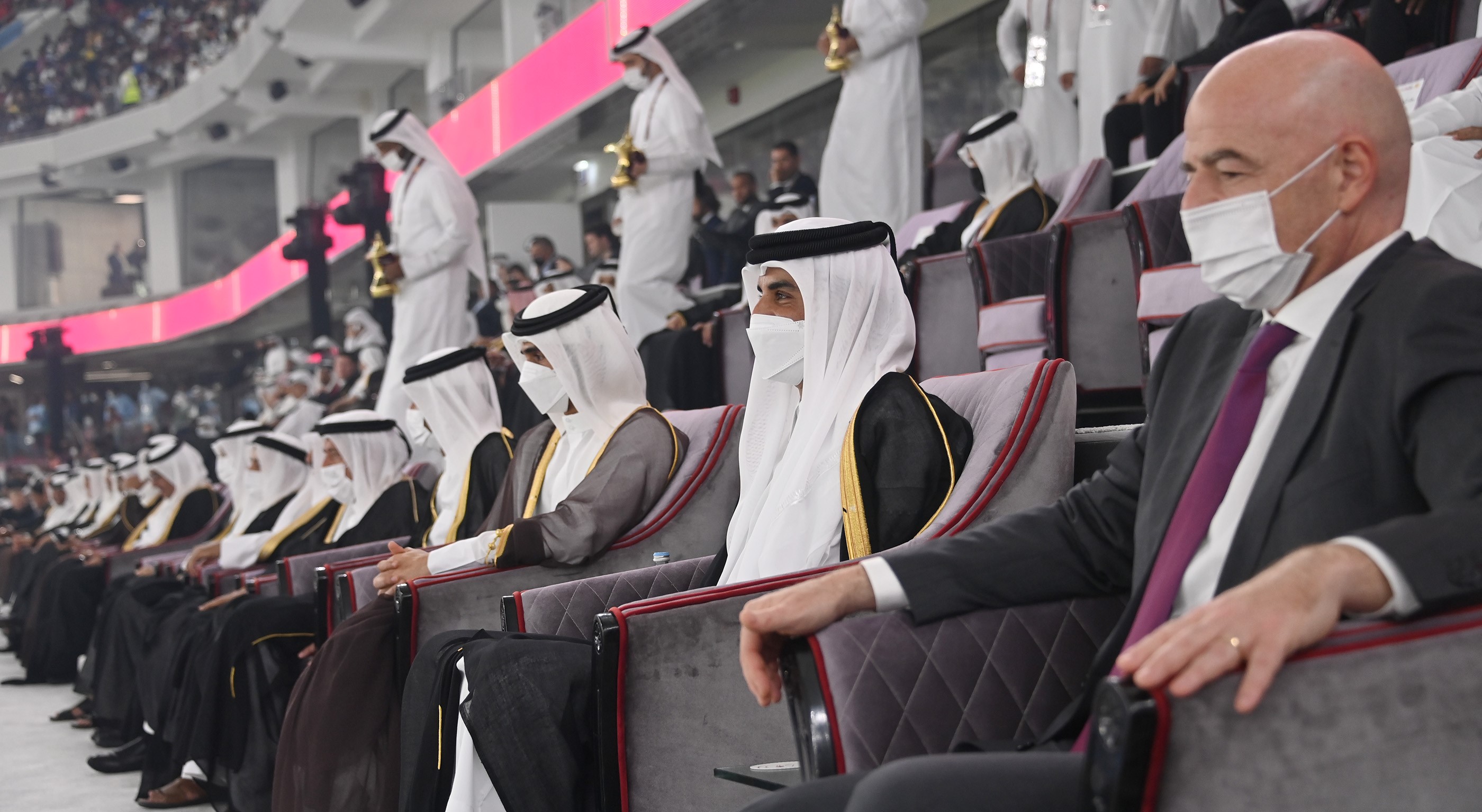 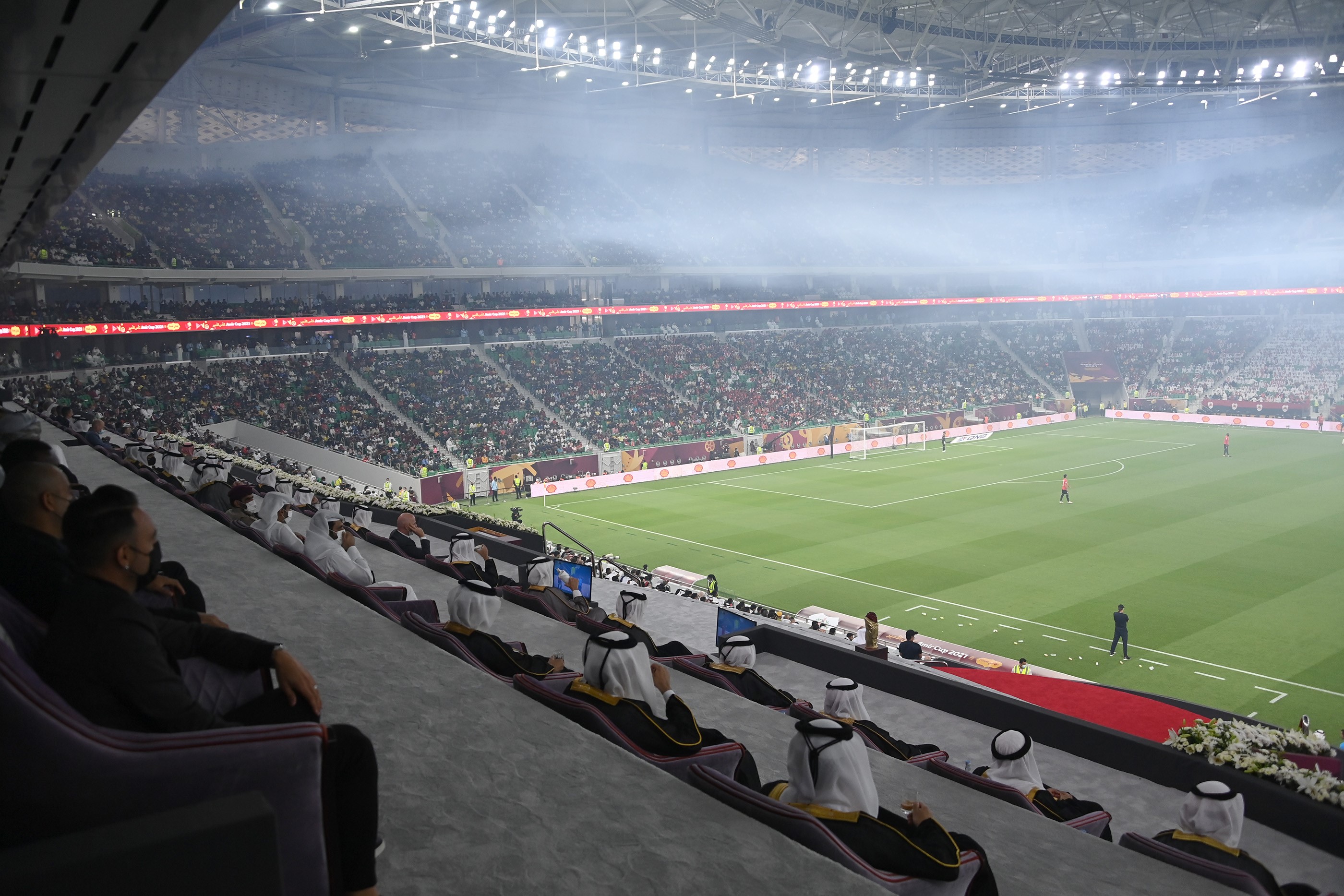 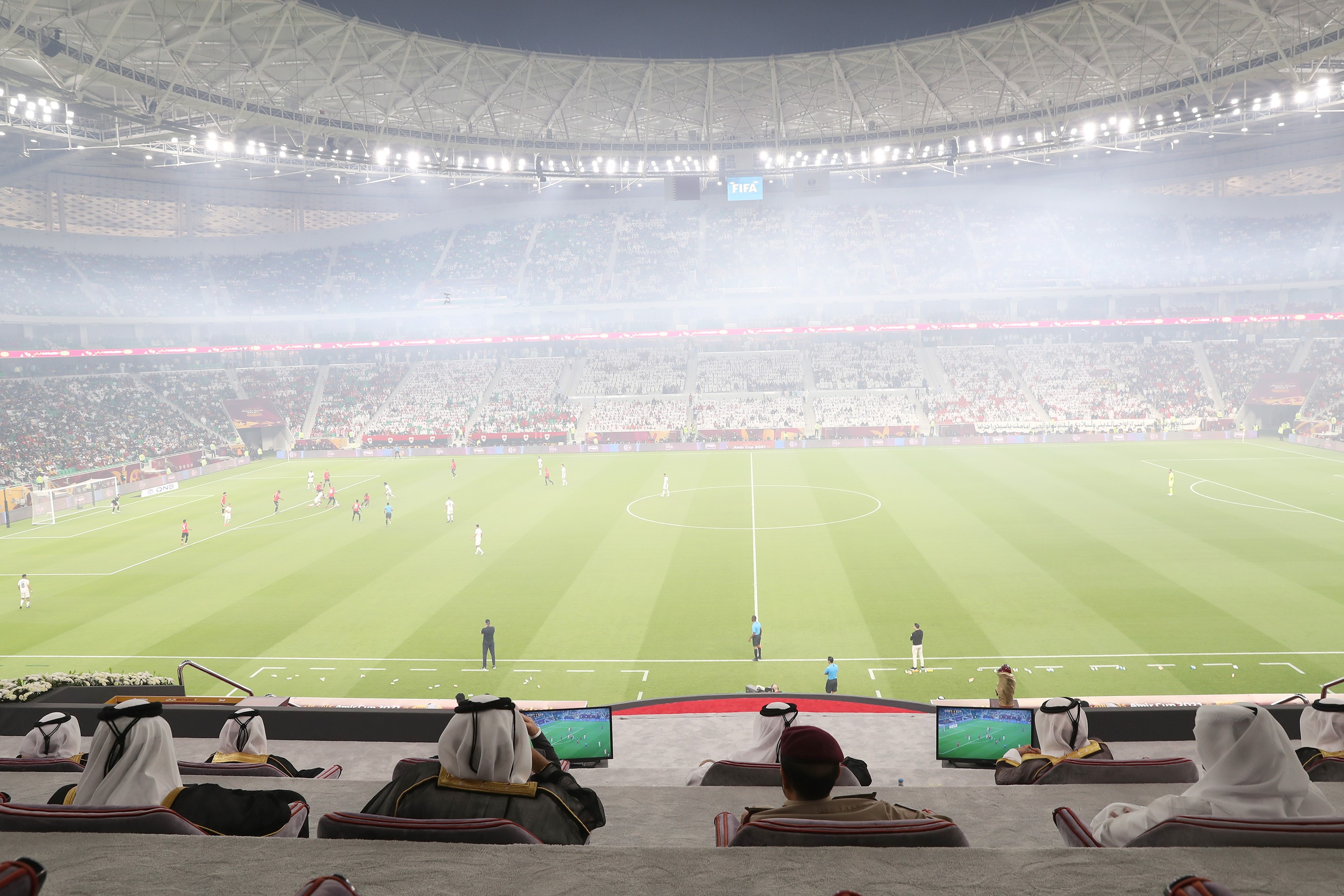 His Highness The Amir Sheikh Tamim bin Hamad Al Thani attended the final of HH The Amir Cup 2021 that took place between Al Sadd and Al Rayyan at Al Thumama Stadium that was inaugurated this evening.

The final was also attended by HE FIFA President Gianni Infantino, a number of heads of Arab and international sports associations, members of the press and media, and football fans.

Al Sadd defeated Al Rayyan in a penalty shootout 5-4, after the end of original time with a 1-1 draw.

Following the conclusion of the match, HH The Amir handed the trophy and gold medals to Al Sadd team and the silver medals to Al Rayyan team.