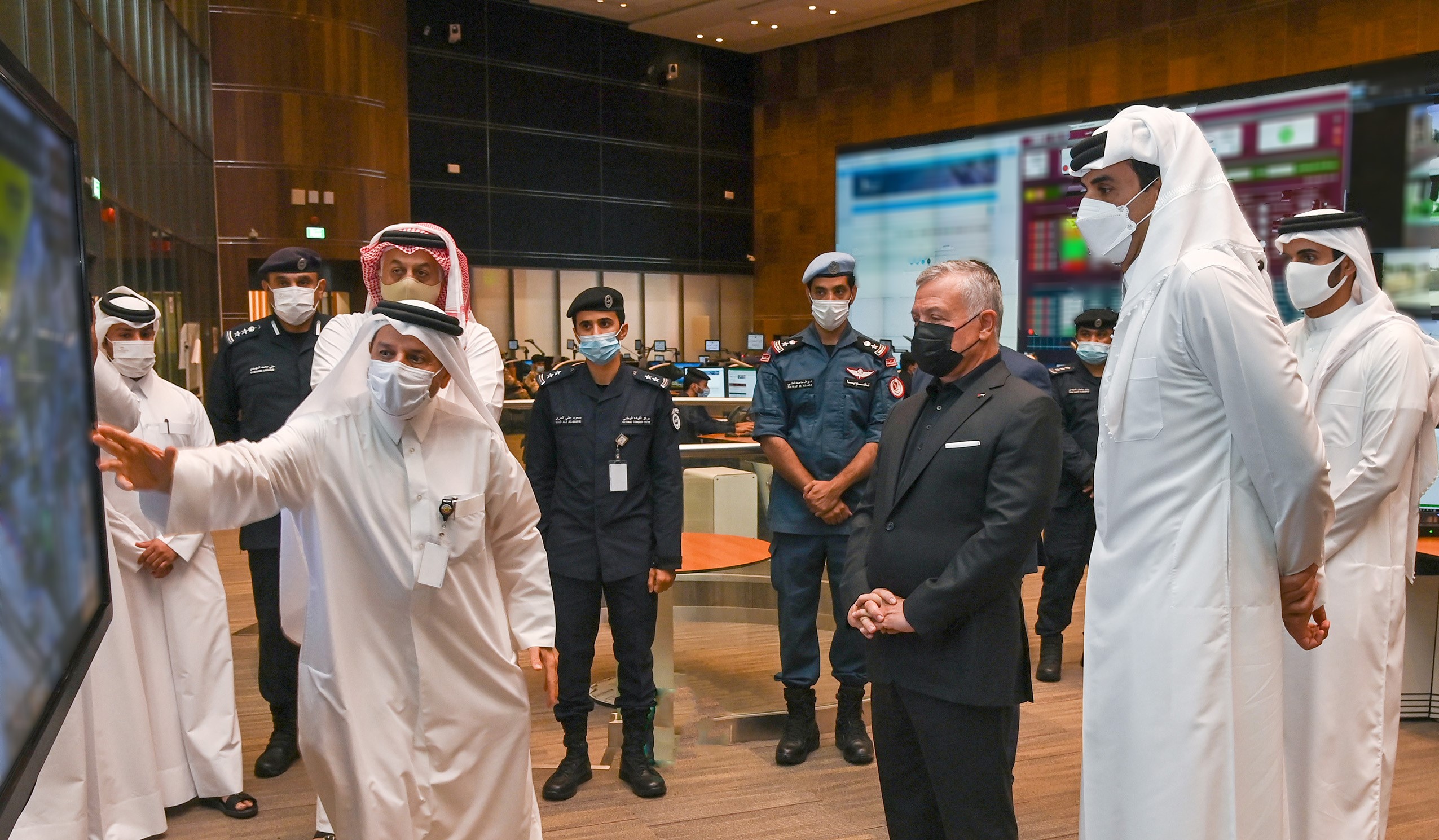 During the visit, HH The Amir and HM King of Jordan listened to an explanation about the center's specializations and the nature of the tasks and roles it performs within its strategic plans, especially its dealing with incidents and crisis management. They were also briefed on the latest technical means used in the field of security systems, especially the center's preparations to secure the FIFA World Cup Qatar 2022.

HH The Amir and HM King of Jordan were accompanied during the visit by a number of Their Excellencies the ministers and senior officials of the Ministry of Interior, and members of the official delegation accompanying HM the King.