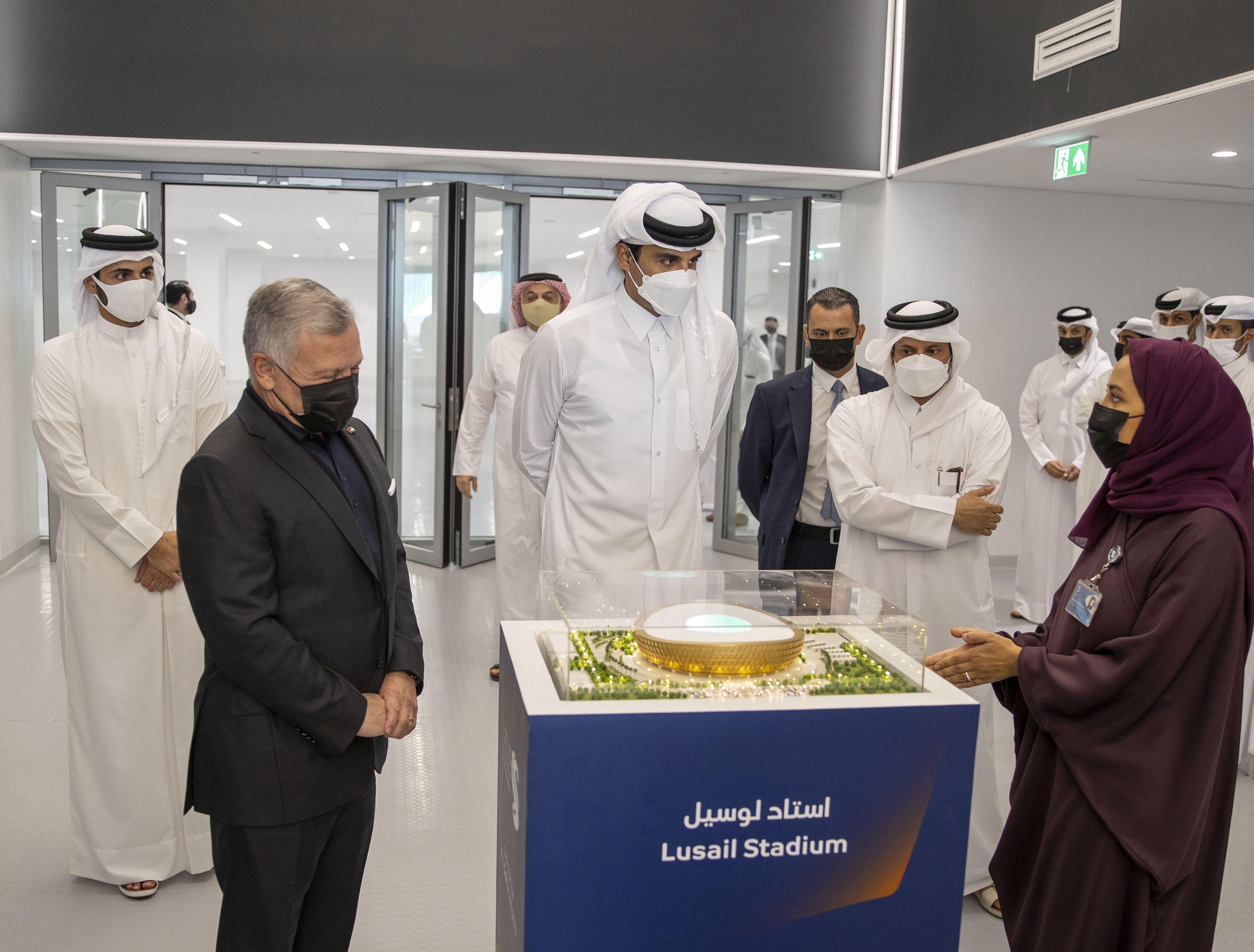 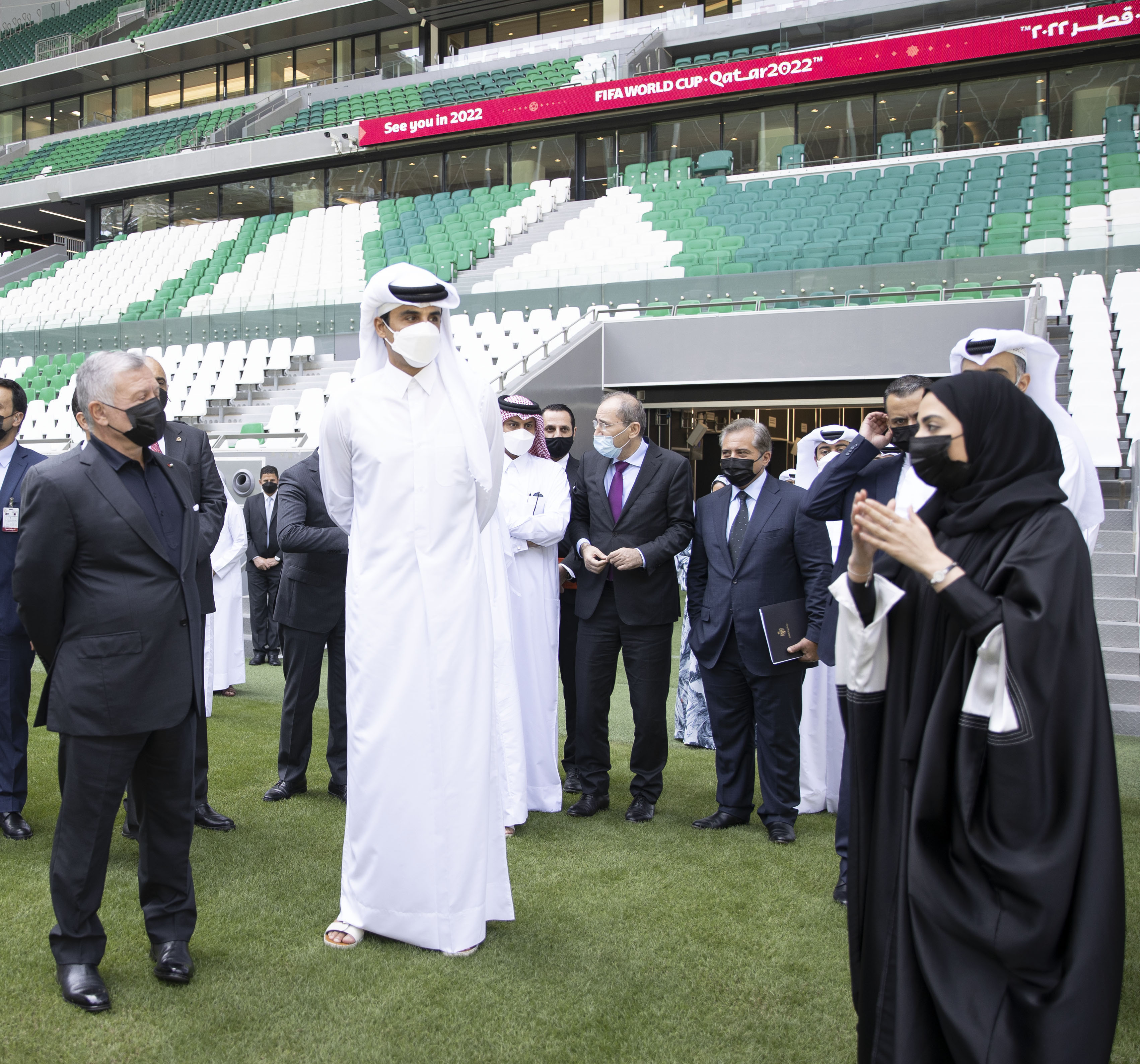 His Highness The Amir Sheikh Tamim bin Hamad Al Thani and HM King Abdullah II bin Hussein of the Hashemite Kingdom of Jordan visited this morning Education City Stadium, which will host FIFA World Cup 2022 matches up to the quarter-finals.

HH The Amir and HM the King listened to a briefing on the facilities contained in the stadium, and its architectural design which is in line with the highest international standards.

HH The Amir and HM the King were accompanied during their visit by a number of Their Excellencies the Ministers, and a number of ranking officials at the Supreme Committee for Delivery and Legacy, and on the Jordanian side by members of the official delegation accompanying HM the King.