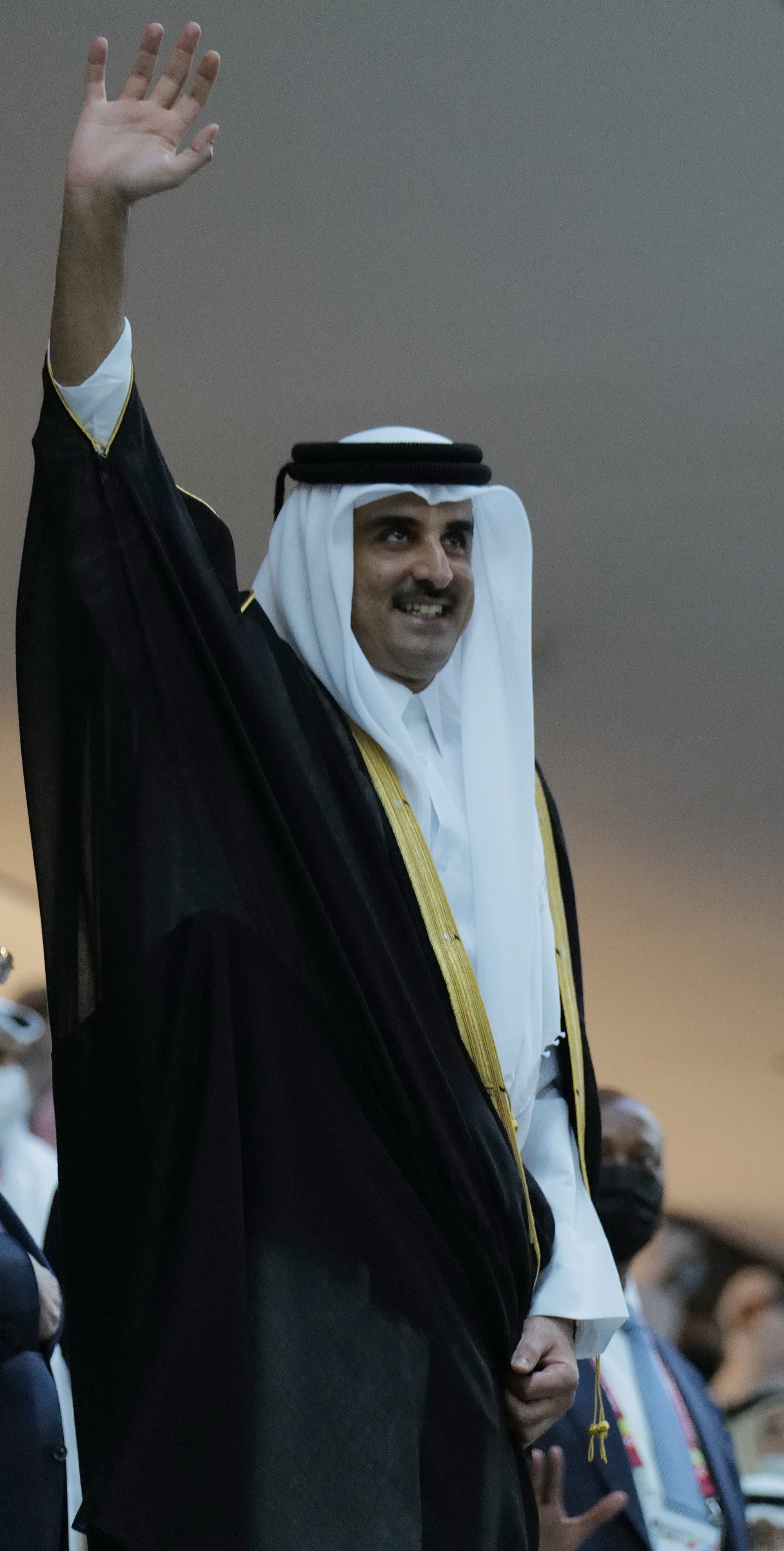 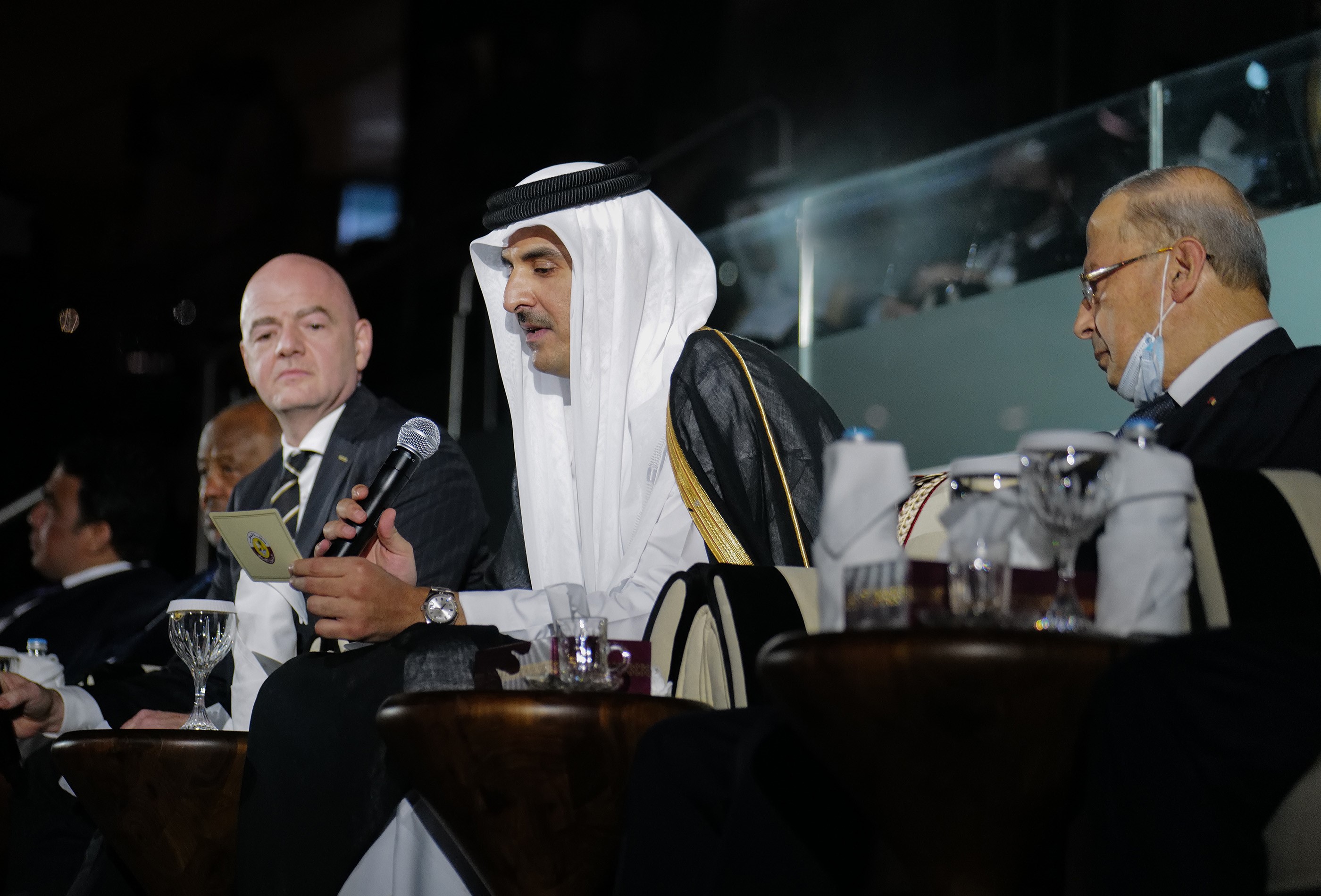 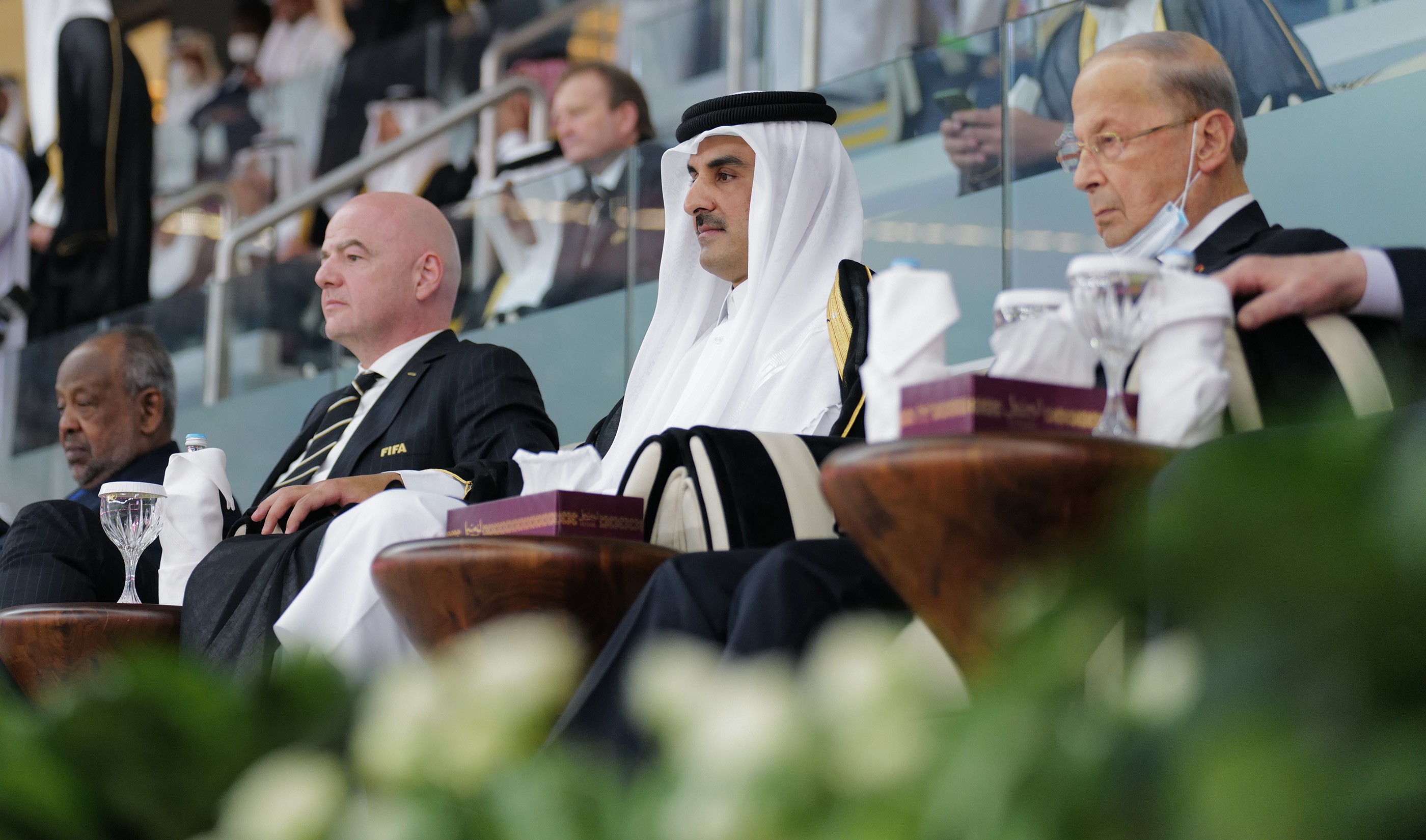 HH The Amir announced the inauguration of the tournament, saying "In the name of God and with God's Blessings, I declare the opening of the FIFA Arab Cup Qatar 2021, wishing all national teams well. All Arabs are welcome to the Doha of all Arabs."

The opening was also attended by HE FIFA President Gianni Infantino, HE Secretary-General of the Cooperation Council for the Arab States of the Gulf Dr. Nayef Falah Mubarak Al Hajraf , heads of Olympic committees, HE Sheikh Salman bin Ibrahim Al Khalifa, President of the Asian Football Confederation and federations in Arab countries, Their Excellencies heads of diplomatic missions accredited by the state, senior officials in the field of sports, and the public.

The proceedings of the opening ceremony began with a visual presentation of artistic paintings, musical pieces from Arab national anthems, and a tribute to a group of immigrant Arab minds who contributed to the renaissance of the world.

After that, His Highness watched the opening match between the Qatari national football team and the Kingdom of Bahrain, which ended in the Qatari team's victory 1-0.