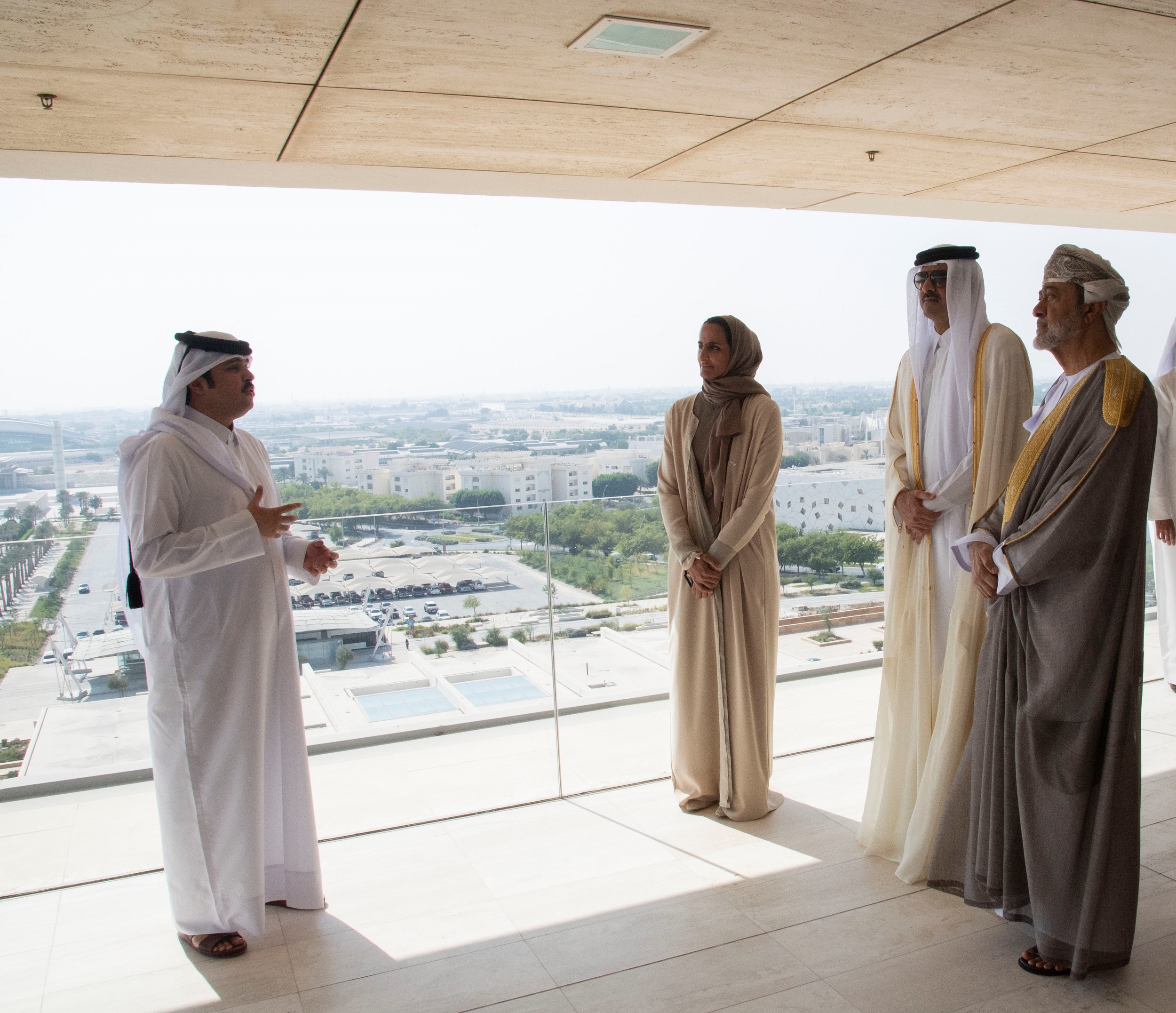 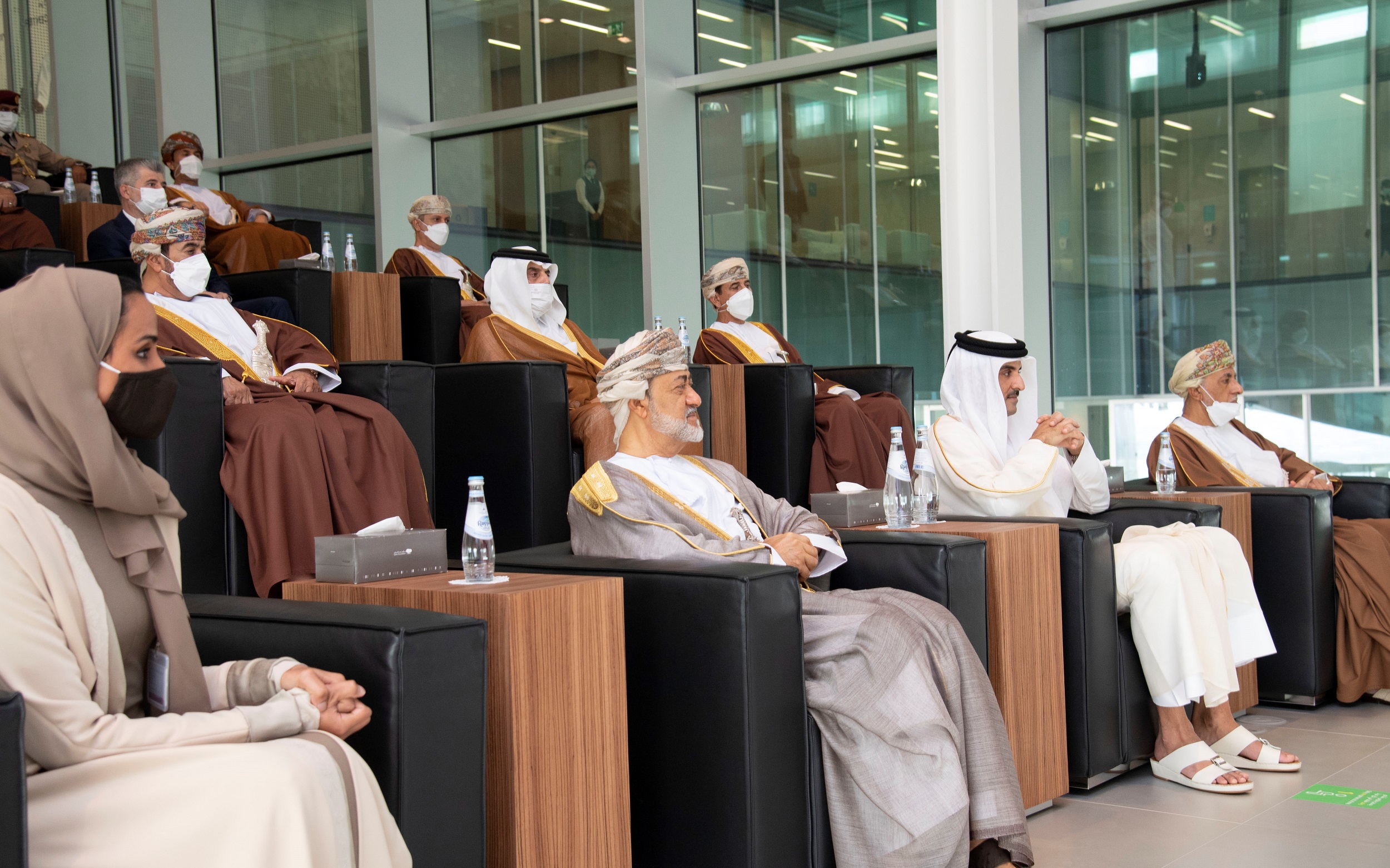 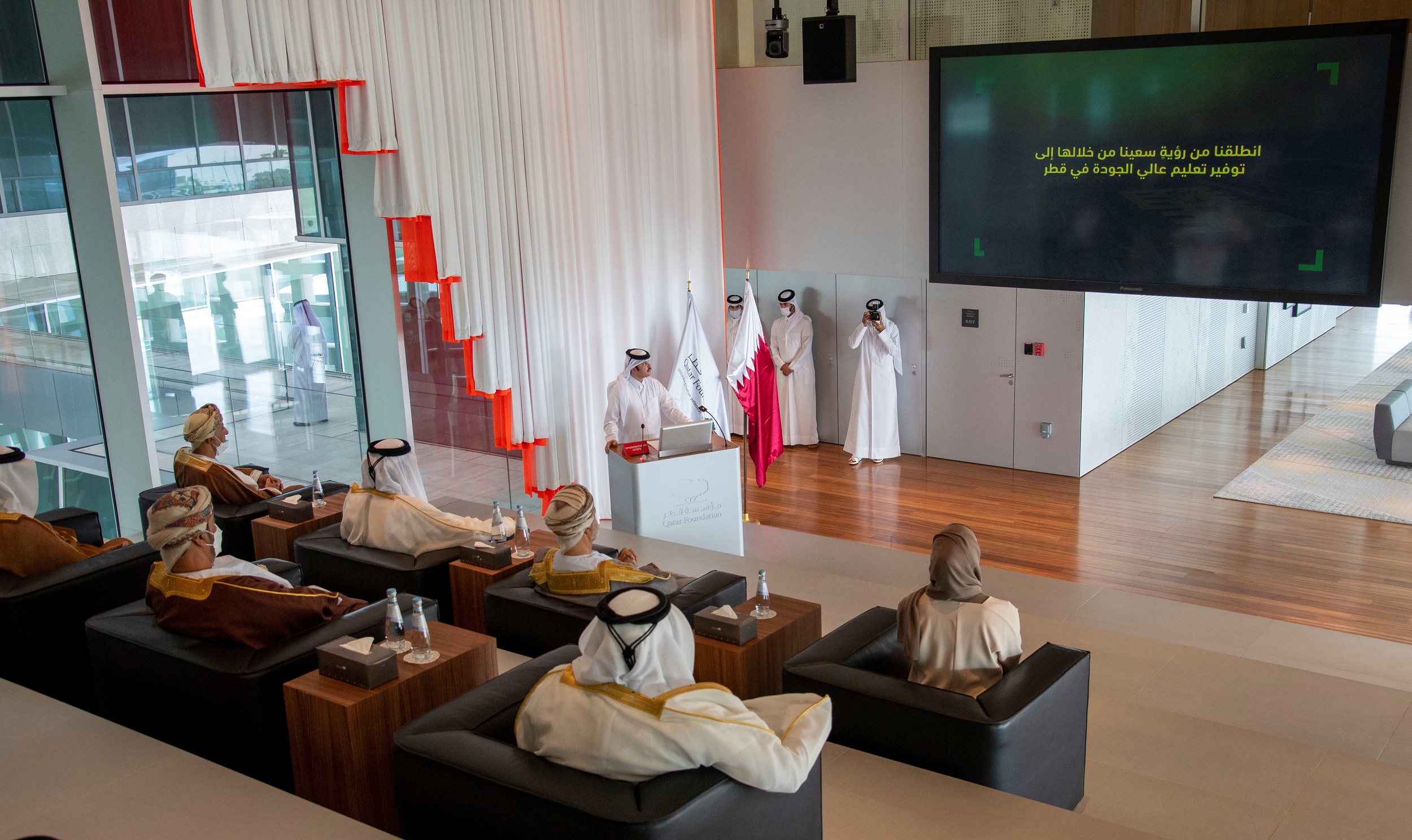 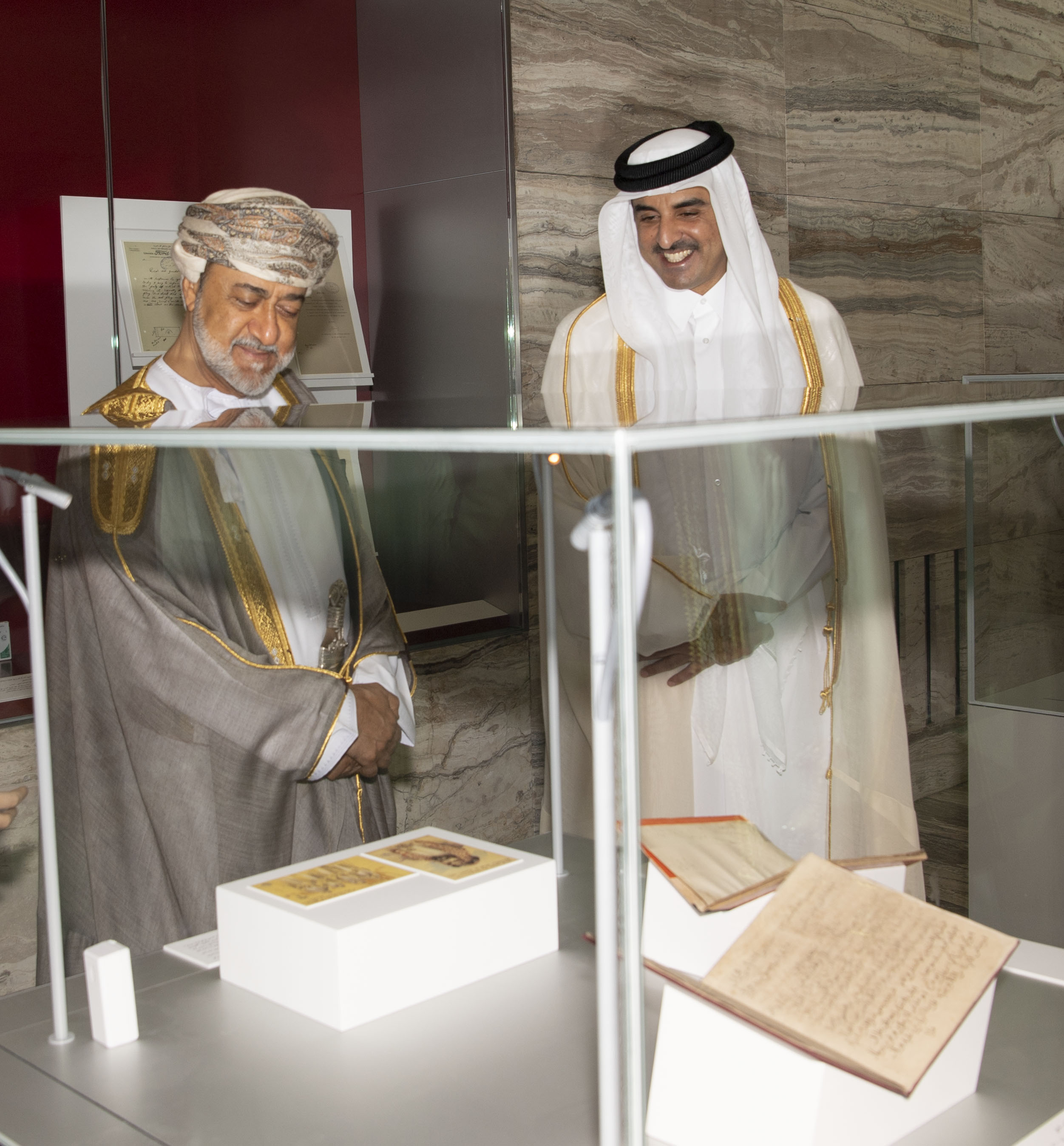 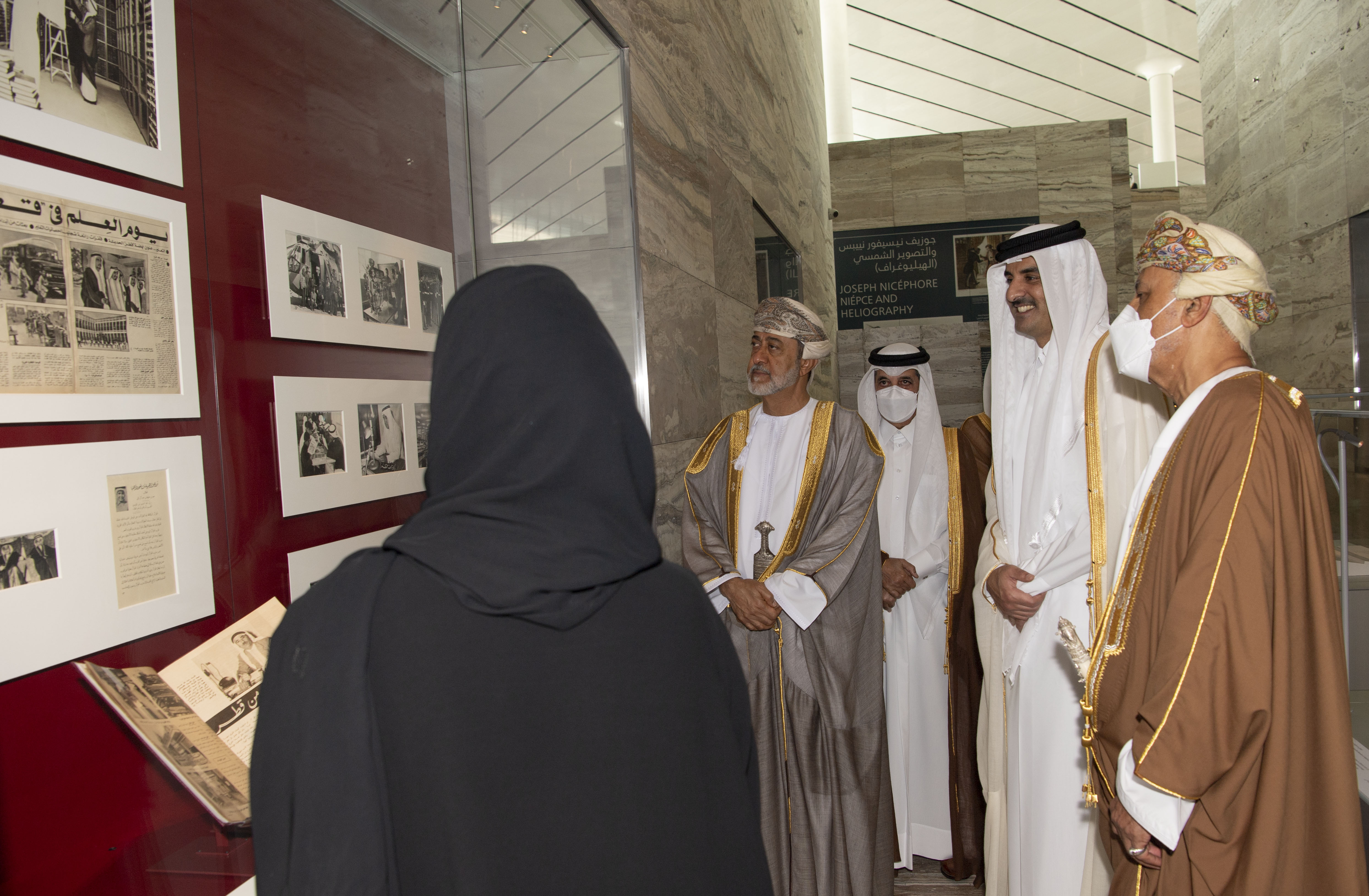 During the visit, HH The Amir and HM the Sultan were briefed on Qatar Foundation's history, stages of development and its strategy in the field of education, research and community service, in addition to an overview of the joint cooperation programs between QF and educational institutions in the Sultanate of Oman.

They also toured the edifices of international universities, research centers and academic facilities of the Foundation.

After that, HH The Amir and HM Sultan of Oman visited Qatar National Library, during which they listened to an explanation about the librarys contents from Arab and international sources of knowledge in various sciences, manuscripts, arts, cultures and the history of the region, especially the Heritage Library and the rare manuscripts and old editions it includes that narrate the history of Qatar, the region and the world, in addition to an explanation about the library building, which reflects the library's vision and message of knowledge.

HH The Amir and HM Sultan of Oman were accompanied by a number of Their Excellencies the Ministers.

From the Omani side, they were accompanied by HH Deputy Prime Minister for Defense Affairs Sayyid Shihab bin Tarik Al Said, and Their Excellencies members of the official delegation.