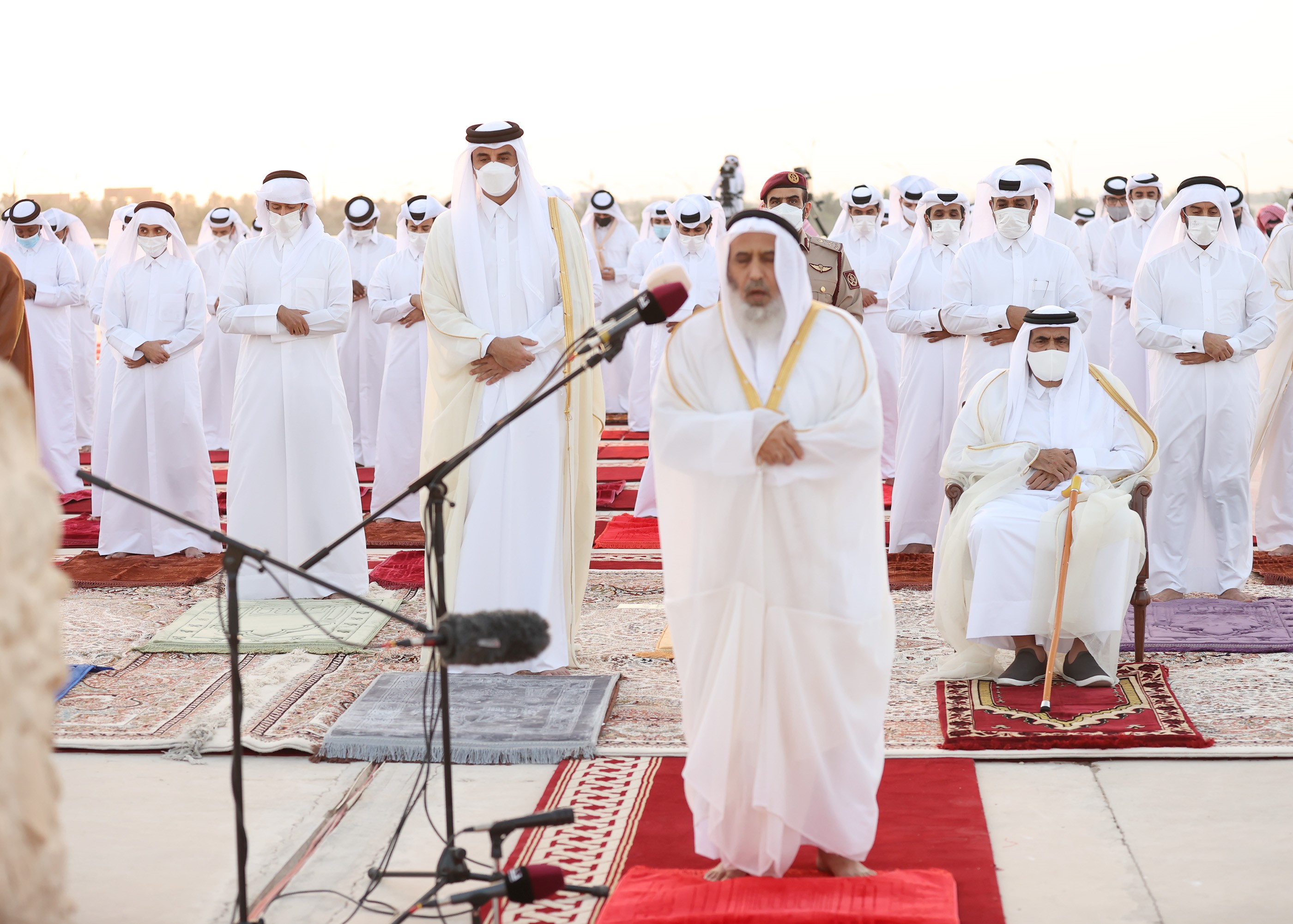 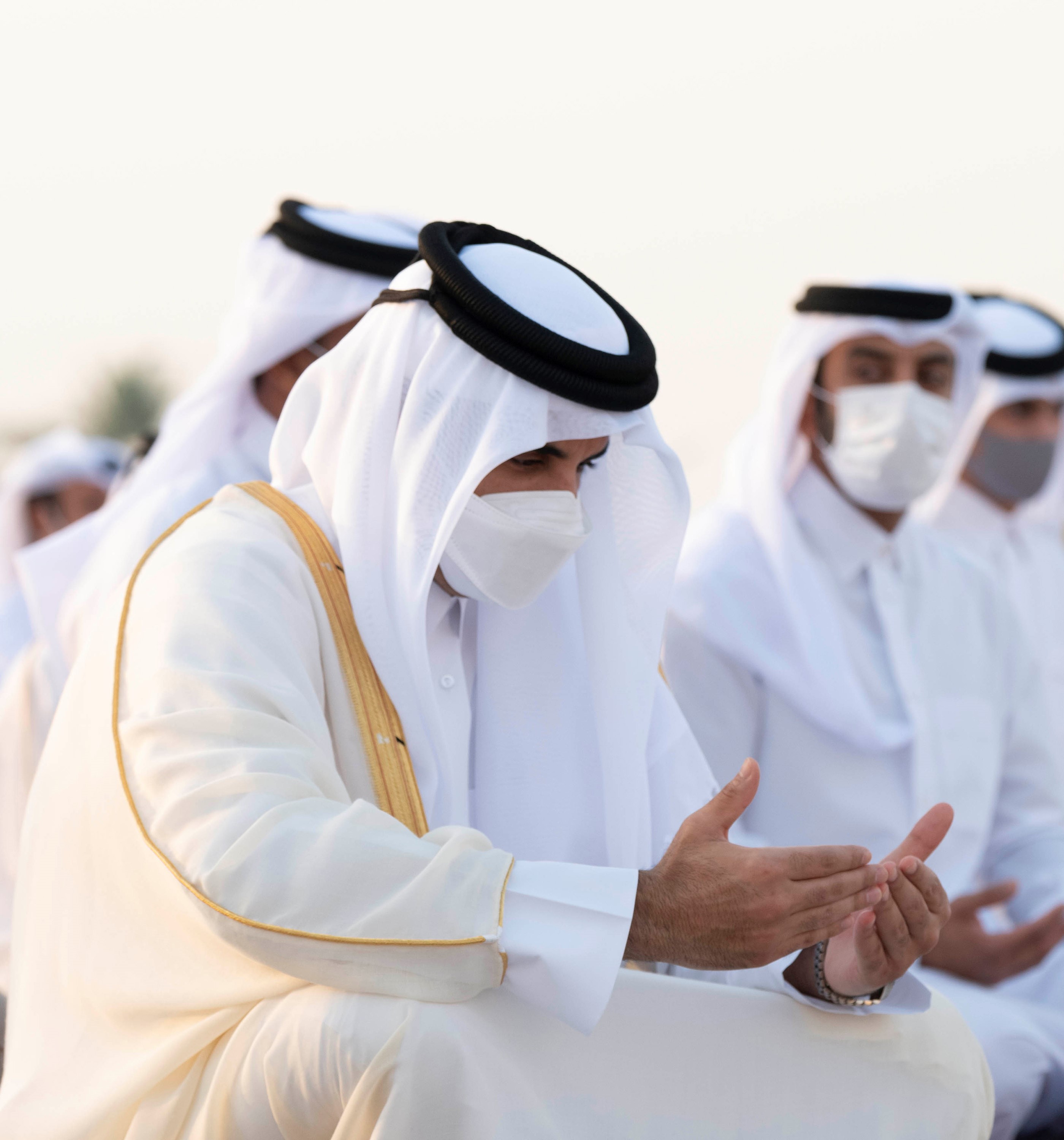 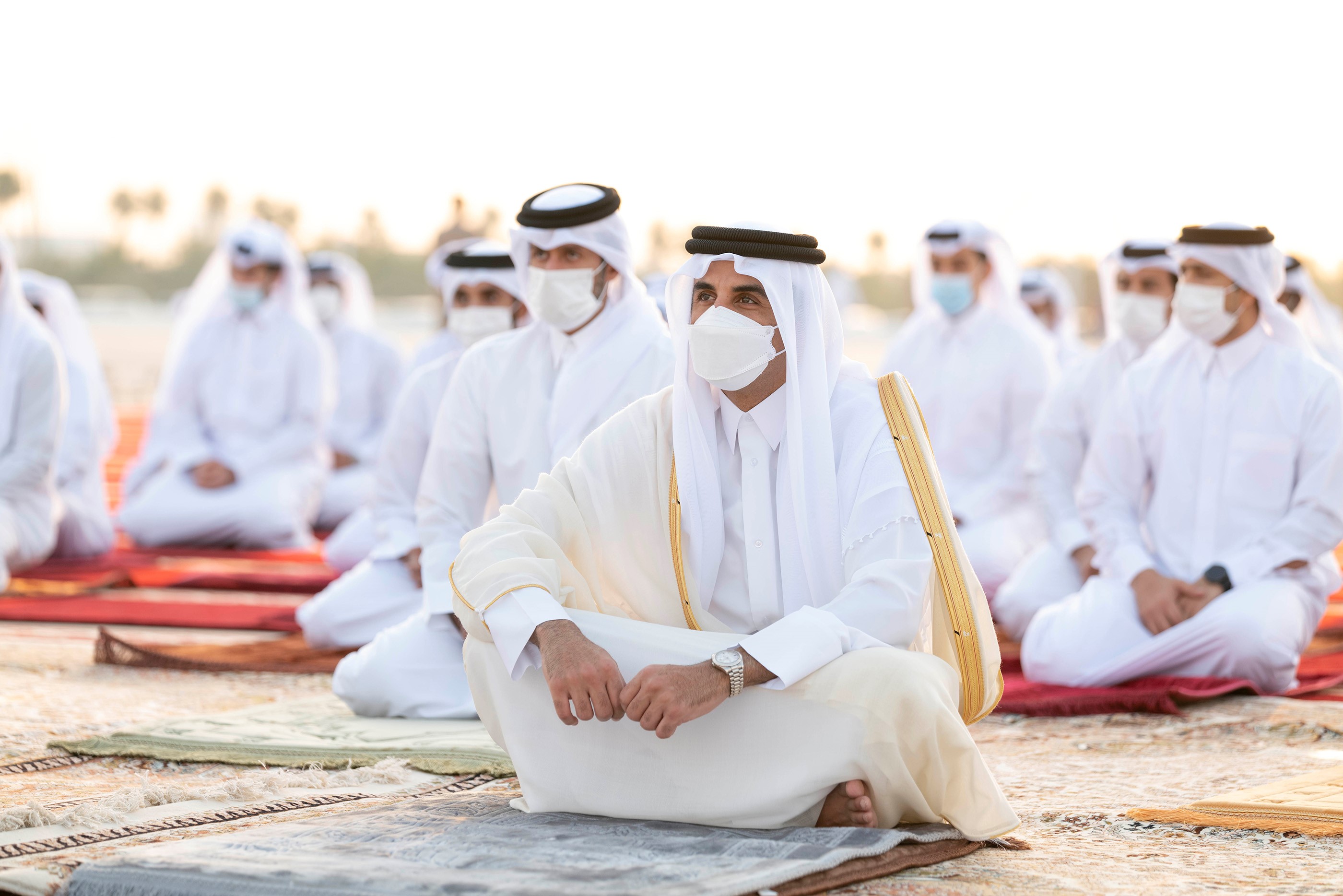 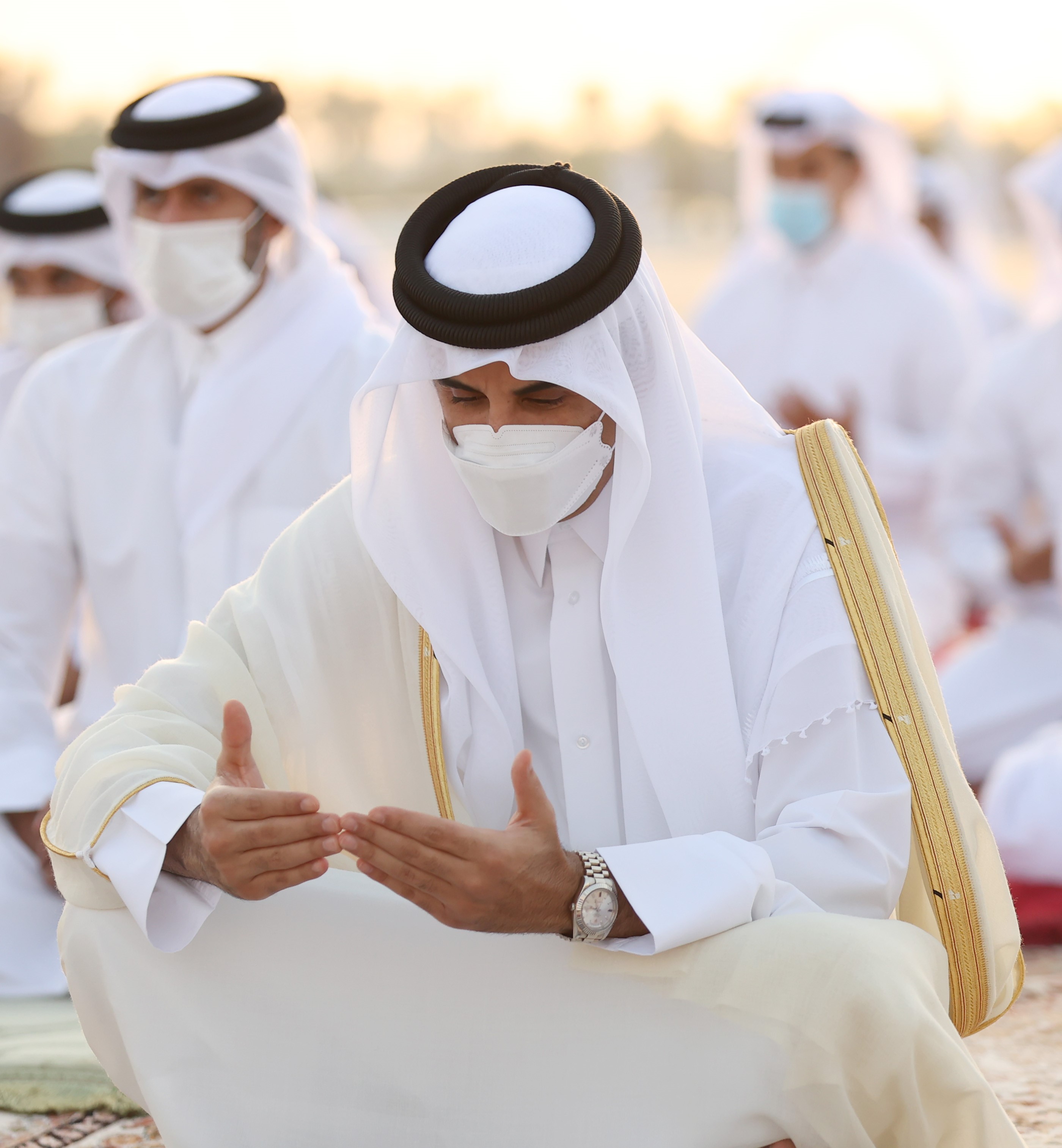 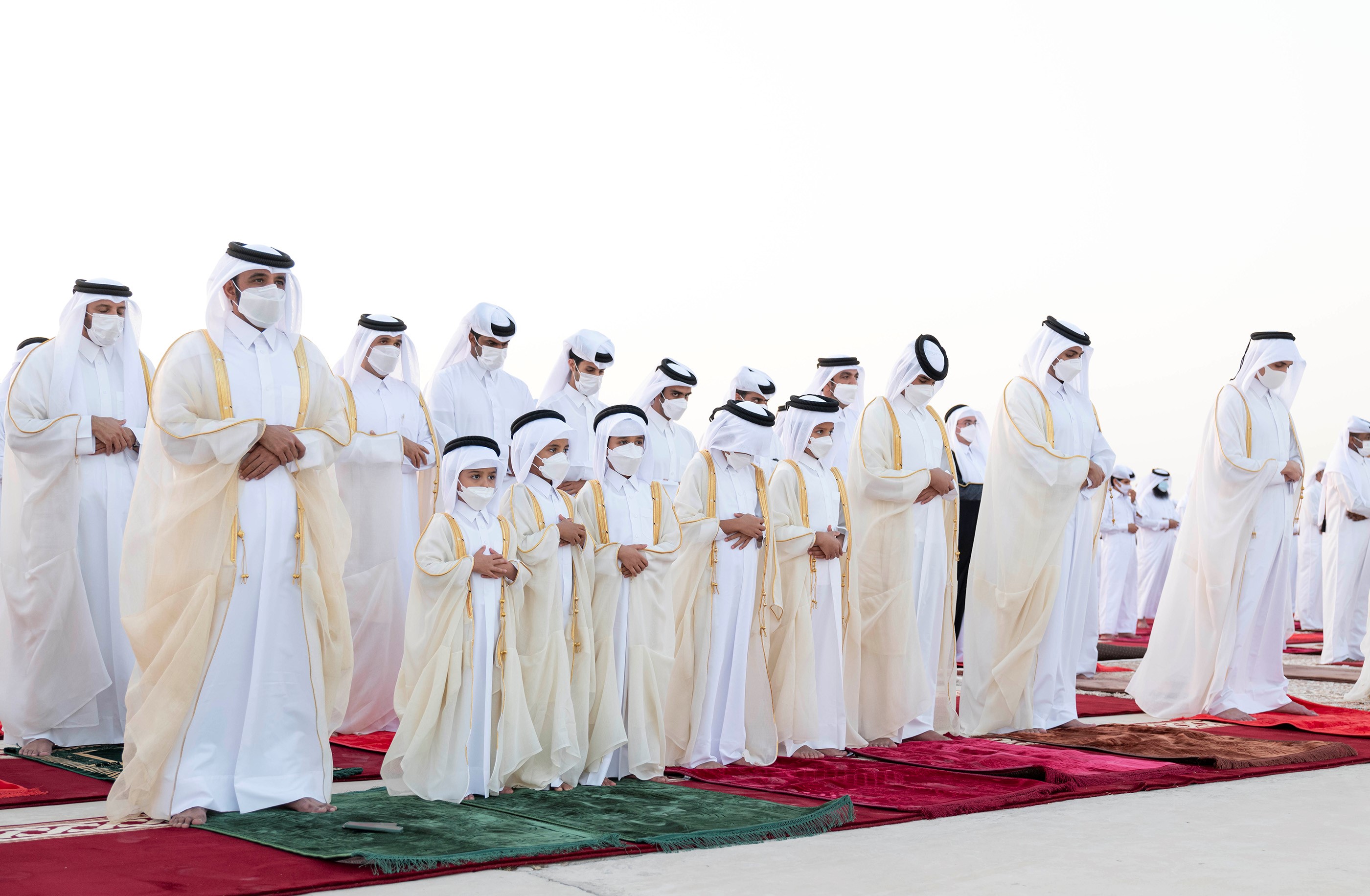 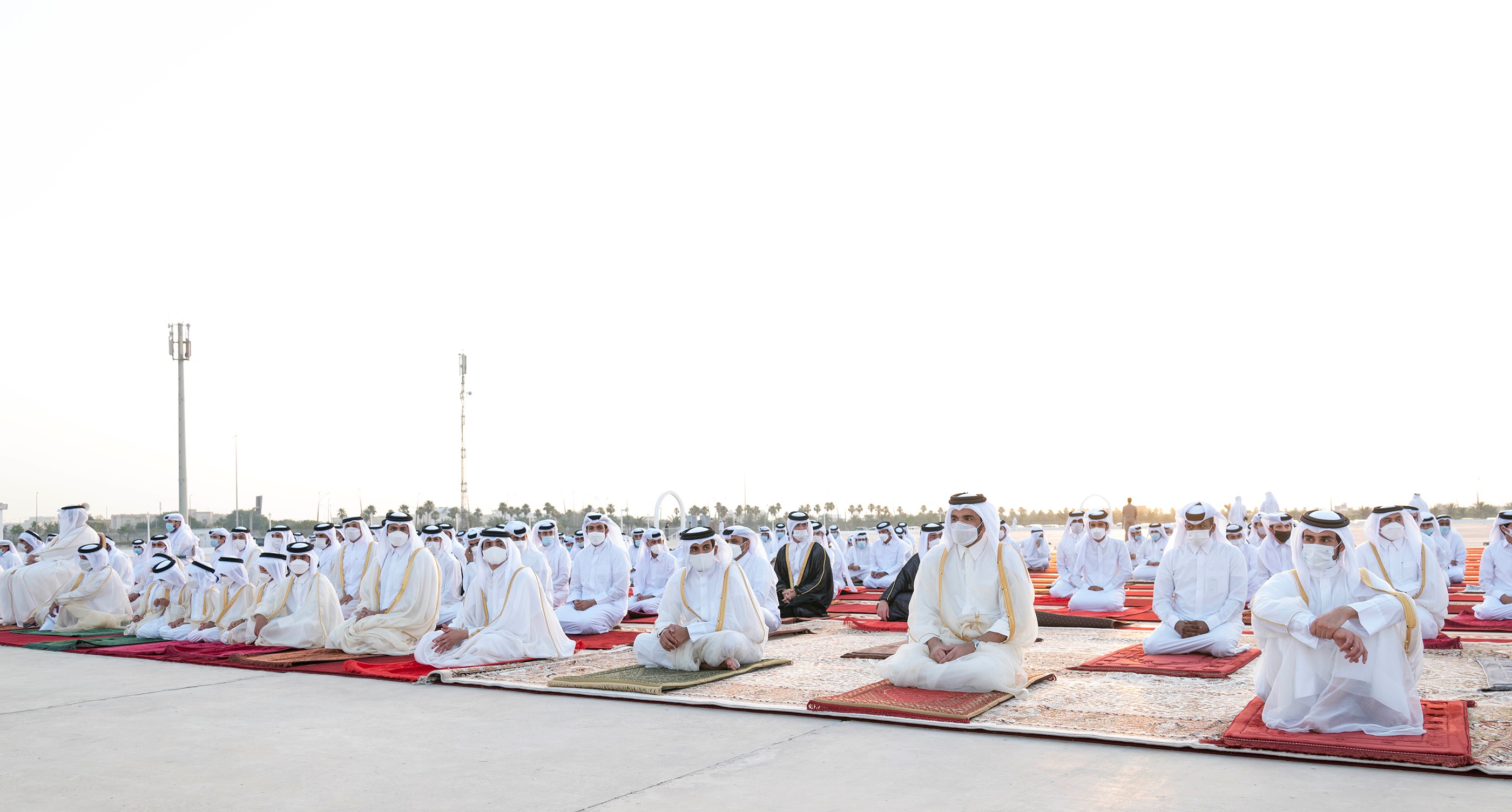 The prayers were also performed by HH Personal Representative of the Amir Sheikh Jassim bin Hamad Al Thani, HH Sheikh Abdullah bin Khalifa Al Thani, HE Speaker of the Shura Council Ahmed bin Abdullah bin Zaid Al Mahmoud, a number of their Excellencies sheikhs, members of the Shura Council, and a number of their Excellencies ambassadors and heads Diplomatic missions in the country.

Sheikh Dr. Thaqeel Sayer Al-Shammari, who is a judge at the Court of Cassation and a member of the Supreme Judicial Council, delivered the Eid sermon in which he recalled the blessing of Allah to his worshipers on such a day, making it an Eid for the people of Islam, after completing fasting and qiyaam.

He also called for the Ummah's unity to stand up and lift injustice and aggression from Al-Aqsa Mosque, and support the oppressed.

The prayer was held amid precautionary measures to limit the spread of the Coronavirus (COVID-19).