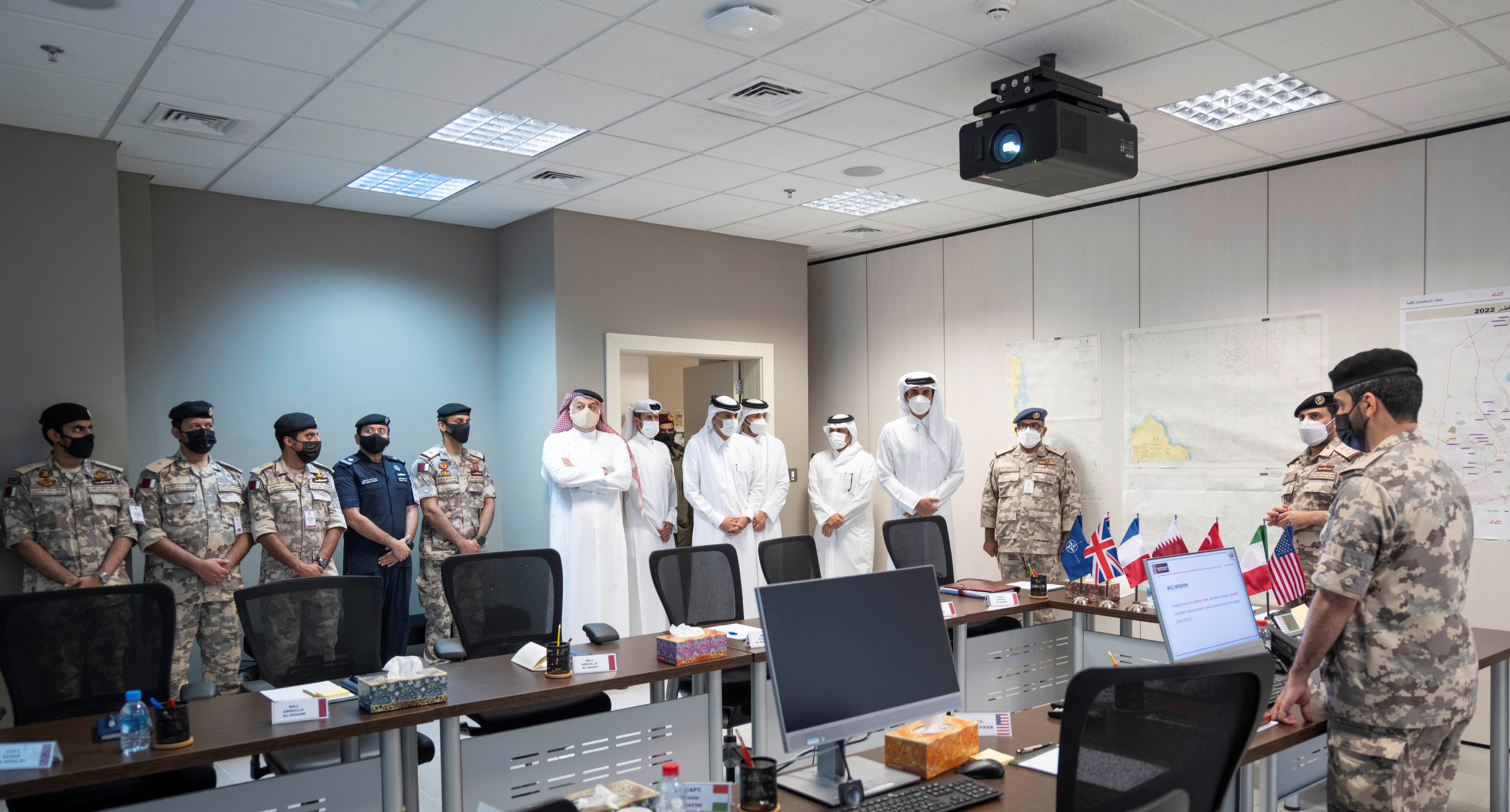 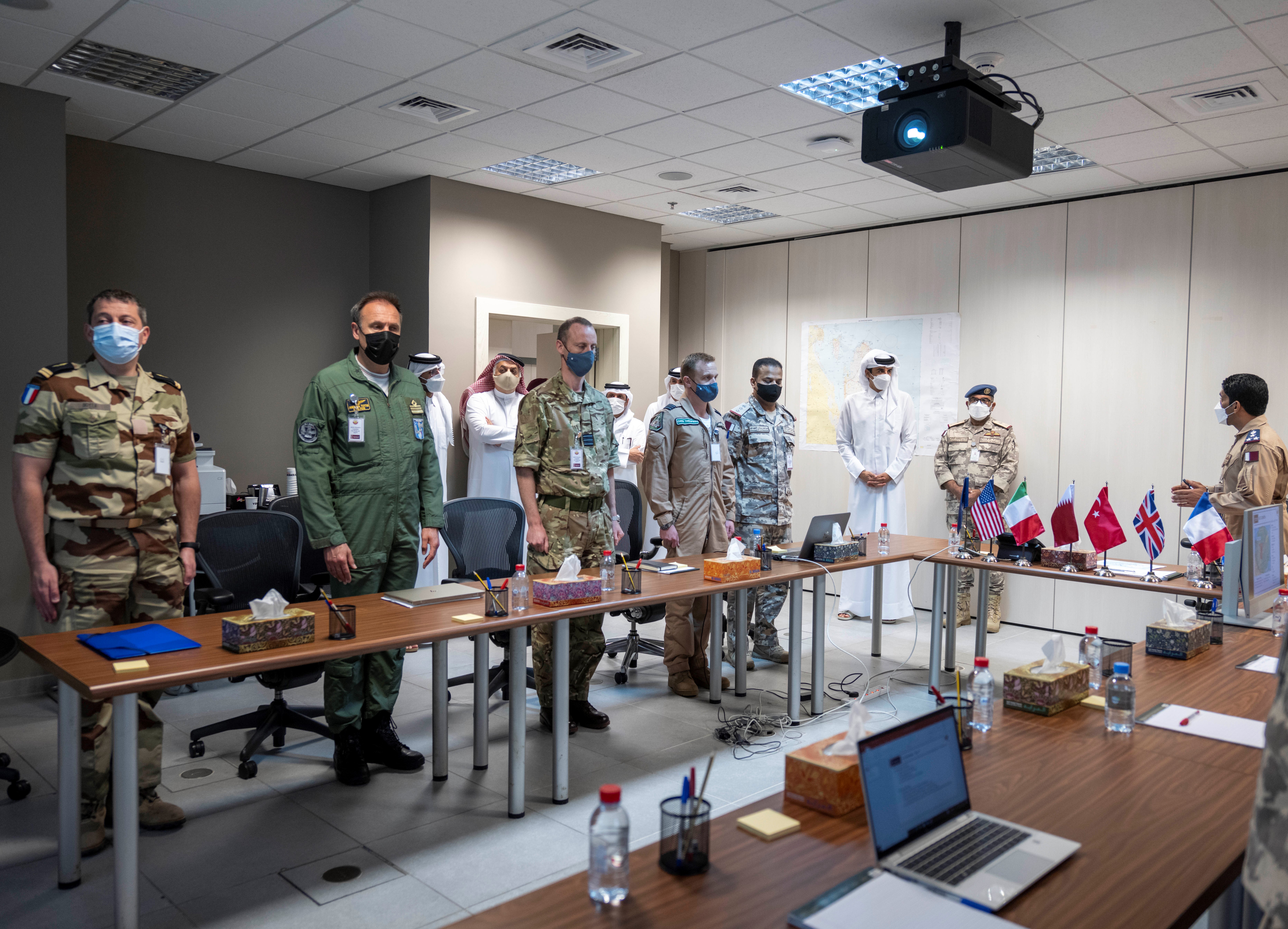 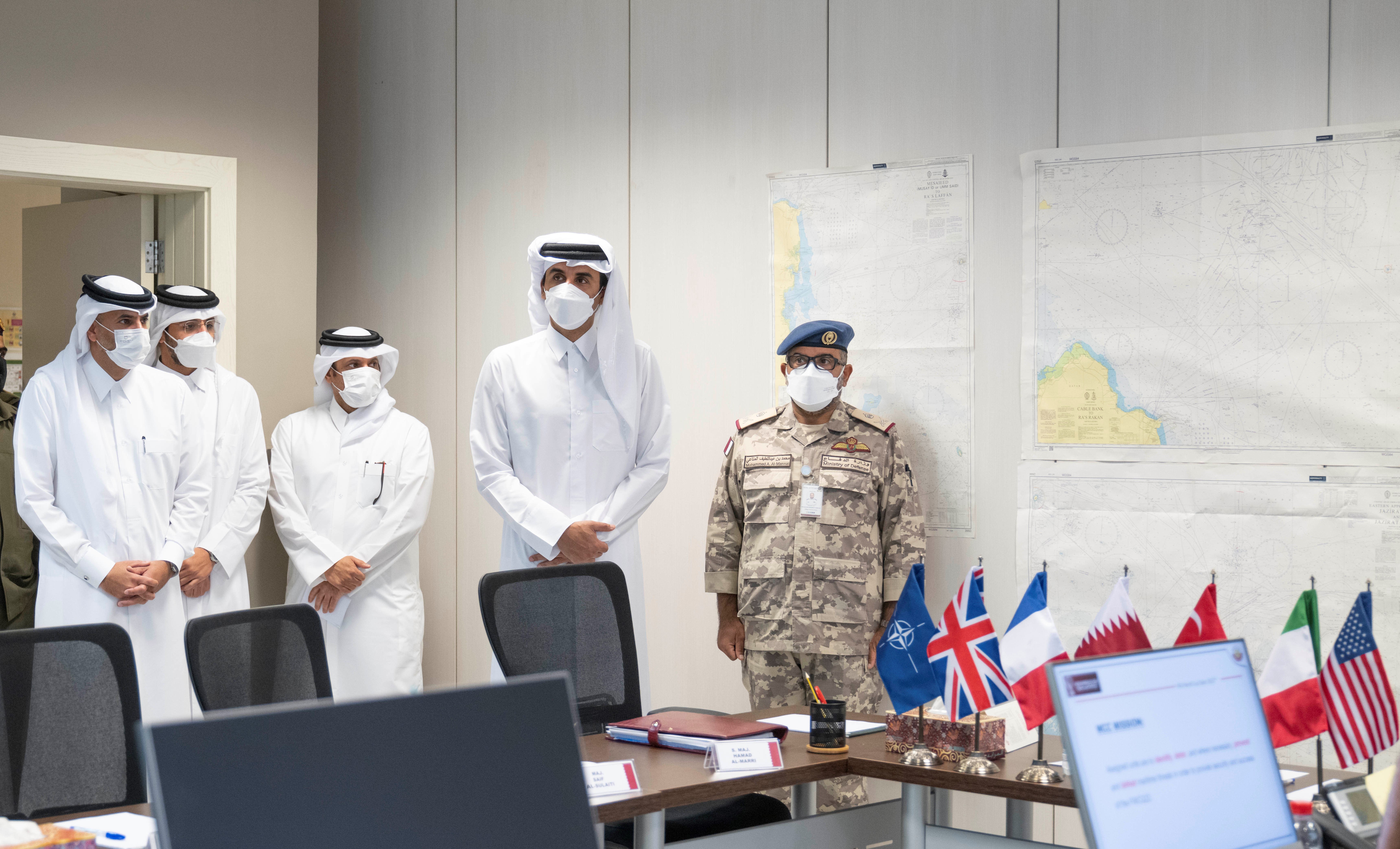 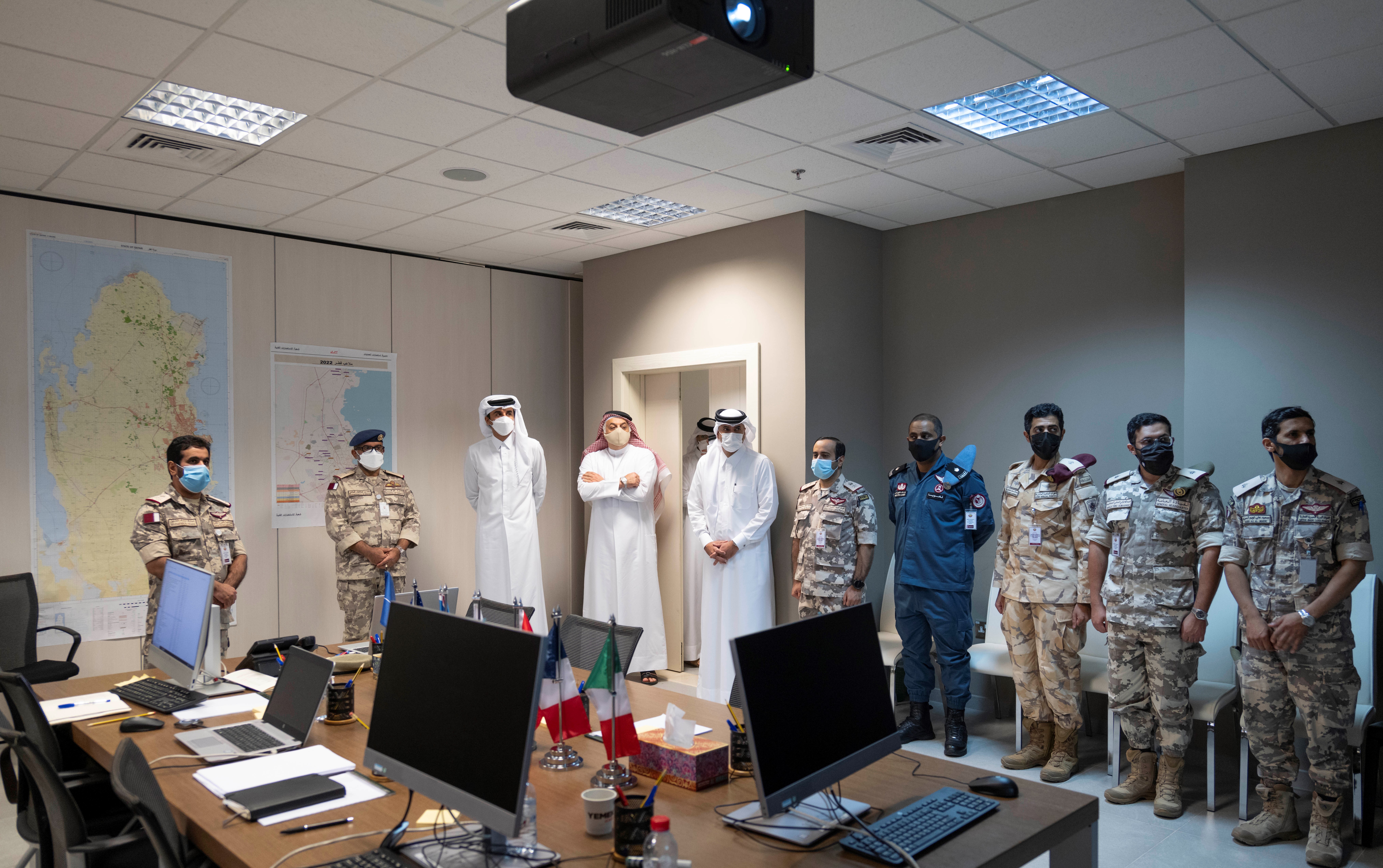 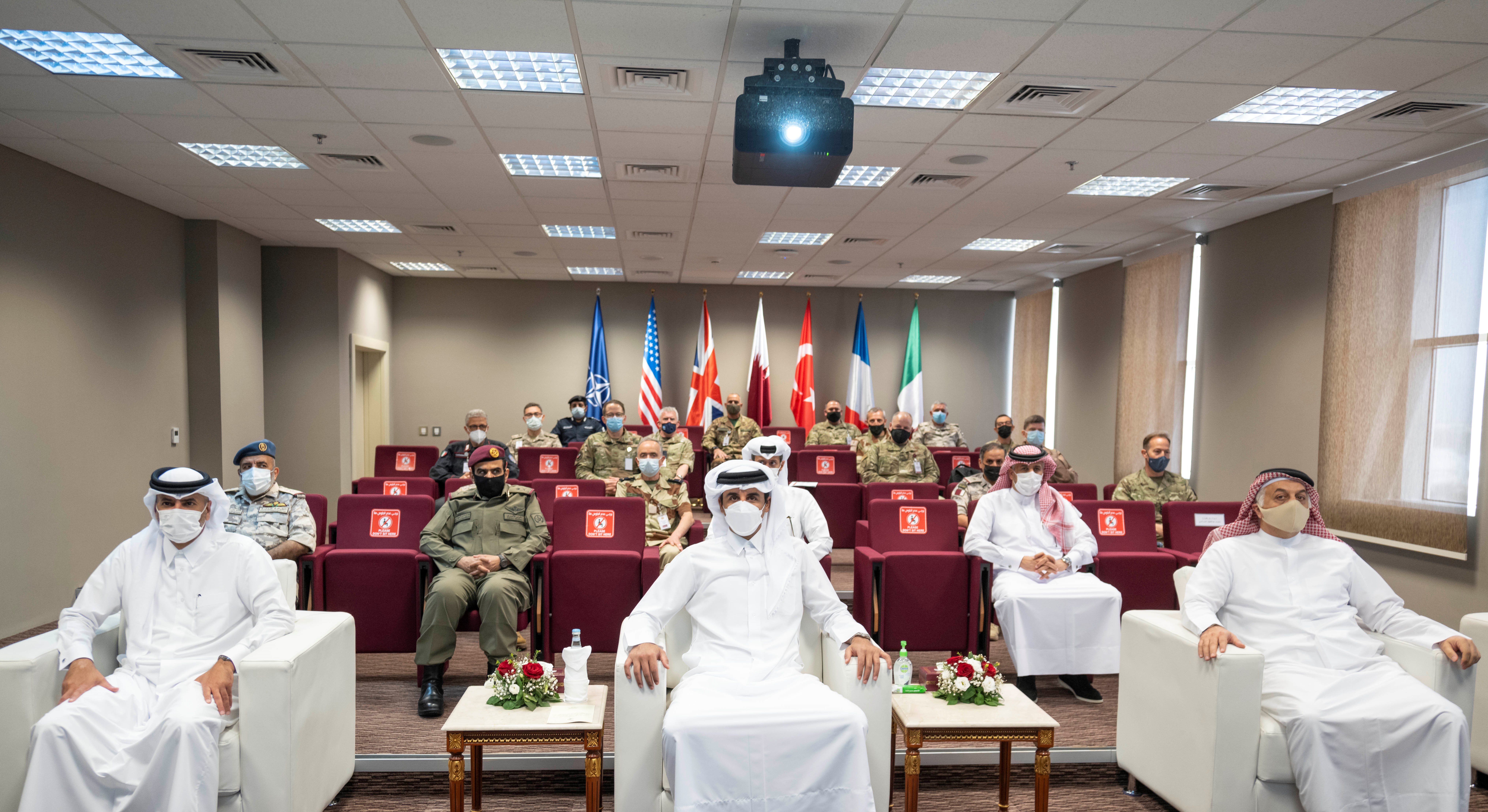 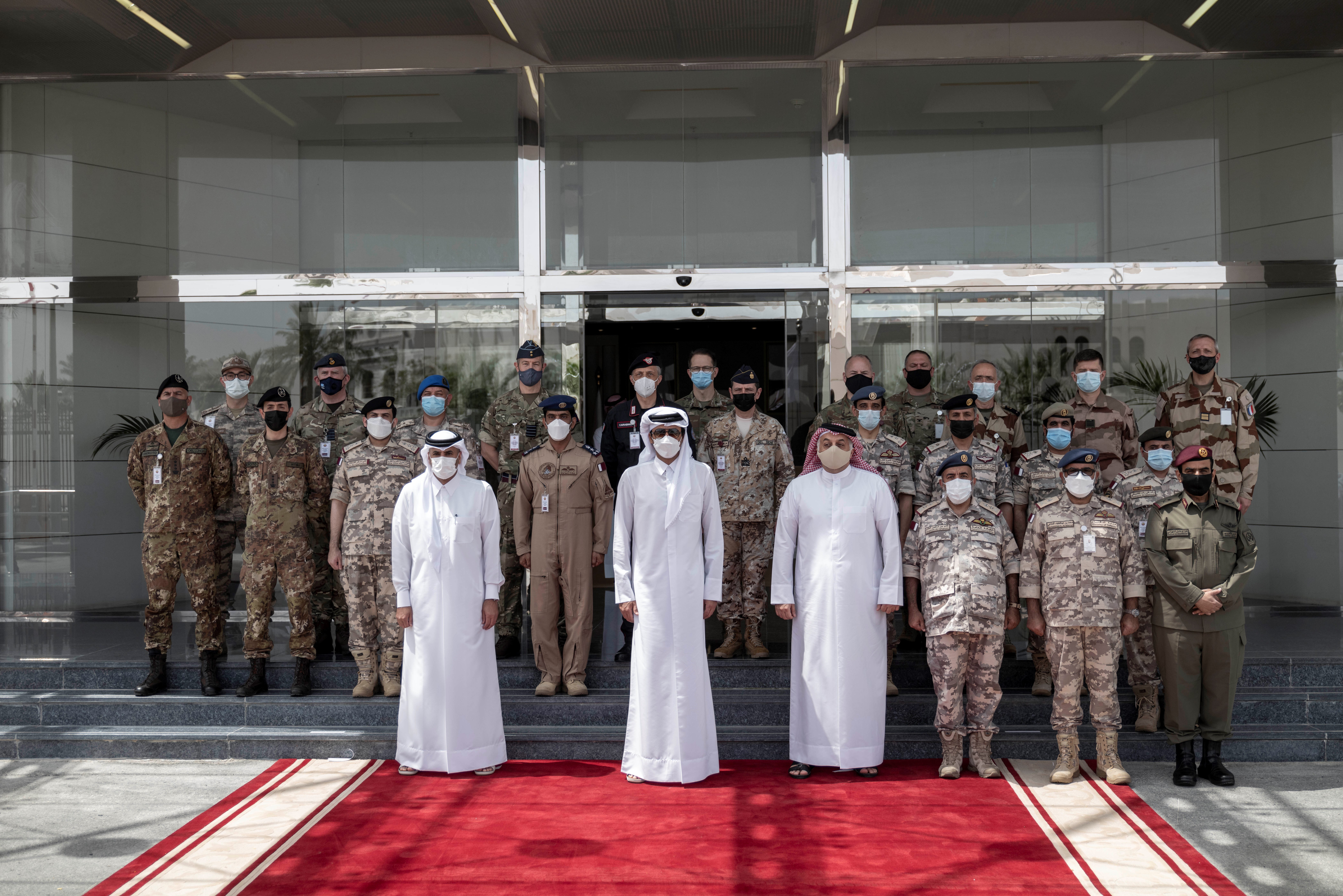 During the visit, HH The Amir listened to a briefing on the conference of forming a duty force for joint operations tasks for FIFA World Cup Qatar 2022, with the participation of a number of brotherly and friendly countries represented by the Republic of Turkey, the United States of America, the United Kingdom, the French Republic, the Italian Republic, in addition to the North Atlantic Treaty Organization (NATO).

HH The Amir also listened to another briefing on Invincible Security Sentry 2021 exercise' , which was held in cooperation between the Qatari armed forces and the US forces. It aims to ensure bilateral planning, enhance the efficiency of the administrative and military cadres and their performance in the vital mission areas by developing interoperability between the two countries, enhance coordination and planning in order to respond to transnational terrorist threats, and to strengthen ways of dealing with regional security threats.

After that, HH The Amir toured the operations room and the halls of the air, land and sea halls.