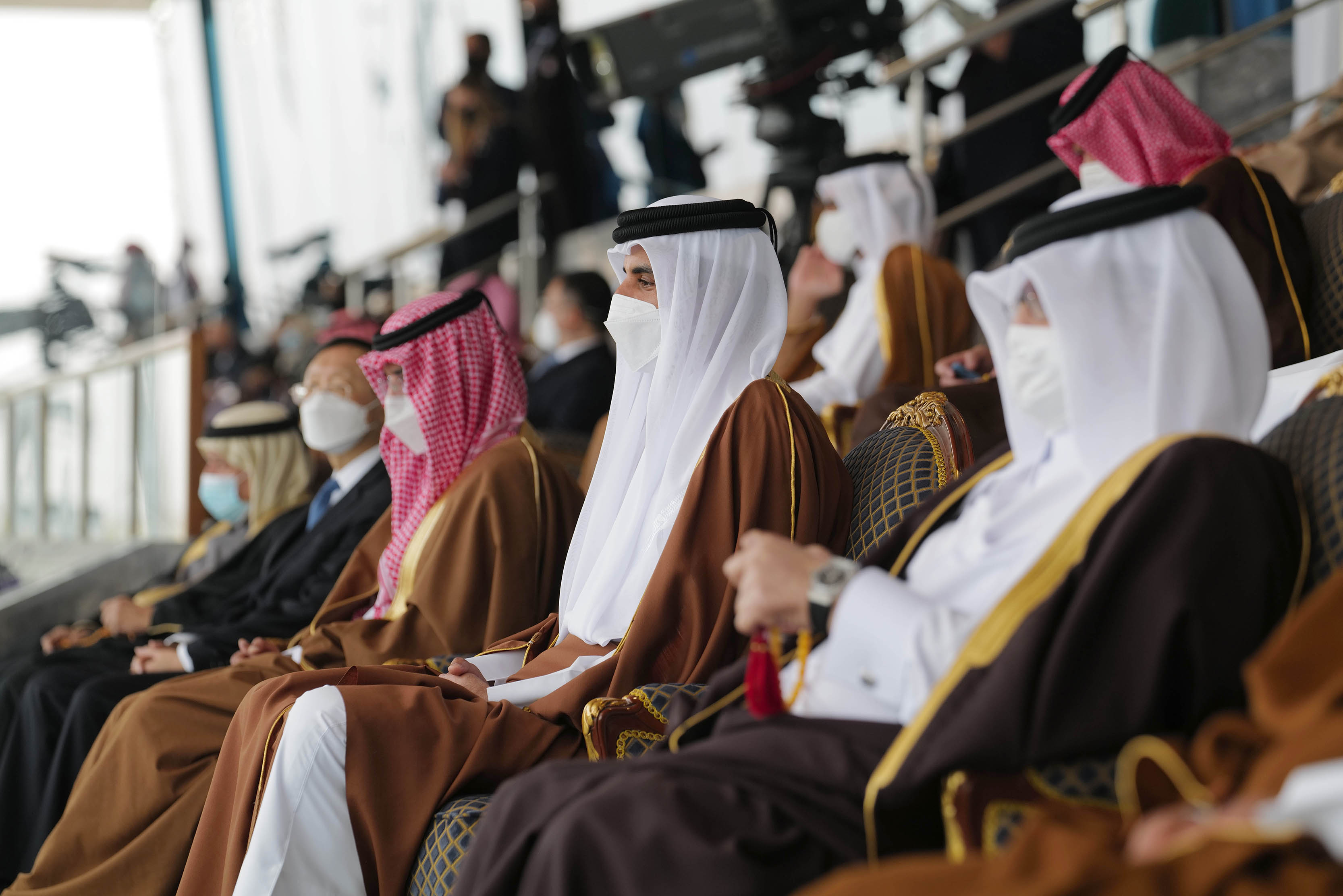 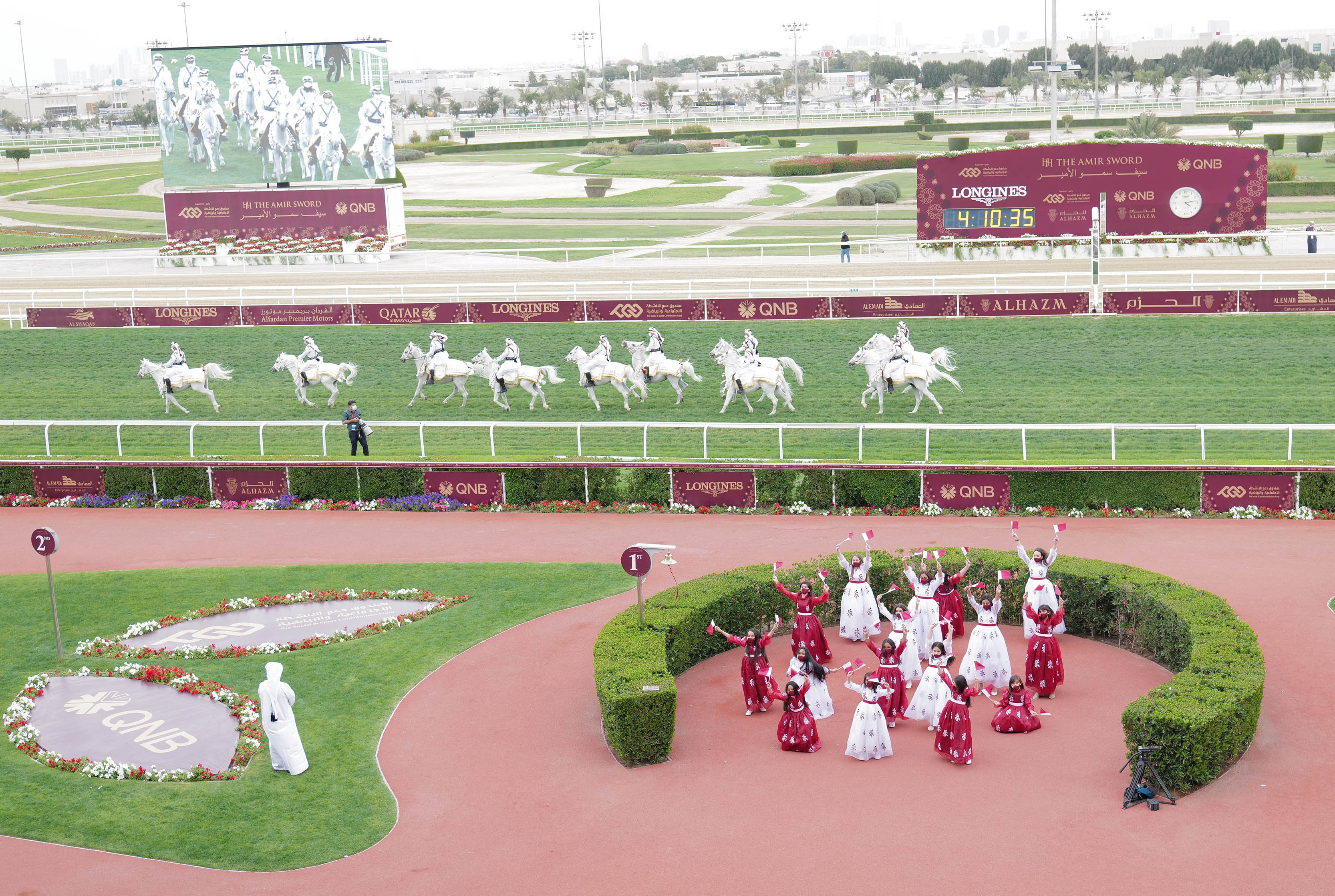 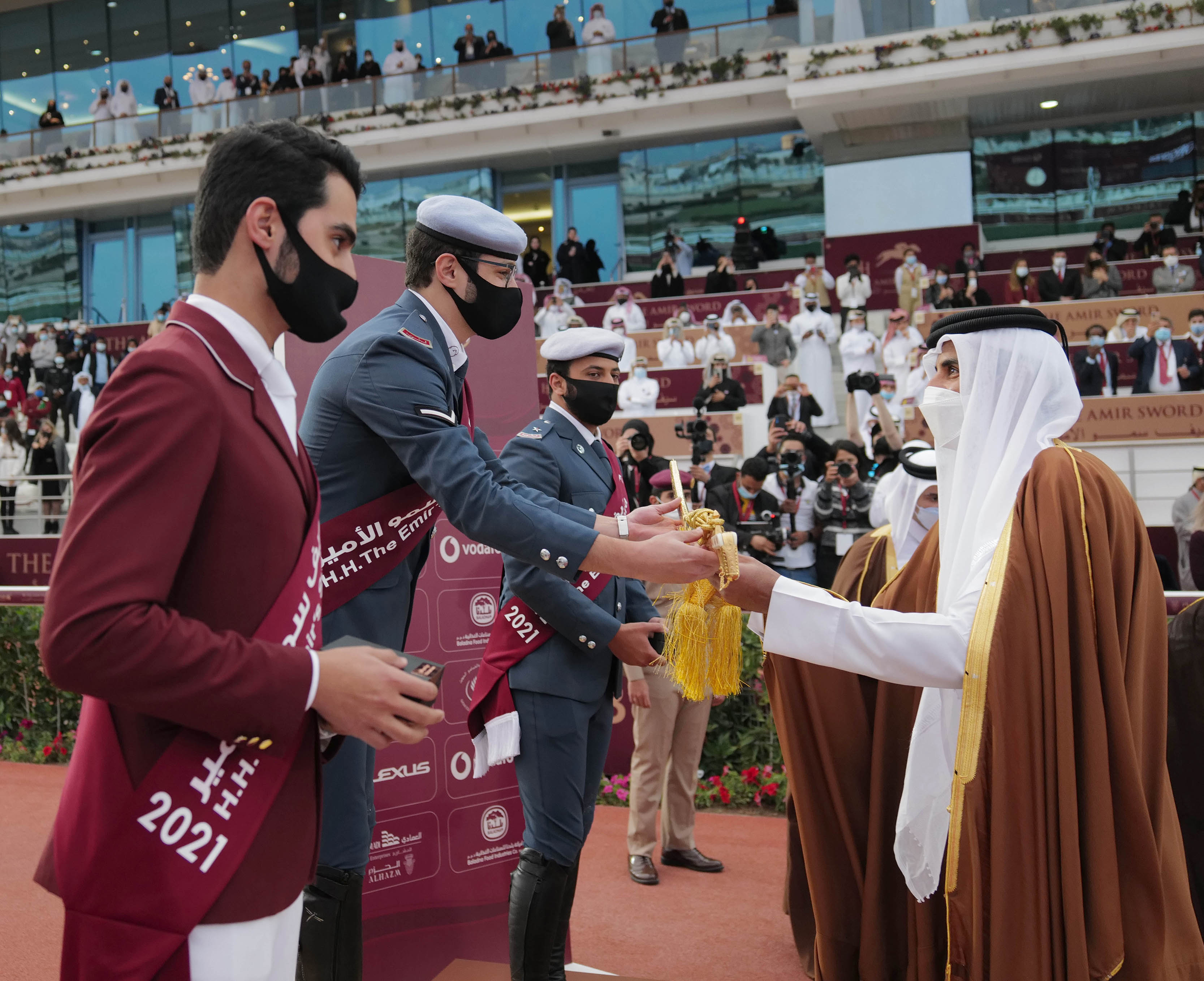 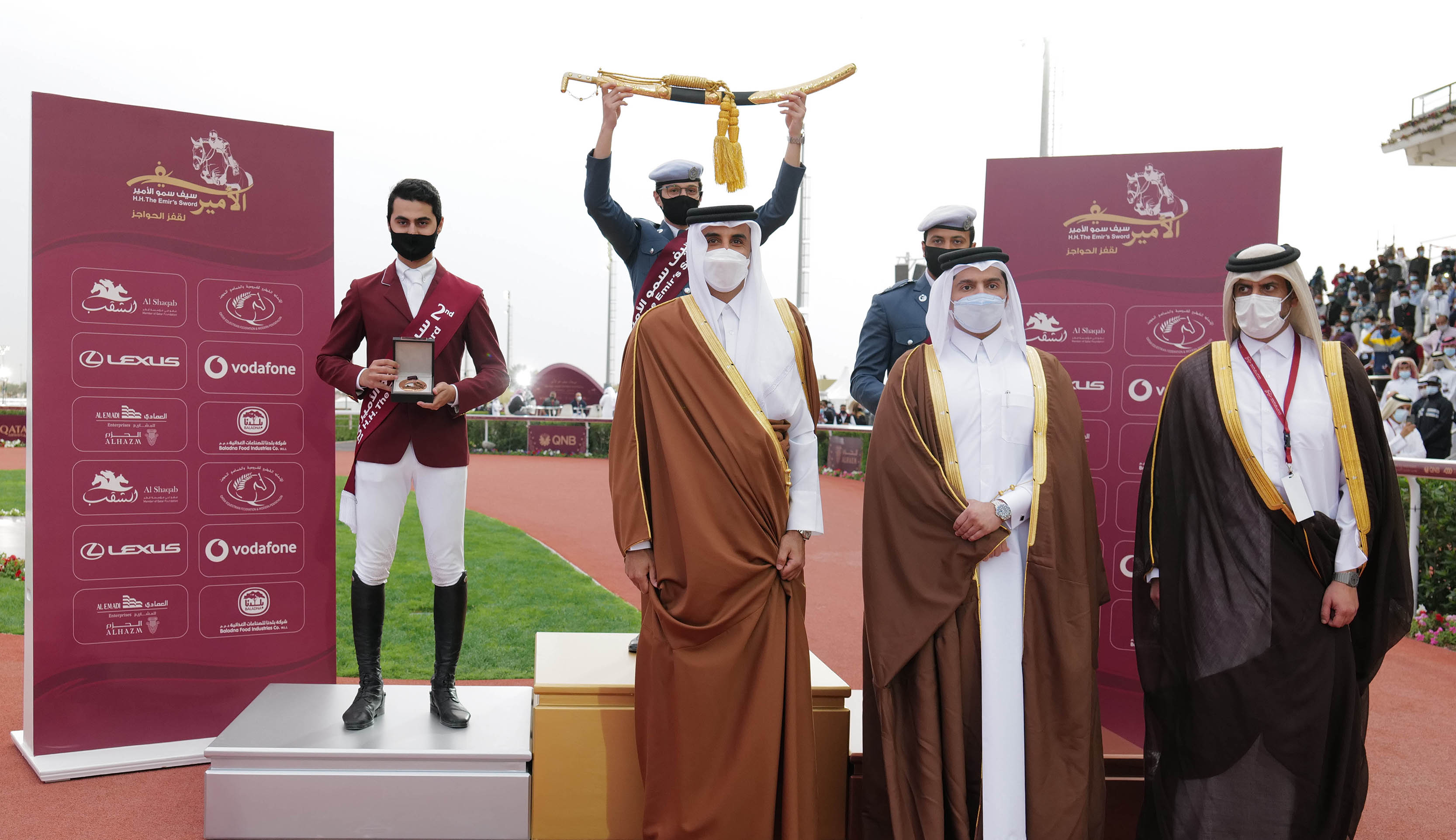 His Highness The Amir Sheikh Tamim bin Hamad Al Thani attended the conclusion of His Highness Sword Equestrian Festival held at the Race Track and Equestrian Club in Al Rayyan.

It was also attended by a number of Their Excellencies Sheikhs, Ministers, horse owners and fans of equestrian sport.

HH The Amir awarded the silver sword to Abdullah bin Fahd Al Attiyah for Munir Du Soleil's victory of the sixth round of purebred Arabian horses, and the Shalfa to Shuail bin Khalifa Al Kuwari after King Pacha won the first place in the fifth round.

HH The Amir handed over the prizes to the winners of the first places in the jumping competition, and they are: Hamad Nasser Al Qadi, first-place winner, Nasser Al Ghazali, the second-place, and Saeed Nasser Al Qadi, the third-place.

His Highness also honored the companies sponsoring the festival.