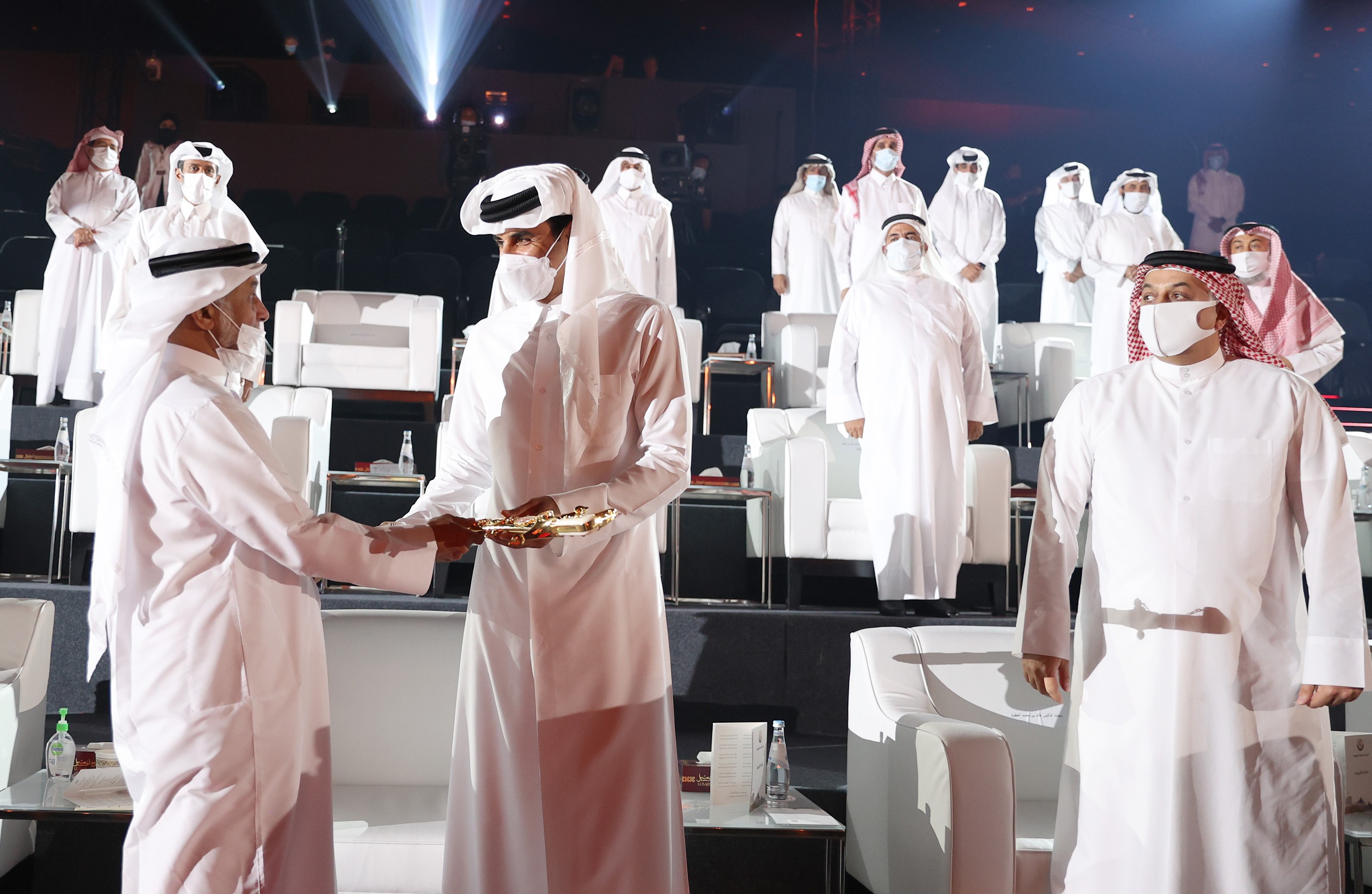 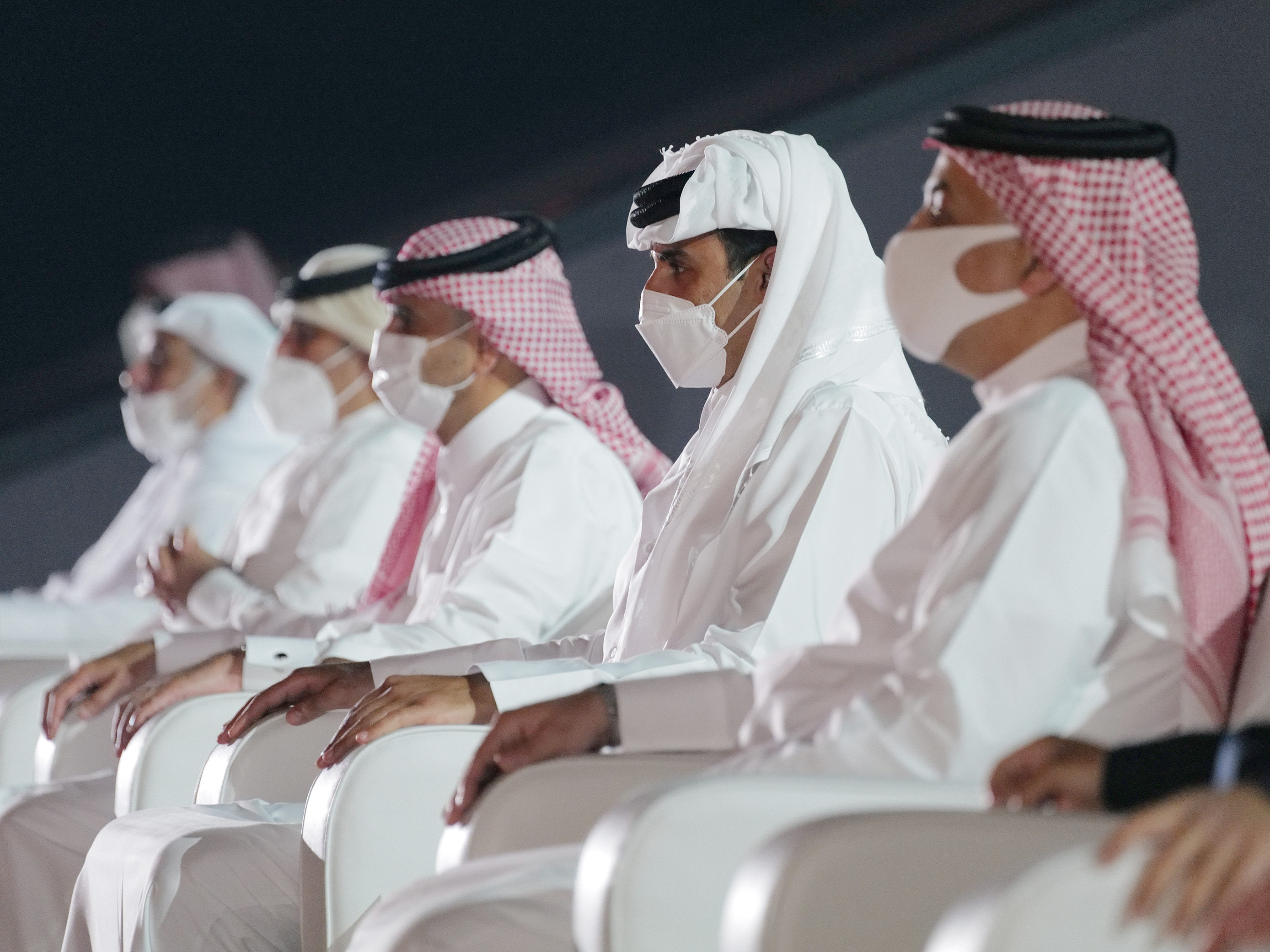 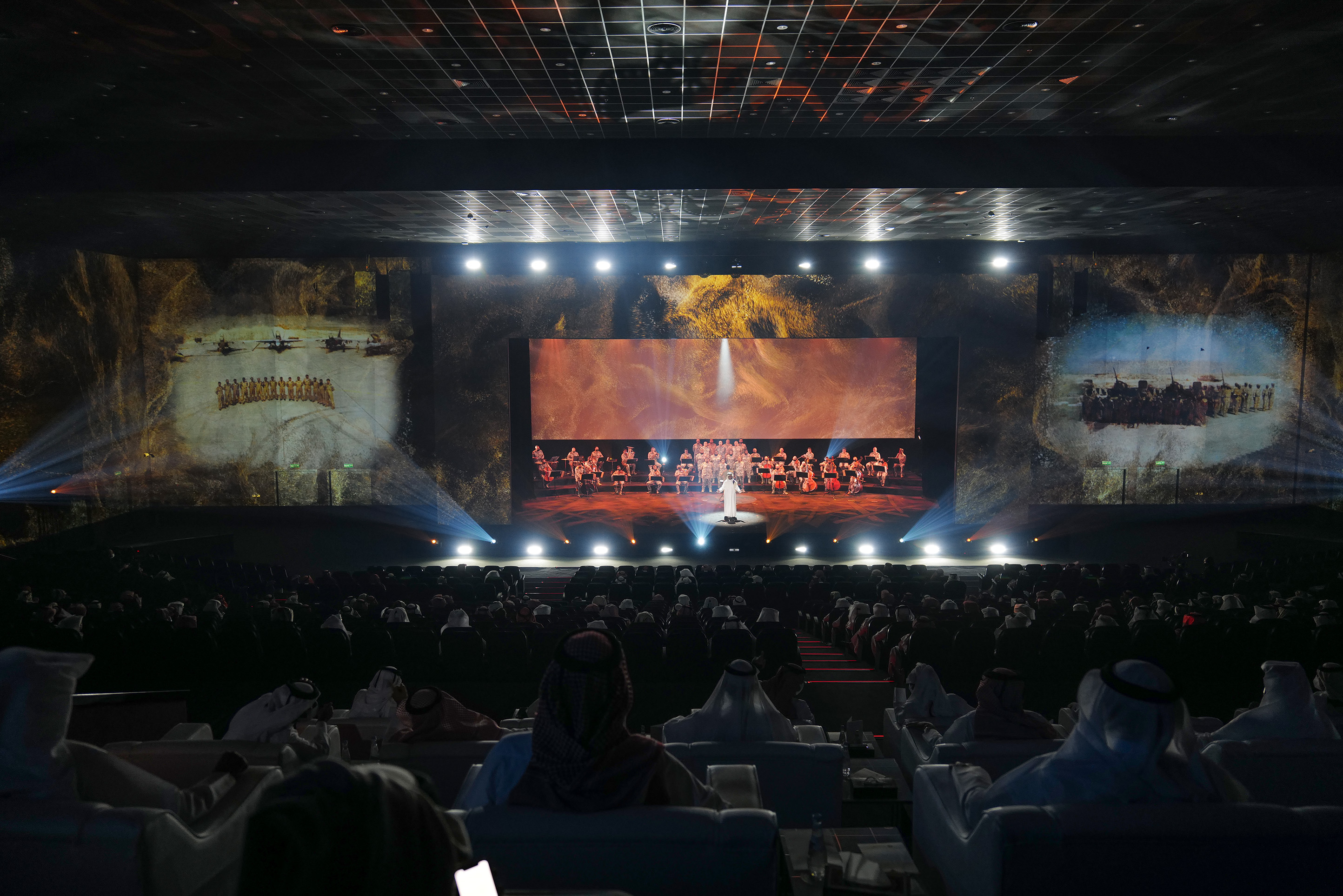 His Highness The Amir Sheikh Tamim bin Hamad Al Thani witnessed the national service operetta, which included honoring the officers, non-commissioned officers, and individuals of the Qatari Armed Forces participating in the Kuwait liberation war and the battle to liberate Al Khafji on the occasion of its 30th anniversary.

HE The Prime Minister and Minister of Interior Sheikh Khalid bin Khalifa bin Abdulaziz Al Thani and a number of Their Excellencies Ministers, senior leaders and officials of the Qatar Armed Forces attended the operetta, which was held at the National Service Academy Theater in the Miqdam Camp in the Al Mazroua area this evening.

Then, HH The Amir honored HE Ali bin Saeed Al Khayarin, Commander of the Qatari forces that participated in the liberation of Al Khafji with the award of the military sword of Tamim bin Hamad Al Thani for his role in the battle to liberate Al Khafji, in addition, in implementation of HH The Amir order, everyone who participated in the Kuwait liberation war will be awarded the medal of military operations, and their number is 2,995. The medal is awarded to those who participate in military operations from the military personnel or the forces of other countries, and distinguished by the type of military operation. Also, each of the 1,450 participants in the battle to liberate Al Khafji will be awarded the medal of courage, which is awarded to those who perform acts of valor, sacrifice, or courage.