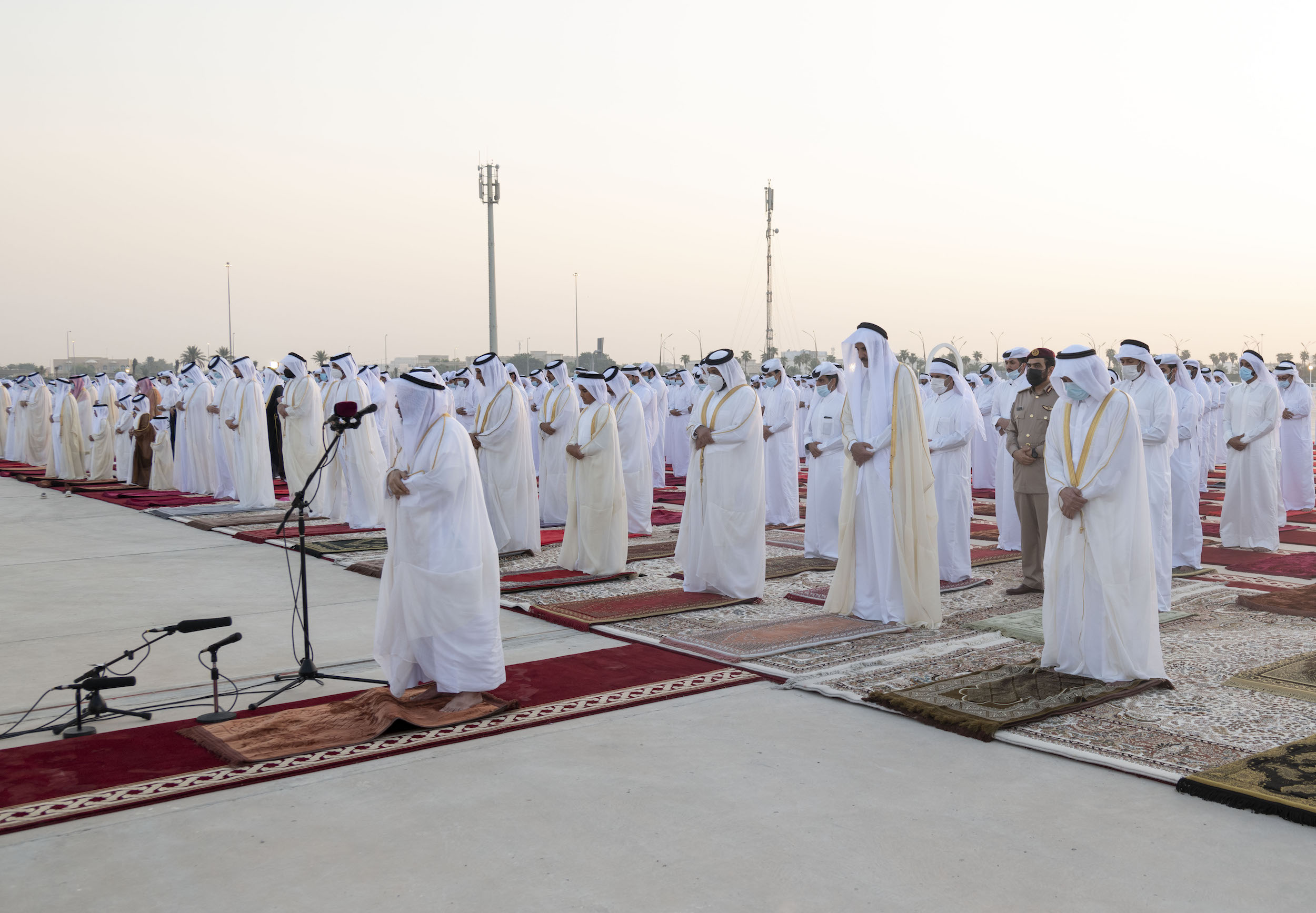 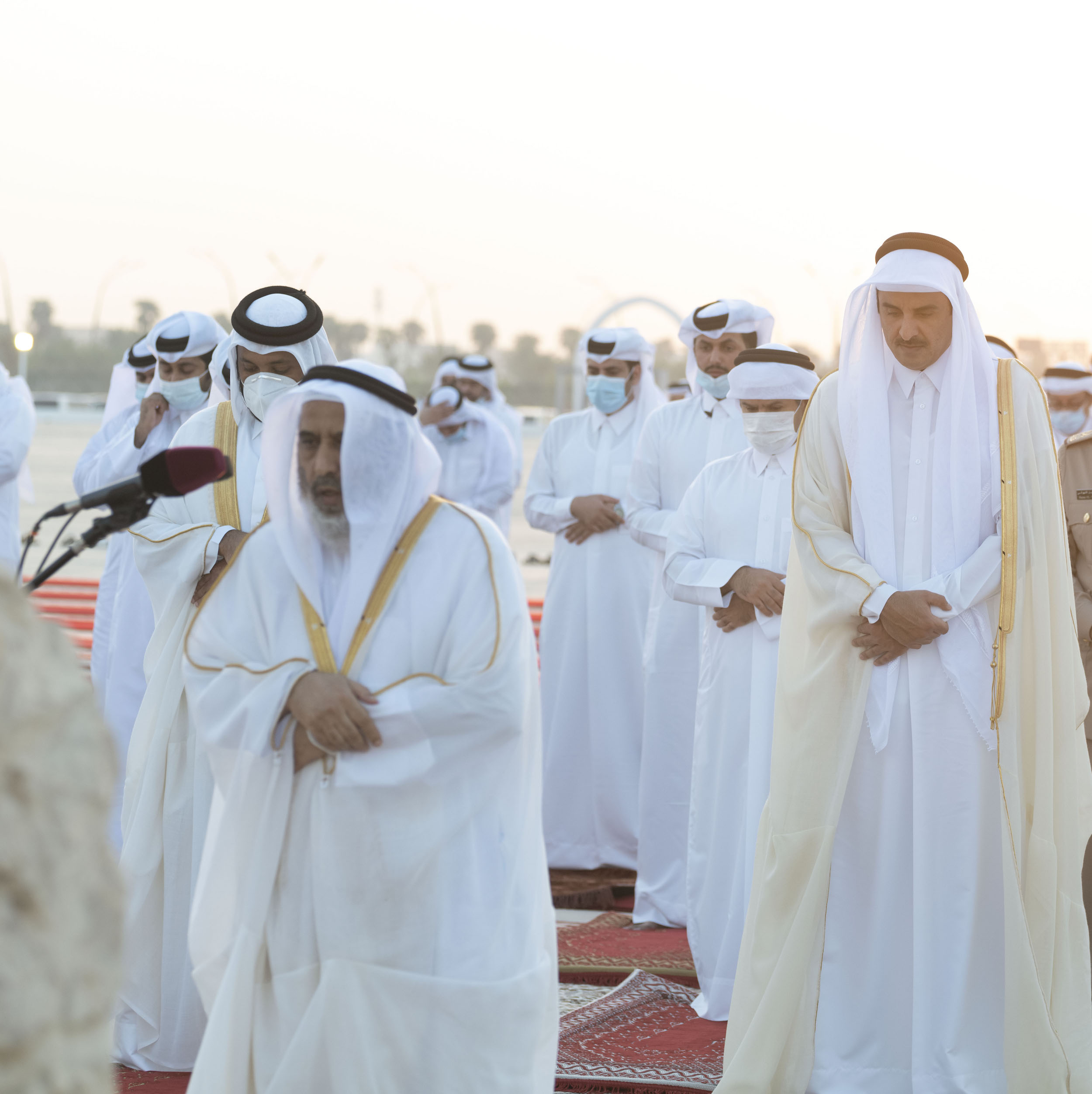 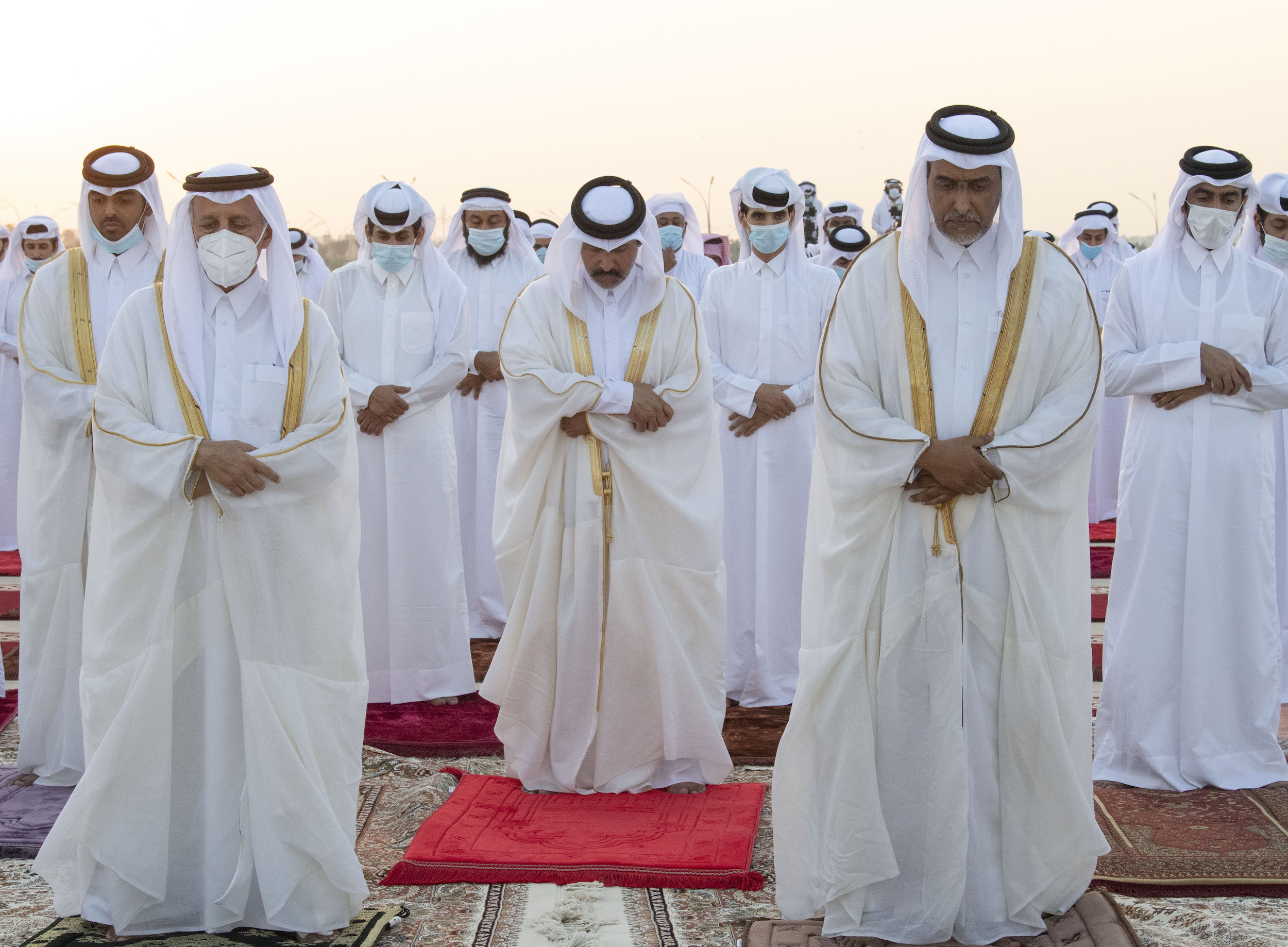 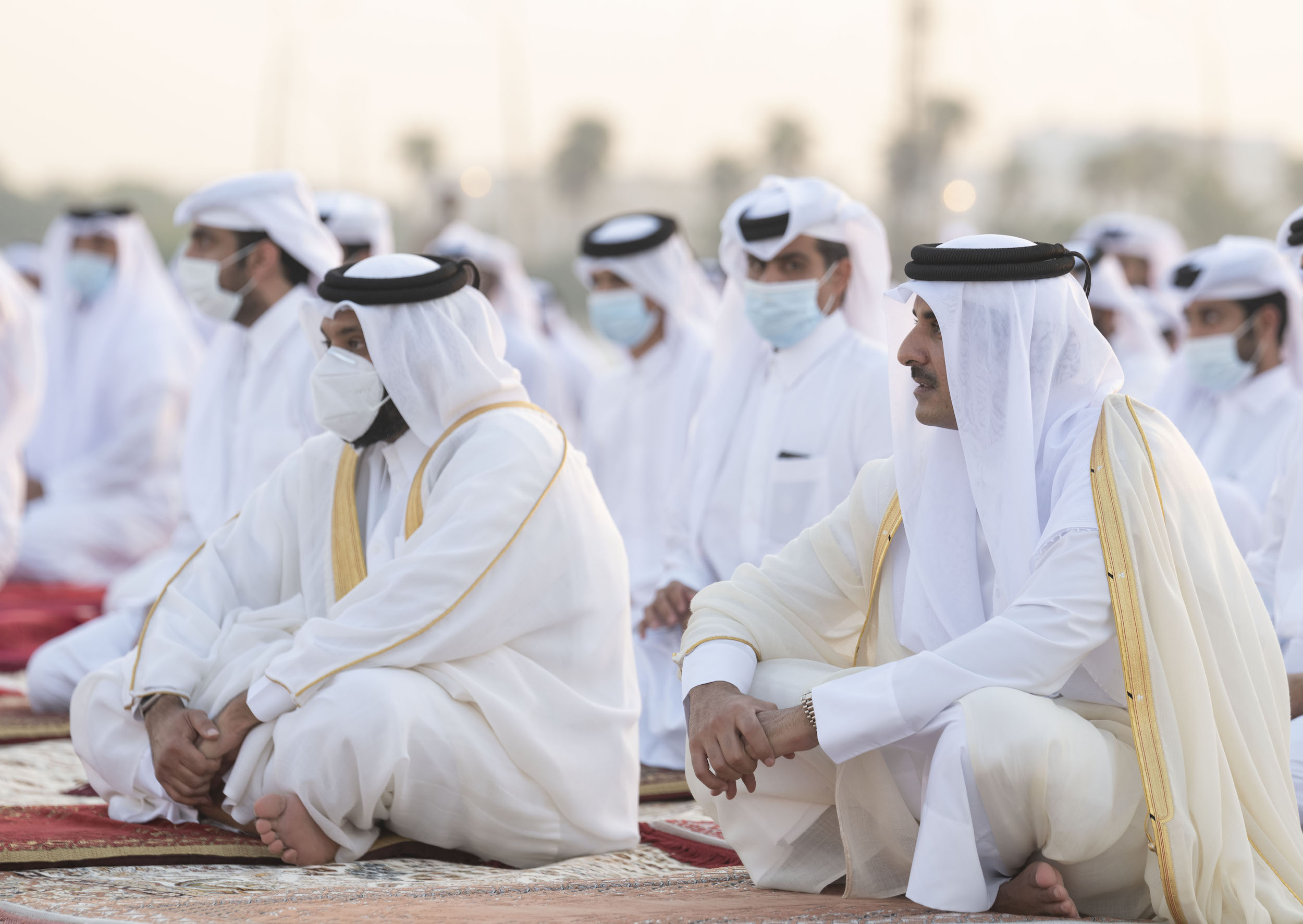 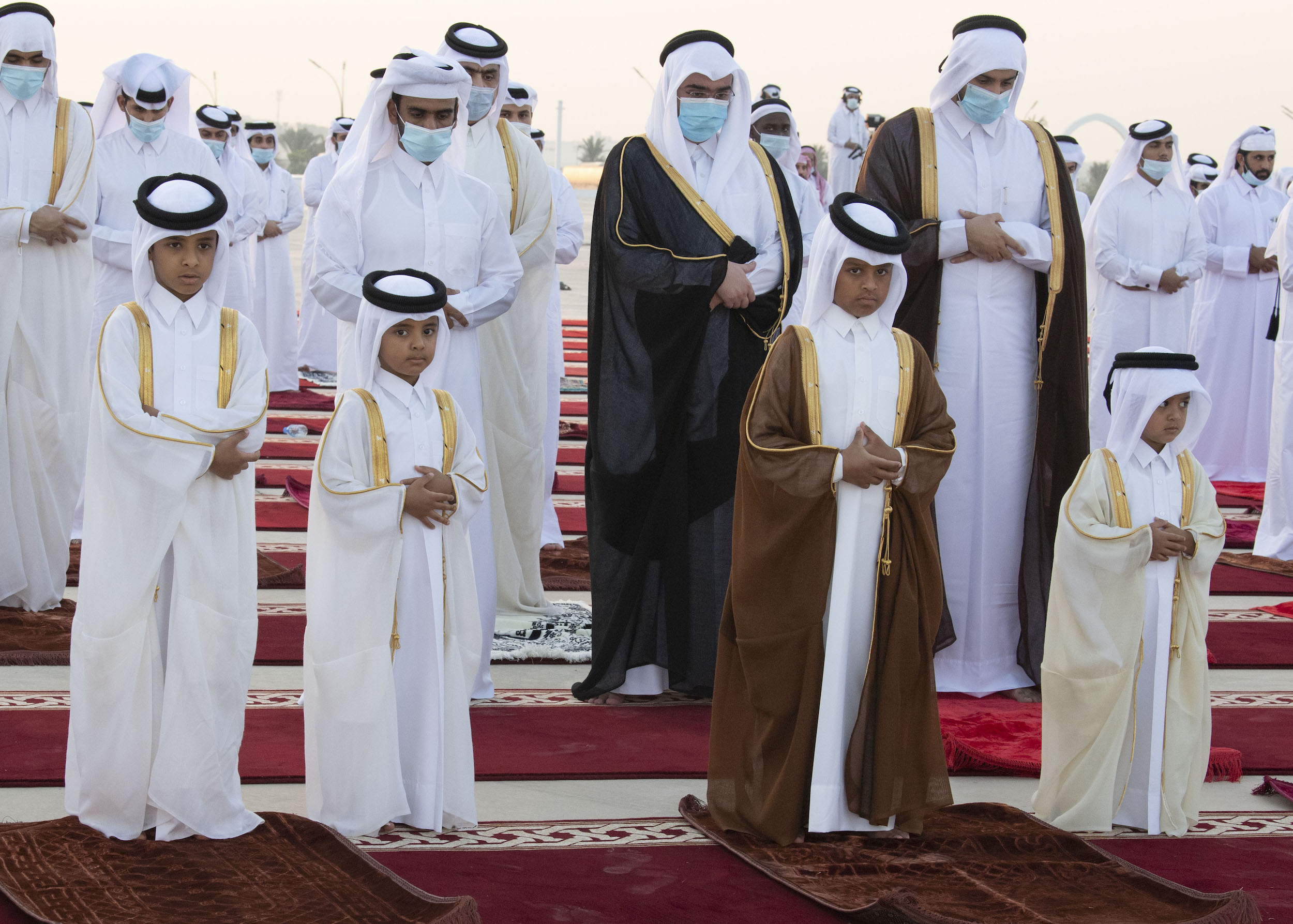 Sheikh Dr. Thaqeel Sayer Al Shammari, Court of Cassation judge and Supreme Judiciary Council member, who led the prayer, delivered the Eid sermon in which he highlighted the merit of the Day of Sacrifice and being the good deed to please Allah the Almighty, noting the importance of kindness to people on this day, even by saying the kind word. He also urged worshipers to thank Allah for the grace of Islam, for His many blessings and for the security and stability of the country, noting that the religion of Islam is based on moderation and following clear evidence.