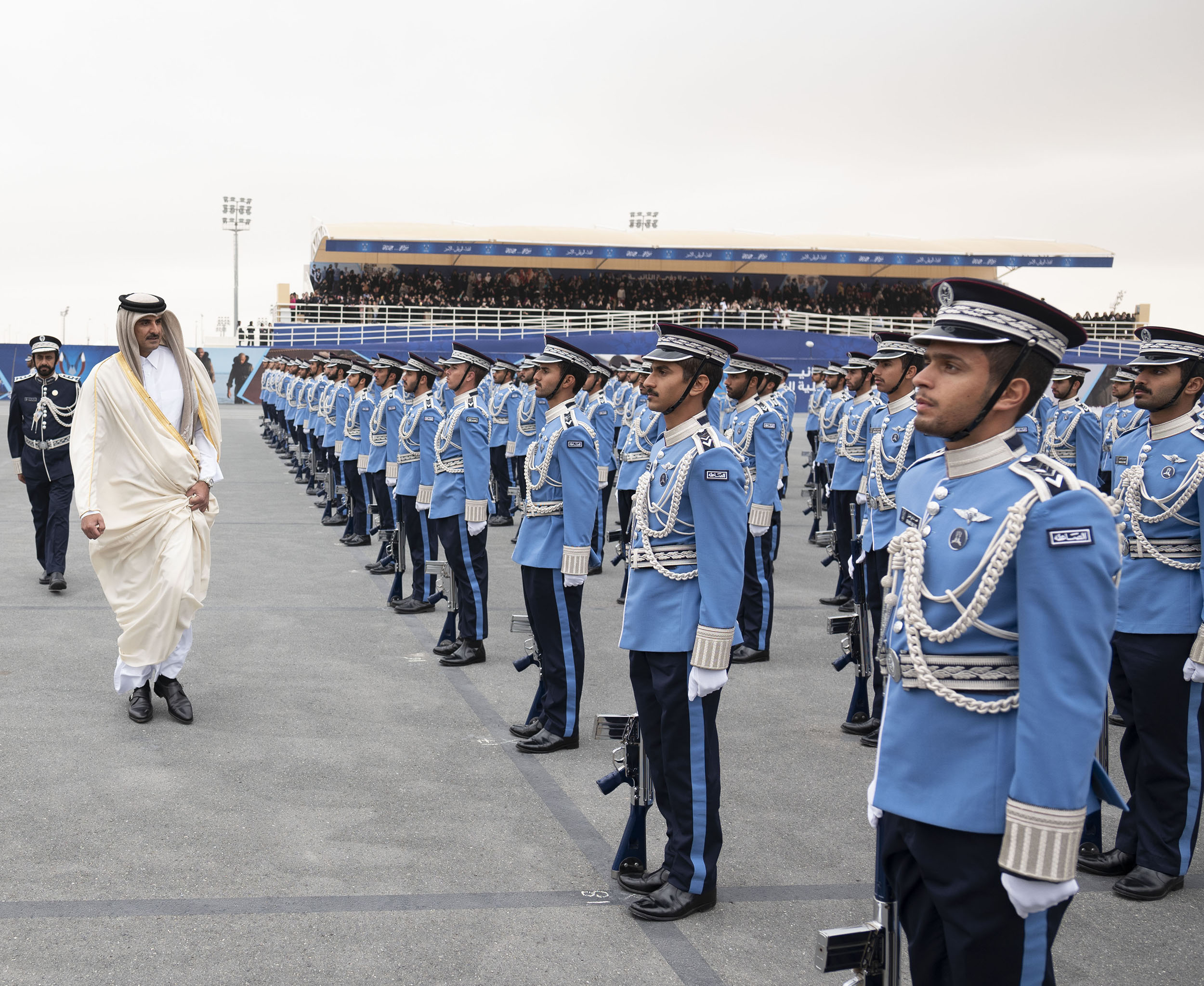 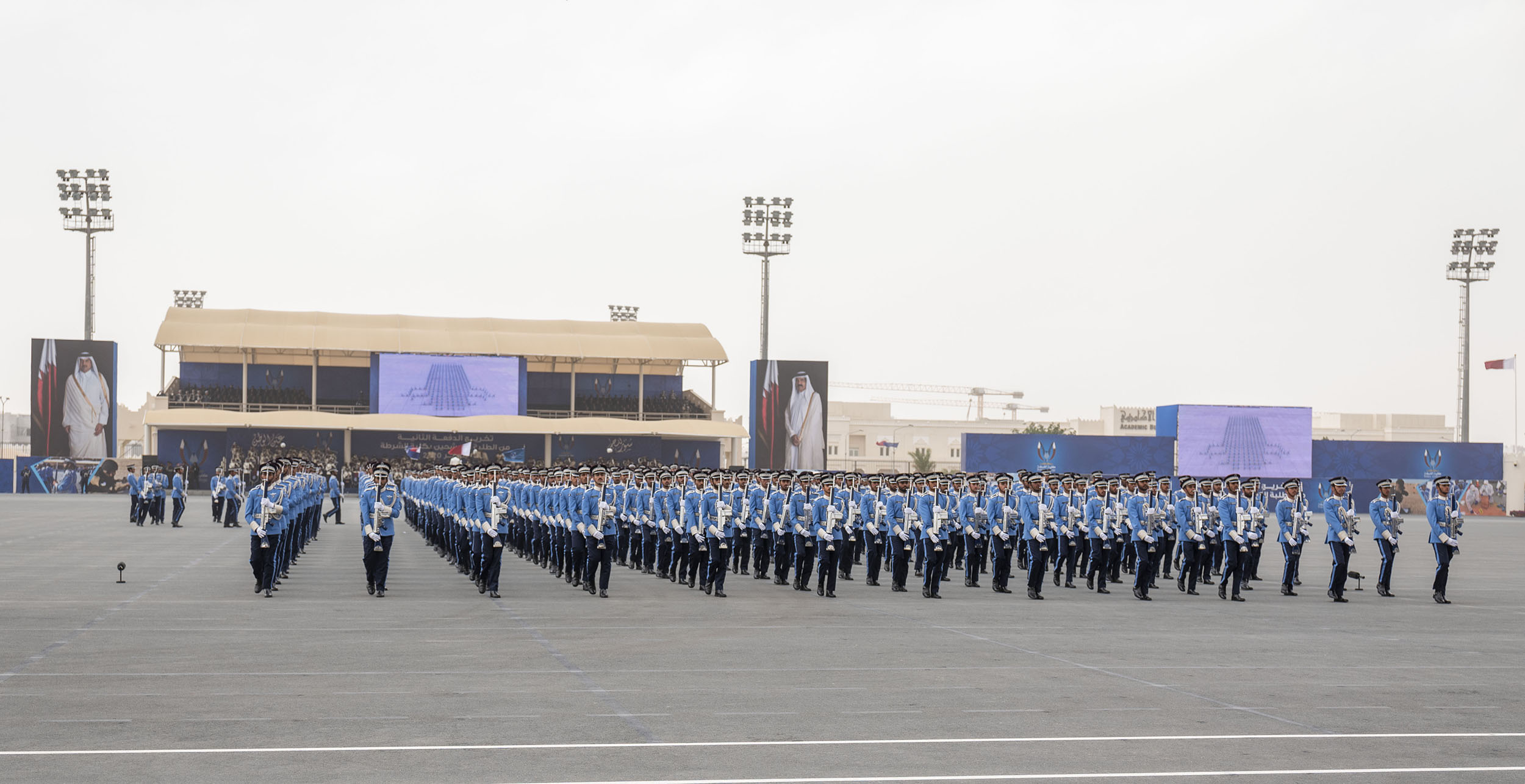 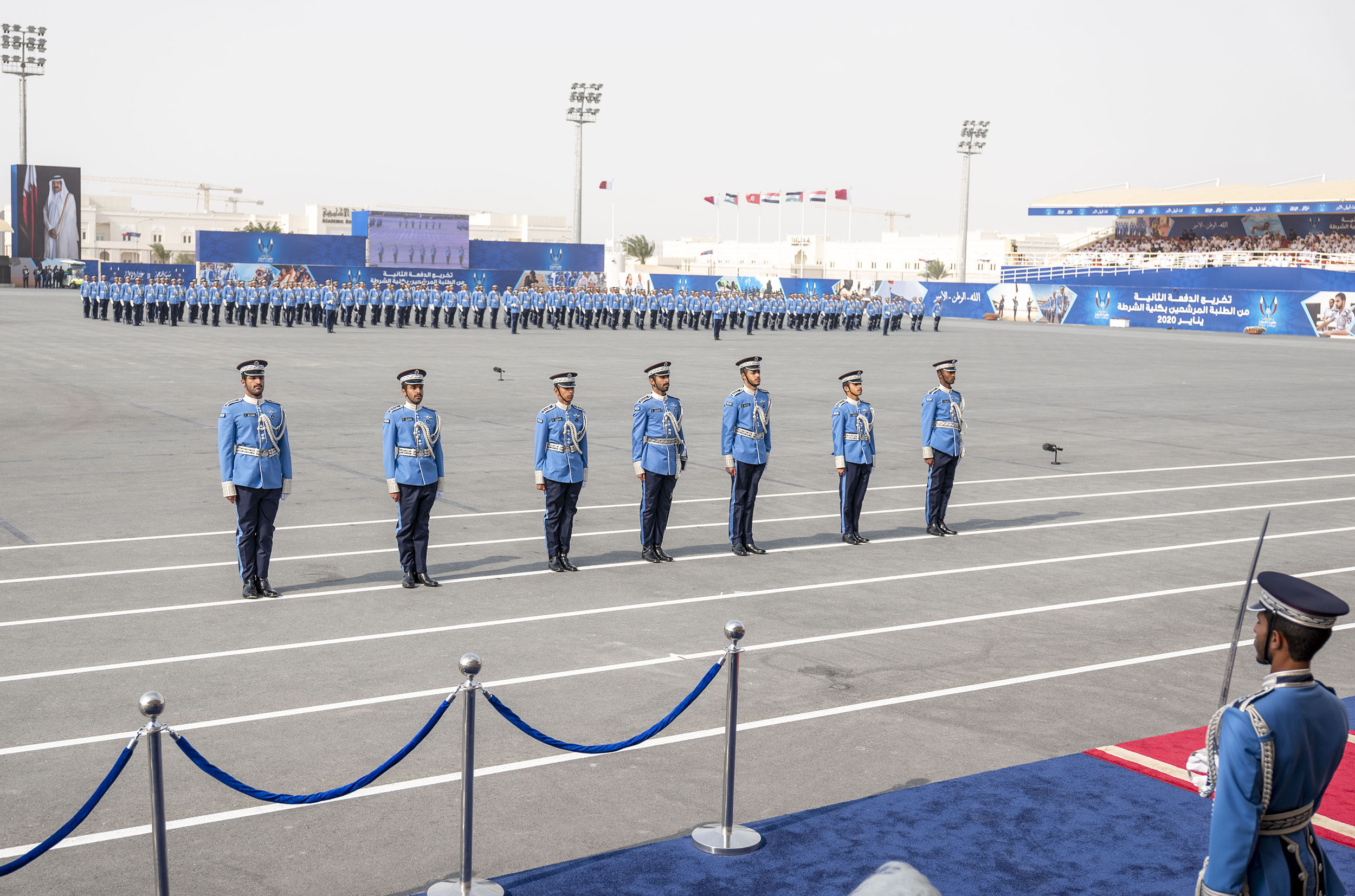 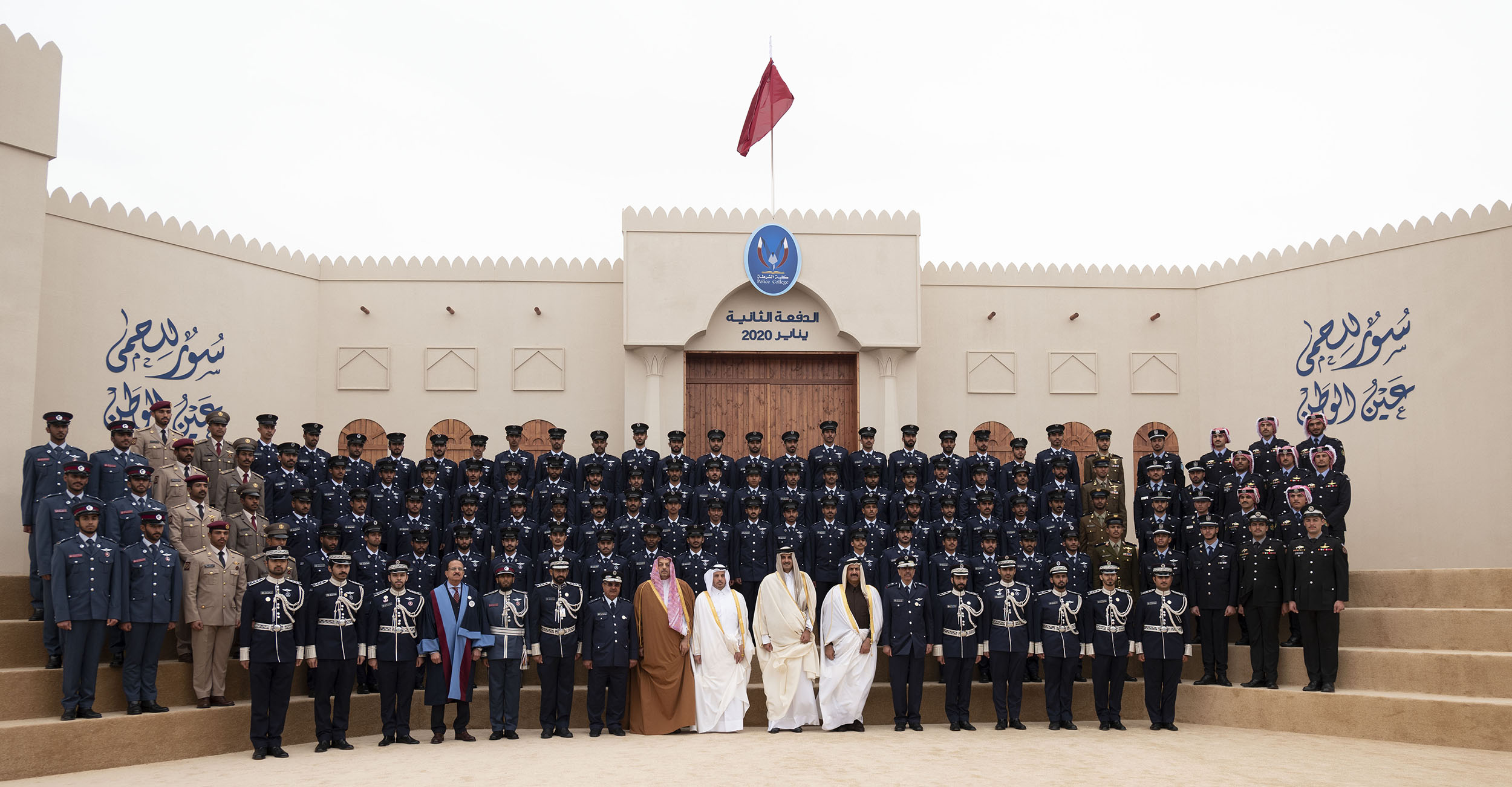 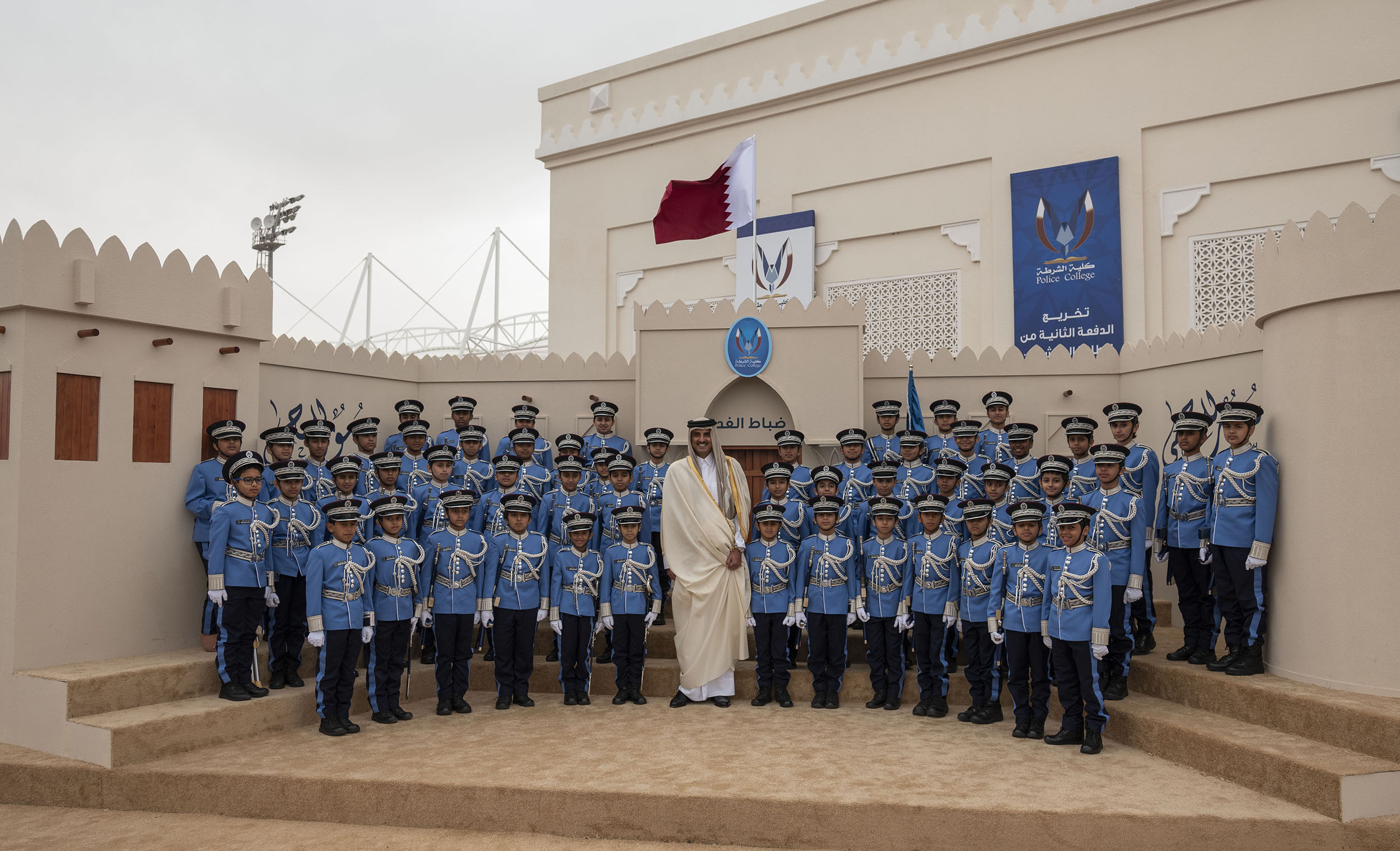 His Highness The Amir Sheikh Tamim bin Hamad Al Thani patronized the graduation ceremony of the second batch of candidate students of the Ministry of Interior's Police College at its headquarters in Al Sailiya on Thursday morning.

It was also attended by a number of Their Excellencies the Ministers, heads of diplomatic missions in the State and senior officers of the Ministry of Defense, the Ministry of the Interior, the State Security Bureau, the Amiri Guard and the Internal Security Force (Lekhwiya), in addition to a number of leaders of security and military colleges from brotherly and friendly countries.